In space, no one can hear you scream in frustration. 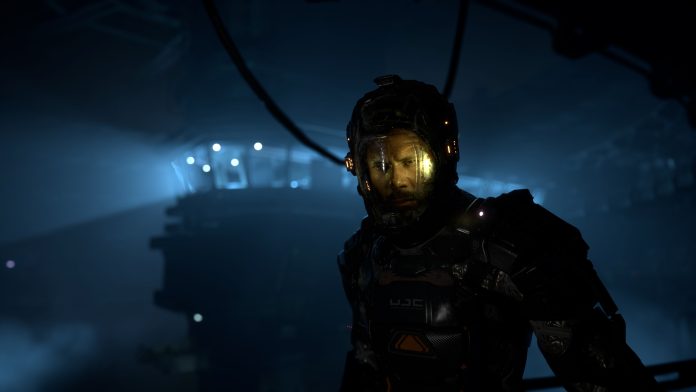 Gorgeous, immersive, and mildly frustrating. Those are the three things that are constantly running through my mind as I went through The Callisto Protocol—the first game from Striking Distance Studios led by Dead Space and Call of Duty franchise veteran, Glenn Scholfield.

Given how much of a massive fan I am of the Dead Space games, having replayed each of them to death (no pun intended) at this point, The Callisto Protocol was easily one of my most anticipated games of 2022. Leading up to the release, a number of marketing materials were posted boasting about how the horror element was such a crucial aspect that the developers were carefully crafting. 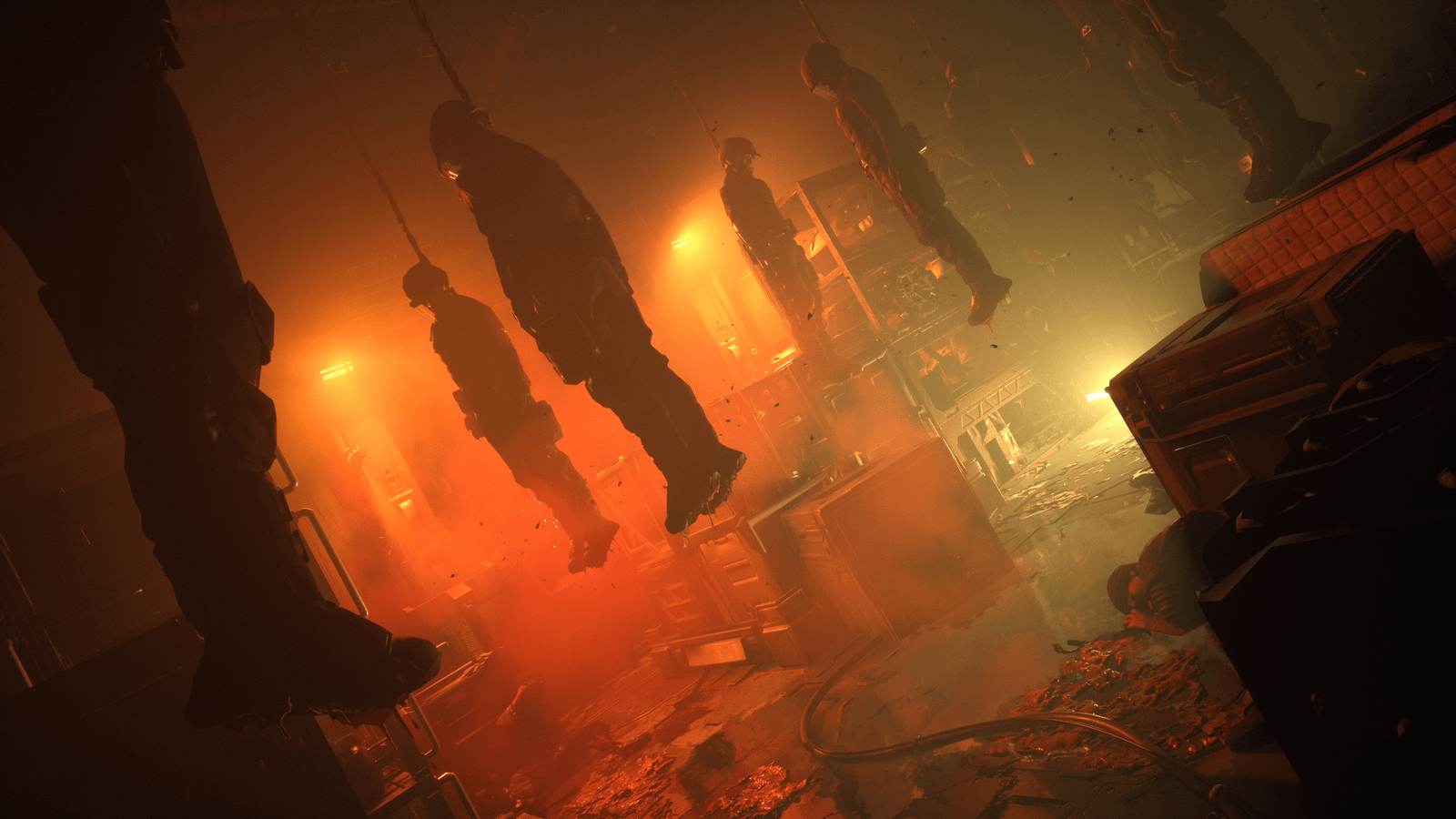 Game previews showed gruesome visuals, visceral combat, and a sci-fi horror experience that was going to be the definitive spiritual successor to Dead Space. Unfortunately, The Callisto Protocol doesn’t quite live up to the hype. With all focus seemingly placed on creating the undeniably immersive atmosphere, it seemed like everything else took a backseat.

Despite the glaring flaws The Callisto Protocol has, I still found myself enjoying it for the most part. This is no game of the year contender but more of a summer horror action popcorn flick.

It’s worth noting that for the purposes of this review, I played The Callisto Protocol on a PS5 console. As of the writing, the launch state of the game on the Xbox and PC platforms were riddled with bugs and performance issues. The developers have already stated that a patch was coming in soon.

The opening hours of The Callisto Protocol has the game wearing its inspiration on its sleeves. If you weren’t informed beforehand that the game director and a lot of the developers at Striking Distance Studios composed of the team that birthed the original Dead Space, you would think that The Callisto Protocol was a blatant copycat. 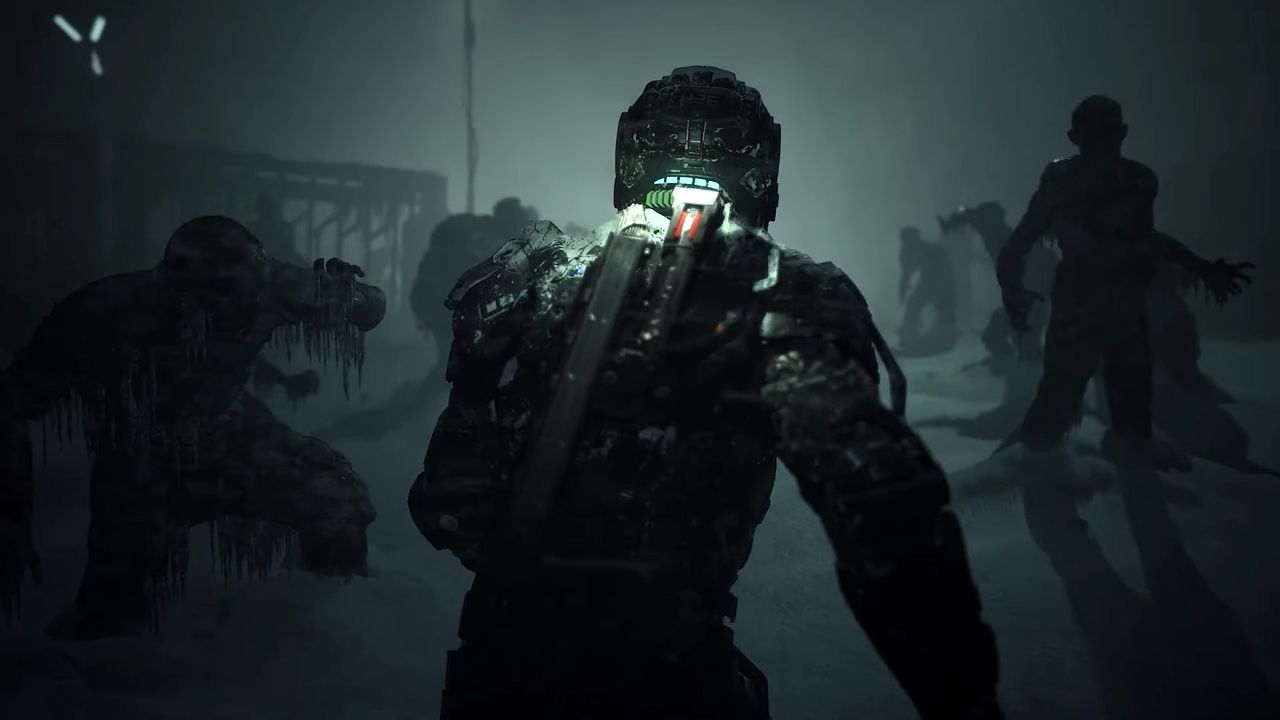 A lot of the key elements of Dead Space can be found within the game design of The Callisto Protocol which has mostly been a success. No surprise given how excellent these systems already have been since their inception. The diegetic UI makes a triumphant return which is something I wished more games try to incorporate. It’s a simple yet elegant way to fully draw the player into the game’s universe. Your health and telekinesis (now called GRP in-game) bar still appears behind the character model. Realistically, it doesn’t make sense but it still looks cool so I’m not complaining. And instead of the iconic “Cut of their limbs” written in blood on the wall imagery, it’s now “Shoot the tentacles”.

You play Jacob Lee, a cargo ship pilot that is currently having the worst day on the job. Again, much like Isaac Clarke, gaming’s unluckiest engineer, Jacob is just suddenly thrust into a situation where he has to survive through hordes of terrifying creatures and uncover how and why everything went downhill.

The Callisto Protocol’s narrative isn’t anything special. It’s a relatively short campaign that took me about 15  hours to complete. The cast of characters you meet along the campaign doesn’t do much to be memorable save for maybe one or two. Luckily, the cast provides enjoyable enough performances that are most definitely elevated by the fantastic facial capture. I always look forward to the next cutscene even though most of them are few and far between and end almost instantly before I can fully enjoy the visual treat. 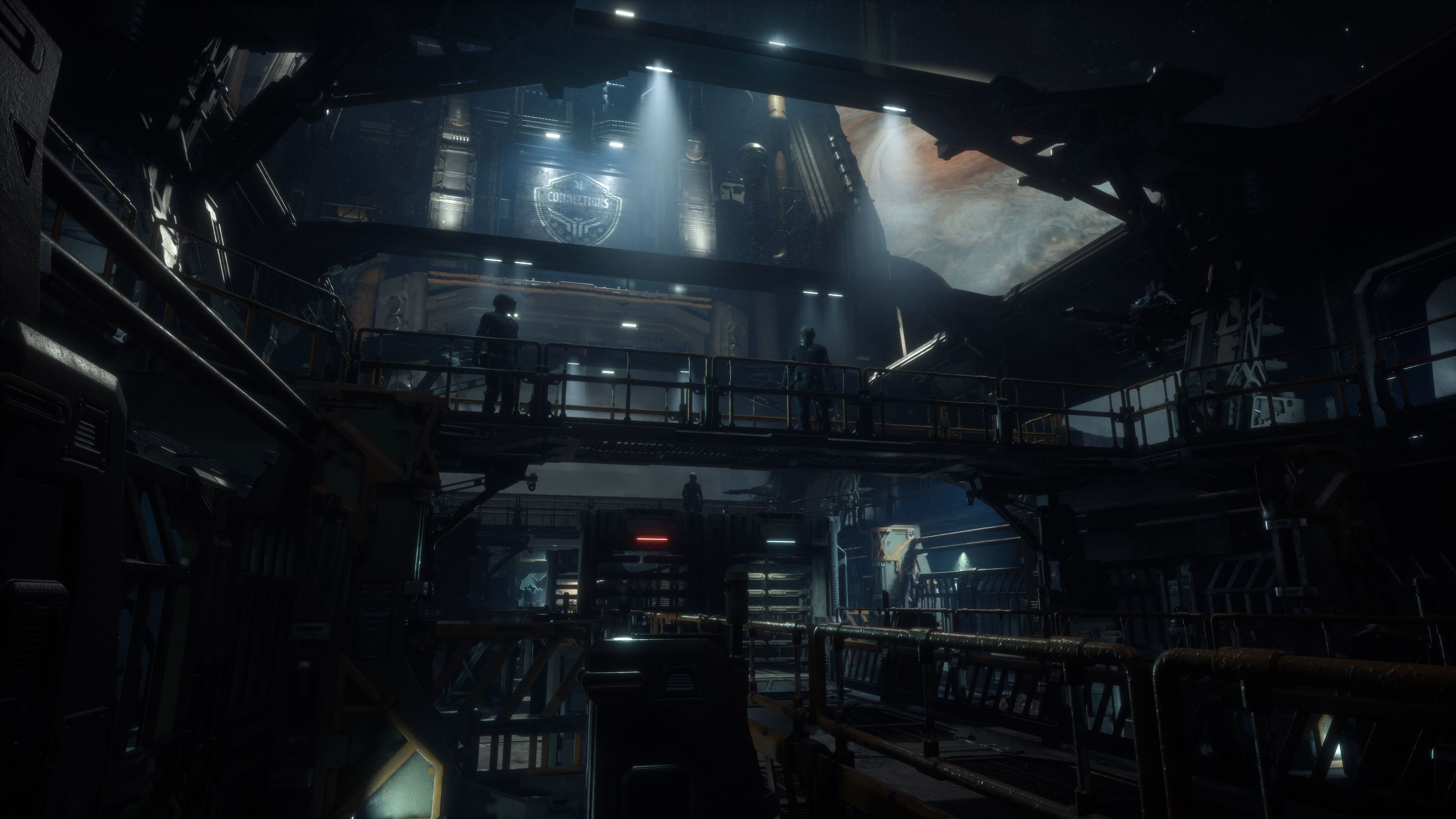 The Callisto Protocol’s visuals are, for lack of a better term, out of this world in terms of graphic fidelity and how dense each of the environments are in Black Iron Prison. Character models are fantastic with fluid animations and highly expressive faces. Each level is rich with detail and I often find myself taking in what I’m seeing. Everything from the lighting to the particle effects all adds up to create one of the best-looking games of 2022. Pair it all with the excellent audio design and The Callisto Protocol easily wins my best in atmosphere award. This game is a visual and auditory treat.

A few hits and misses

Combat in The Callisto Protocol is in a very interesting place in the sense that while on one hand, it looks and feels amazing with the animation, VFX, audio, and DualSense 5 integrations all coming together to create a crunchy and satisfying experience, the other side sees the entire system be riddled with questionable design choices.

You have three core tools to use at your disposal. The GRP glove, which basically functions the same as Dead Space’s telekinesis, a stun baton, and a gun. All of which are upgradable in various stations around Black Iron Prison.

While Jacob has ranged options, it’s obvious that the combat system heavily favors getting up close and personal. The stun baton is the star of the show here. As I said, it looks and feels great to use. Each hit has satisfying audio and visual feedback which extends through the haptics from the DualSense 5 controller. The problem lies in the way that The Callisto Protocol enables the player to block and dodge incoming attacks. 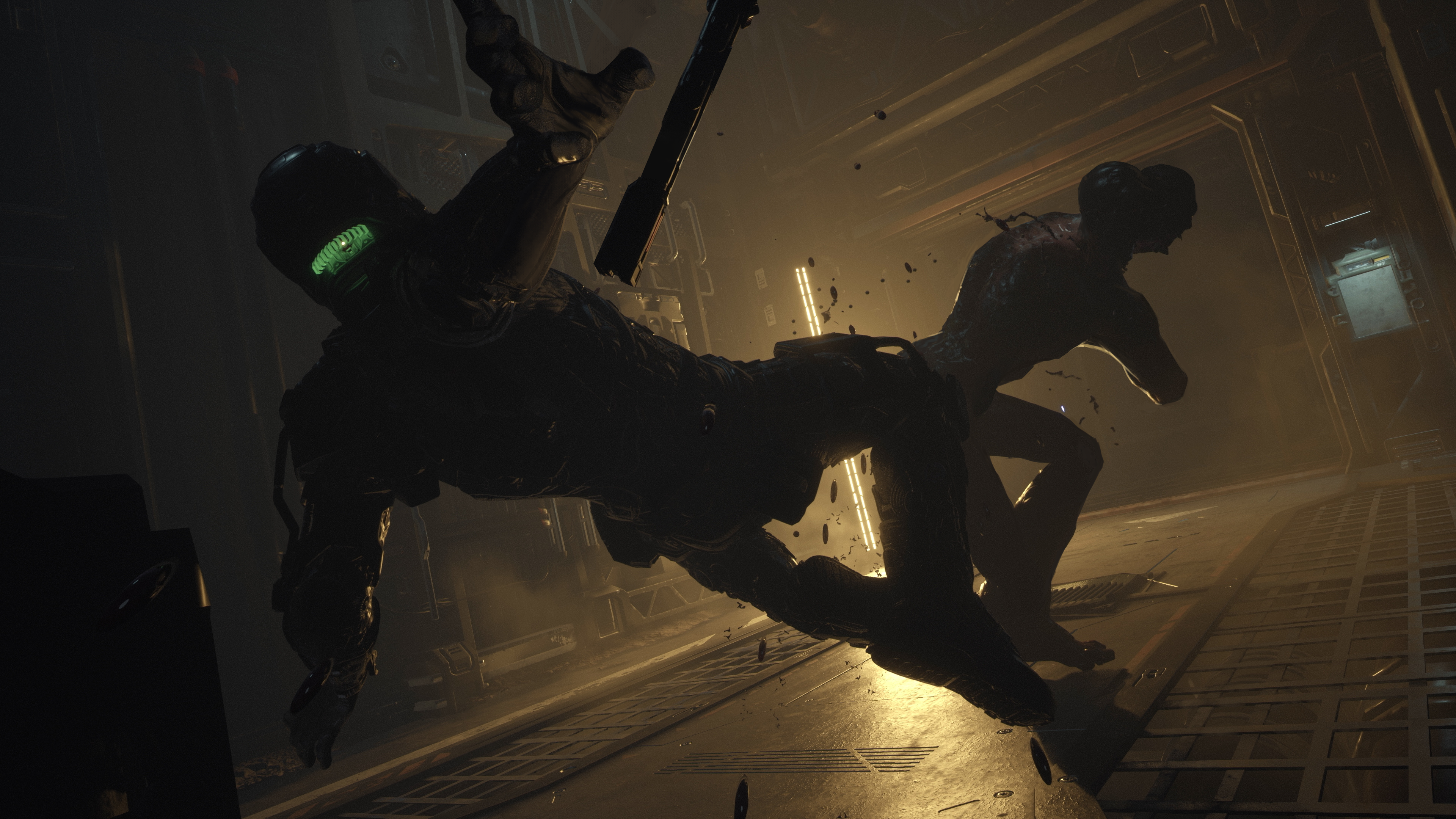 The gameplay mechanics for dodging are first introduced in a scripted slow-motion segment that does a terrible job of communicating to the player how to properly execute. All you need to do is to hold the left analog stick to the right or left before an enemy lands a hit. In order to block, you need to pull behind.

At first, I thought it would be depended on which side an attack would come from and this is further supported by how much the enemies telegraph their attacks before they hit. If the enemy is using their left arm, then I position the analog stick to the right to dodge. It turns out that the direction you choose is pointless. As long as you’re tilting the analog stick, Jacob will dodge attacks. While it does make combat easier, it also makes it boring at times given how little to no strategy is required. Dodge an attack, whack the enemy a few times, then shoot them in the face. Rinse and repeat.

The combat system is obviously designed for one on one engagements but there are times when the game will throw a number of enemies at you in relatively tight spaces. This is where combat feels the most awkward. Jacob is not a protagonist that has a lot of mobility. The easiest strategy I had was to GRP some enemies away and hope that they don’t run back fast enough before I finish whacking away at one of their friends. That or I just throw them in an environmental hazard like wall spikes or moving gears if there is one.

At first, I really wasn’t feeling how the combat system was designed but it slowly grew on me. From what I can tell, there is a lot of mixed reception towards The Callisto Protocol’s combat. Some people enjoy simplicity while others get frustrated at the lack of options. For me, I’m in the middle. I enjoy bonking monsters and popping bullets in them but not when I’m getting ganged up by multiple mobs. One thing’s for sure, the final boss may pose some problems for those who are in higher difficulties.

The Callisto Protocol is easily one of the most linear games released recently. In an age where almost every other game is trying to get in on the open-world craze or at least some element of exploration, The Callisto Protocol does away with all of that. The entire campaign is basically one long corridor. 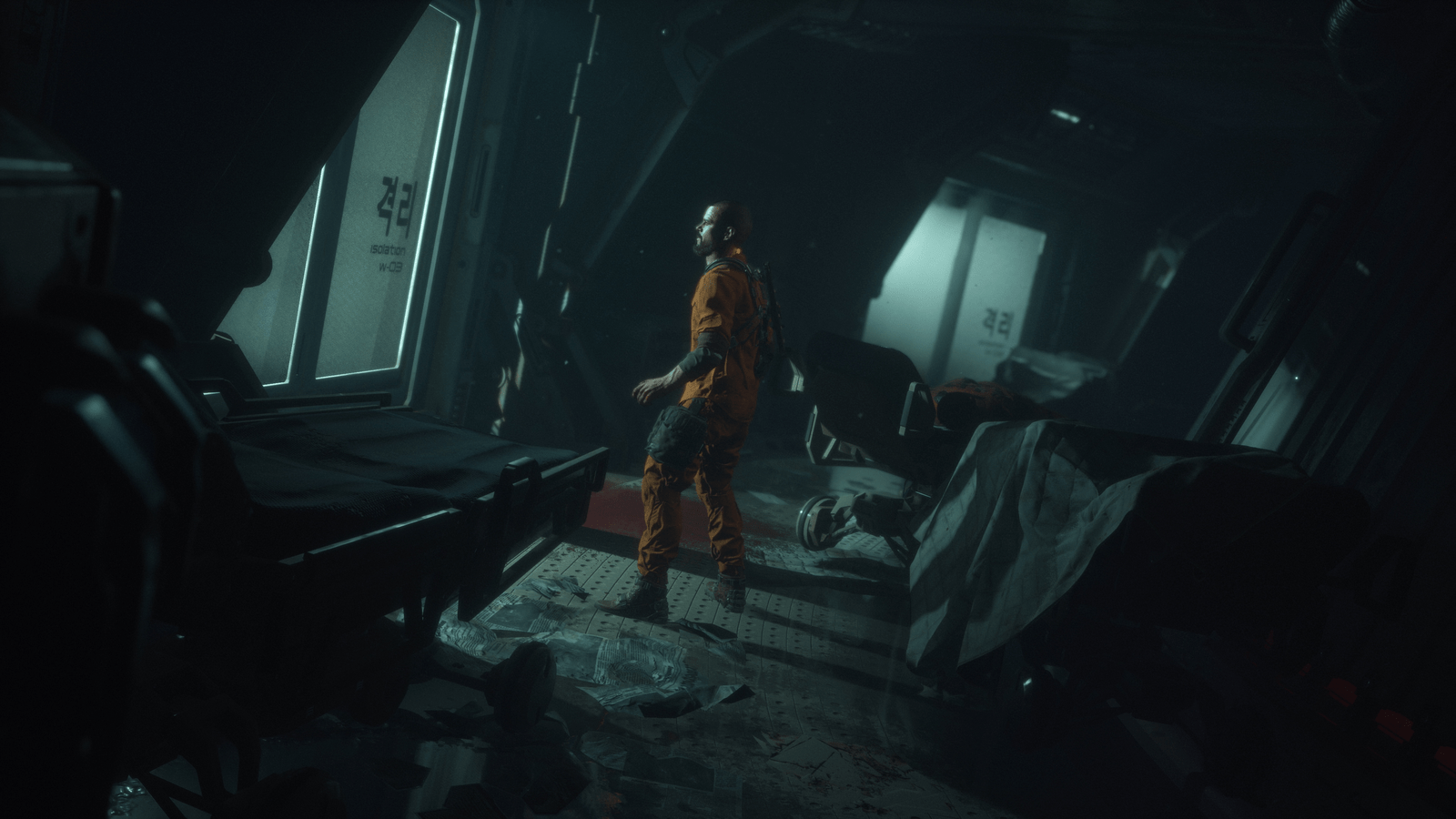 There are no puzzles whatsoever. All you have to do to progress is find a fusion box to open the door to the next area. Repeat till the credits roll.

There is a segment early on in the campaign where Jacob is told to follow a red pipe to get to a specific location. Shortly after, I forgot this was even a thing and just kept progressing on my own. I suddenly saw the red pipe again and realized that I wasn’t even actively trying to follow it and yet here it was. I backtracked a little and saw that there really is no other path.

All the red pipe did was emphasize just how linear the environment can be. Maybe there will be an off-the-beaten-path here and there but they’re barely worth it as you’ll mostly get ammo and health packs.

It doesn’t help how there is an annoying abundance of slow crawling through tight areas and vents, the latter of which is the worst offender of all. At first, it was tension-filled gameplay scenarios as I don’t know if a creature will suddenly just burst out of nowhere and come face-to-face with Jacob in such a tight vent but there will be times when you will just hold down the forward button for maybe half a minute or more.

There is little to no exploration in Black Iron Prison. A shame really given how breathtaking the place is. I want to explore more of the prison and see more of The Callisto Protocol’s universe but the game just won’t let you. The visuals alone make the entire package worth getting but don’t expect a lot of freedom in terms of where you can go.

There are no collectibles aside from very short audio logs from the various staff of Black Iron Prison. You can go through the campaign without ever having to worry about finding these since none of them offer any valuable insight or context about the story or the area you are in. A massive missed opportunity to flesh out the world.

Perhaps the most disappointing part of The Callisto Protocol was how little it scared me. The game relies heavily on cheap jumpscares that become way too predictable far too early in the campaign. The gore system is visually impressive but it becomes overused to the point where it felt like I was already desensitized to it eliminating the shock value the developers were clearly going for. I rarely found myself being scared to walk through long corridors or turn to a corner as I mostly just ran my way from one area to the other. 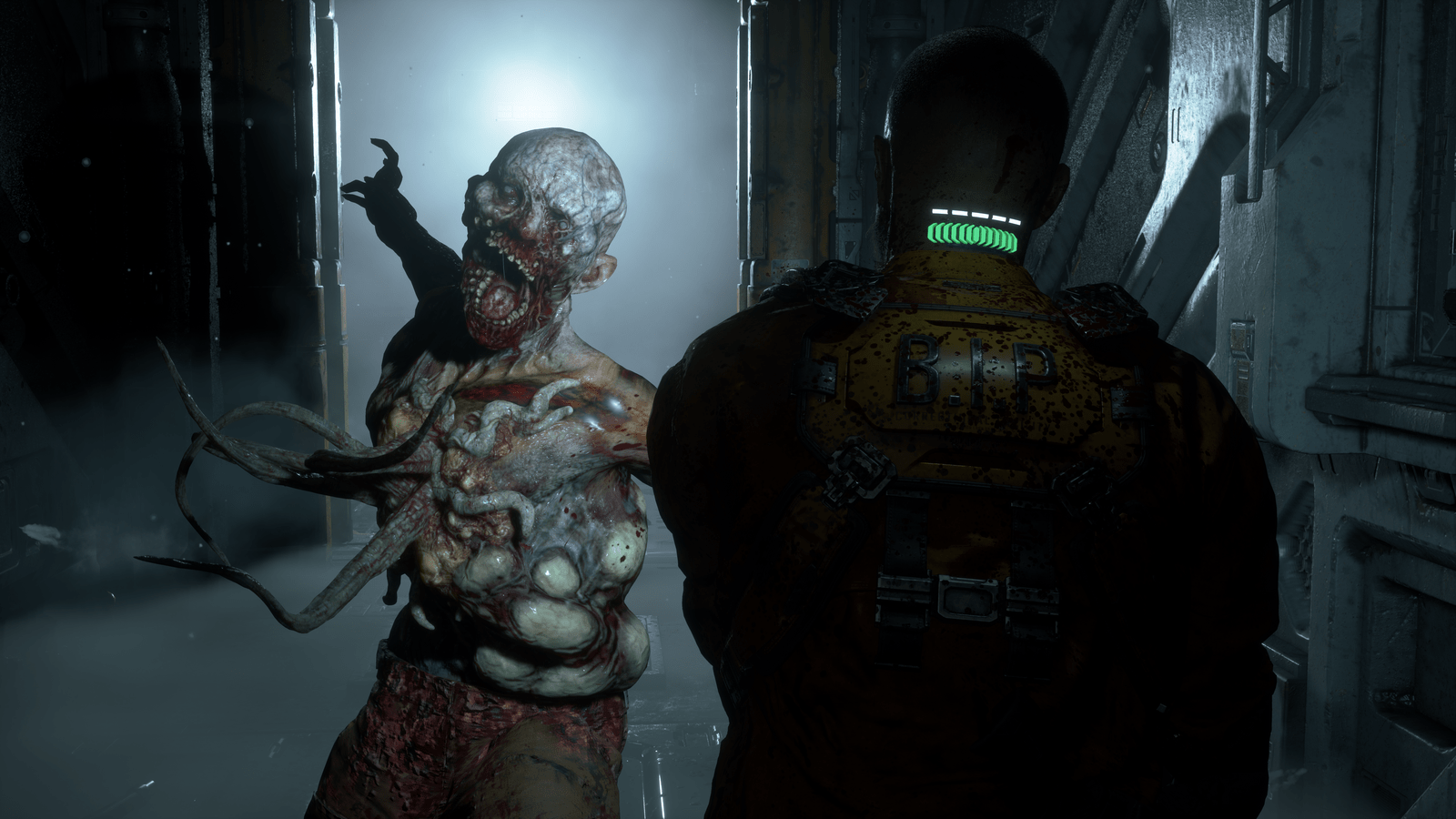 While the game may not have fully reached the promise of being the next generation of modern horror gaming, it definitely has a number of enjoyable aspects that I only see improving if future sequels are in store.

The Callisto Protocol is by no means a bad game. For all the flaws it has, I still enjoyed my time running around Black Iron Prison, bonking one zombie to death after the other. Is the story something that stuck with me after the credits rolled? No. Is this a universe that I would love to see further developed and explored? Absolutely.

A visually stunning horror experience that is more thrilling than it is scary. The Callisto Protocol felt like it took the safer route when it came to designing its gameplay systems which ultimately hinder it from reaching its full potential. It always had the unfortunate status of living under Dead Space’s shadow and still, it didn’t do much to break away from it. The Callisto Protocol Review | Fascinating Next-Gen Experiment