Yakuza’s cabaret mini-game will return in Like a Dragon: Gaiden

Everyone's favorite Yakuza mini-game is coming back in Like a Dragon Gaiden! 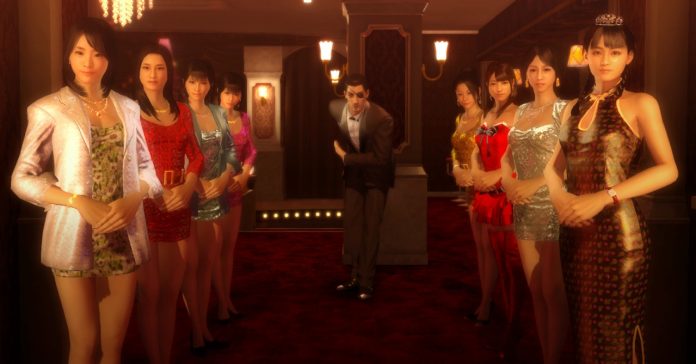 The fan-favorite cabaret club mini-game from Yakuza 0 and Yakuza Kiwami 2 will return in Like a Dragon Gaiden, as confirmed by RGG Studio.

Specifically, RGG Studio confirmed via Twitter that the upcoming title Like a Dragon Gaiden will feature the return of the cabaret. Though there are not a lot of details about it yet.

The cabaret mini-game will be returning in Like a Dragon Gaiden: The Man Who Erased His Name! https://t.co/OYXuAafCWb

In case you’re unfamiliar, the cabaret club is an extensive mini-game in Yakuza 0 and Yakuza Kiwami 2. How it works is that players must manage a cabaret club by hiring hostesses to work at the club. Each hostess has unique stats which you must keep in mind when building your lineup. You can improve some of your hostess’ stats by giving them makeovers.

Aside from the management aspect, the cabaret club features a mini-game where you manage a shift. Basically, you direct which hostess will join a customer.

It might seem a bit weird at first, but believe me, it is one of the best and most compelling mini-games in the series. On top of compelling gameplay, the cabaret club has a memorable and hilarious story filled with lots of notable characters. If you played Yakuza 0 or Kiwami 2 without touching this part of the game, you should definitely go back and check them out!

Meanwhile, Like a Dragon Gaiden: The Man Who Erased His Name is an upcoming spin-off of the series, and it stars Kiryu and follows his story from after Yakuza 6 leading up to the events of Yakuza: Like a Dragon.

Given that Gaiden will star Kiryu, we’re hoping that the cabaret club’s return means we’ll also get to see familiar faces like Yuki.