A Spy x Family musical will be performed in 2023 starring these super-cute actresses as Anya! 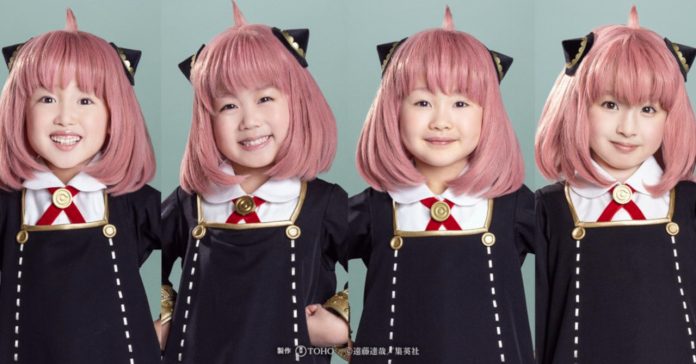 Spy x Family is one of this year’s biggest anime hits, and it is getting a stage musical adaptation in 2023 featuring four adorable actresses as Anya Forger.

Specifically, these four actresses are Risa Masuda, Aoi Ikemura, Miharu Izawa, and Miharu Fukuchi, and they will all play everyone’s pink-haired telepath. Their casting was announced on the musical’s official Twitter account.

So, why are there four Anya’s? While not mentioned in the announcement, in a typical stage production, main roles are typically played by two actors given how difficult and tiring it is to play lead roles in plays. What’s more, a child actor can only work for a limited amount of time, hence the need for four actresses for Anya.

Along with the reveal of Anya’s four actresses, a showcase was also made on Japanese TV featuring one of the actresses who is joined by Loid and Yor.

Meanwhile, here is the rest of the main cast:

The Spy x Family Stage Musical will initially run at the Imperial Theatre in Tokyo from March 8 to 29, 2023. This will be followed by runs in other cities across Japan, including Nishinomiya, Fukuoka, and more.