Suisei hits it out of the park with her The First Take performance! 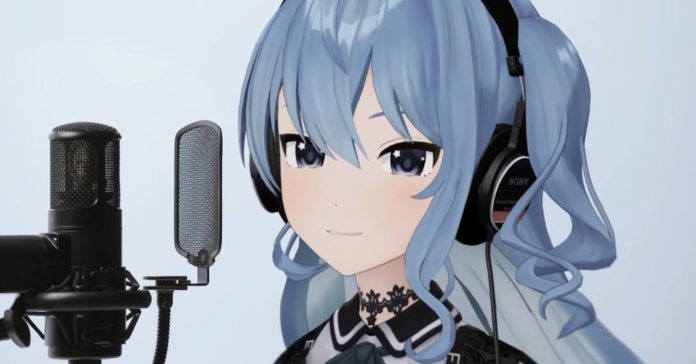 Hololive’s Hoshimachi Suisei continues to impress as she just became the first ever VTuber to perform at The First Take.

In case you’re wondering why this is a big deal, The First Take is a popular Japanese YouTube channel that features some of Japan’s artists and bands. The concept of the channel is that each artist/band has one take to perform their song, making it feel more “live” than a typical performance.

To give you a better idea, The First Take has features popular Japanese artists such as Lisa (of Demon Slayer and SAO fame), YOASOBI, Aimer, and many more. There have even been big Western artists that performed there, including the likes of Harry Styles and Avril Lavigne.

Now, Hololive’s Suisei is among the artists to have been invited to The First Take, and her performance of Stellar Stellar does not disappoint! Check it out here:

Aside from her seriously impressive vocals, what makes this performance unique is that it features Suisei in her virtual form, albeit still at the First Take’s studio.

Fans of Hololive are probably not surprised by how well she did given how she’s among the most popular singers of the agency. Now, even those who are not familiar with Hololive and VTubers in general will get to experience how impressive her vocal chops are.

If you’re one of those who only stumbled upon Suisei in this performance, she’s a VTuber who has been active for a couple of years now. Aside from her original songs, Suisei also streams on her YouTube channel while playing games.

In the meantime, you can also check out her other original songs here:

Plus, her songs are all on Spotify — great news if you’re looking for some new music.

Most performers on The First Take perform two songs. Because of this, you may want to keep an eye out for another Suisei performance soon!