SEGA has another Lunar New Year Sale, this time on Steam! 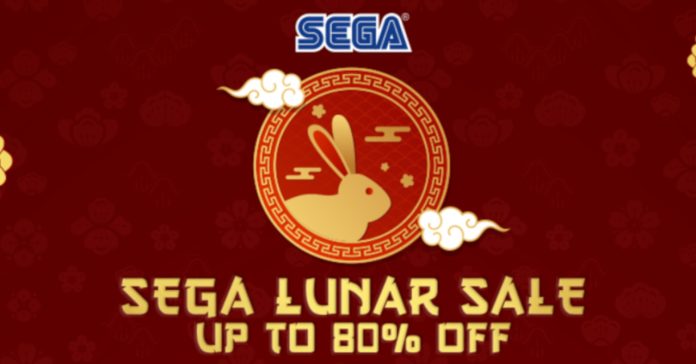 After announcing its CNY promo for PlayStation, SEGA announced another Lunar New Year Sale for 2023, this time on Steam!

During this sale, select SEGA and Atlus titles are on special offer on PC, with discounts of up to 80% off on a selection of games. 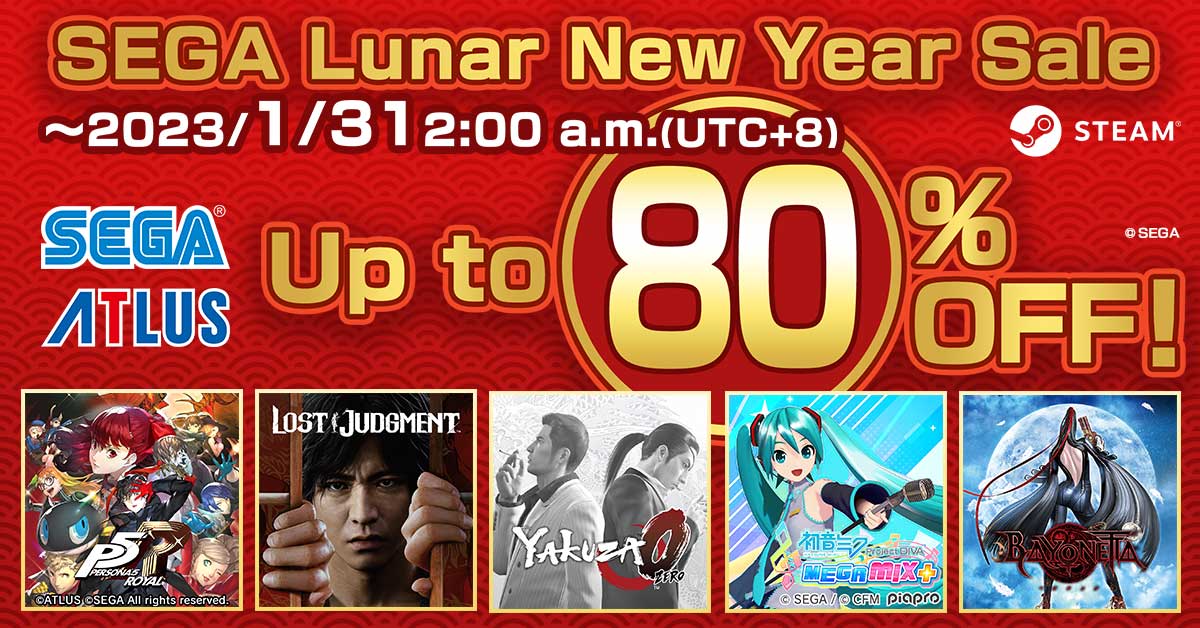 There are lots of games on special offer during the sale, but if you’re at a loss about what to select, here are some of the highlights.

For starters, there’s Persona 5 Royal, the enhanced version of Atlus’ Persona 5. Even if you’ve played the first game, Royal is still well worth getting as it adds a ton of new content such as a new character, locations, and even an extra semester. Plus, it’s a great game to play, even for those who are new to JRPGs.

Another game worth checking out is Lost Judgment, the detective action game that’s a spin-off of the Yakuza series. Don’t worry though, even if you’ve never played a Yakuza game, Lost Judgment is a fun game thanks to its satisfying combat, great story, and impressive recreation of Tokyo’s Kabukicho district and Yokohama’s Isezakicho.

Other games that are on offer include the classic Bayonetta, Hatsune Miku: Project DIVA Mega Mix+, and many more.

Don’t miss out on these deals by heading over to the SEGA Lunar New Year 2023 Steam Sale page right now.

- Advertisement -
Previous article
Netflix releases a full slate of Korean content for 2023!
Next article
Barbie (2023) is coming to Philippine cinemas this July