The Witch from Mercury's season finale was a shocker that we still can't get over from. 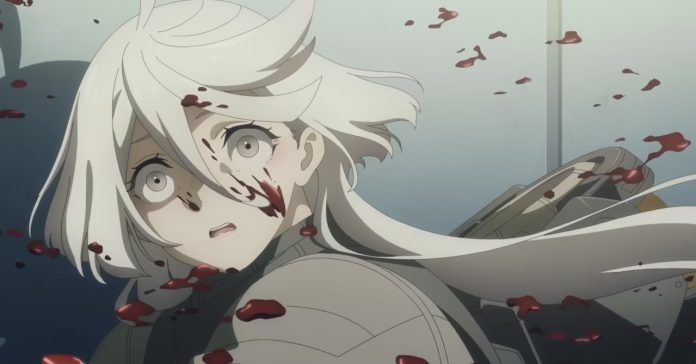 Just in case you’ve been off the grid, or haven’t been up to date with your Gundam shows by choice, Mobile Suit Gundam: The Witch from Mercury is the latest installment in the historic franchise. It wrapped up its first season yesterday, and the hype has yet to die out. 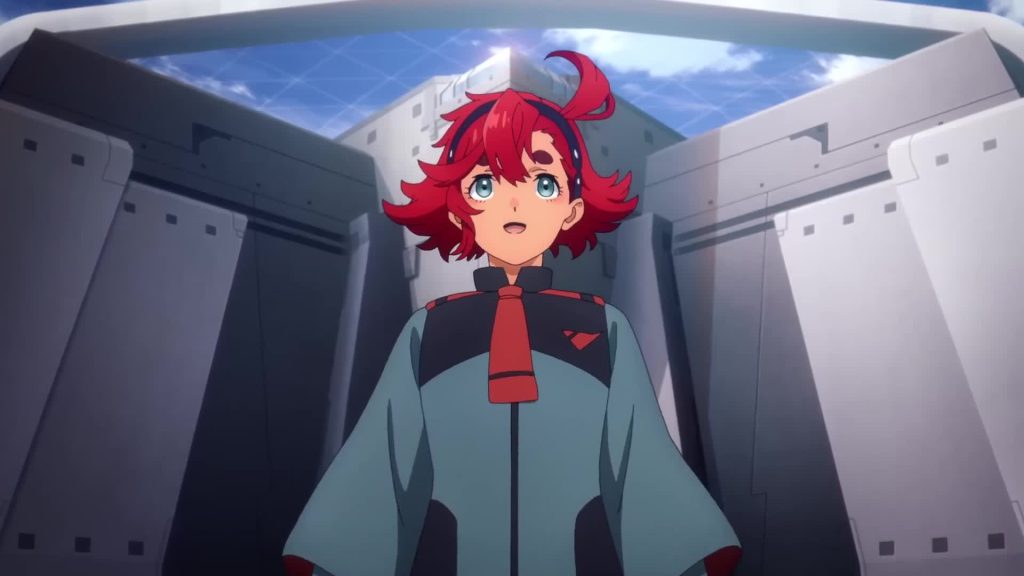 It follows the unusually cheerful exploits of Suletta Mercury, a teenage “spacian” who finds herself dealing with the deepest, darkest horrors one would have to contend with at her age–high school life. Well, for the most part.

SPOILER WARNING: Now, if you haven’t seen all 12 episodes of the series, now’s the time to go ahead, binge out, and perhaps come back. We’ll be talking about why this unusually charming show fits snugly into the gritty Gundam mythos. We won’t be holding back.

Also, no one read the novels. So, we’re skipping whatever was written down there. Let’s dig in.

This ain’t the yuri you were looking for

Okay, first off, my sympathies to all the newcomers who were just having a good time. We all took part in the shenanigans pulled by Suletta and the gang. We cheered when ChuChu clocked that girl in the face. We laughed our hearts out when Guel suddenly proposed to Suletta after getting his ass handed to him. It was a slice of life, and it was great. 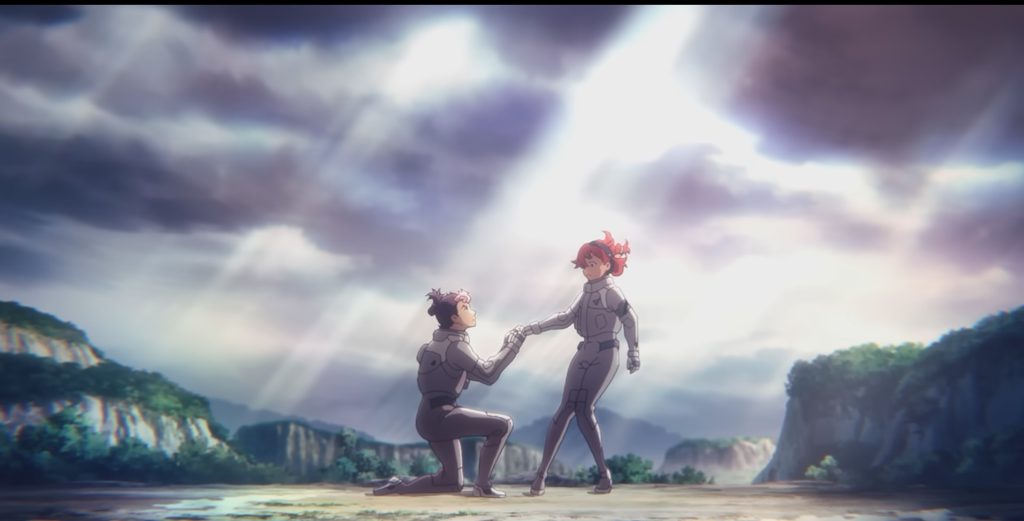 Let’s not forget the “bride”. Miorine Rembran. It was quite the rough start, but she and Suletta finally got the ball rolling. By episode 11, we were fully invested. It actually made most of us forget that this was a Gundam series, and there was one more episode to subvert our expectations.

Episode 12, entitled “Keep Marching on Instead of Running Off” really did its work in solidifying fan theories and speculation during the season. It also gave what a lot of long-term fans have either been clamoring for, or just waiting in bated breath to happen–trauma and war crimes. 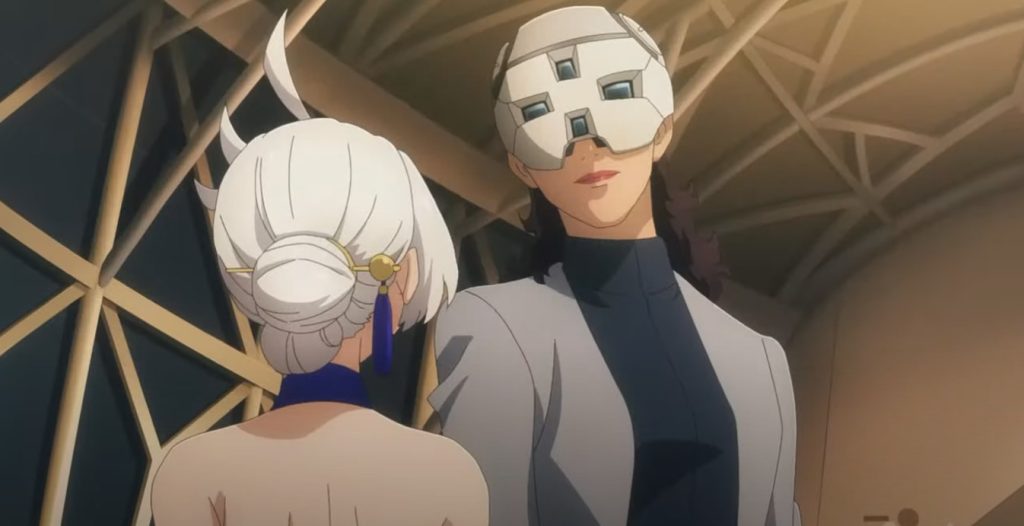 One question people ask: just who the hell is Prospera Mercury, really? Is she genuinely the Elnora we were introduced to in the beginning? Is she still the same loving, caring mother who’s probably (rightfully) a bit jaded and rough around the edges decades later? Or is she a criminal mastermind who manipulates her way through life–even at the expense of her daughter?

There’s also an interesting theory behind, “If you run, you gain one. If you move forward, you gain two.”

Is it actually just a nice motivational quote, or is it Prospera’s secret key word a la Manchurian Candidate that trigger’s Suletta’s sudden shift from dorky, awkward teenager to dorky, awesome killing machine? Her manipulative nature has been built up in the series, but episode 12 sealed the deal. 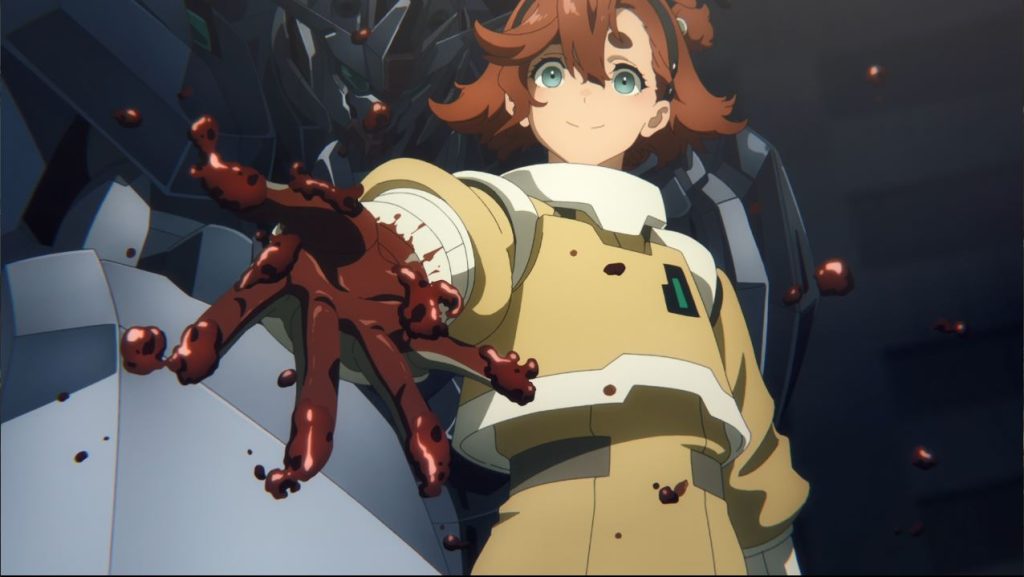 Oh, and there’s also that theory about Suletta being a clone with her brain being Aerial’s subconscious, but that’s a bit of a stretch…for now.

Guel “Bob” Jeturk has been the series’ unwilling punching bag since episode 1–and yet, we all love him to bits. From cocky, arrogant rich boy, to total simp, to master camper–he’s been through it all. He even got a job, and named himself Bob. 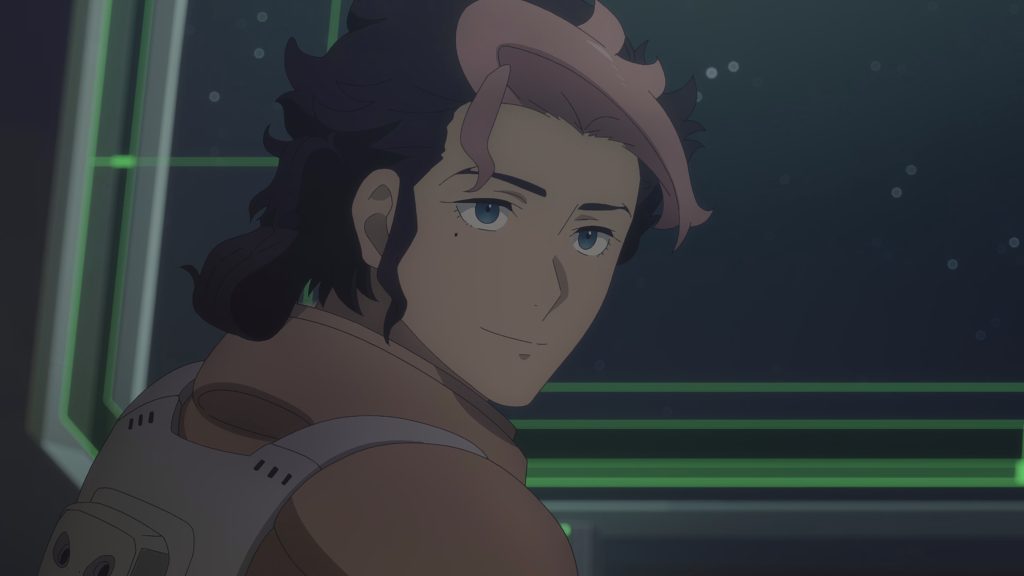 But alas, we need at least one character to suffer from crippling PTSD (such is the Gundam way), and Bob’s pretty, pink head was on the chopping block. After a series-long bout with daddy issues, he…actually resolved them. It just didn’t go according to plan. 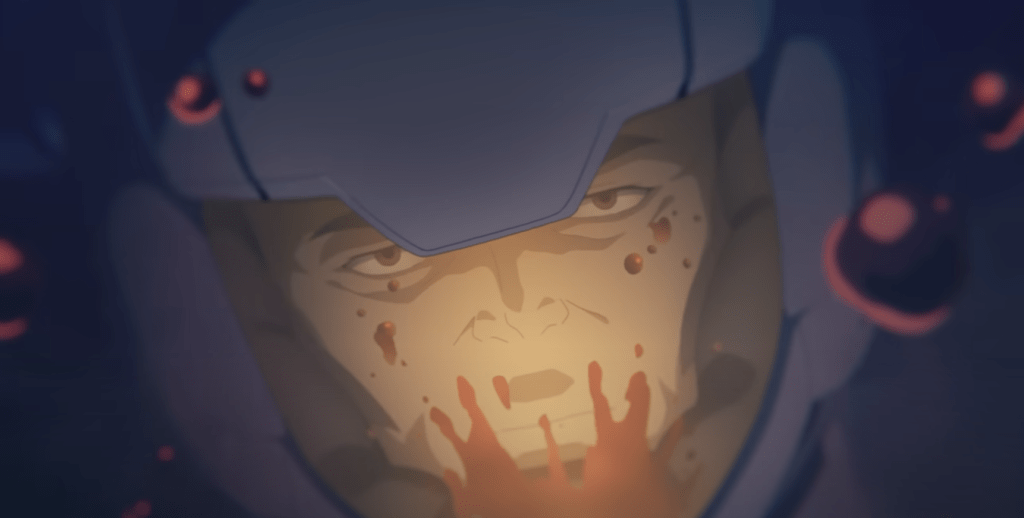 She’s been a fan favorite, and a nice foil to all the craziness in Earth House. The bonafide straight woman (in more ways than one) who helps everyone in need the best way she can. A true friend, Nika Nanaura. I mean, come on. How can this girl possibly do anything wrong? 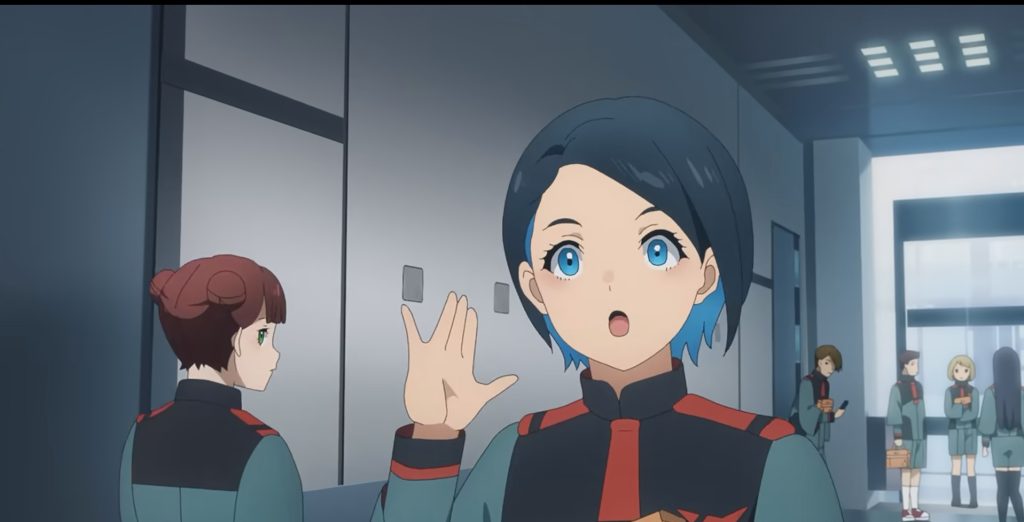 Well, given her past, cryptic exchanges with Malibu Sephiroth-I mean, Shaddiq Zenelli, everyone’s been wondering what’s up. Things did take a turn for the worse in later episodes, where it’s heavily implied that Nika’s been doing some underhanded spy work for the Zenelli’s–and basically allied herself with them.

Well, things couldn’t have been clearer in episode 12.

Whether it’s blackmail or she’s straight-up evil, Nika’s another character we’d like to see more of in part 2. Let’s just hope ChuChu doesn’t find out. Or at the very least, let’s not hope things don’t get out of hand. 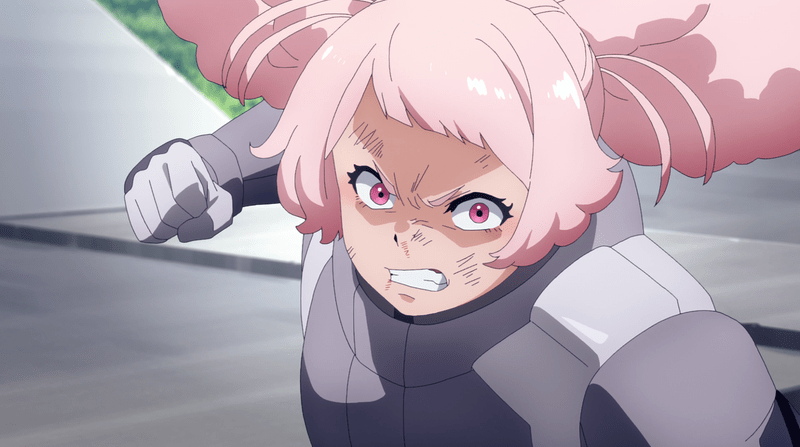 So, we’re finally here. Season 1 part 1 is done, and the ACTUAL Gundam series can begin. Prospera’s more out in the open, GuelBob is broken, Miorine’s heart is frozen, and Suletta’s, well, awoken. It’ll be fun to see how things unfold.

As someone whose last G-series was Iron-blooded Orphans (IBO), the initial episodes of G-Witch were quite refreshing. That being said, I kept waiting–unnecessarily, for horrible things to happen. What can I say, IBO was kind of messed up, to say the least. Then again, it’s not like the earlier Gundam shows were any purer either. 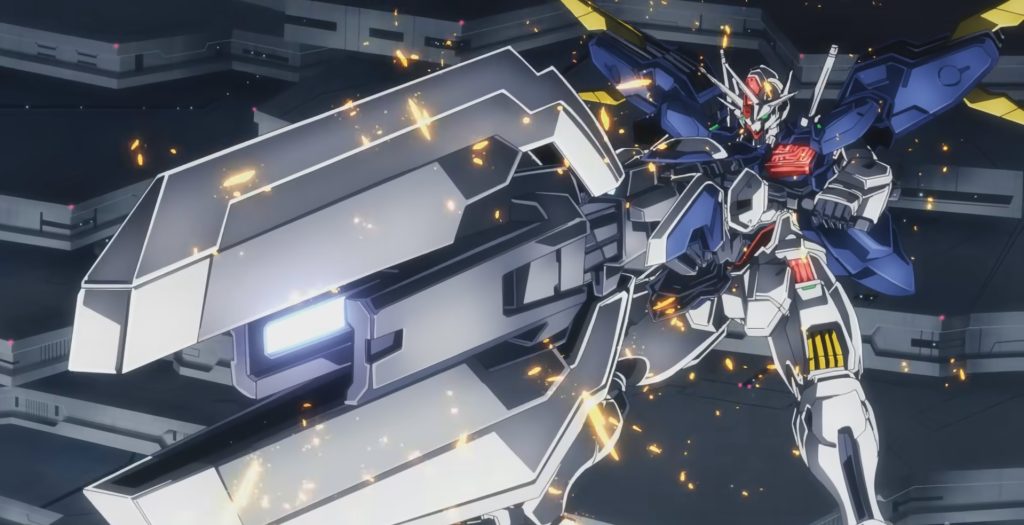 War, murder, subjugation, dropping colonies on Australia–extreme stuff. This is what Gundam fans WOULD expect, and nothing less. But I’m no purist. I enjoy simple, cultured things–and The Witch from Mercury was quite the breather right before diving into the grim dark once more.

Mobile Suit Gundam: The Witch from Mercury might not be as messed up as War in the Pocket or IBO, or as kooky as G, but it definitely has the potential to be a damn awesome series that brings the best of everything. Well, we hope so.

If you haven’t watched and wish to do so, all 12 episodes are on the GundamInfo Youtube channel.