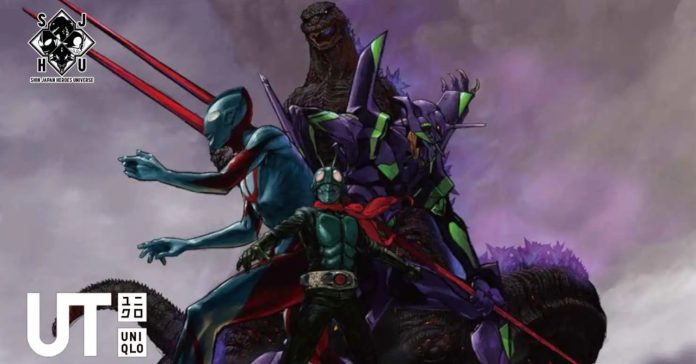 While many Evangelion fans might be familiar with Hideaki Anno, some may be wondering why he has a collection that features other popular Japanese IPs. That’s because Anno is also the driving force behind the recent “Shin” movies, including Shin Godzilla, Shin Ultraman, and the upcoming Shin Kamen Rider movie.

To celebrate Anno’s body of work, this new Uniqlo collection features several tees that have graphics based on the “Shin” tokusatsu movies along with Evangelion. There’s also another Shin Kamen Rider tee, this time in dark green with the words “I Will Fight” along with a view of the iconic helmet.

For Ultraman fans, there’s also a white tee based on Shin Ultraman, with a big graphic featuring Ultraman in his signature pose along with the words “Spacium 133.” Finally, there’s a grey Evangelion tee that’s based on Evangelion 3.0+1.0 — the last of the Rebuild movies.

While there’s no word yet on a Philippine release, it’s likely that it will be released in the country given that most UT collections also make their way to PH shores after their Japanese launch.

- Advertisement -
Previous article
Smart SIM Registration Made Easy: Here’s a Quick Guide
Next article
Everything Everywhere All at Once is coming to Disney+ Philippines soon