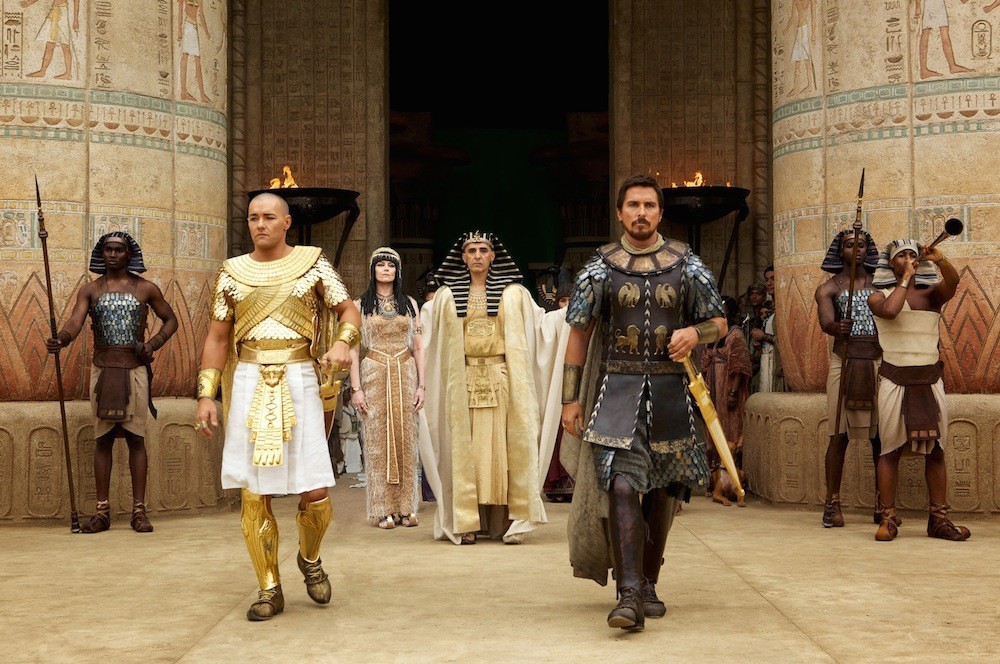 Ridley Scott’s newest movie, Exodus: Gods and Kings, is inspired by one of the most famous stories in the Bible. It stars Christian Bale as Moses and it’s all about his life and how he grows into the man that leads his people in an exodus from Egypt away from the pharaoh, Ramesses. Note though that this is JUST INSPIRED by the Bible and it’s probably not 100% faithful to the text. It’s important to stress this because just a few months ago we overheard a bunch of kids talking about how Noah was so bad ass (they probably watched the movie featuring Russell Crowe).

Based on the trailer it looks like we’re all in for a visual spectacle. Moses truly was one of the most epic stories in the bible and it will be awesome to just see the miracles unfold on the silver screen.