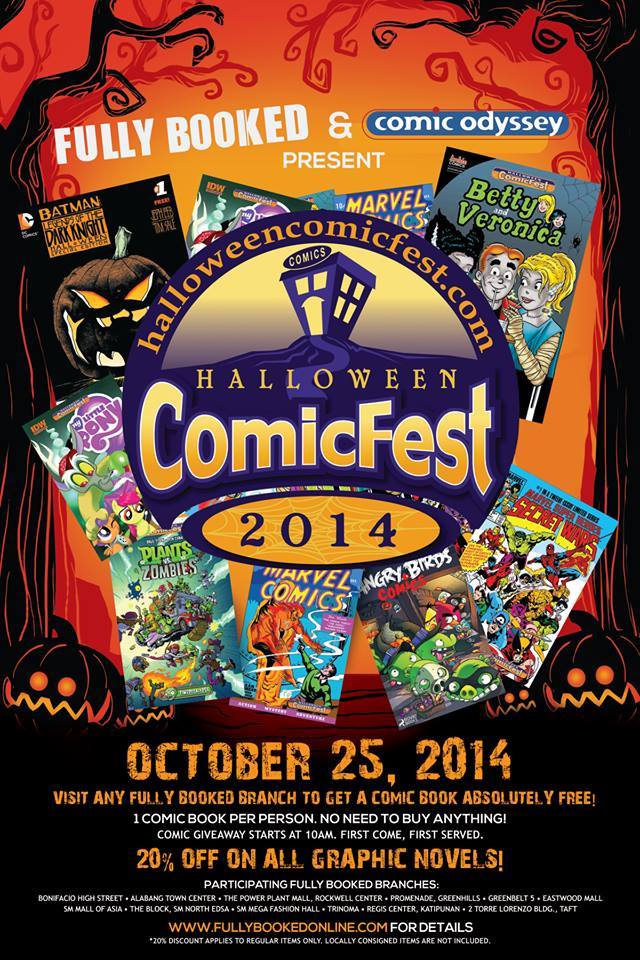 Looking to get your “Trick or Treat” game on early for this year’s All Hallow’s Eve? Then drop by Fully Booked and Comic Odyssey at Bonifacio High Street, Global City on Saturday, October 25th, for a chance to get some free comic books and celebrate the upcoming comic book event that sees “Every Spider-Man Ever” gather together for a Marvel Comics event like no other! 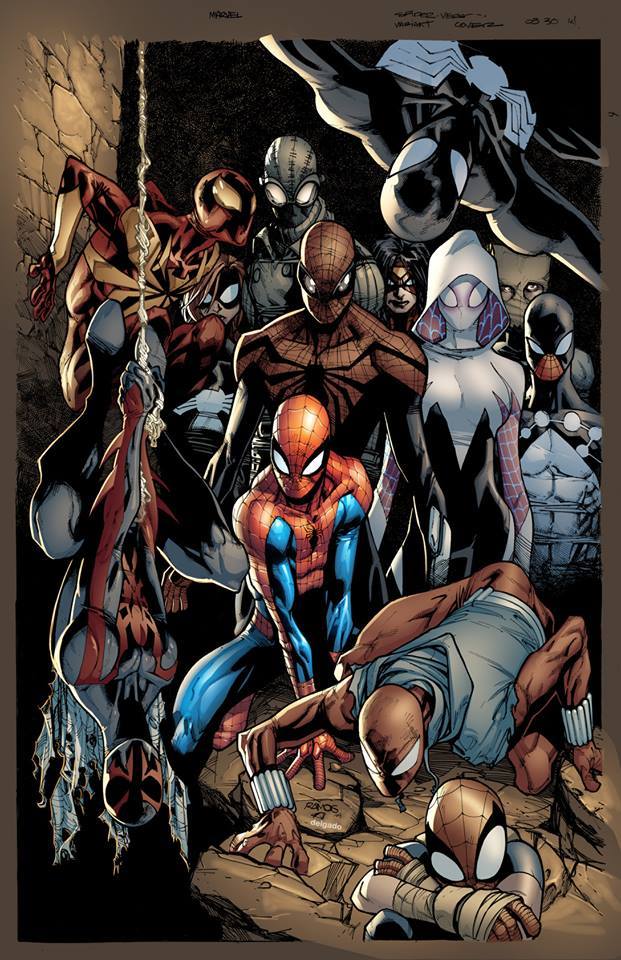 That means aside from Peter Parker, The Amazing Spider-Man, you’ll see the likes of Spider-Woman, Spider-Man 2099, Scarlet Spider, Spider-Girl, the recently introduced and popular Spider-Gwen, and even The Superior Spider-Man himself will team-up together… And it’s a big deal since writer Dan Slott said just about “Every.Single.One” will be appearing in this popular crossover, which will impact all things related to Spidey and beyond for years to come! 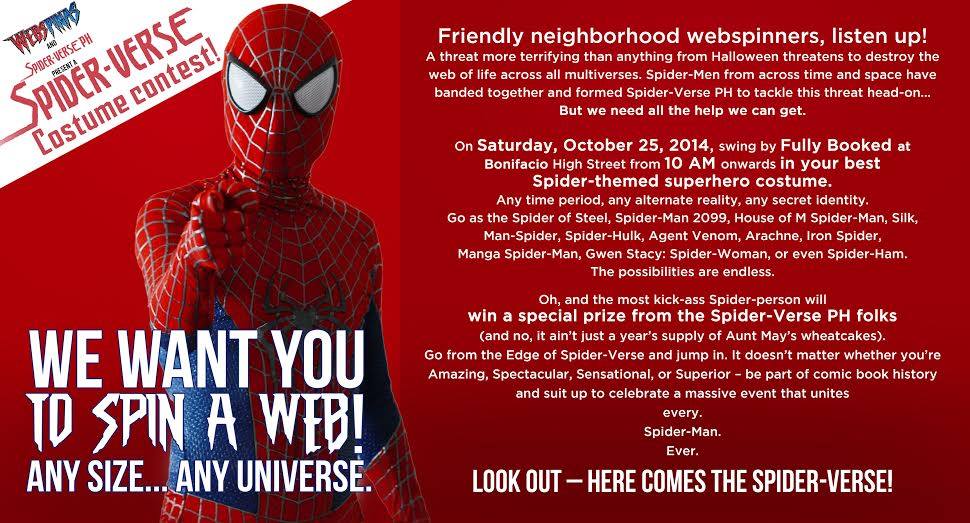 Of course, those coming to the event will have the chance to join in the fun with some contests and a chance to win some cool prizes! Comic Odyssey and Webspinas have details on how to attend… But overall just suit up in your best Spider-Man themed costume or attire, and you may just be selected as the winner for all you know! Be sure to check out the official Fully Booked website for answers on some FAQ if you’re new to Halloween Comic Fest and want to find out how it works in BHS and other participating branches! 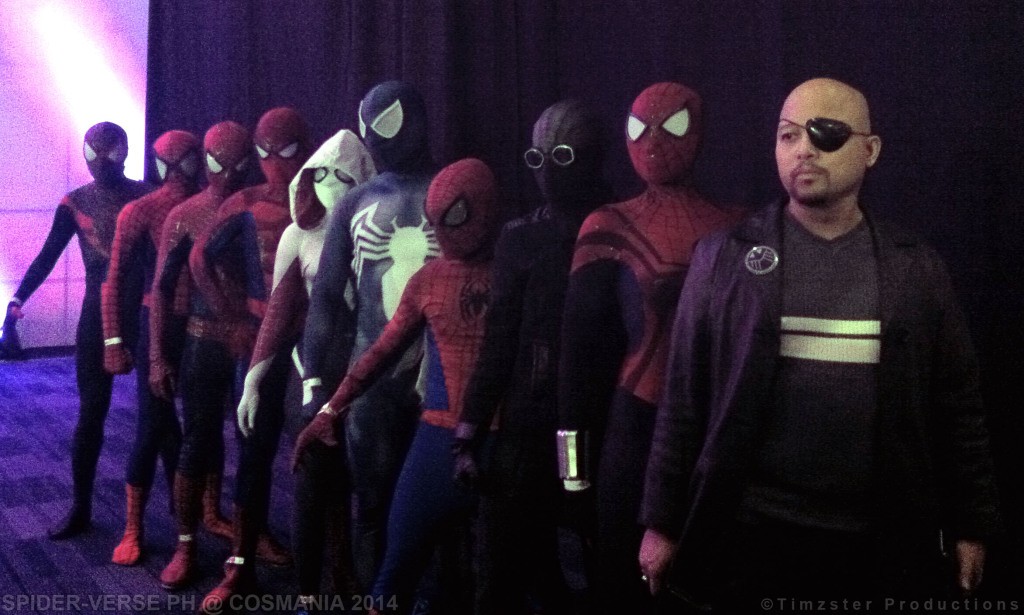 First debuting in Day One of this year’s annual mega-cosplay event that was Cosplay Mania 2014, Spider-Verse PH is a local cosplay group of Spider-Man cosplayers and enthusiasts, daring to be amazing and suit up as characters and alternate versions from Spider-Man’s world and beyond! Halloween Comic Fest 2014 will mark the group’s second big appearance, so do catch the likes of Spider-Man, Black Suit Spider-Man, Spider-Gwen, Spider-Girl, and more this October 25th at Fully Booked/ Comic Odyssey at BHS! 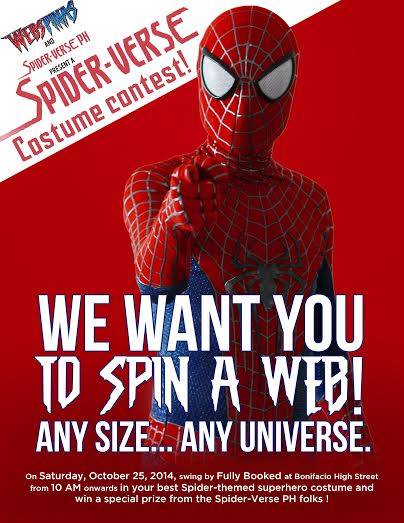 If you’re itching to celebrate Halloween early and in style, then come over to Halloween Comic Fest at Fully Booked and Comic Odyssey at BHS! LOOK OUT! HERE COMES THE SPIDER-VERSE~!

- Advertisement -
Previous articleThe first official Avengers: Age of Ultron Trailer and Poster assemble online
Next articleFast & Furious 7 gets retitled as “Furious 7” and counts down to first trailer on November 1st