This Eren Yeager Collectible Figure is Made from Awesomeness

“I’ll kill them all! I’ll wipe every one of them… off the face of this earth!”

The global popularity of Shingeki no Kyojin (Attack on Titan) has spawned a robust merchandise business for the franchise. There are a lot of companies already offering different figures in various sizes. One of the lines we’re currently collecting and following is the 1/8th scale figs produced by BRAVE-ACT. One of their latest offerings features the main protagonist of the series, Eren Yeager (Jaeger). We were able to get this fig at a pretty good price earlier today due to a Christmas Sale!

The figure is pre-painted and made from ABS and ATBC-PVC. It’s 1/8th scale (around 8.19 inches) so it’s a pretty good size for viewing and displaying in toy cabinets and desks. There are two main poses for it, one with Eren about to bite his hand, presumably to transform to a Titan, and the other one just holding out his two blades. 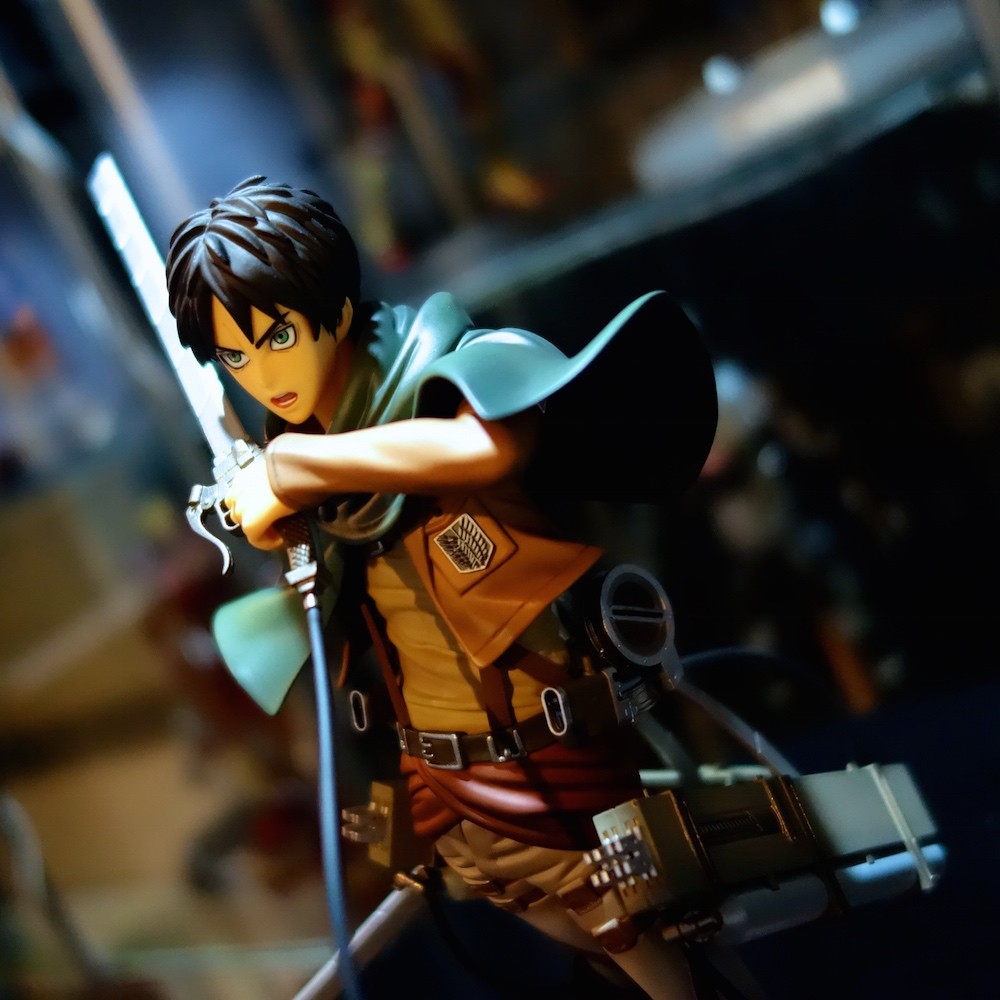 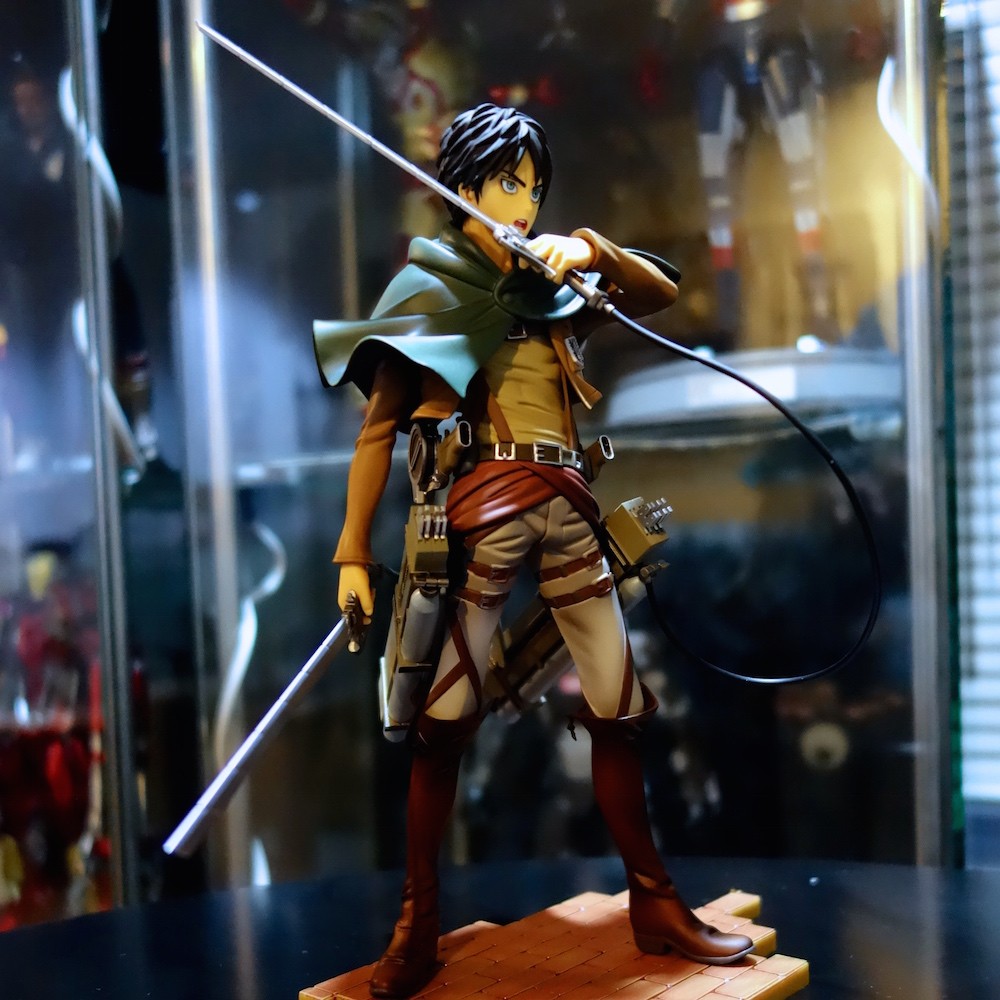 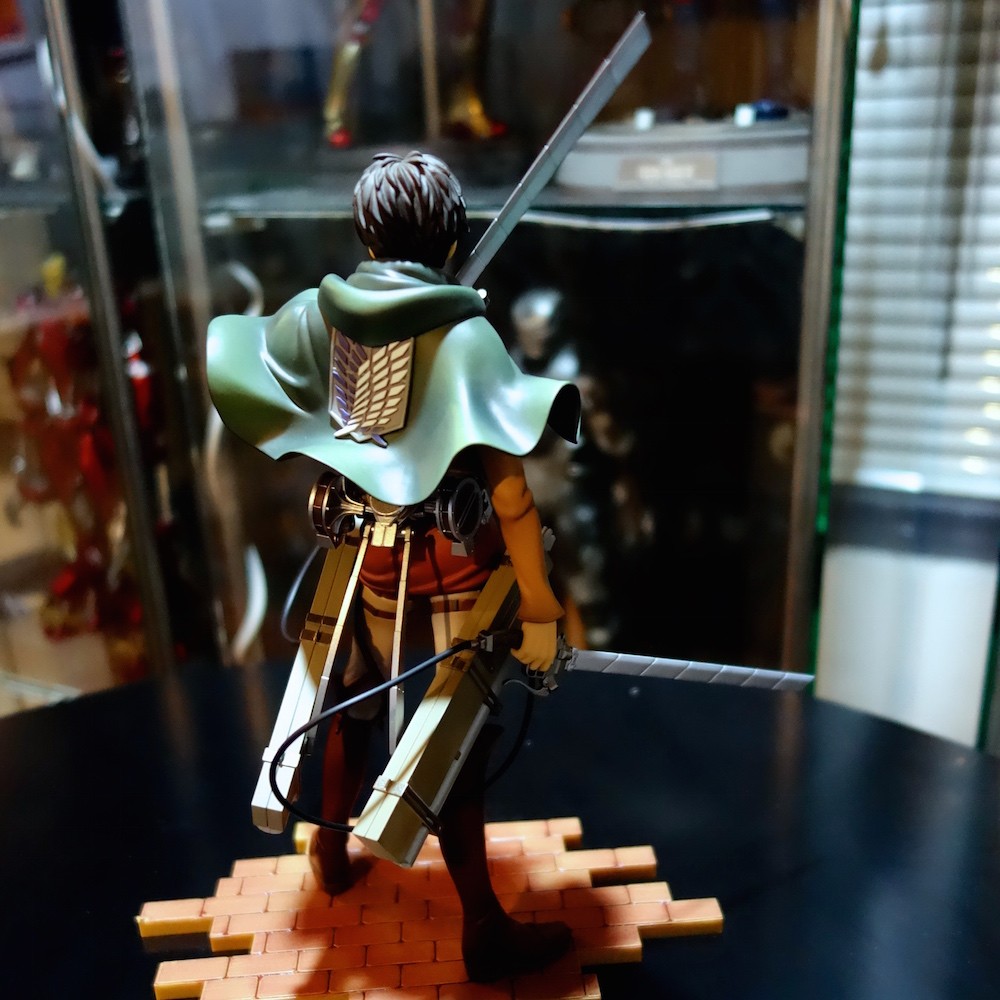 You can also remove the cape and this pose looks particularly well with the alternate arm holding out the blade. Makes Eren’s physique a little more imposing though I really don’t remember him being this ripped in the anime, hehe. 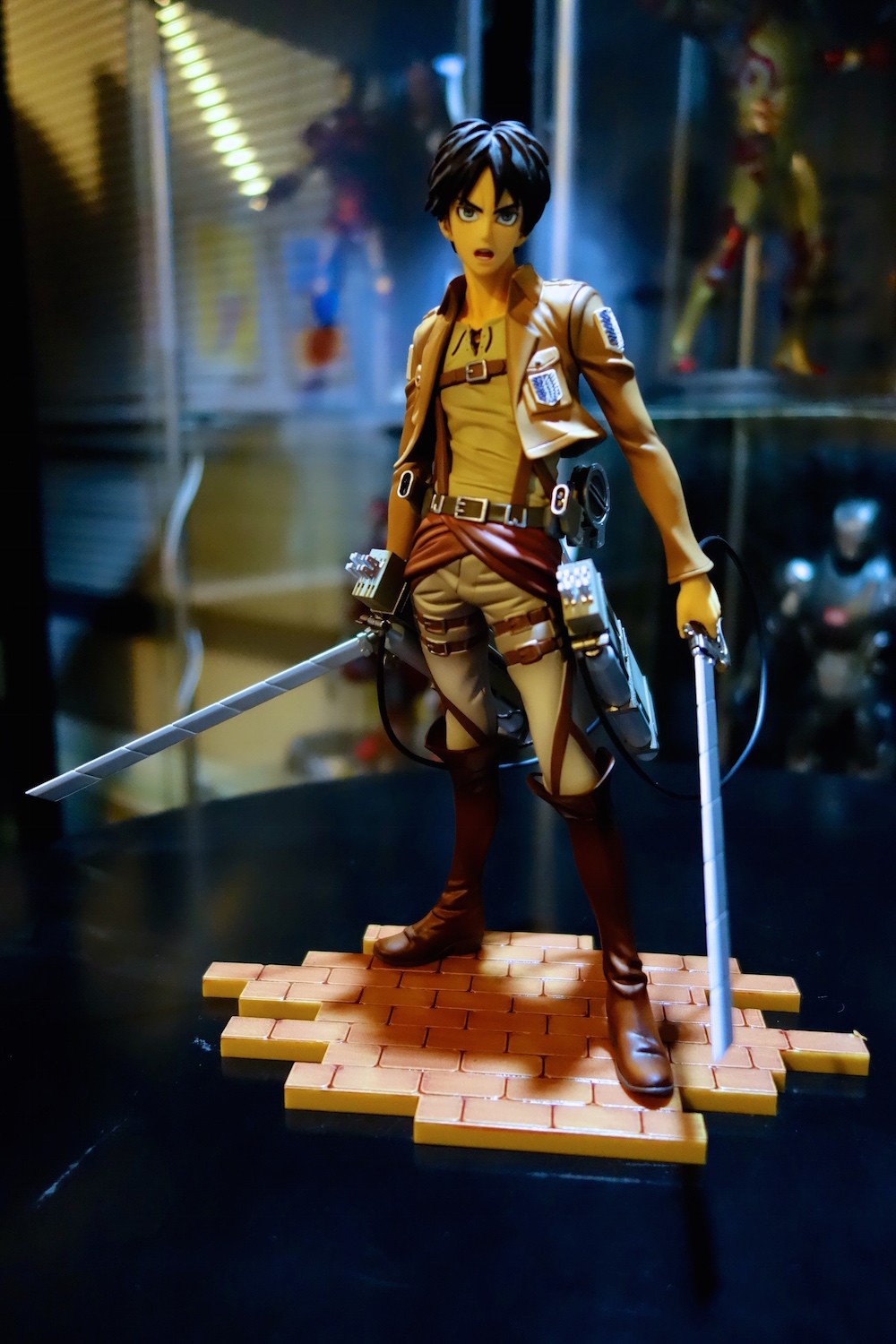 Assembling the figure was very straightforward and easy. You don’t even really need to read the manual. Pick which pose you want and display!

As expected the level of detail in the fig is impressive, especially with how they made the 3D Maneuvering Gear. They were able to capture all the complexities and they were faithful to how Eren was drawn in the anime and comics.

Over-al we’re happy with the fig and it’s well worth the Php3,300 we forked out for it! Here’s Eren side-by-side with our other BRAVE-ACT fig, the indomitable Captain Levi! 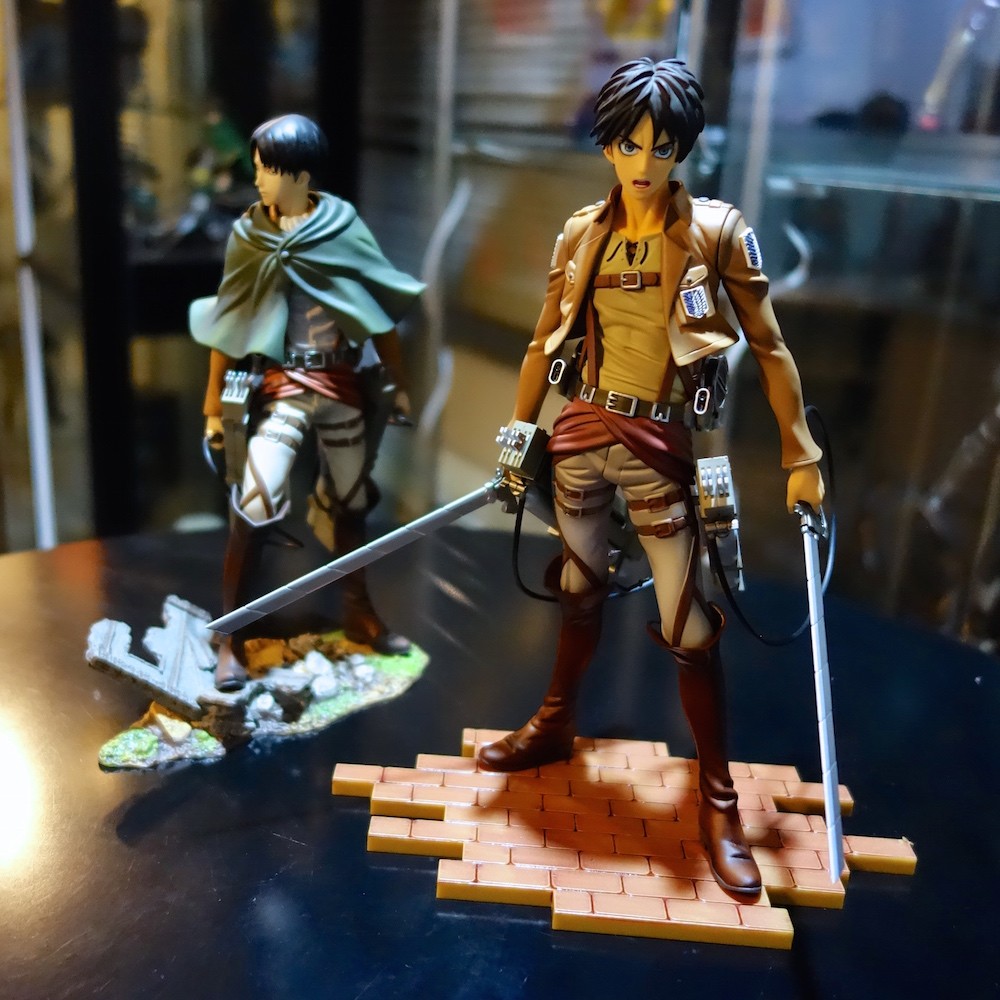 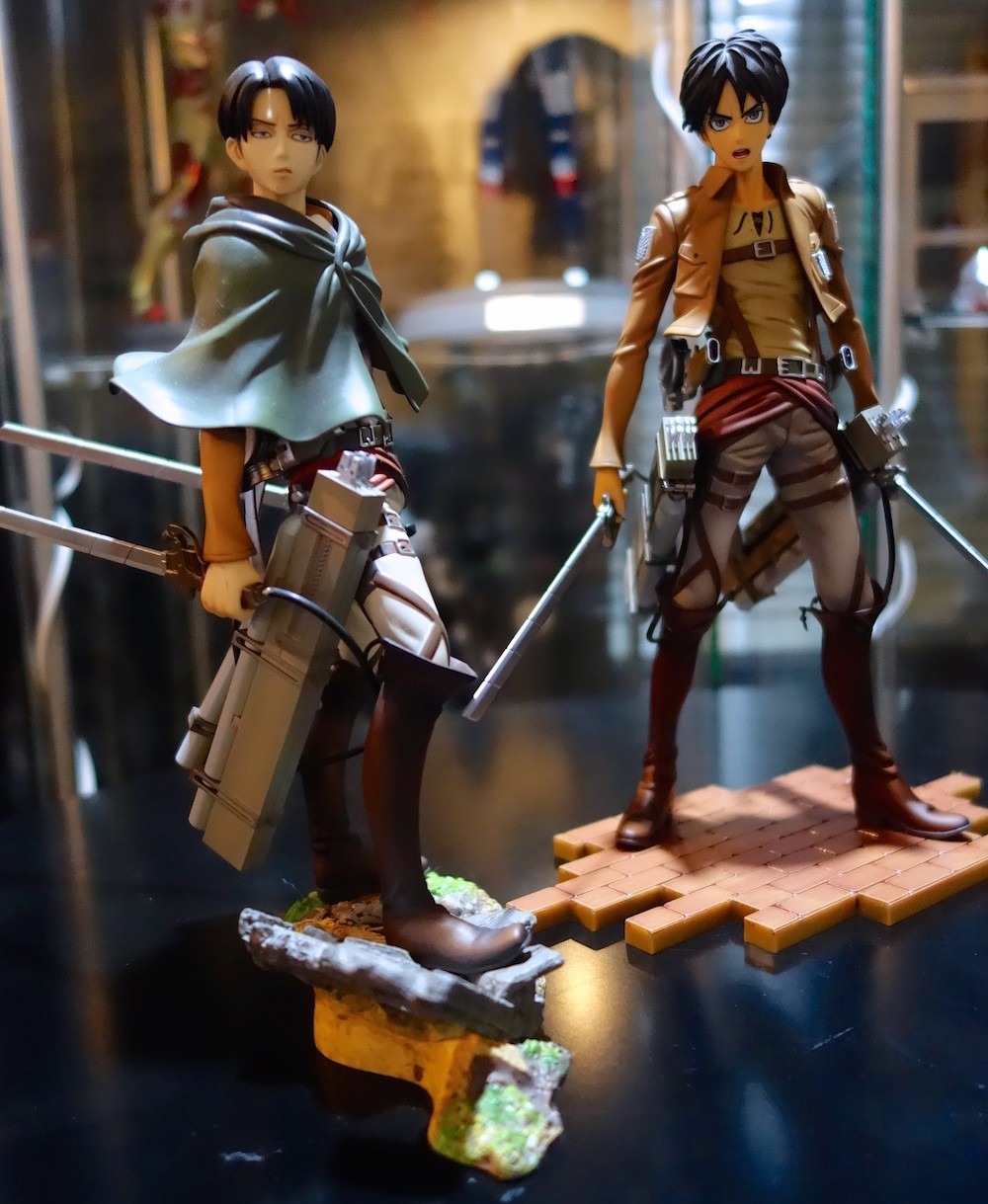 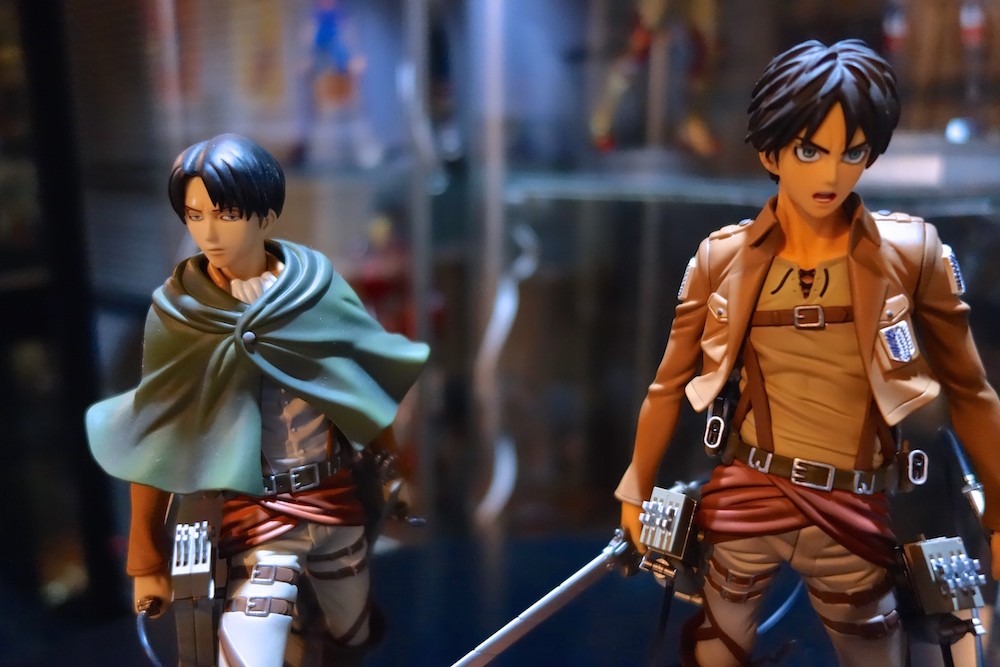 Anyway, if you want one, just check out GreatToysOnline.com. They have actual physical stores in Festival Mall Alabang, Greenhills, and Annapolis to mention a few. You can also look for it in the different toy stores in Shoppesville Plus in Greenhills. That’s where we were able to get it at a discount. 🙂