Now this is a pretty awesome Iron Man figure! It uses a magnetism (electromagnetic attraction and repulsion) to make the Iron Man float on top of a glowing levitation magnetic base. It’s definitely going to be a major conversation piece regardless where you put it: at home, at the office, or wherever!

This is part of the Egg Attack Iron Man series and true to their style, the Iron Man armor is crafted perfectly to the last detail. FYI this is the Mark II armor, the one that Tony used in the first movie after his initial prototype in the cave. SRP is Php7,500 and it’s already available for PRE-ORDER.

To get a better feel for the figure, watch the video below! Enjoy! 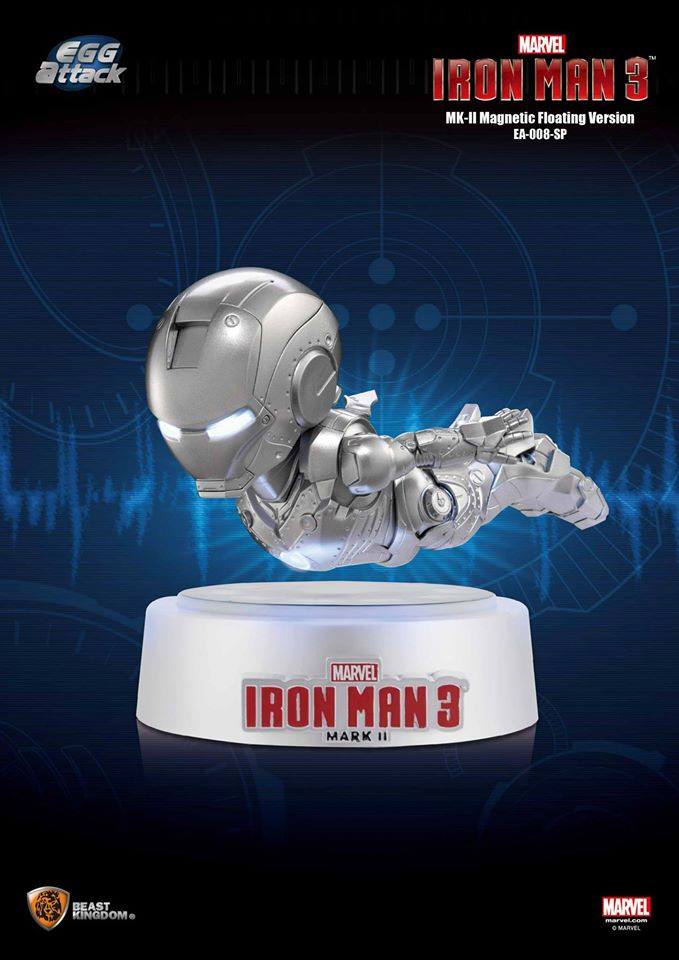