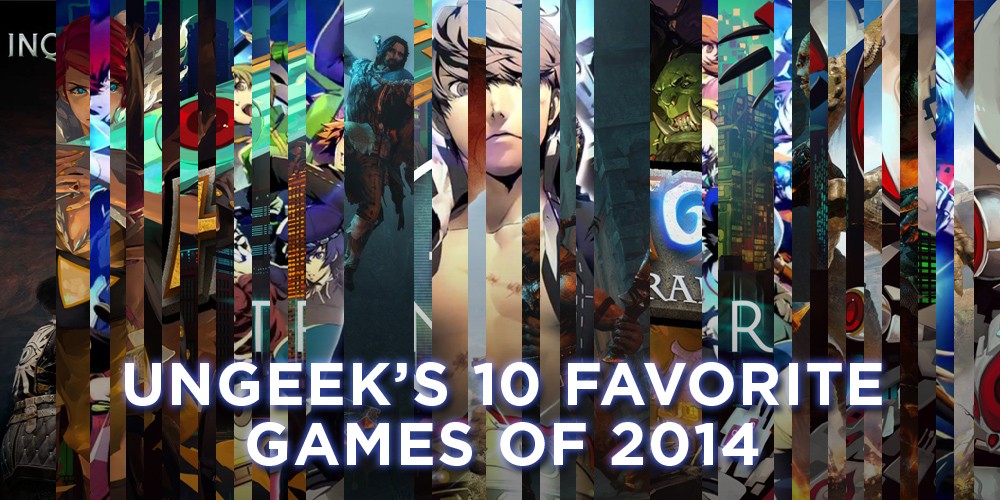 It’s been a remarkable year for video games this 2014. A lot of has happened in the land of gaming and we here at Ungeek are excited to sample some of (what we feel are) the best games the year has to offer.

With that, here’s our favorite games this 2014 in no particular order. 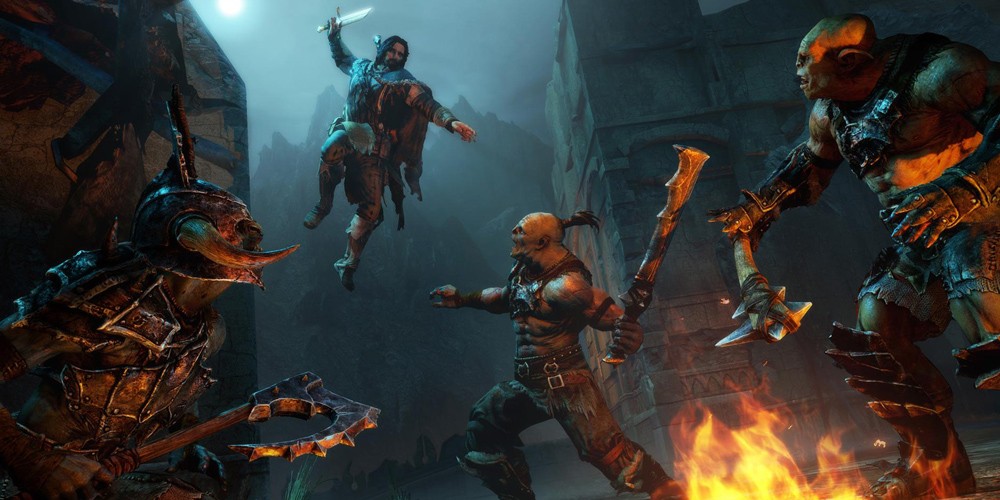 Grabbing Game of the Year under the PS4 category  of videogame news site, Gamestop, Middle-earth: Shadow of Mordor gives players a glimpse of what it is to be a Ranger in Middle-earth. Well, a ranger with additional mystical wraith-like abilities. 😀 From the guys that gave you Batman Arkham Origins, Shadow of Mordor is THE Lord of the Rings game we’ve all been wanting. It’s got everything you ever wanted for to immerse yourself in Middle-earth.

Taking place in between the Hobbit and the Lord of the Rings, Shadow of Mordor is an intense hack-n’-slash / beat-‘em-up adventure crafted in the same vein sa Batman Arkham Origins. In fact, if you’ve ever played an Arkham game before the controls are exactly the same – even the combo take down feature. Of course the game comes with few iterations of its own as well, like going in and out of wraith form and riding wild beasts and such.

In addition to all the fun action, the game puts enough emphasis on story, character and lore. If you’re a Tolkien fan, you’ll be able to recognize a multitude of references and some of the character revelations will help bridge the Hobbit trilogy with the LoTR movies. All-in-all if there’s a holiday game that you absolutely must get, it is this.

Middle-earth: Shadow of Mordor was released on September 30, 2014 for PlayStation 4, PlayStation 3, Xbox One, Xbox 360, and Microsoft Windows (PC). 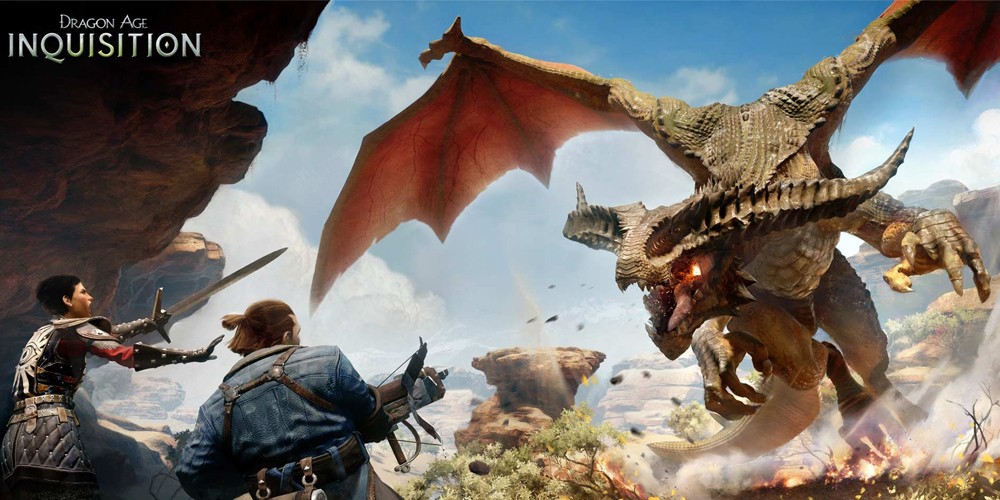 The latest installment in the famed Dragon Age adventure saga, Inquisition combines all the best elements of the first 2 games and creates a beautiful love-letter to its loyal fans. If you’re new to the franchise, it might take a while for you to understand what’s happening (or what’s happened in the world of Thedas). If you’re a completist, you might have to go back and play all the Dragon Age games starting with Dragon Age Origins + DLCS and Dragon Age 2 + DLCS. The beautiful thing about Dragon Age is its intricate storyline. While having a main story arc, your actions affect how the story really branches out.  This mechanic stretches even as far as carrying decisions you specifically made in the previous games (via Dragon Age Keep).

Story aside, Inquisition is a beautiful masterpiece of the advancement in gaming technology – both for visuals and game mechanics. Much versatility has been imposed in Inquisition in terms of playing it as a hack-n’-slash or as a strategy rpg game where you can pause and give specific commands to your party members.

Inquisition also boasts one of the biggest maps the team has ever made. Spanning 2 continents – Fereldan and Orlais, DA Inquisition gives you control of a vast network of people fighting off an impending doom. The stakes are higher and the enemies are meaner this time around and you’ll definitely need all the help you can get.

And at the end of the day, when you’ve recruited your armies (yes plural), you get to meet up with your long lost friends as characters from both Dragon Age Origins, its DLC and Dragon Age 2 come back for one final showdown. Of course this time you get to witness the grand reunion in HD! How sweet is that? 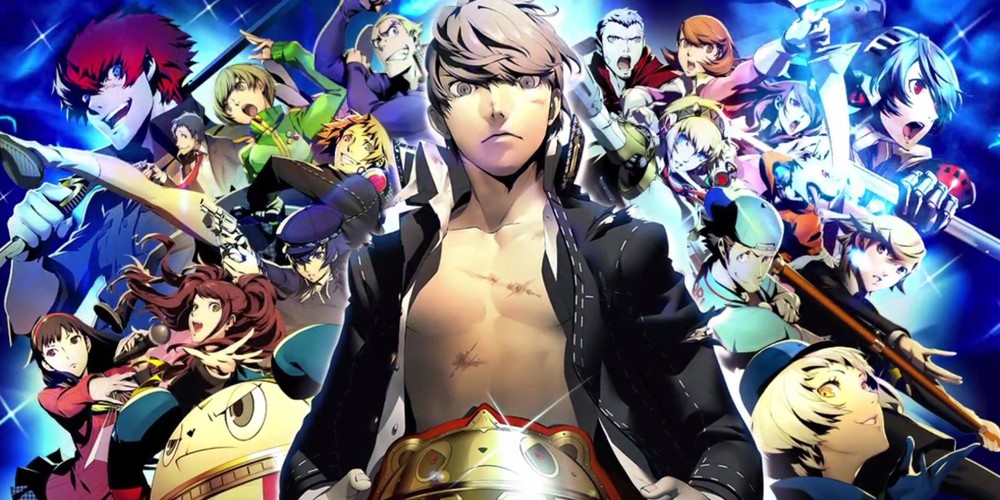 The direct follow-up to 2012’ssurprise VGX Award for Best Fighting Game, Persona 4 Arena, P4 Arena Ultimax brings back your favorite P4 and P3 characters from the famed Japanese RPG franchise, Persona, for another round of battle royale!

With more characters coming in from both Persona 3 and 4, P4 Arena Ultimax is a fast-paced beat-‘em-up fighting 2D fighting game made by Arc Systems (Guilty Gear, BlazBlue). If you’re a fan of the franchise then this should be a mandatory buy. While not much has happened to Yu Narukami and his friends from Yasoinaba, it’s fun to see new developments with characters from P3 particularly Junpei, Yukari and Ken Amada (+ Koromaru).

Story-wise, Ultimax provides a plausible conclusion to the events from Arena. This is actually a bit of a downer as people have been speculating that the events that unfold here would lead to the next Persona franchise (Persona 5) which is next-gen exclusive. Still, even if the game holds a weaker story-line, as a fighting game, Ultimax is a solid follow-up.

Persona 4 Arena Ultimax was released on October 2014 for PlayStation 3 and Xbox 360. 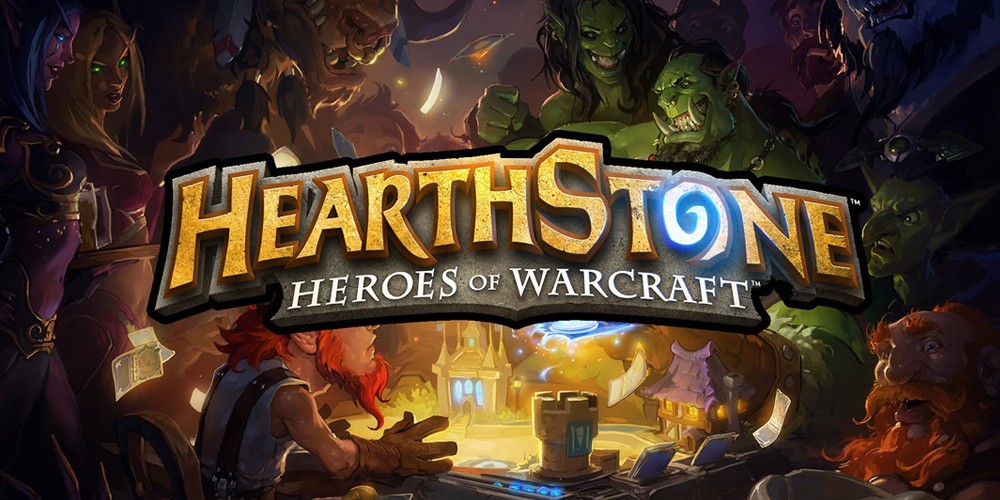 Delightfully simple yet amazingly addictive, Hearthstone is a casual card-type game that lets you go head-to-head with other players in the world. The cards you use are all from the World of Warcraft Lore and the abilities mostly stay true to how they are in the famous MMO. The small game animations, simple mechanics, music, and effects make this game quite enjoyable and a must-play…just keep your credit card in a vault. You may end up 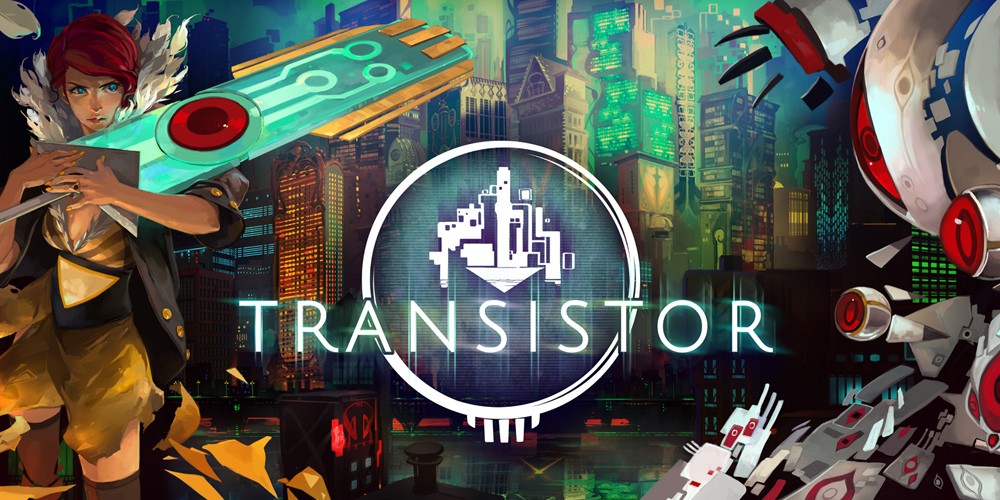 This game is just stunningly beautiful. On a first-look, the game seems simple and basic but, once you get into it, you soon discover that it’s a game with top-notch storytelling, art-direction, gameplay and music (oh my… the music is <3). Did I mention that the game lets you make your character HUM to the music? If there’s a break-through game that you should try out from 2014, it’s this. 🙂 Seriously, give this one a try, guys.

Just listen to these tracks. Wew.

Transistor was released on May 2014 for PlayStation 4, GNU/Linux, OS X, Microsoft Windows (PC).

Watch out as we run down the next 5 games that made us laugh, cry or cringe with delight in 2014. But before that, let us greet you happy geek’s a very Happy New Year! 🙂