Board-gamers heed! The Essen Spiel is upon us!

Think fast! Pop quiz: What is the board game capital of the world?

If you answered the United States.. try harder. You’re still a couple of thousand nautical miles off. Europe you say? Getting warm. After all you’ve heard of the popular board game term “eurogame”, but where exactly? We’re talking at least a dozen different countries here. If you answered the land of beer, Volkswagen and panzer tanks. DING DING DING!

While a lot of people think the United States pioneered the current state of tabletop games, it was actually Germany that started the board game revolution. Sure the US came up with Monopoly and Scrabble, but that was way back in the 1930s. It was actually post-WW2 Germany, that came up with games like Die Siedler Von Catan (The Settlers of Catan), which took the US by storm upon getting imported in 1995.

In fact, board gaming in Germany is such a big deal that it annually holds the largest board game trade fair in the world known as International Spieltage SPIEL — or more popularly known as Essen (after the city it is held in). Essen is widely known to be the mecca of board gaming. Every October, hundreds of publishers and thousands of attendees make the pilgrimage to this small city in Germany to eat, sleep and breathe board games over 4 days.

The best part of Essen? All the brand-spankin, hot-off-the-press and never-before-seen games! Publishers time their biggest and hottest releases to coincide with Essen. Games like Dominion, 7 Wonders, Pandemic, Agricola all made their debut at the Essen fair.

For us gamers here in Manila, it’s both an exciting and excruciating spectacle. It’s great to see all these new games coming out, but given international logistics, we usually have to wait 6 more months for these games to hit the local market.

But we shouldn’t let that dampen our enthusiasm! Here’s a list of 5 games you should be watching out for come 2016! And just in case you have a relative who’s swinging by Germany this time of the year who can buy you these games. Know very well, that we are jealous. And we hate you. (Kidding!) 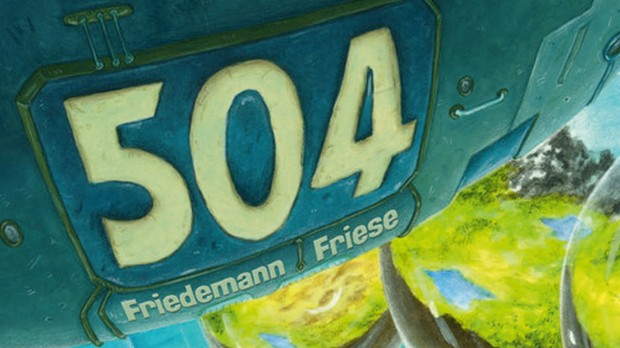 Imagine 504 different games in one box. Yes you read that right. Five hundred and four. That’s the premise of  Friedemann Friese (of Power Grid fame) next release that works like the Frankenstein’s monster of games. Every time you play it, you’ll be asked to select a combination of 3 modules from a mish-mash of mechanisms. Do you want a racing, exploration game with technology tree elements? You got it. Or maybe a war game, with pick up and deliver, and end game bonuses for majorities? It’s got that too. The possibilities of this game is staggering. You’re sure to get your money’s worth with this one.

If there’s any game that best resembles the modern video game RPG, it could very well be T.I.M.E. Stories. And the thing is, it’s so tough to talk about this game without spoiling the storyline of the game. Yes! Spoilers in a board game! The premise of the game is that you’ve gone back in time to solve a “mystery”. You enter the bodies of characters who were present at that time (Scott Bakula is rolling in his sleep right now), and proceed to explore the town, asylum, or forest that you find yourself in. Gameplay works like a point-and-click play RPG (choose a card then resolve the event). And that’s all I can say without spoiling anything. Even I don’t know what’s gonna happen in the game! The story of the game has so far been a closely guarded secret.

One knock against board games is that it pretty much stays the same after you’ve played it a couple of times. The game gets “old”, that’s what people say. But what if the game actually “evolved”? That’s what Pandemic: Legacy is promising. A game whose rules, map and components change over time. Players are medical experts trying to save the world from 4 diseases that are spreading over the world. But the game has “at least” 8 different sealed packets that will be opened depending on what players do during the game. They could contain more diseases, more characters, tougher rules, or perhaps instruct the players to change the map forever with stickers or destroy certain cards permanently! Yes! My OC board game heart weeps at the thought of it too! But I will soldier on and play this game for sure! 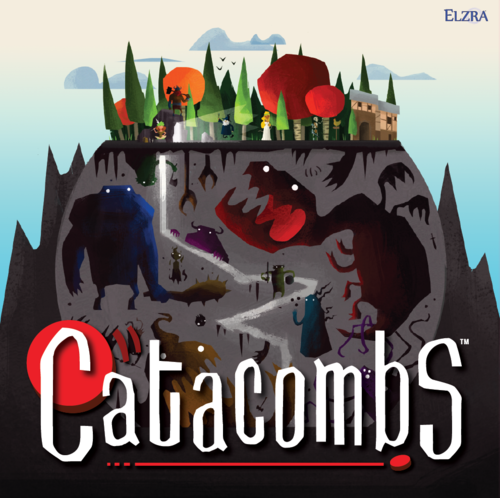 The modern board game dungeon crawl is usually a dice-chucking affair. But have you ever wondered how it would feel to actually have your barbarian slam his shield at an orc’s chest? Or aim your mage’s fireball at the nasty hobgoblin coming your way? Catacombs allows you (or rather your finger) to do exactly that. Catacombs is the unlikely marriage of classic DnD dungeon-crawls + disc-flicking games. The concept sounds silly. But wait till you’ve banked shot your paladin, around the huge gelatinous cube, to hit the game’s boss for the win. It’s a different kind of epic. AND DID I MENTION THERE’S LITERALLY A HUGE GELATINOUS CUBE?

Sometimes it’s great to simply sit down and play a party game with your family and friends. And if there’s a party game to play this year, I’m putting my money on Codenames. The premise is simple, you are trying to get your team to guess the correct 8 words out of the 25 that’s been spread on the table in front of you. You can only give one word clues. But the game allows you to get creative by using that one clue to describe multiple words. Are you trying to get your team to guess the words falcon, jet, and sun? Well you could say “air – 3”, which means you are describing 3 words out of 8. But be careful! The opposing team is trying get their own 8 words selected from the same 25 options. And if you’re team mistakenly selects a word that belongs to the other team they will get the point. Ay caramba! Don’t be that guy ok?

What do you think of the list? Did we (criminally) miss out on any great games? There are after all HUNDREDS of games released in Essen every year. Which one’s are you waiting for? Let us know!