Because we’re still giddy about Back to the Future Day happening (or happened or will happen depending if you’re reading this article from 1985), I want to feature one of Telltale Games’ earlier creations – BACK TO THE FUTURE! This game is, in my opinion, the most proper sequel to Back to the Future Trilogy that you can get. 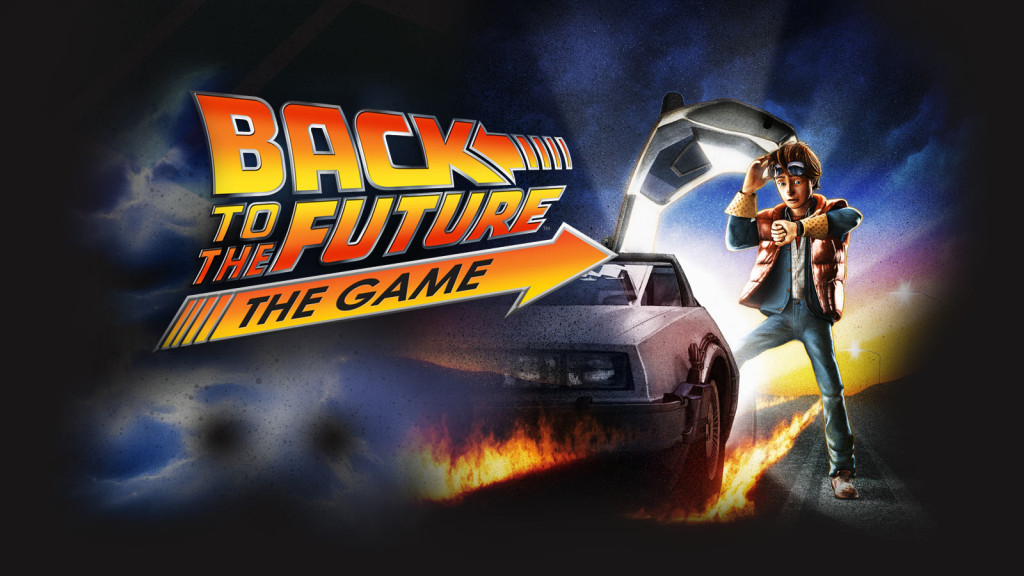 Released back in 2010, this game features a more linear point-and-click experience that what you’re probably used to with present day Telltale titles. Regardless, this game SHINES with it story-telling and takes on a central theme that the movies always mentioned but barely touched on – the CONSEQUENCES of Time Travel. You’ll get circumstances like “sure, you changed THIS issue for the better but, because of your actions, THAT changed.”
For those of you who are asking if this story is considered canon, I’ll tell you upfront that it isn’t. Telltale Games did involve trilogy co-creator, co-writer, and co-producer Bob Gale as story consultant and he mentioned that it is possible that this story took place in alternate timelines. In my opinion, the story is strong enough to hold enough water to make me consider this as canon in my own head.

Another awesome thing about this is that you have people like Michael J. Fox, Christopher Lloyd, and other actors from the original movie doing the voice acting for the game! Here, check out the video below and see the awesomeness for yourself!
I highly recommend that you guys play it. The game is currently available of XBOX360, PS4, XBOX ONE, and on STEAM (http://store.steampowered.com/app/31290/). If you’re a PC player, you’re in luck! The game is currently for sale at 75% off (P157.48) until TODAY (SATURDAY) ONLY ! Hurry on and fire up your Flux Capacitors. You don’t want to run outatime for this one 🙂

- Advertisement -
Previous articleThe Future Is Now – Happy Back To The Future Day!!!
Next articleRECAP: The Flash S02E03 “Family of Rogues” & Arrow S04E03 “Restoration”