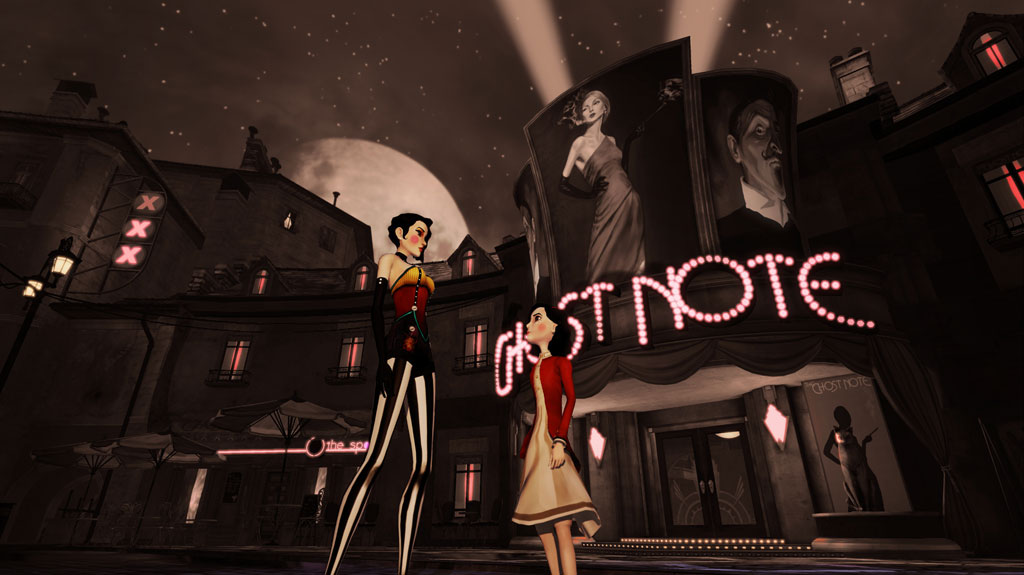 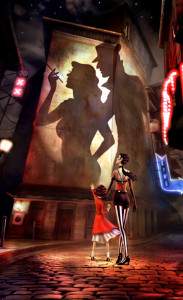 This game from Compulsion Games and Focus Home Interactive is a gem… a relatively old gem but a gem all the same. CONTRAST is a puzzle-platformer game that will blow you away with it’s gameplay concept, visuals, and (most of all) the music. Get ready to take this game out of the shadows as it’s definitely something worth at least one playthrough.

In Contrast, you play as Dawn – a silent acrobatic being who’s friends with a girl named Didi. As the game progresses, you’ll notice that, as Dawn, the only other person you see is Didi. Everyone else, while you can hear then, can only be seen as shadows. Dawn, however, has the unique ability of being able to phase into lit walls and become a shadow. This allows her to cross over paths that would normally be unreachable for her.

The game is short (around probably 3-4 hours) but it’s highly atmospheric. It gives you that really nice Noir feel about it and accentuates it soooo well with music. The game is definitely easy to play and the story is intriguing enough. I personally find it breathtaking and, while the game looks very simple (it is, actually), has enough meat it in to pique your interests. Watch our video of it and see for yourself.

If you like it, it’s available on STEAM, Windows, PlayStation 3, PlayStation 4, Xbox 360, and Xbox One. Hope you enjoy!