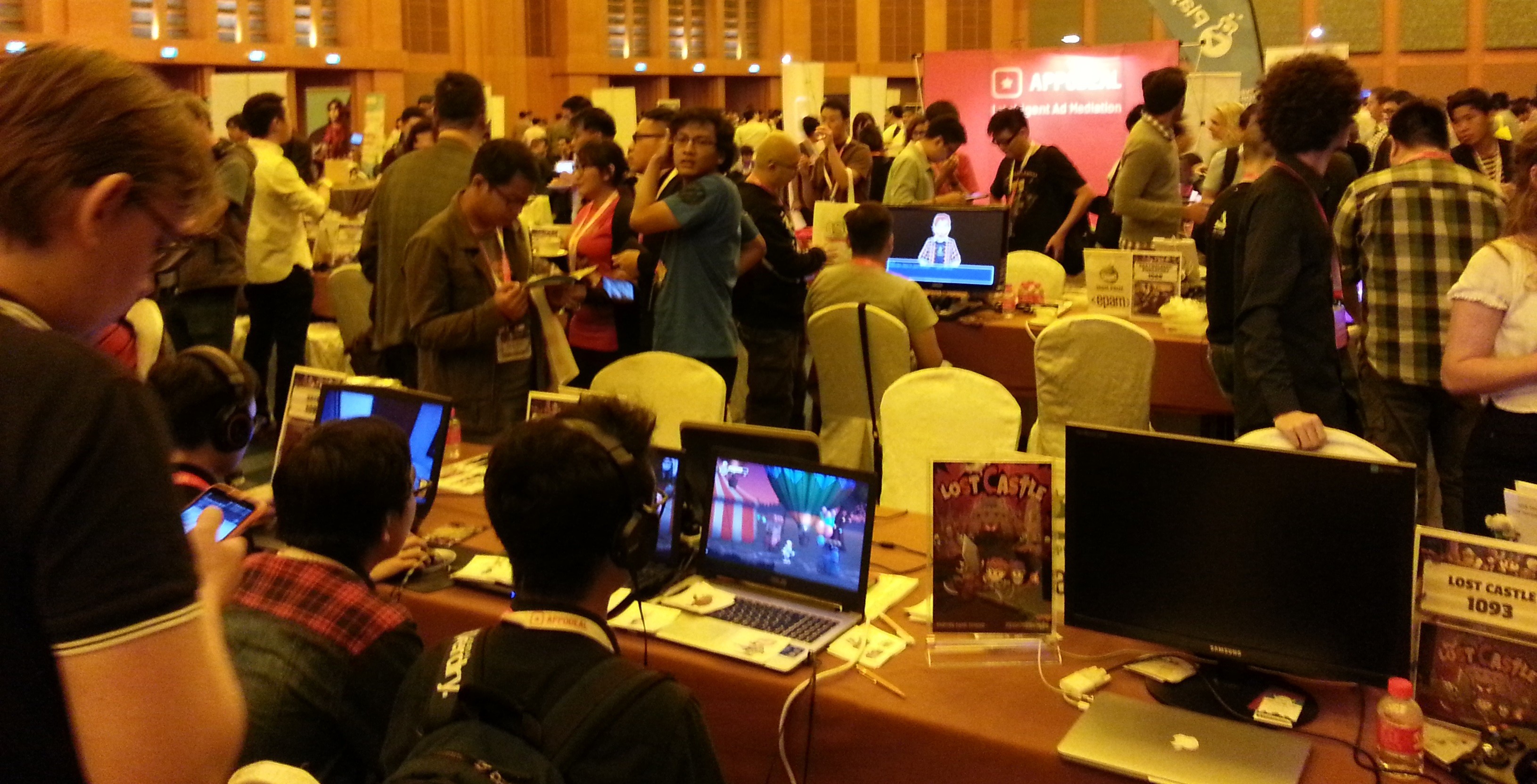 Hard Rock Hotel, RW Sentosa, Singapore – For those following the event,  Day 2 has just wrapped up… Here are some of the highlights on the 2nd day! 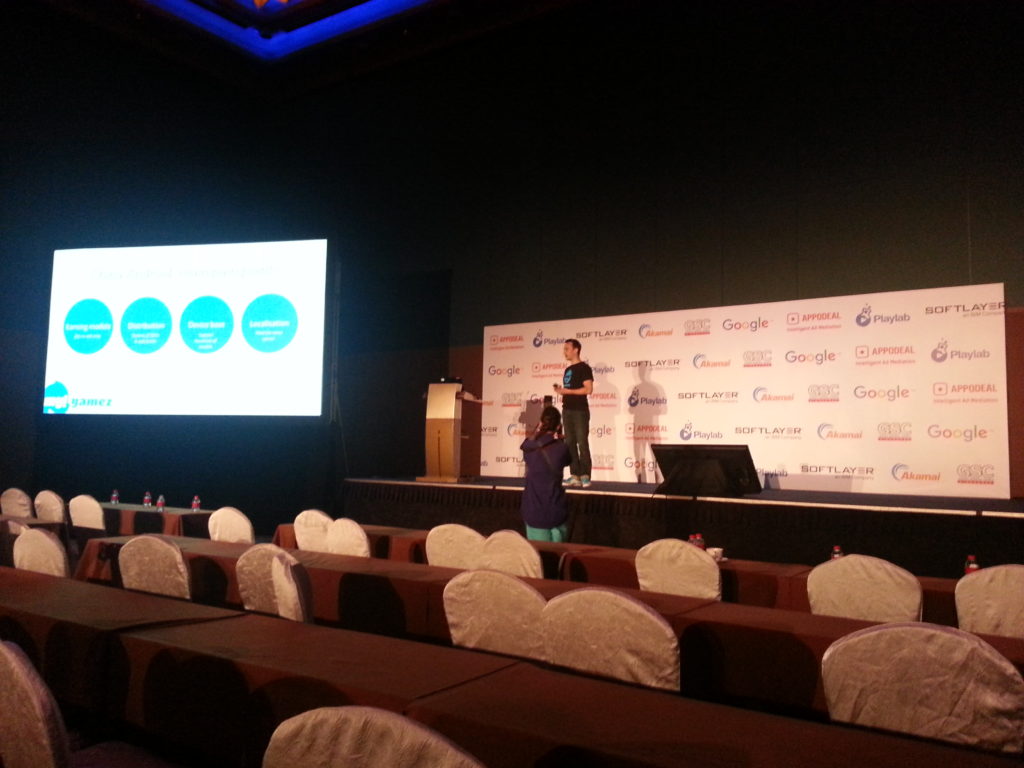 Taking the Fast Lane to China: Lean and Mean way to Succeed in China with your Mobile Game. The lecture was spearheaded by MYGAMEZ representative. 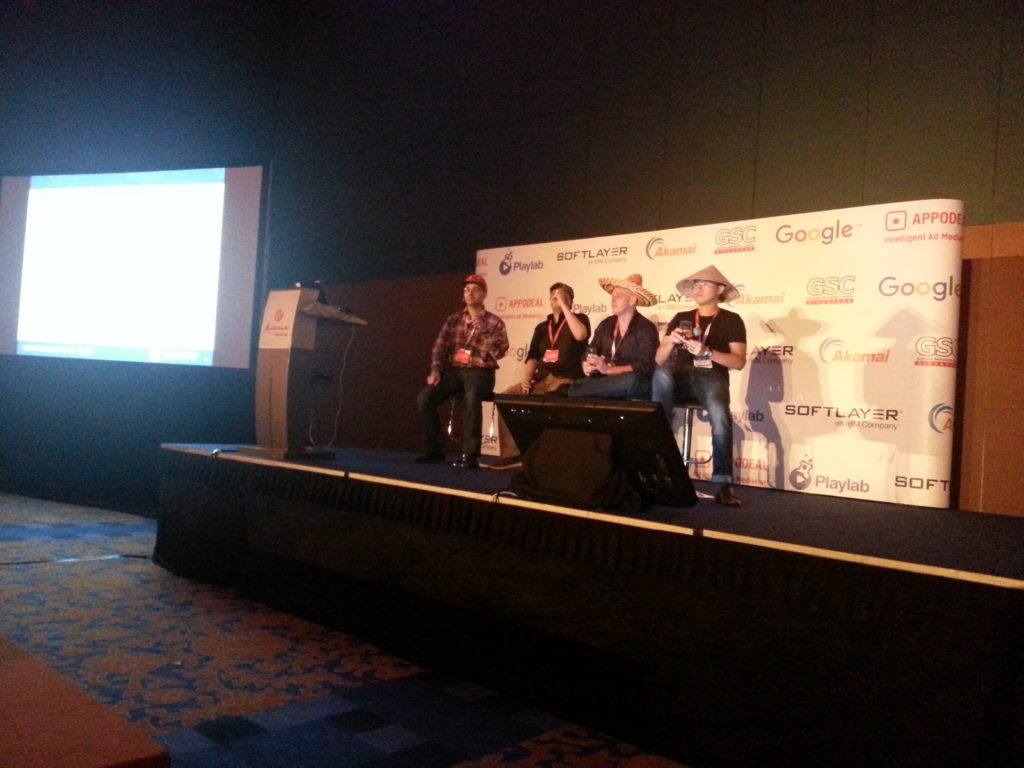 Like I said yesterday, there were A LOT of games that participated for Indie Prize… So much that I didn’t have time to test out all of it! Today though I finally got the chance to make rounds to the different booths and try some games that I missed out the first time. Take a look at the titles I’ve tried: 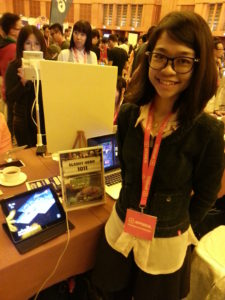 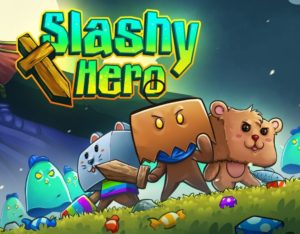 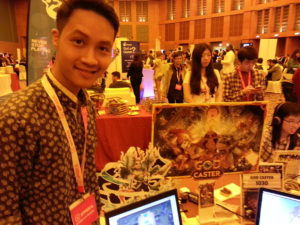 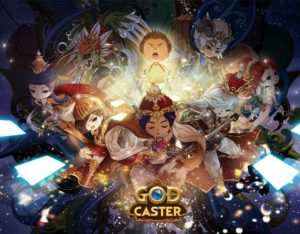 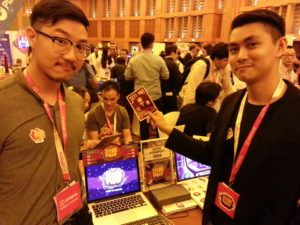 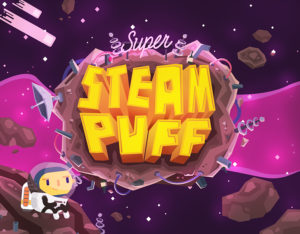 Super SteamPuff by WeyrdWorks Studio (Mobile/Tablet, PC) – a frantic, adrenaline-charged curtain-scrolling shooter that embodies the core essences of competitive action games. Can be played single or up to 4 players. 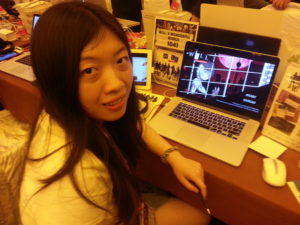 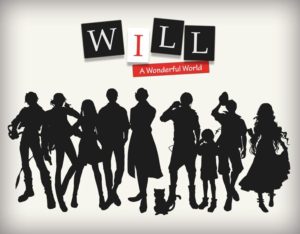 Will: What a Wonderful World by Liberal Gate (Mobile/Tablet, Console, PC) – An interesting take on the “visual novel mechanic” with puzzle elements thrown in. 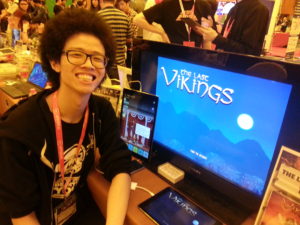 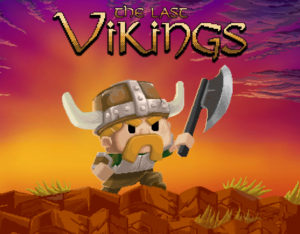 The Last Vikings by Springloaded (Mobile/Tablet, PC) – 2D Pixel-art style game where you are a bunch of Raiding Vikings, conquering villages. Has a neat in-game weapon customization tree. 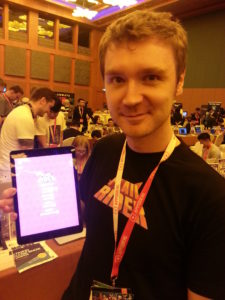 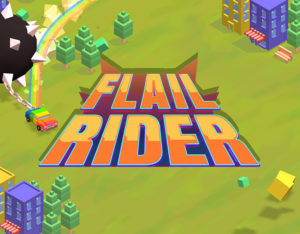 Flail Rider by Catpancake (Mobile/Tablet) – A colorful, fast-paced, top down arcade racing game where you must score the most points by driving a car with a well… Flail attached to it, destroying structures as you go along. 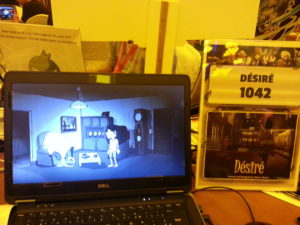 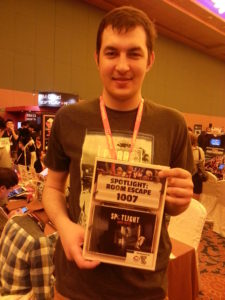 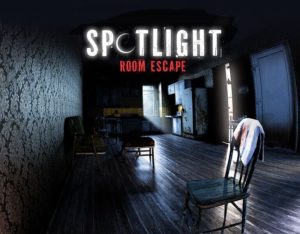 Spotlight: Room Escape by Javelin – A point-and-click adventure/mystery/puzzle game. Reminded me of Myst. 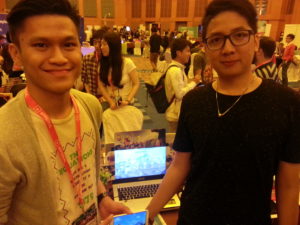 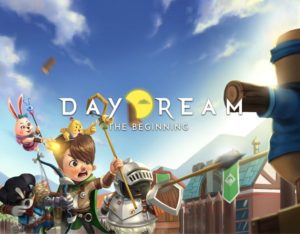 Now whose game will get top prize tomorrow? We’ll have to wait and see as the whole event comes to a close on Day 3. See you then!

- Advertisement -
Previous articleScreening rights confirmed for Защитники/Zaschitniki aka The Guardians/Defenders here in the Philippines
Next articlePunch It! The new Star Trek Beyond Trailer and Poster are here!