Manila Majors Day 5 – The calm before the storm 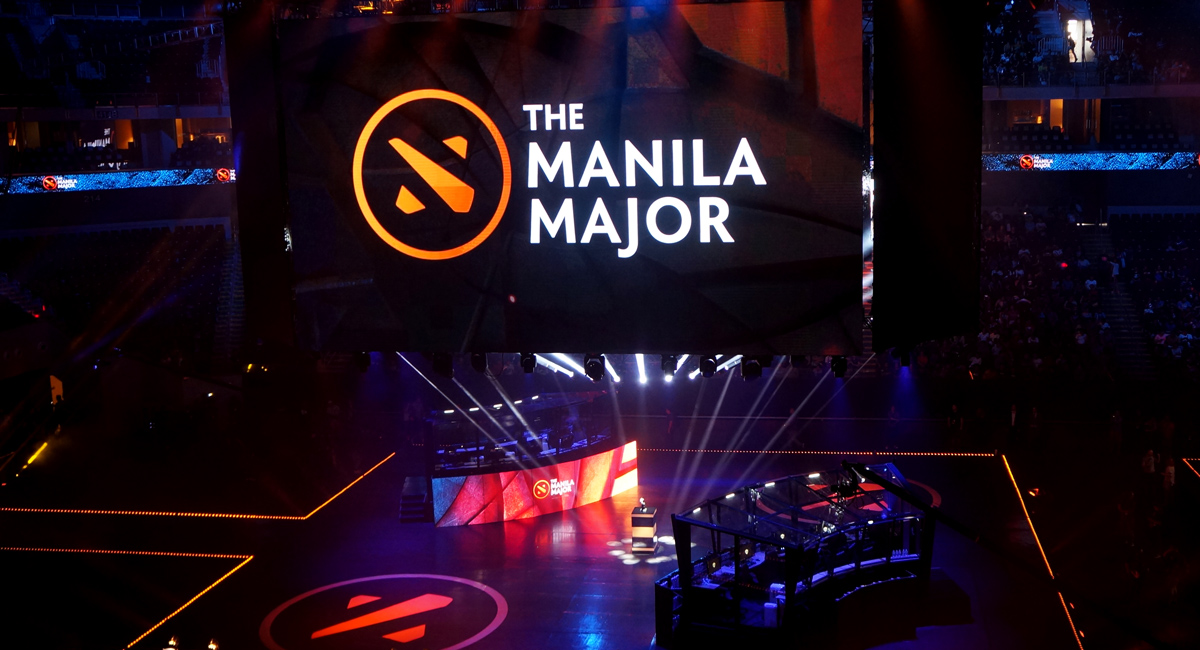 Welcome to day 5 of our continuing coverage of the Manila Majors, arguably the biggest Dota 2 (and E-sports) event to date in Manila. Day 4 saw some intense matches and after the smoke has settled, we head into day 5 with 5 teams remaining from the original 16 – OG, Newbee, Team Liquid, MVP, and LGD.

Day 4 was no less intense than the other days. As we approach the end of the tournament, we look at a lesser number of matches but from the better teams of the tournament. We saw a fantastic match from VGR against LGD, a match that has 2 of the Chinese teams that few thought would get this far into the tournament. Both teams fought it out and took it the full 3 games but in the end LGD proved to be the far superior team. Xiao8 and his Enigma, being the highlight of game 3, has suddenly found the perfect counter to FY’s Rubick – don’t cast Blackhole so that Rubick cannot steal it! 2 of the favorites of the tournament face off as Na’Vi look to take the fight against Liquid. Matumbaman proved to be too strong for Na’Vi as they completely destroy Dendi and company 2-0, proving that their fall to the lower bracket was a fluke. With their win against Na’Vi, Liquid advance to face Fnatic who recently lost to Newbee. In a match that was hyped from the moment it was determined, Liquid took their momentum from the previous match and completely steamrolled over Fnatic winning the series 2-0 behind fantastic play from who else but Matumbaman, who is playing his best Dota as of late.

As we approach day 5, let’s take a look at the matches in store for us as Majors comes to a close in a couple of days.

While MVP started strong and dominant early in the tournament, they seem to have cooled off a bit, especially after receiving a drubbing from OG. LGD on the other hand is riding a wave of momentum and with the way Maybe has been playing, they are looking to be the more favored team in this matchup. MVP approach this match with their super aggressive style but if there’s any team that can match that style, it would be LGD. A lot will be riding on how QO and Forev can make a difference for MVP and how they will manage to contain Maybe and Aggresif.

Prediction – LGD take this series 2-1. LGD has proven to be a team that can be great being aggressive or defensive and their teamfight is a sight to behold. Not only will they stump MVP’s aggressive play, they look to punish that style and force MVP out of their comfort zone. Will we see QO go beast mode? Seems to be that would be their best bet at taking this series.

Is this the finals already? Are we looking at a preview of what could be the 2 finalists for the Majors? OG have been looking mighty as of late and as proven during Epicenter, they have what it takes to break the Newbee juggernaut. Crit and Fly have been superb for OG, anchoring the team to their best performance so far as they have totally dominated the Majors so far and are looking to be the first 2 time Majors winner. Chuan has other plans for this match up as they would want nothing more than to secure a spot in the grand finals.

Prediction – This is easily a 2-1 series, but what team will take it? I can honestly tell you that this will go either way. Both teams face off now and whoever loses can still very much win all the way to forge a rematch in the grand finals. With that said, I’ll just go with my gut feel and call this for OG winning the series.

Team Liquid are waiting in the wings to face the winner of the LGD vs MVP series. Liquid are coming from a very lopsided match against Fnatic and are widely considered to be the favorites to win the lower bracket, until the loser of the OG vs Newbee series comes tumbling down. Although Matumbaman has been receiving all the praise, let’s not forget how Mind_Control has been playing as of late, creating space and opportunity for the rest of the team.

How do you see the matches going on Day 5? Will our predictions hold or will the teams prove us wrong? Continue to stick to Ungeek for more Dota 2 coverage as we approach closer and closer to crowing the first Manila Majors Champions!