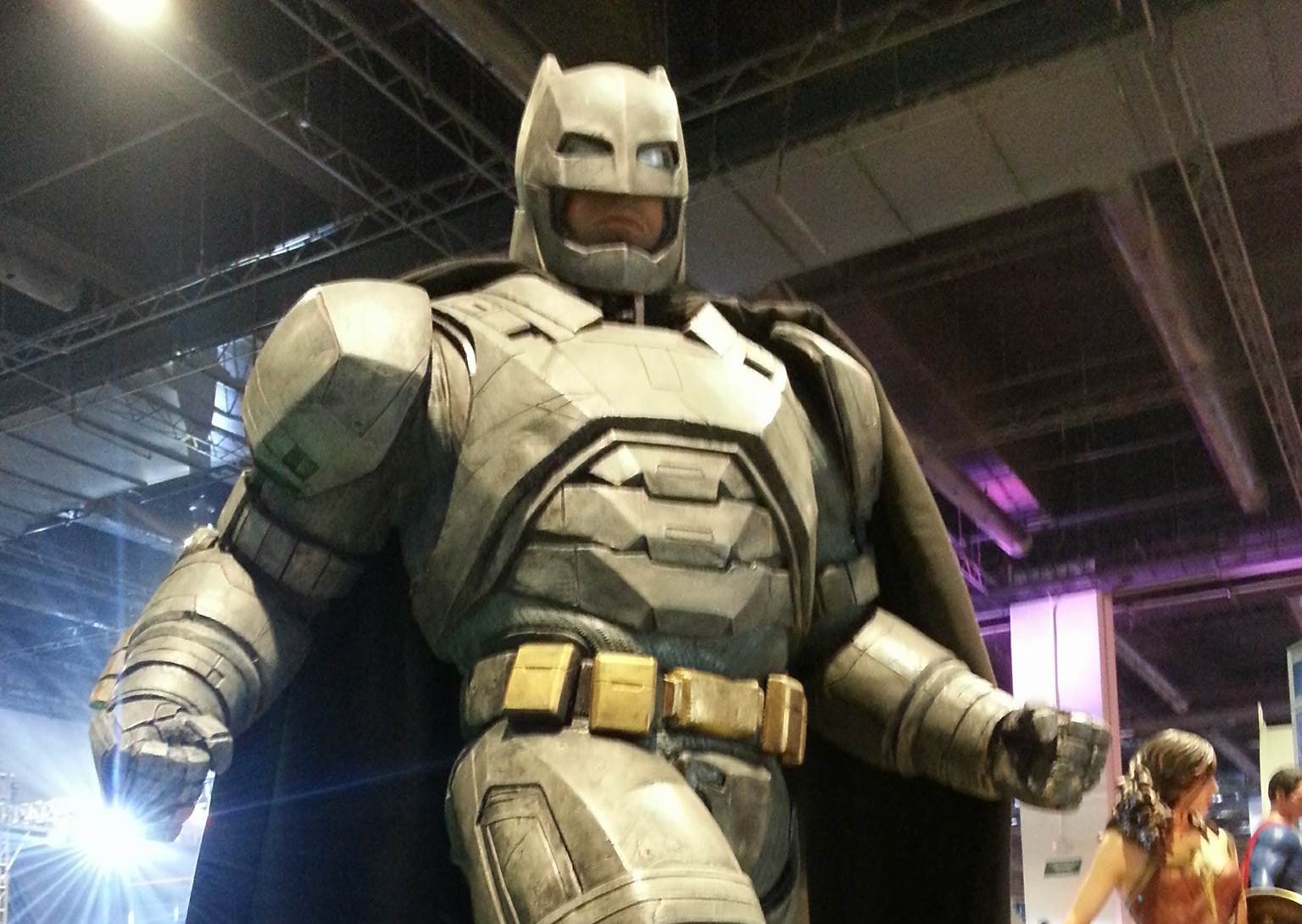 Day One was a blast, and Day 2 TOYCON 2016 did not show any signs of slowing down!

The Philippine Adventure continues for Dean Cain
Lets head on over to the main stage where Dean Cain kickstarts the day with talks about his career playing as Superman, his opinions about BvS (he’s not a big fan of BvS), the CW universe (talks about Supergirl’s crossover with Arrow and Flash TV), his fellow Supermen in the Superman Club, Ripley’s & Deadpool (he loves Deadpool!). 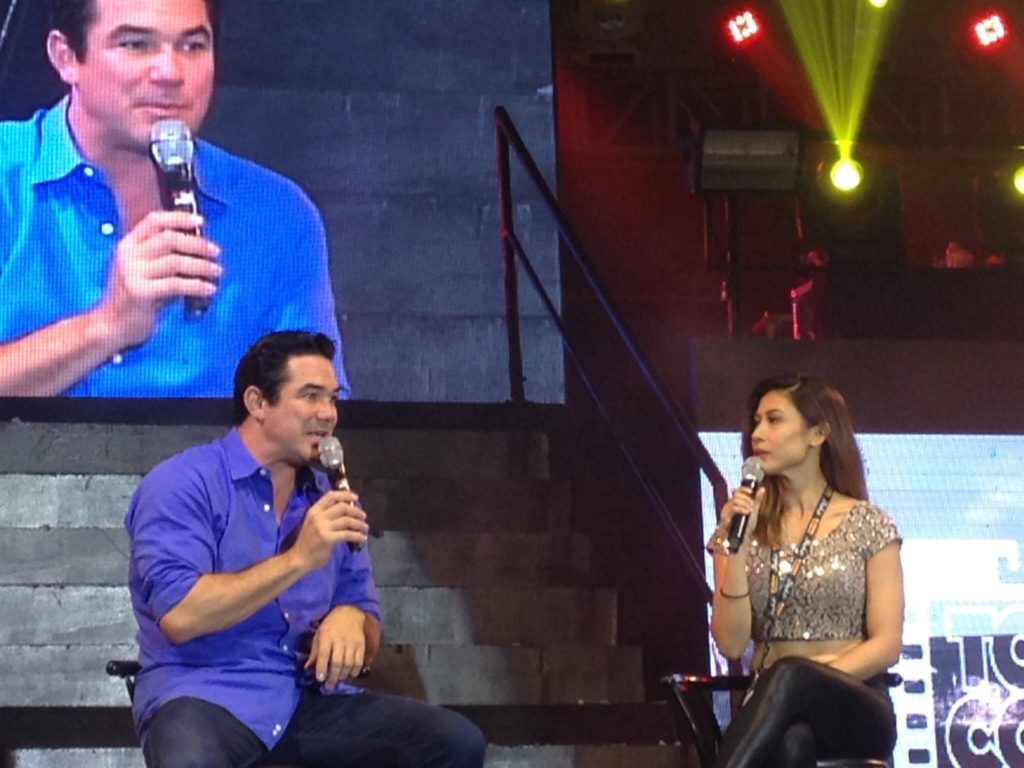 Trivia; Dean Cain doesn’t like flying in planes, he’d rather have the power of flight though. I wonder how he prepared for his role in that Asylum movie “Airplane vs Volcano“?

The Great Stan Lee was also present via video call despite some technical difficulties everyone was awestruck with his digital presence. Stan, being a Tony Stark wannabe, LOVES the ladies! Although he couldn’t divulge any juicy information about any of the future Marvel movies or the fate of Captain America as an agent of Hydra, he did say he’ll be making another cameo appearance in Guardians of the Galaxy vol 2.

HODOR Holding His Own 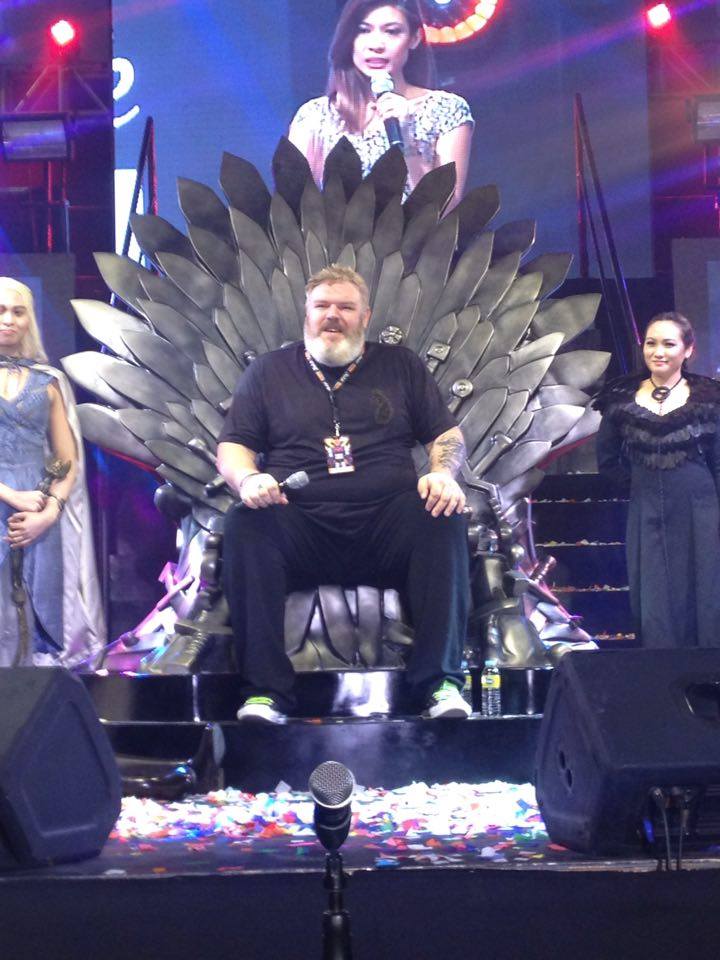 Kristian Nairn returns to the Iron Throne for day 2 and he really brings in the crowd! This jolly man would love to see Ramsey Bolton die a horrible death and is passionate about the scifi genre. He talked a little about his professional relationship with  Isaac Hempstead-Wright who plays Bran Stark and told a funny short story how Isaac broke his phone on their 1st day on the set and that now he’s all grown up and is well prepared for his character to take a more significant role in the show. Kristian as a musician found inspiration and influence in 80’s music and what he defines as “dark” music w/c isn’t necessarily rock. Maybe Lego Batman knows a thing or two about this “dark” music thing. Trivia; He likes Lumpia 🙂

But wait we we’re also treated with musical performances by Yanakiku and Electric Ribbon! their lively and upbeat performance was infectious and definitely Kawaii

Onto the Gaming Scene

But enough of the main stage lets head on over to the Gaming Library booth where the Blood Rage tournament crowned Vince Golangco as Viking Champion by the game designer himself Eric Lang! 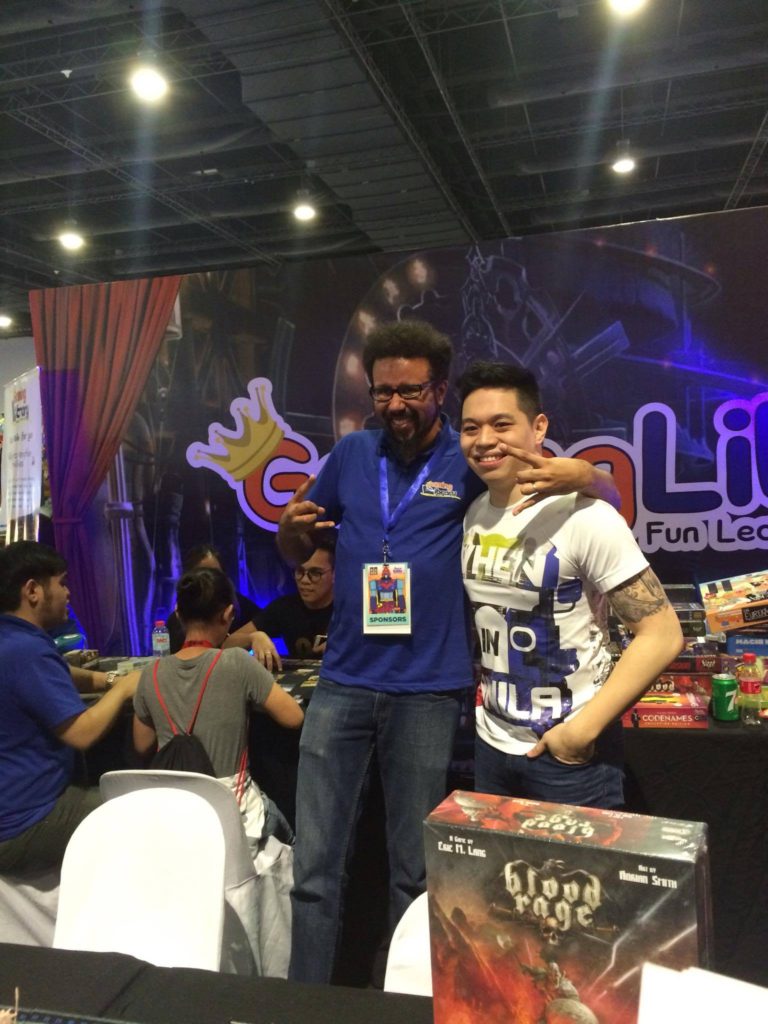 Eric then gave a short talk about board game design in one of the function rooms. That man is very knowledgeable about his craft and his narrative style of communication was easily digested by his audience. 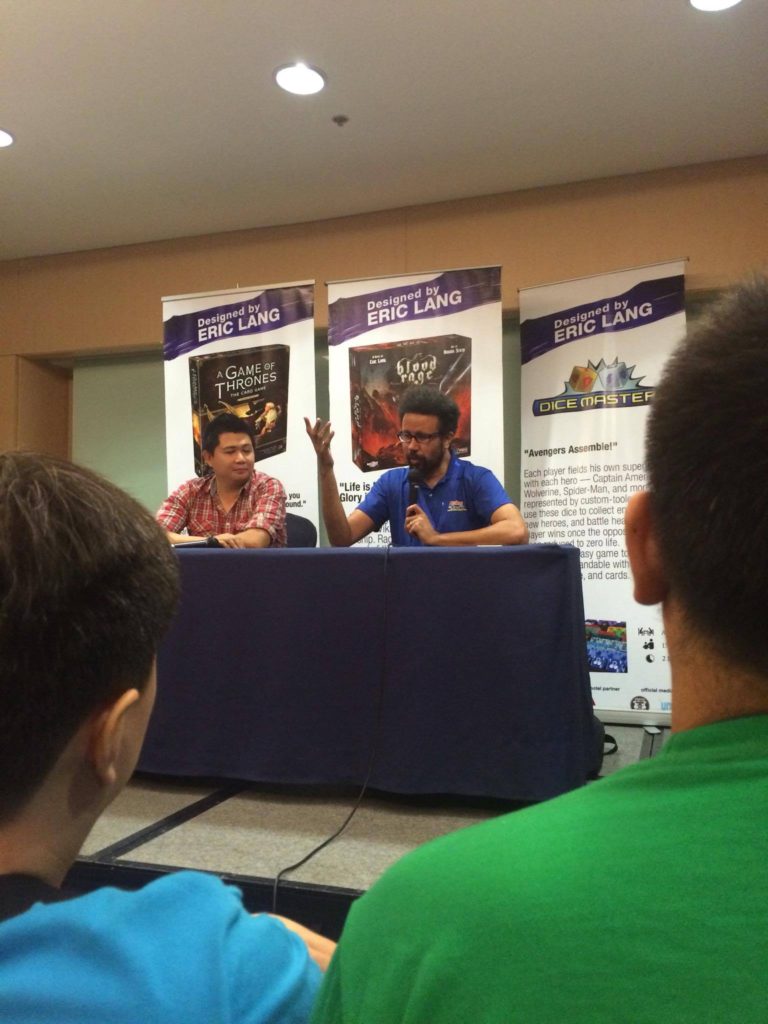 We also got to demo play some of his upcoming games w/c we will be writing about soon, watch for it at Ungeek.ph 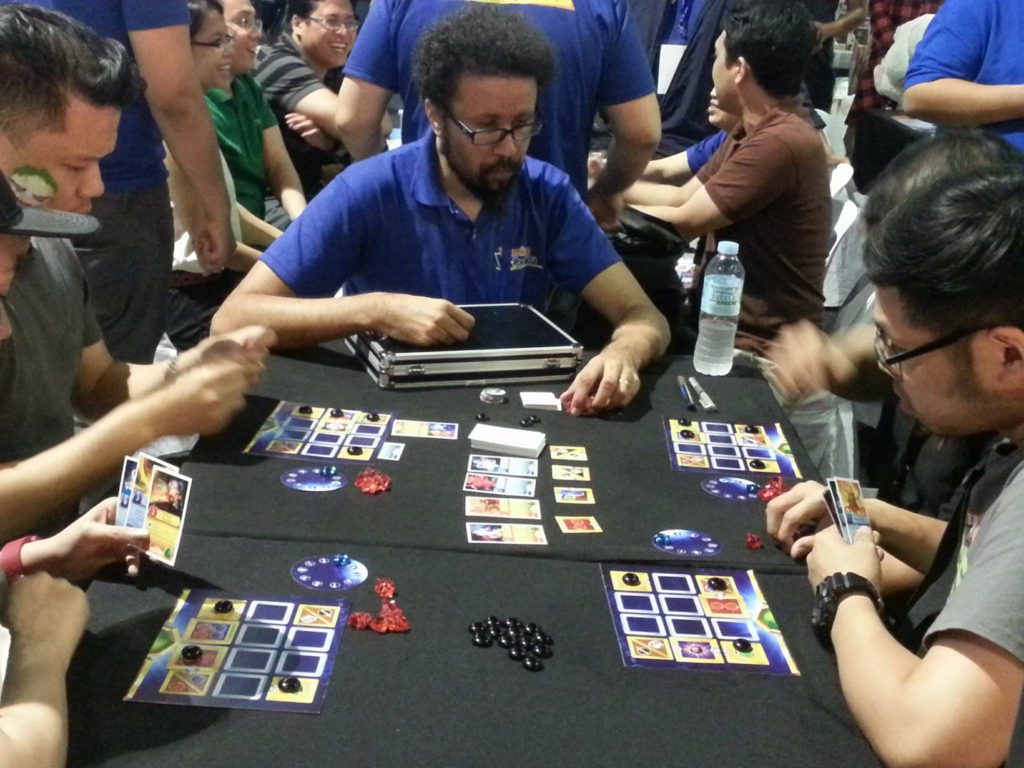 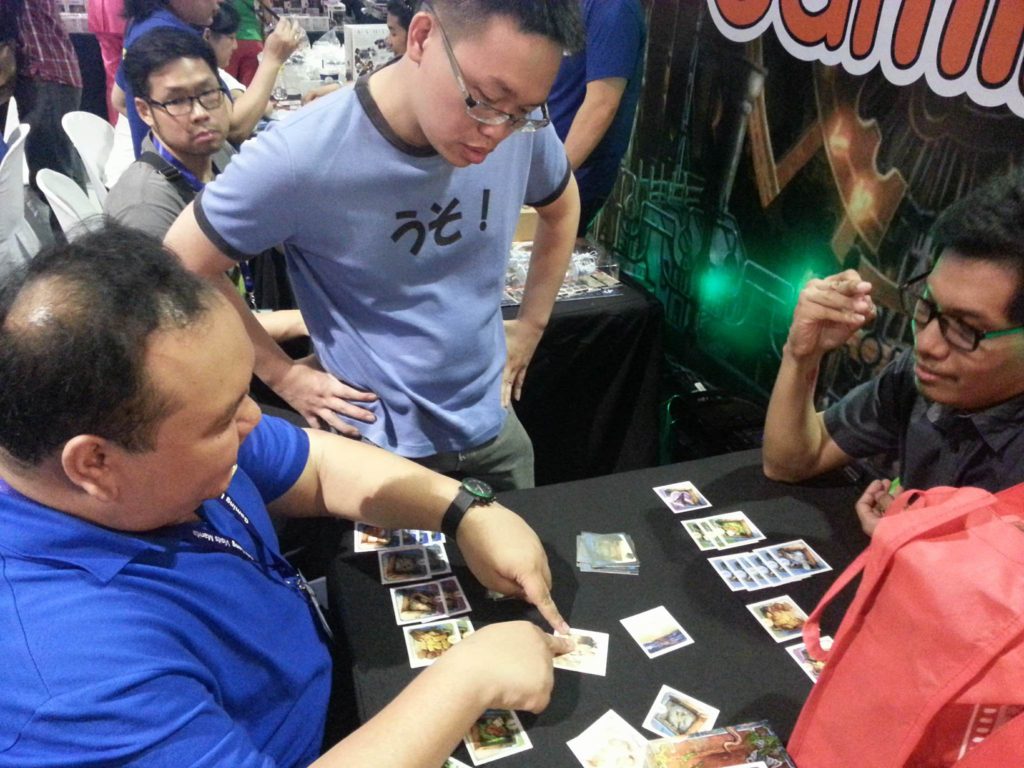 Of course the day wouldn’t be complete without the usual runabout the toy market and exhibit. 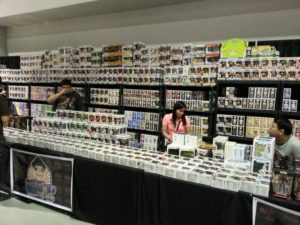 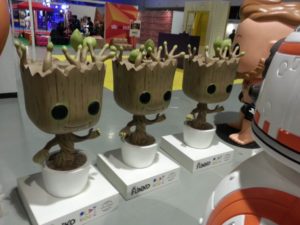 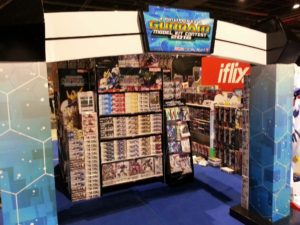 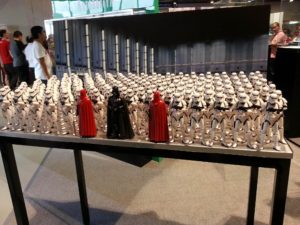 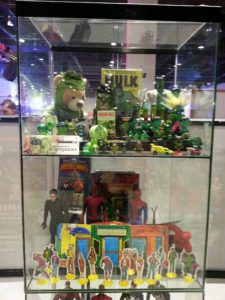 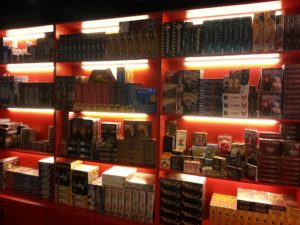 And thats it for day 2 watch for our coverage of TOYCON 2016 day 3 here at Ungeek.ph