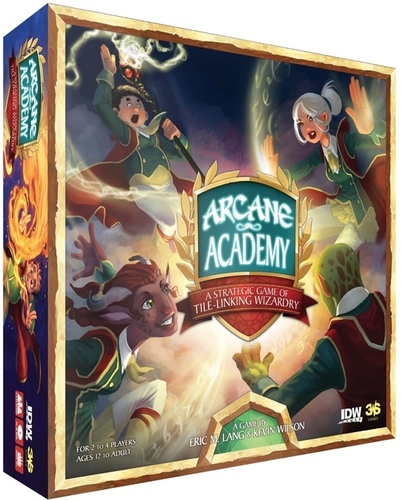 Such is experience we had during ToyCon 2016 with renowned game designer Eric M. Lang, few of his notable games are Chaos in the Old World, Marvel Dice Master, Arcadia Quest, XCOM: The Board Game and of course Blood Rage just to name a few, if any of those games caught your attention, then listen up because Arcane Academy will certainly pique your interest. 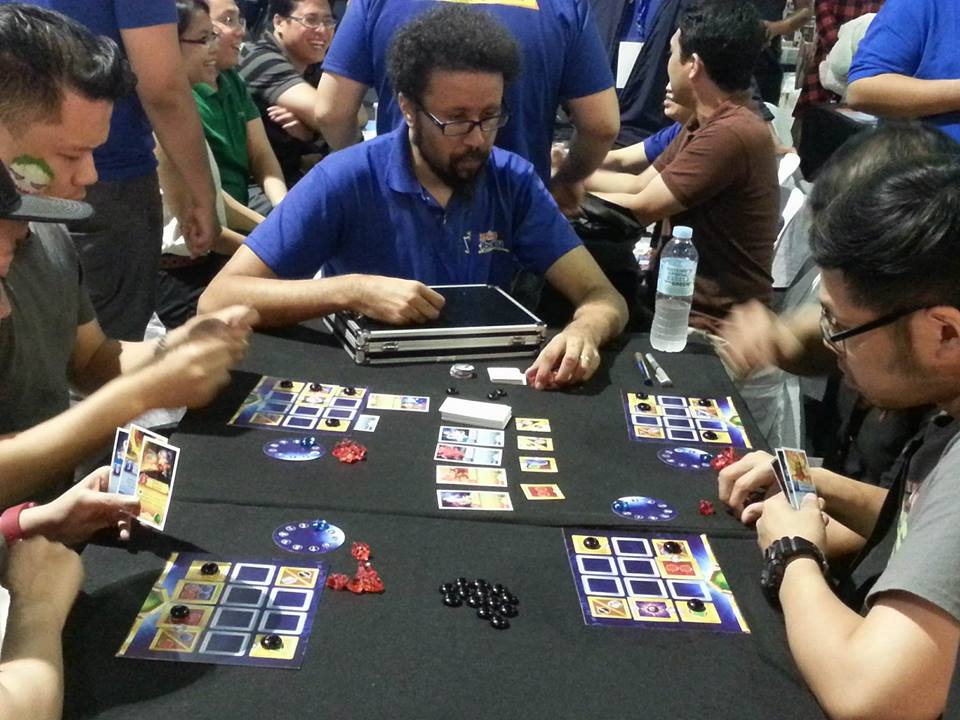 The goal is straightforward: be the one with the most prestige point at the end however, how you achieve that is anything but. Arcane Academy is deceptively simple yet astonishingly rich in its design. This aspect is clearly shown in the first few minutes of the game because, believe it or not, that’s all it took for Eric Lang to explain the whole game. A few minutes is all it took for us to learn a new game and have a blast playing it. 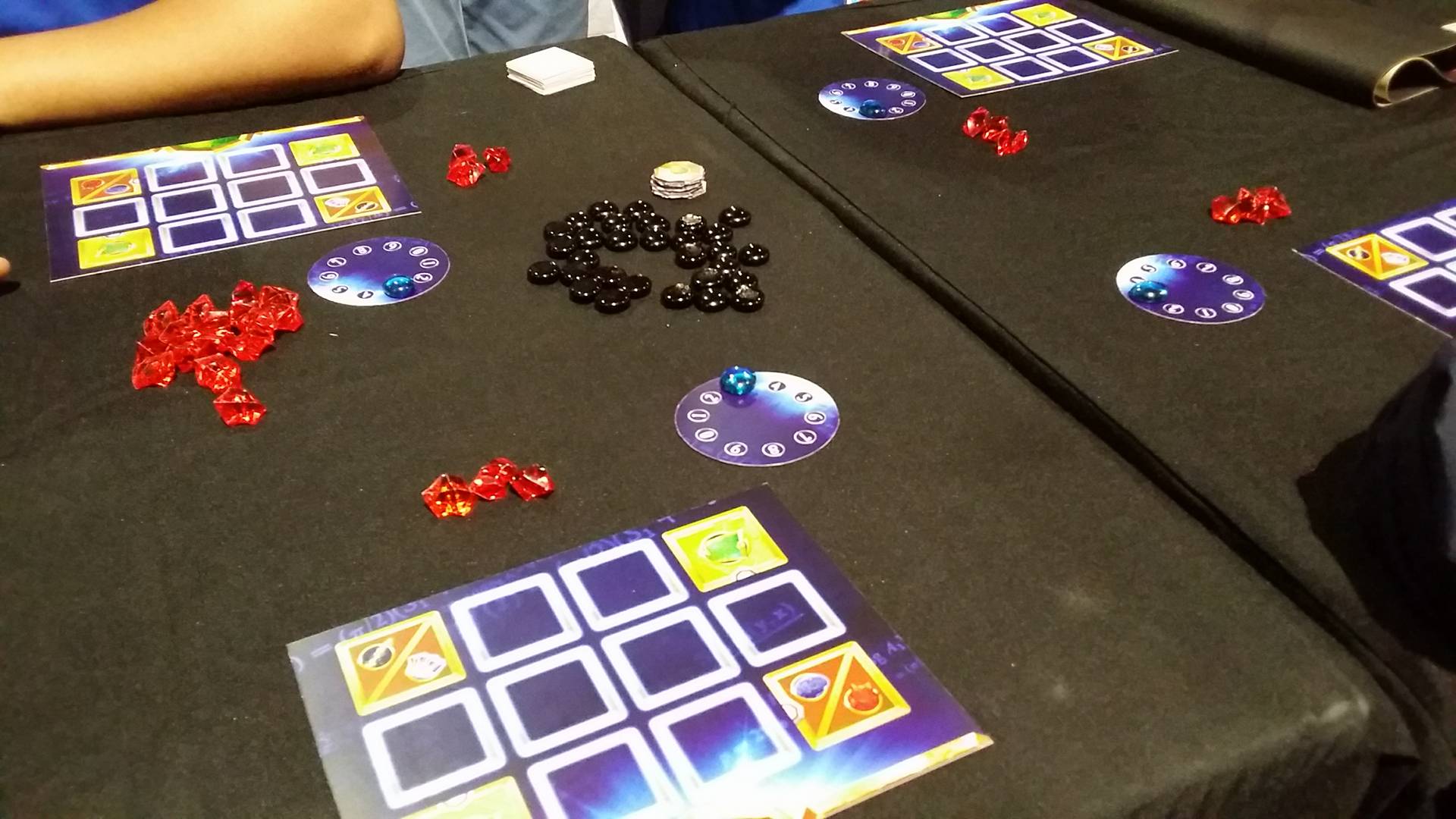 The game itself is a kind of hybrid in terms of mechanics. Players start with a playerboard, a few crystals and mana (the currencies of the game). The game features set collection, tile laying, and spacial puzzle elements – all of which can be chained to a combo move that can very well give you a big lead if executed effectively. 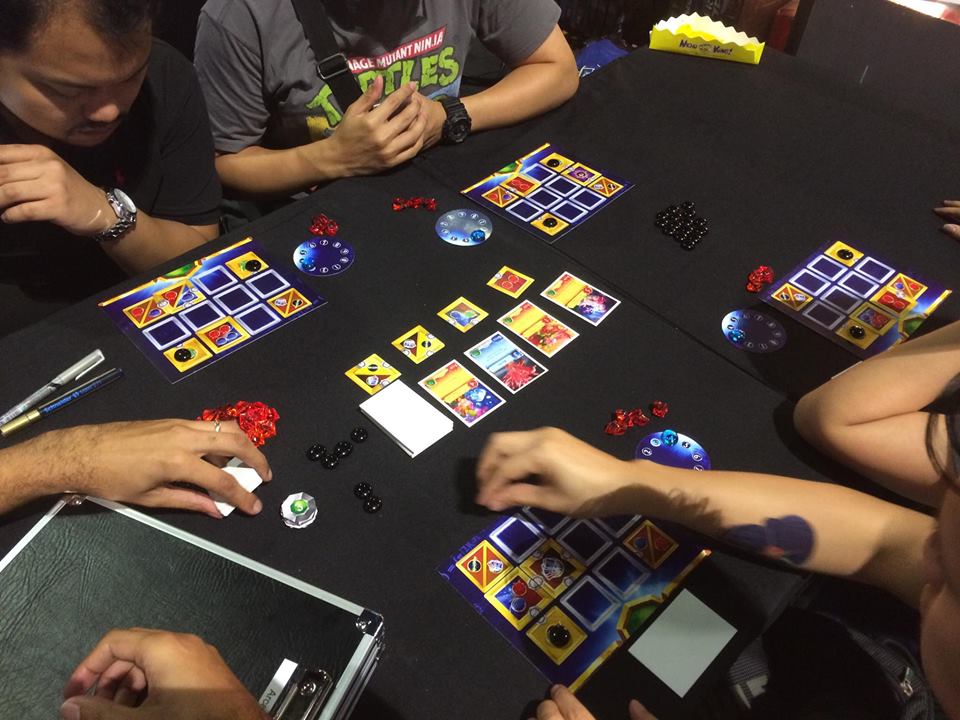 There is a central market where players take turn buying cards that grants various abilities and tiles that gives player more actions. These tiles are placed on their playerboard in such a way that, when activated, has the possibility of triggering adjacent tiles to form a combo. This is where the puzzle element kicks in – maximizing all tile placement for the most effective move next turn. The cards have different uses – from gaining extra currency to manipulating your playerboard – and also serves a timer. When a player has a certain number of cards, the last round begins then the game ends. Points are tallied and the winner is determined. 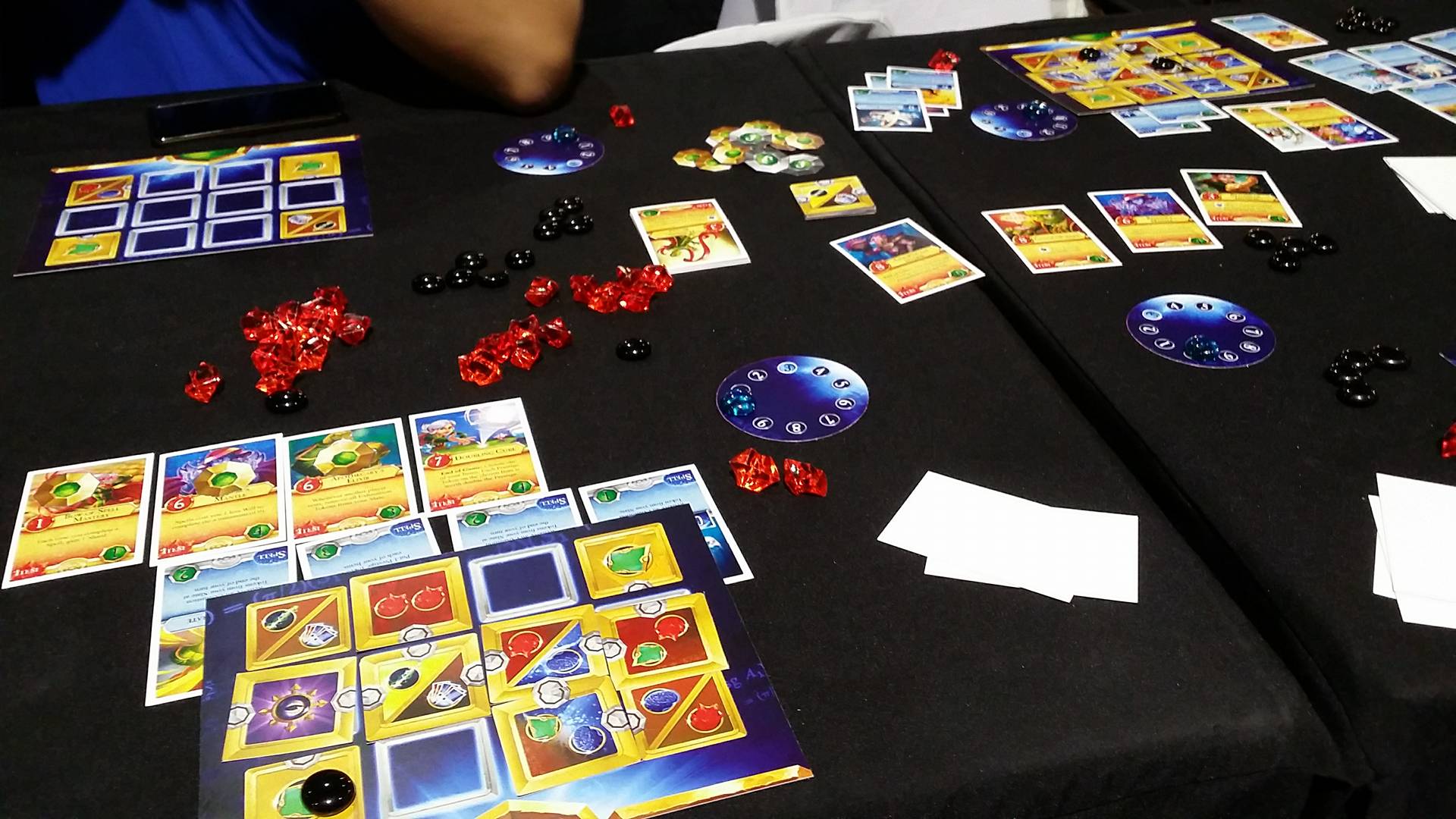 In a nut shell, Arcane Academy is an easy game to get into yet offers a great deal of gameplay. Searching for that perfect combo of cards and tiles for that epic winning move is one of the best part of the game in my opinion and efficiently managing your resources while silently using the force to bend the other players will so they don’t take that one tile you desperately need, then cursing them when they do. Fun times!

- Advertisement -
Previous article
Time to cancel the apocalypse again! The Pacific Rim sequel has a release date for 2018!
Next article
A Complete Beginner’s Guide to Miniature Painting – Part 4: Dry Brushing, Applying a Wash and Finishing up.