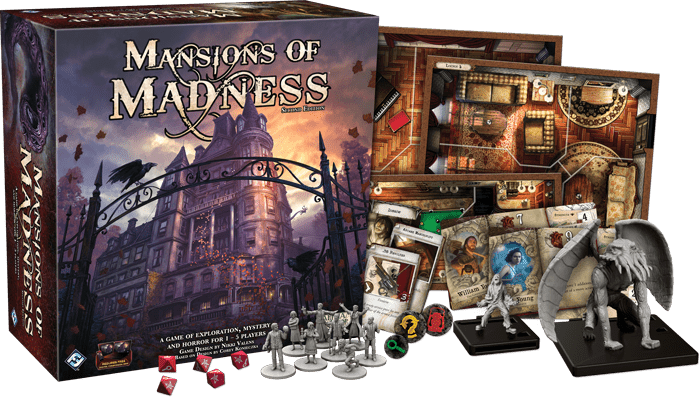 Gen Con 2016 has come and gone, and now all the shiny new games has finally come to light. Which ones are good and which ones are great are always up for debate, and so, to stoke the flames of contention that is bound to occur eventually, here are a few more noteworthy games to add to your board game wishlist. 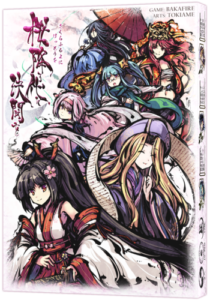 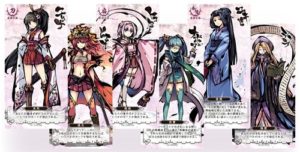 Think Ashes: Rise of the Phoenixborn but with anime art and a faster gameplay. Not much info on this one but still a very beautiful art design to say the least. 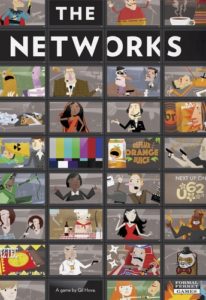 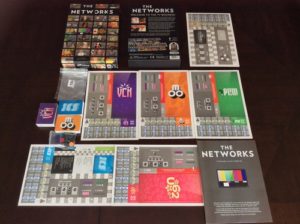 Love watching TV? then this quirky game will most likely speak to your inner couch potato! Here you’re a TV executive vying to be the number one TV network on-air. You can buy TV shows, hire celebrities, and get advertisement deals for more income! Do what you gotta do to rise to the top! 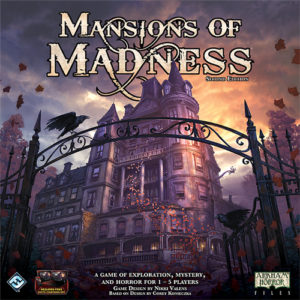 Basically the same game but with the addition of a companion app which streamlines most of the board upkeep. Now you won’t have to keep track of all the fine details of the game which makes for a faster and more immersive game experience. 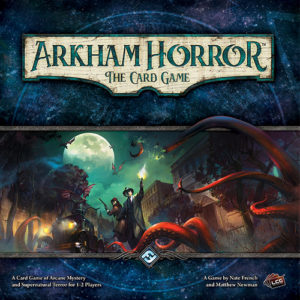 Yet another H. P. Lovecraft inspired game, the closest comparison for this game would be LOTR : The Card Game. Using that as a basis, it’s almost guaranteed this will come with a ton of expansions ….for that is the will of Cthulhu bwa ha ha ha. 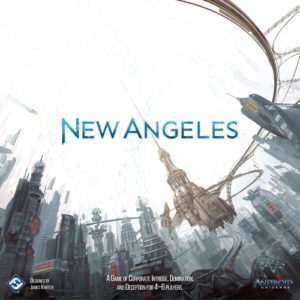 Manipulation, deception, and greed… If any of these words intrigues you then check out this game set in the android universe. Negotiate your way for the best assets and make / break deals without batting an eye because in the end – the size of your capital is all that matters.

Game of Thrones : The Iron Throne 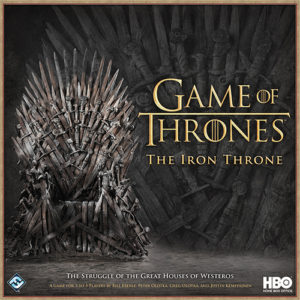 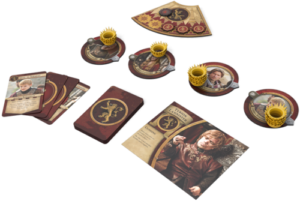 The mechanics of Cosmic Encounter with the theme of The Game of Thrones. could it really work? With negotiation, the use of force, and backstabbing shared as a common path to victory, these two surprisingly share a lot in common. 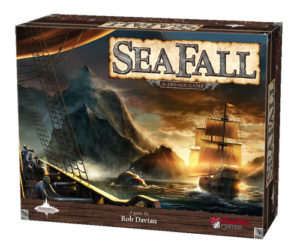 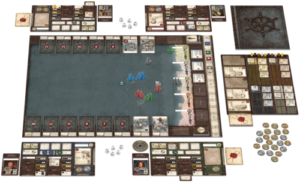 This year’s newest legacy game! An original IP which was conceptualized from its very genesis to be in the legacy format. Perhaps the most interesting aspect of this game is that, at the end of the last scenario of the very last game played, no two game boards will never be the same. You may have discovered a paradise island on your board, but if you played another friends copy, you might find that, on their board, the island was never discovered, which would radically change gameplay. Definitely a fascinating concept. 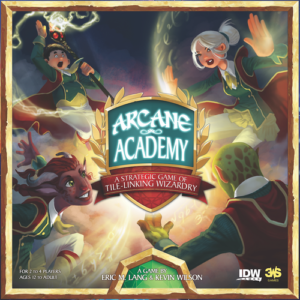 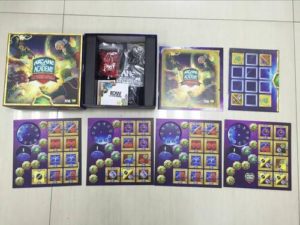 We had the amazing opportunity to play this game in its prototype state and the only major difference between then and now is that now we can finally get a copy of it to enjoy! If you’re interested about this game, we did a full review of it after our initial game. To summarize the review, the game has intuitive and elegant mechanics and is undoubtedly fun. 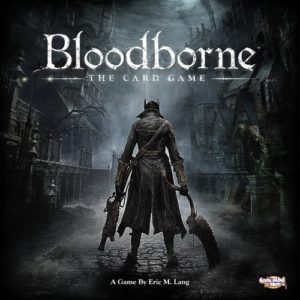 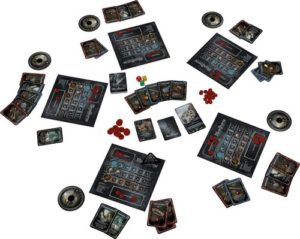 Fight monsters, get upgrades, get stronger, earn victory points, then repeat. The one who best achieves that wins. A simple concept really but the game does it with elegant and well-executed mechanics. It gives off a vibe similar to Gauntlet of Fools but with a richer theme and gameplay. 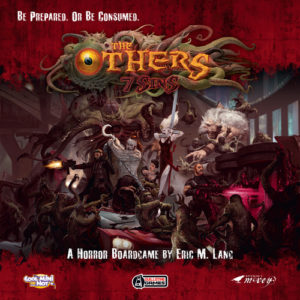 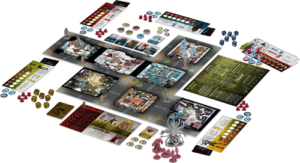 The game that would most likely redefine the meaning of a “hard game.” In most games, you may or may not die. In this one, you most certainly and eventually will die. The most you can do is to do your best to progress the story before the inevitability happens. The only two things you need to know about this game is that it’s from Cool Mini Or Not and from Designer Eric M. Lang, enough said. 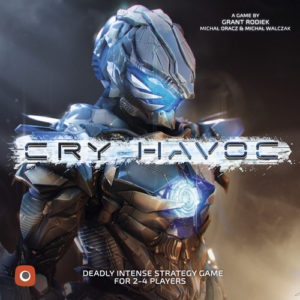 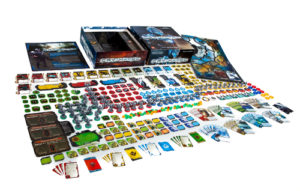 The box art alone would make Iron Man and Master Chief want to play this one! Asymmetrical player powers, unique miniature units, area control, and a lot more – if you have any reservation about this game, just watch Tom Vasel’s review, and you’ll see why this game is much much more than just a good-looking box.

The next two are technically not yet available until 2017, but still something to look forward to, so best start saving up for these up  coming games. 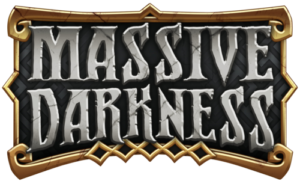 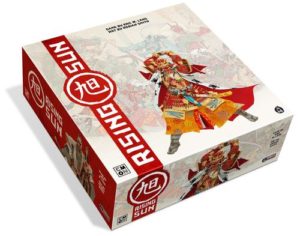 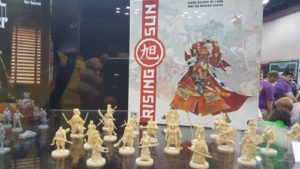 And finally, the one game that really grabbed my full attention! Hailed to be the spiritual successor of the highly successful Blood Rage, (more like a distant eastern cousin in my opinion really) Rising Sun is said to be a more strategic game. As the designer Eric M. Lang said himself, (and I paraphrase here) “if Blood Rage has its root from Risk, then Rising Sun traces its root from Diplomacy.” That alone is enough to be excited about. Watch out for this Kickstarter by early 2017.

And those are the games that, in our opinion, warrants your attention. The sheer number of new games that comes out every major gaming convention is mind-boggling that its crazy ridiculous, so we hoped that our little article helps sort through the diamonds in the rough. Think we miss a few gems of the con? Let us know and we’ll get right on it! Enjoy!

- Advertisement -
Previous article
[CONTEST] The First History Asia’s Digital Star Could Be YOU!
Next article
The Latest Rogue One: A Star Wars Story Trailer shows the return of a certain Dark Lord of the Sith