There’s a new “Gy” in town! | MacGyver Returns to TV in AXN 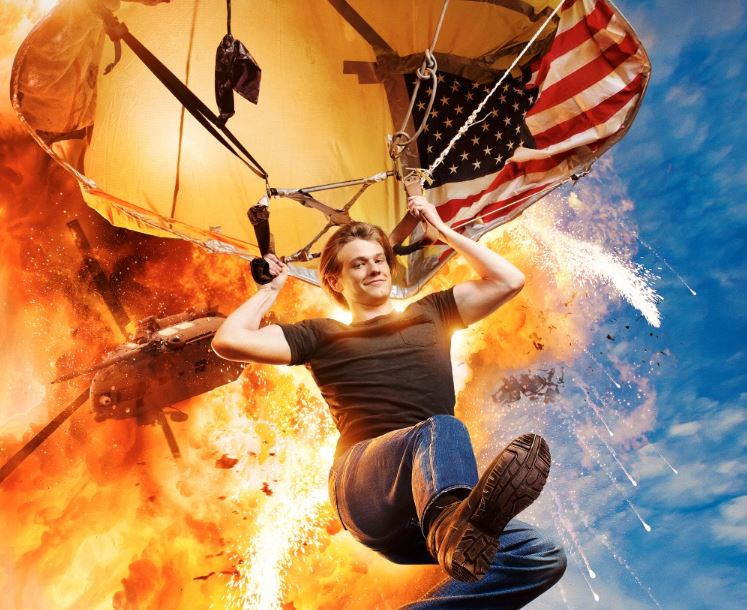 There’s an esteemed list of people who have been immortalized because of their cultural impact: David Hasslehoff for Baywatch, Chuck Norris for… well, just because he’s Chuck Norris, and then there’s Richard Dean Anderson. Richard Dean Who, you might ask? If you don’t know who he is, then you’ve missed out on one of the best secret agents there is who can fix anything with a Swiss Knife!

For the uninitiated, MacGyver is an 80’s TV show that aired from 1985-1992 and introduced us to a man with so much resourcefulness and scientific know how that he puts our science professors to shame. Among a list of his notable moments are defusing a bomb with a paperclip (A PAPERCLIP!!!), stop a sulfuric acid leak with chocolate, create a defibrillator from candle holders, and much more! If there was one guy that males idolized during the 80’s, it would be MacGyver, everybody wanted to be him and all the bad guys hated him for ruining all their plans.

Fast forward to 2016 and more than 20 years after the last episode of MacGyver, AXN brings the childhood hero back to life with this modern day take on the action adventure drama that showed us the importance of a Swiss Knife and a lot of imagination!

Set to premiere on September 29, this action packed retelling of the hugely popular 80’s TV series highlights the adventures of MacGyver (portrayed by Lucas Till) as he goes on exciting missions around the world to save lives and foil the bad guys.  MacGyver has all the tools in his arsenal and his resourcefulness is second to none as he looks to survive life and death situations by using common items in his surroundings and his limitless imagination to get out of seemingly impossible trials.

Lucas Till stars as MacGyver and joining him will be well known CSI veteran George Eads as Jack Dalton. The executive producers of the show is nothing to scoff at, boasting of big names such as Peter Lenkov of CSI: NY fame, Henry Winkler of Happy Days, Lee Zlotoff from the original MacGyver, and James Wan of Saw and The Conjuring!

Expect a lot of action and thrilling moments as MacGyver premieres on September 29 (same week as the US premiere) at 945pm, first and exclusive only on AXN!

I am so excited to see this show! I think Lucas Till will be a great fit for the role and since I grew up watching how MacGyver comes up with one crazy solution after the other, it will be interesting to see  how this will carry on in the new series. Are you excited to see this too? Let us know in the comments below!

- Advertisement -
Previous article
Watch Pokémon Generations, a new YouTube series that celebrates 20 Years of Pokémon
Next article
Nomad’s Place Airbnb: One Can Never Have Too Much Waifus!