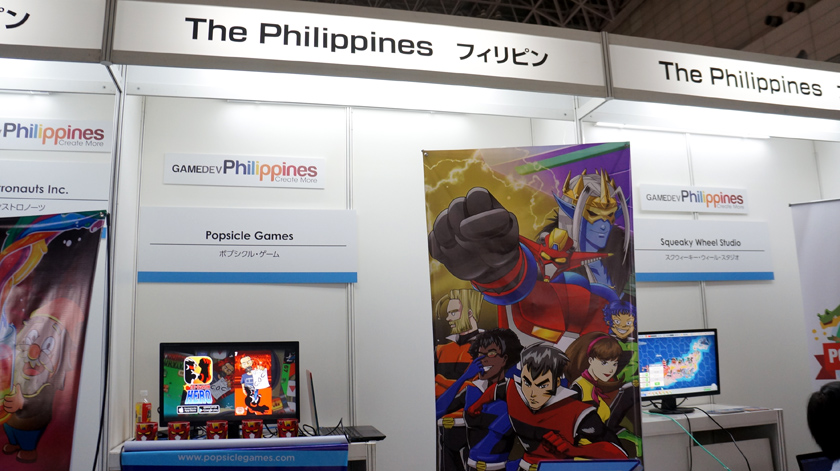 One of the highlights at Tokyo Game Show 2016 are about the up-and-coming game developers in the industry. Much like Casual Connect Asia, every year they get to show new games that could be potential hits in the future.

Here are 4 international projects to be featured at TGS 2016: 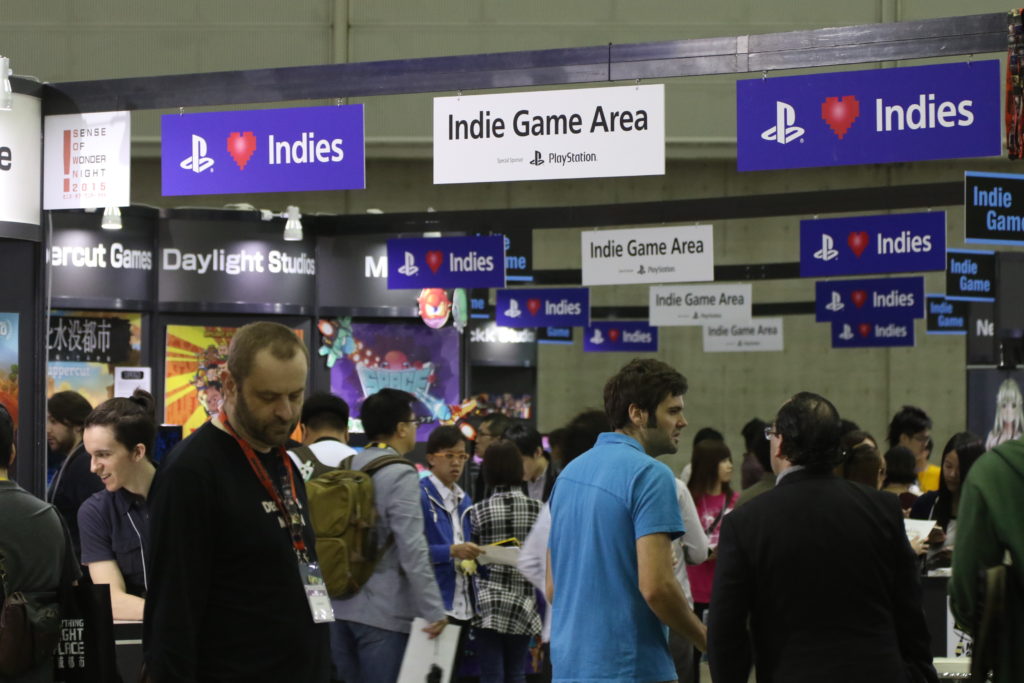 Originally started in 2013, the Indie Game Area is an exhibition area for independent game developers across the world. Anyone who has the adequate chops can participate here, regardless if you are a professional or amateur. This year, approximately 322 developers around the world participated here. After careful selection, they chose 68 developers to have the opportunity to showcase their game in the biggest gaming event thi side of the world!

The venue is located at Hall 9.

Here are all the exhibitors participating at the event: 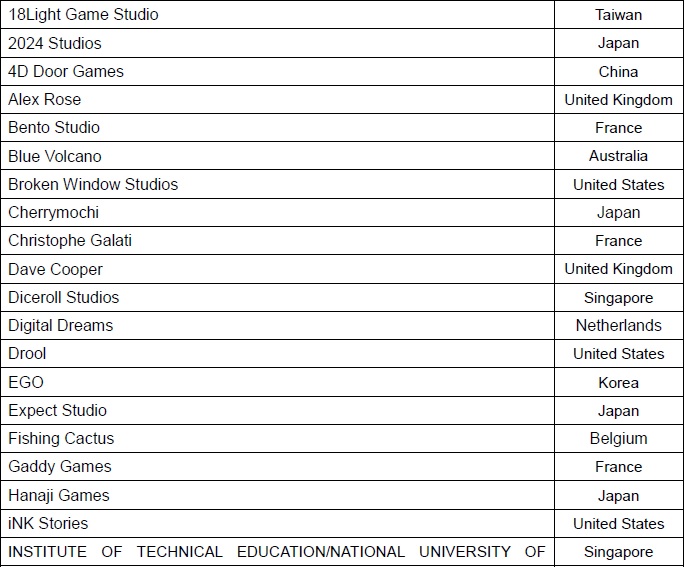 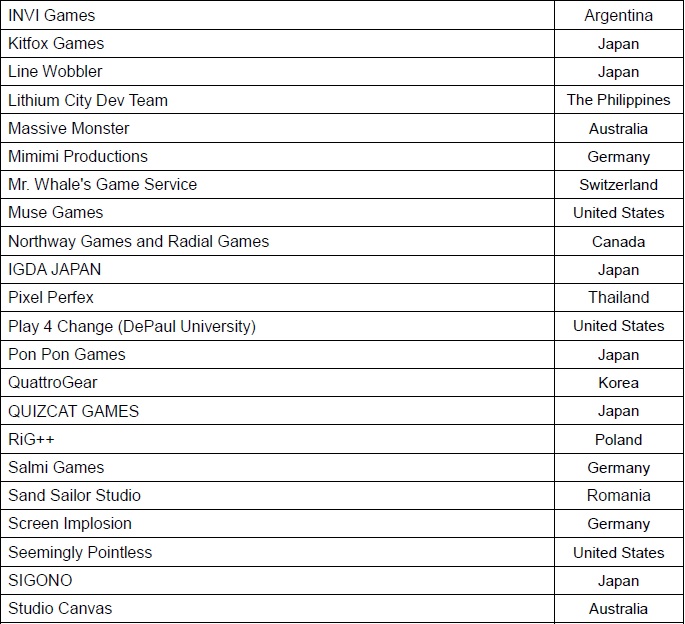 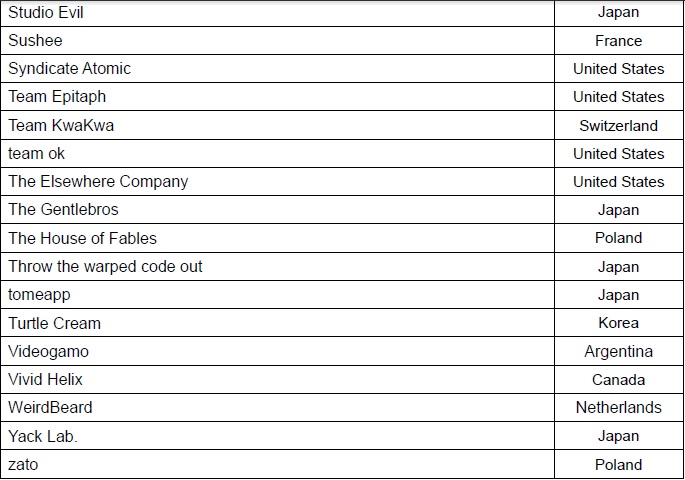 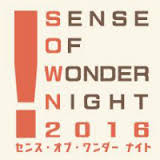 The main goal of Sense of Wonder Night (SOWN) is to catch people by surprise and hopefully give them, like its namesake, a “sense of wonder” – or a sense that something will change in their world, right at that instant while experiencing the event! 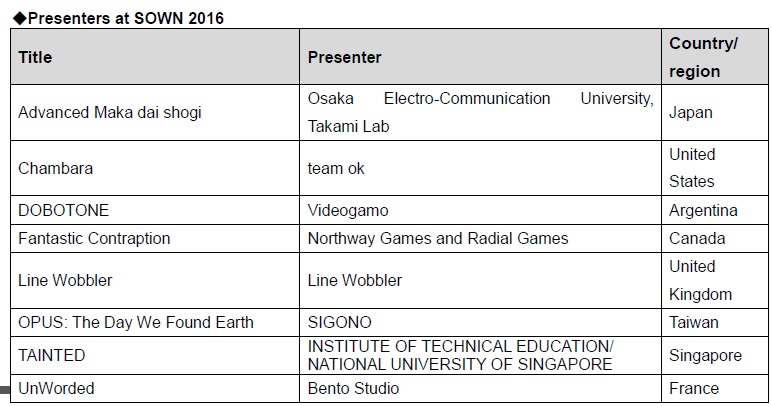 Coming in at its 9th year at TGS 2016, SOWN will feature 8 finalists from 8 different countries. Those 8 finalists mentioned went through a careful selection process and was picked from the 68 game developers coming from Indie Game Area itself.

Started primarily in Asia since 2012, they now branched out to Eastern Europe and Latin America. This area primarily features new and upcoming stars with promising gaming ventures that are highly active in regions with a rising gaming industry.

This year there are 84 developers from the 3 regions mentioned with a total of 13 countries displaying exhibitions. Here are the countries featured:

The Indonesia Game Industry will exhibit in the pavilion by the support of managing companies from AGI (Asosiasi Games Indonesia) which is the organization of Indonesian game industry. Rising game development companies such as Anantarupa Studios and Toge Productions as well as the major game developing companies such as Agate Studio and Touchten will exhibit, too. They support businesses that accommodate various development needs.

Singapore’s game industry is expected to grow as a hub in South East Asia, and VR game developers from Singapore such as Gattai Games, Kaiju Den, and Witching Hour Studios will participate.

Five companies from Thailand, which is garnering attention as a gaming market, that excel in mobile game development and VR games such as Miryn Inovation and Mad Virtual Reality will be exhibiting.

The Polish embassy and the Game Industry Conference, the largest of its kind in Central and Eastern Europe, will accompany six companies and organizations from the dynamic Poland, which continues rapidly growing, in an attempt to enter the Japanese market.

This will be Malaysia’s first time exhibiting in a pavilion, led by Malaysia External Trade Development Corporation (MATRADE).

16 mobile game and VR game developers, led by the Trade Commission of Mexico in Japan, will bring along games from Latin America to exhibit.

In Vitro Games, which excels in PC game and mobile game development, will exhibit. 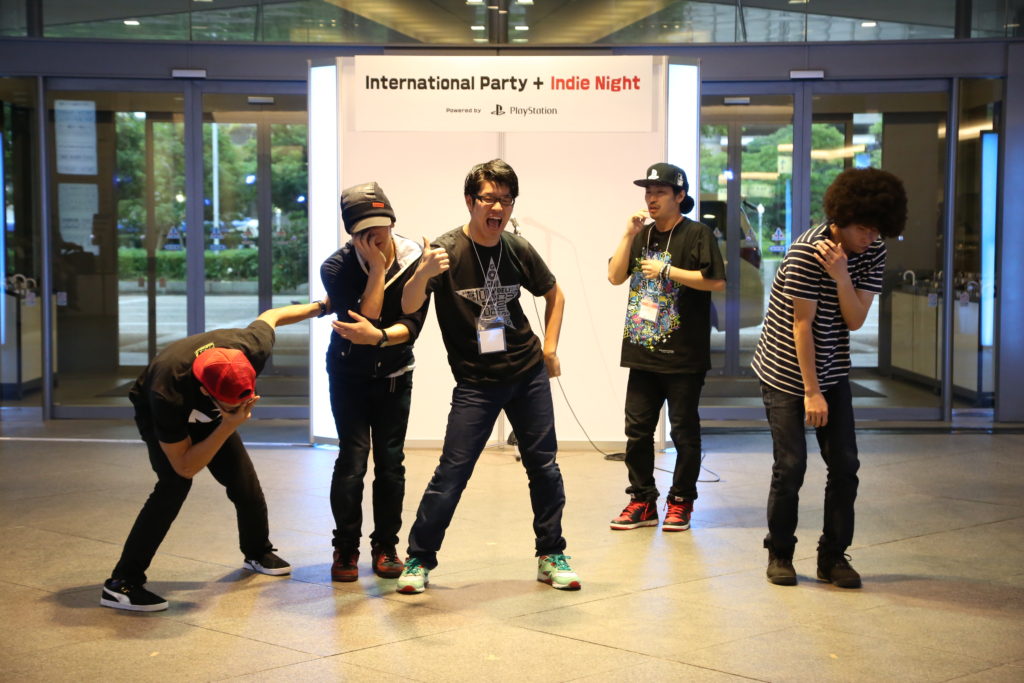 The annual International Party, which has been held mainly for overseas exhibitors, is renowned for Indie Game Area and SOWN presenters. Global interactions will be promoted in a very casual atmosphere.

Aside from that, international projects such as an e-sports stage, “Cosplay Connection Night @TGS” and “Tokyo Otaku Mode Live Stream Hut” for visitors overseas are expected to be held there.

As of September 1, 2016 the number of overseas exhibitors has reached a new record of 343. It is without a doubt that every year, TGS is attracting more attention from across the globe.

And that’s it! If you are at the event make sure to drop by at the Indie exhibits featured at TGS. Who knows? You just find that one gem of a game you’ve been looking for! Till then, keep on gaming!

- Advertisement -
Previous article
Resident Evil 7 Update: Meet “The Baker” Family and Check out the Beginning Hour Demo
Next article
The Wonders and Oddities of Virtual Reality (VR) Games in the Tokyo Game Show 2016