Fan Expo Canada 2016 lives up to the Hype and Delivers in a HUGE Way! 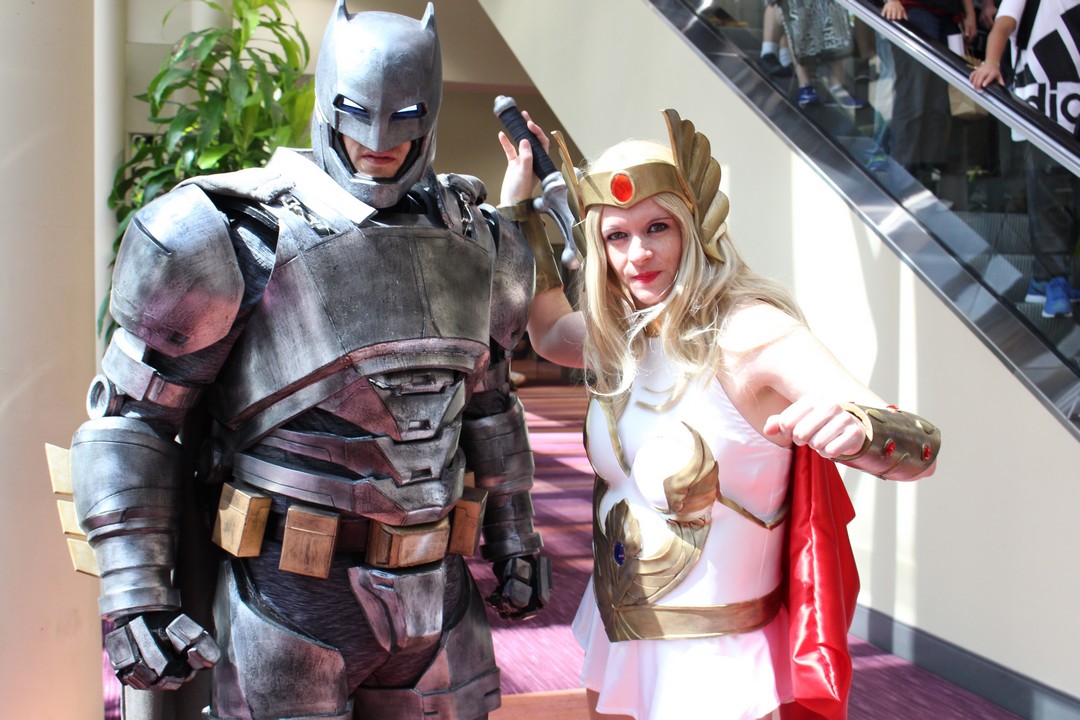 With the end of summer coming upon the City of Toronto, where the temperature drops, pumpkin spice lattes make their seasonal come back, and the festivities for fall begin. The last long weekend on September 1st-4th, marked one last hurrah of fun.

Now, if you weren’t ‘in the know’ about city events, noticing the streets of Toronto crowded with Halloween costumes almost two months early may have been alarming. You might have seen Spiderman swinging around and jumping on street furniture, or maybe five Harley Quinns with their Jokers, or Batman sat next to you on the subway. This only meant one thing: the Fan Expo Canada 2016 was about to kick off once again. 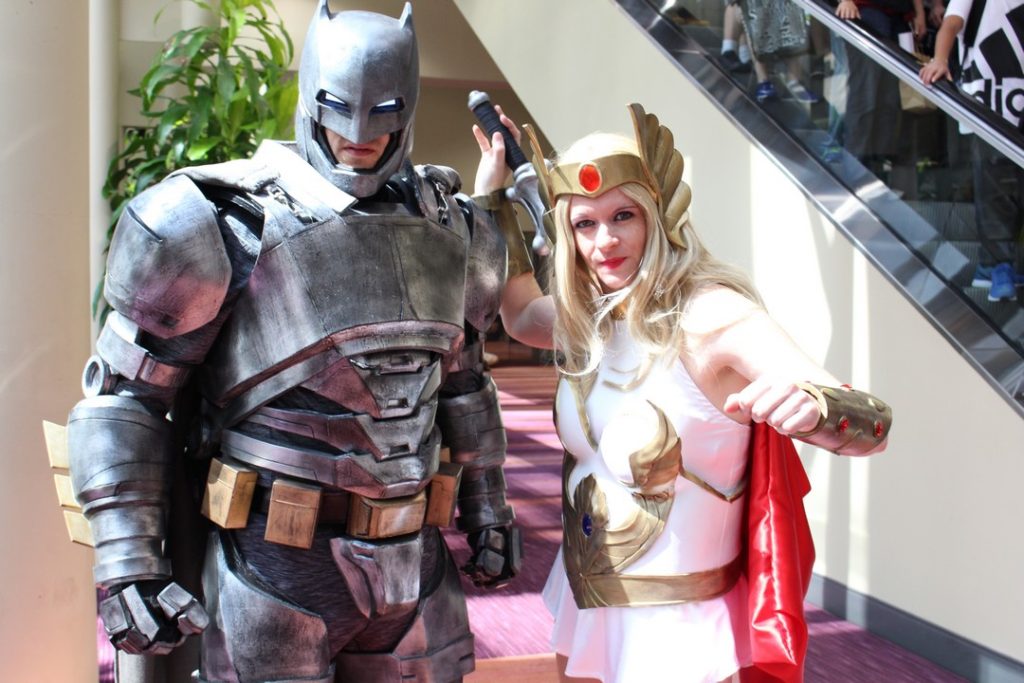 Ranked as one of the largest Cons in North America, Fan Expo took over the entire Metro Toronto Convention Centre. Divided into two merch sections in North and South buildings, an E-sports arena featuring demos for VR headsets like the HTC VIVE, a major CS:GO tournament, celebrity panels and signings, artist alley, and much more. The festival brought in approximately 125,000 fans eager to meet their idols, show off the costumes they’d made, or just there for the heck of it.

Celebrity guests came together to greet fans from an array of media to satisfy everyone’s fancy, from video games, anime, comics, and TV. Guests like Mark Hamill, William Shatner, George Takei, and Stan Lee were just some of the mega stars to make an appearance. This was a very important con for Marvel fans in particular due to an announcement made by Stan Lee’s people saying that it would be his last Canadian con. He didn’t come without showing his red and white patriotism, as Lee is a huge Justin Trudeau fan. In Marvel issue of No. 5 of Civil War II: Choosing Sides, there is our Canadian Prime Minister flaunting his pearly whites donning a red and white get up in a boxing ring. 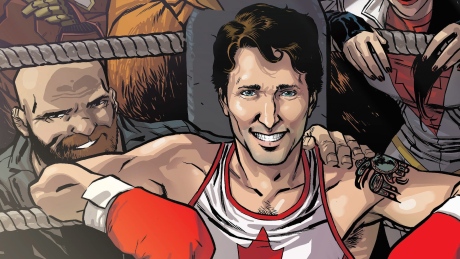 The Con started on a Thursday with a lower turnout, so I took advantage of this and bought all my merch then. As a new collector of Funko Pops, there were many booths that sold them. Also as a huge Sailor Moon fan, you best know I bought them all. Throughout the weekend, red and black Team Rocket sweaters became all the rage due to Pokemon’s spike in popularity with Pokemon Go. Toronto based Apparel Company Pink City has been gaining quite the attention from not only the general public but celebrity cosplayers and internet personalities such as Meg Turney and Jessica Nigri flaunting their geek culture apparel. I actually bought one and was often mistaken for cosplaying during Day 3. 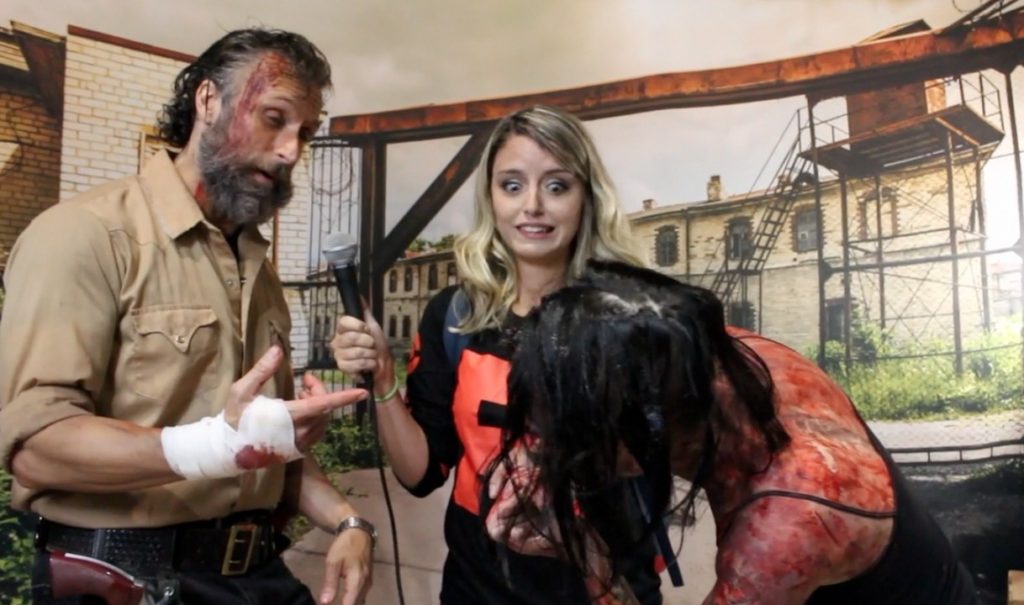 We were there representing Ungeek and covered Day 3 and 4 as they were the busiest of the two days. The vibe of the event was both chaotic and energetic, as fans got ready for an action packed weekend, eager to go out with a bang this summer. We started off in a horror section where I was put in a cage with cosplayer Cecil Grimes who impersonates Rick Grimes from The Walking Dead while a zombie tried to eat my arm off. After scoping out the North building full of fans buying merch and avoiding the massive lines for celebrity autographs, we interviewed some cosplayers and headed to the South Building.

There held Artist Alley full of comic book artists and fan art posters that also doubled as a second merch area and cafeteria. The biggest attraction here was the CS:GO tournament featuring teams like Optic Gaming, Cloud 9, and Winter Fox. The championship took place all weekend with a prize of 100,000 CAD split between the three top teams. First place winners Immortals, an American team known for their high performance team in League of Legends, took home $50,000. Runners up included Cloud 9 and Heroic who banked in $25,000 and $15,000 respectfully. 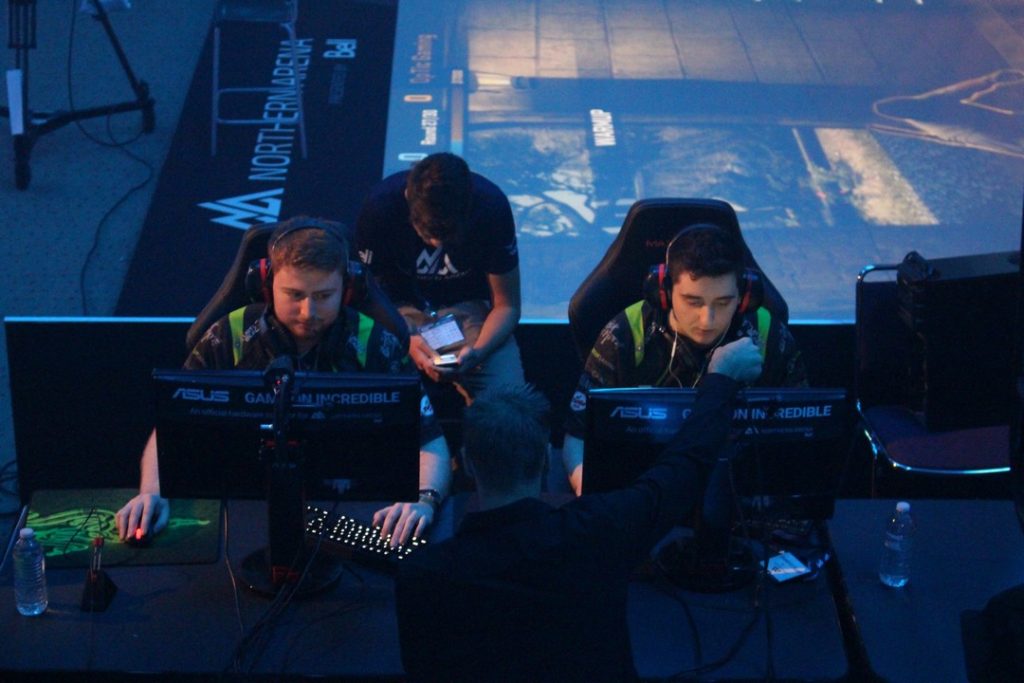 Panels were also running in various halls throughout the day. They varied between Celebrity Q and A’s and table reads, topics about comic book art and sketching, to prop design for cosplaying. I went to a panel called Women in Anime and Video Games. As a female gamer myself, this one really spoke to me. The community is just accepting female gamers in what used to be so male dominated. These actresses talked of the challenges of voice acting in both anime and Video games expressing the competitiveness over lack of female roles and playing boys due to their higher pitch voices. Nonetheless, they were all energetic and entertaining to the audience and were showed much adoration and respect from fans.

Later in the day, I got to talk with Veronica Taylor, the voice actress of Ash Ketchum (Pokemon). She had been his voice for the first eight years, the voice of his mother, and Diglett. When asked how old Ash actually is, she replied with, “Ash is the ten year old in all of us. When you’re ten anything is possible…” Even becoming a Pokemon master.

We also asked when Pikachu was going to evolve into Raichu in case any of you Pokemon fans were wondering, “It’s like when your parents wanted you to be a doctor and you didn’t want to. You really can’t force something that is not in your heart.”

And there you have it folks.

Fan Expo, a Con of epic proportions. A weekend where you can be whoever you want to be, be as creative as you’d like, and support the series’ that you love. As for me, I left that weekend with a sense of accomplishment and eternal pride to call myself an all-out geek.