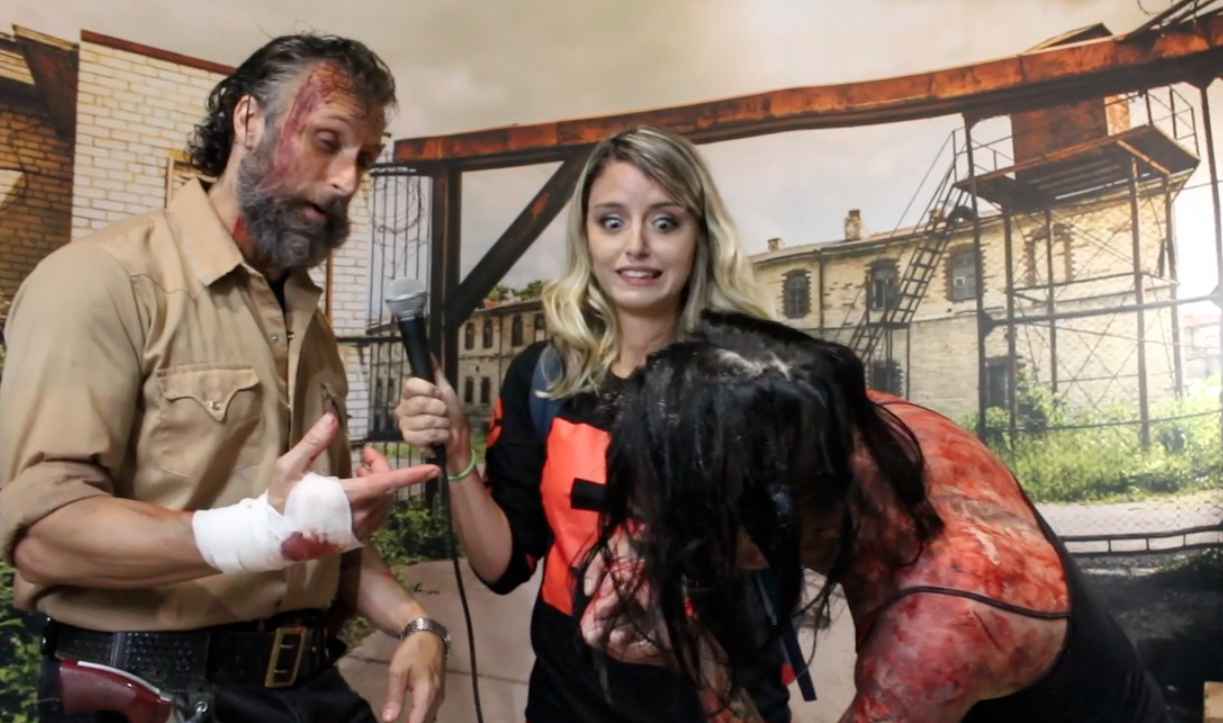 If you didn’t get the Labour Day memo, a bunch of hardcore fans emerged from behind their computer screens and mobile devices and took over Toronto, Canada.

It may have been kind of alarming having to take the subway early in the sleepy morning hours of Saturday or Sunday to find The Joker putting his arm around his Harley Quinn while sipping your morning coffee. 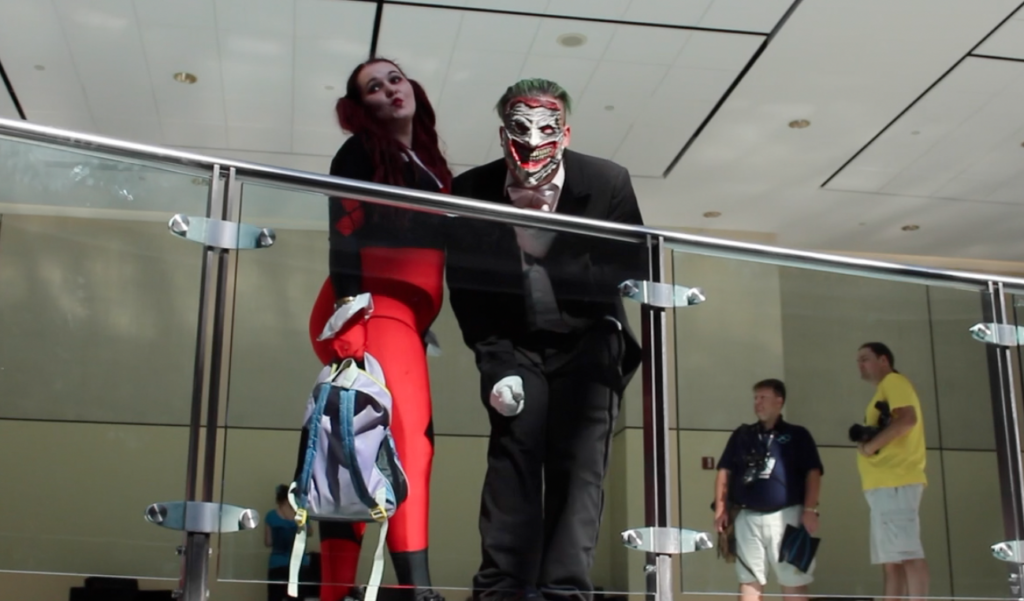 Maybe you remembered that guy at the bar last night who walked around with big spiky blonde hair wearing an orange jump suit screaming “Kamehameha!” at the top of his lungs. And then it dawns on you.

Fan Expo 2016 is in full swing, and that’s why the whole city has gone absolutely insane.

On day three, I chose not unleash my alter ego, the blonde bombshell crime fighter Sailor Venus. I sported a Team Rocket shirt that I bought from my friends at Pink City; a sweatshirt that was seen on many other people including cosplayer and Internet personality Meg Turney.

Fortunately for me, most people ignored my light washed ripped up jeans and backpack full of technical equipment. I was still stopped for pictures by quite a few Pokémon die hard fans mistakenly thinking I was in SOME kind of cosplay. 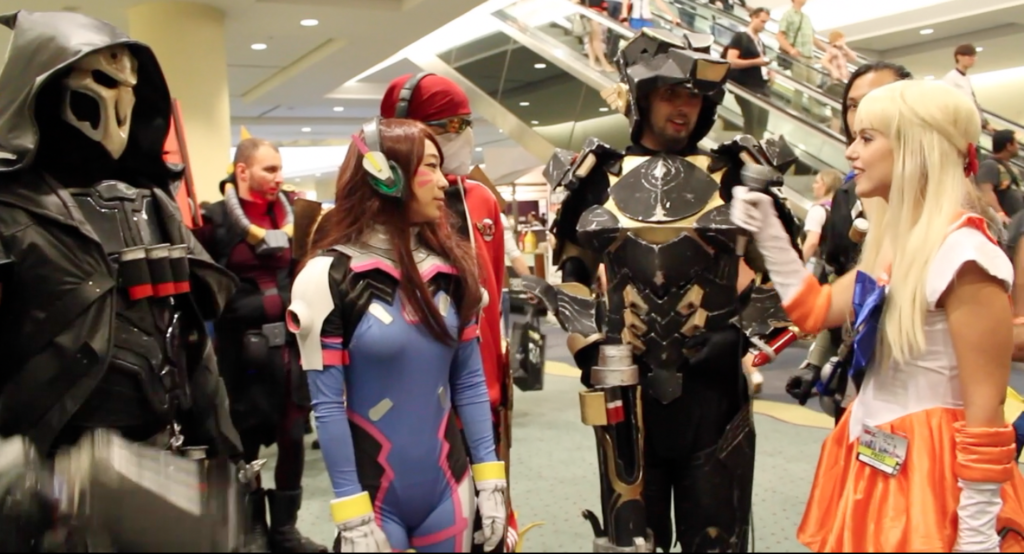 Nonetheless, it still made it easier to approach fans for interviews and have conversations about what they made their costume out of, how they made certain things, if they could pee, or how could they fit through doors. Surprisingly, a guy dressed like Pharah’s Anubis Outfit from Overwatch disclosed that other cosplayers were helpful when they saw someone having a difficult time with their costume. The con even had a Cosplay lounge where cosplayers can go for some R&R, water, and make up retouching. I was able to connect with them on common interests, asking questions related to their character as well. 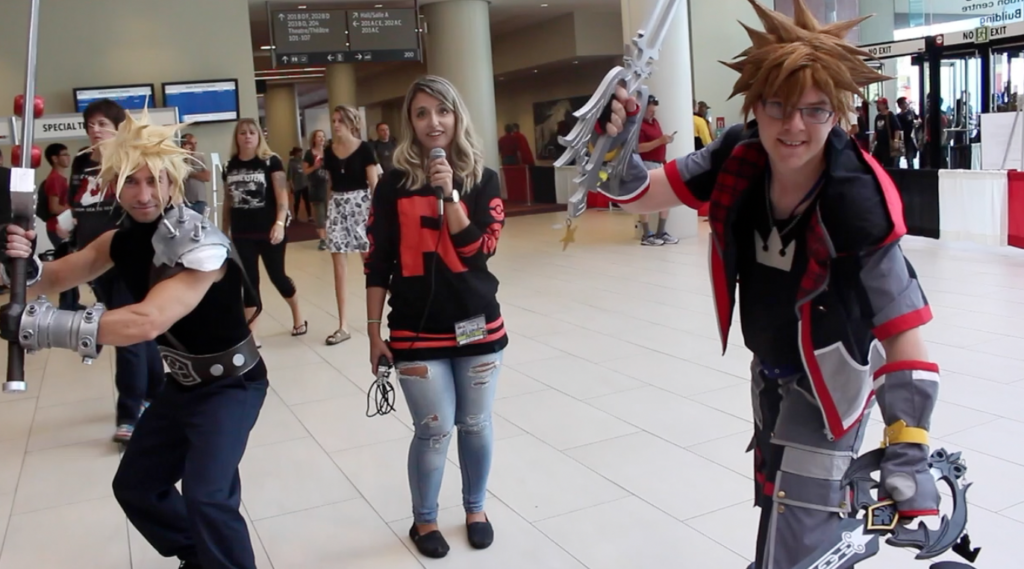 I met a guy dressed up like Cloud Strife (Final Fantasy VII) hanging out with Sora (Kingdom Hearts). After some hilarious banter, I tried to extinguish a mystery we have all been wondering since 1997. Does Cloud like Tifa or Aerith/Aeris? His answer nearly made my little heart burst. This Cloud chose Tifa and jokingly (or exclusively) admitted that they were having kids of their own. (YES!)

The overall attitude of cosplayers created such a lighthearted atmosphere. People were there to celebrate geekhood with like-minded fans, to take pictures with others of different fandoms. It was like one big massive cross-over, and you didn’t have to sit at home and play Super Smash Brothers to see it.

Canadian voice actor Toby Proctor (Tuxedo Mask, Sailor Moon) described Fan expo as “Some people’s Super Bowl” and “You can be whoever you want to be for the weekend, no judgments.” And none given! Whether a person was a veteran or a first timer, it didn’t matter. What mattered was the love for the series you’re into and just having fun. 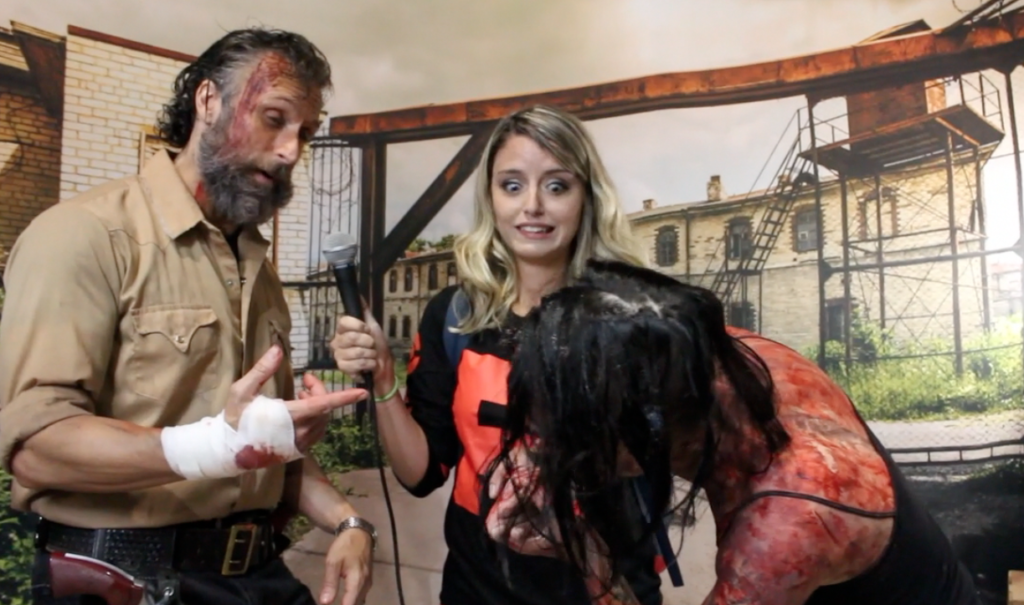 Cecil Grimes is an impersonator for Rick Grimes from the Walking Dead. His booth was that of a massive cage. We got to talking with him, asking things like “In 2016, what’s the best weapon/technique to use during a zombie apocalypse?” he replied with a katana because you don’t have to reload it all the time and you take can their head off. He even had a zombie friend limping around trying to bite my arm off mid conversation.

Zombies were a common theme at this con as they set up a whole shooting range in one of the rooms on Day 4. They beckoned anyone who dare take on a horde of zombies, and me, sipping my coffee dressed like Sailor Venus that day couldn’t resist. I fight for love and beauty after all, and these guys were far from that. 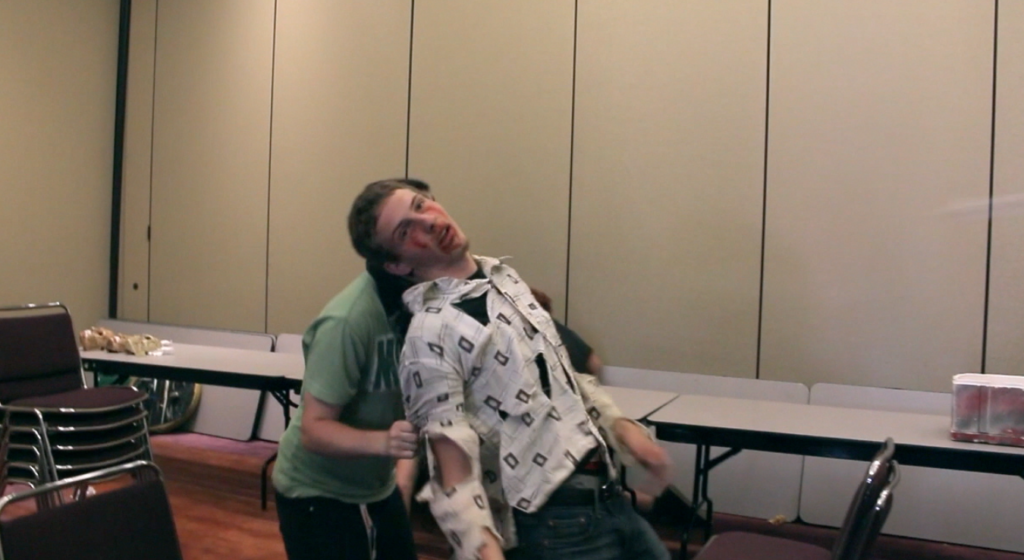 I gripped my nerf gun, ready to pelt these zombies with…crumpled pieces of paper? That would have to do. We took them down one by one as their brain eating stomachs grumbled, viciously hissing at us. When they fell down, more got right back up. We almost didn’t make it out alive. 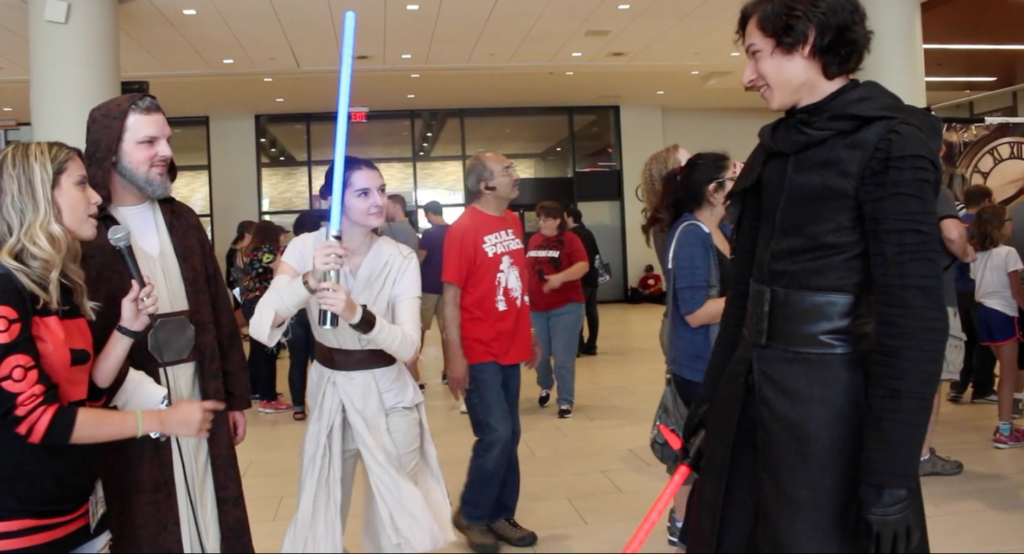 Star Wars has always been a popular choice among cosplayers. I met with Luke, Rey, and Kylo Ren who were just having an absolute blast.

I also asked how training was going. That was when Rey and Kylo Ren went right into action. Their light sabers clashed while Luke stood off to the side providing commentary about their form and fighting style. This didn’t last long because we all broke out into laughter. Darth Vader wasn’t so friendly. When I touched his cape for a picture, I was met with a growl under his breath, “I will destroy you.”

One thing about cosplaying, especially as Sailor Venus, that I am not used to is when someone screams out my character’s name from behind me. They usually want a picture, and as much as I am wide eyed with an expression that says “Who me?” This is especially true when I turn around to find Sailor Moon standing right next to me, and if I’m lucky the rest of the cast are there, too.

As for someone relatively new to cosplaying, you will definitely find me doing more of it in the near future. Who knows? Maybe I’ll be at a con near you.

- Advertisement -
Previous articleNetflix launches the NYCC Teaser Trailer for IRON FIST online and it’s Pretty Juicy!
Next articleThe Struggle for Adulting Begins when “March Comes in Like a Lion”