(ESGS 2016 Exclusive) Successor to Castlevania? Initial Impressions for Bloodstained: Ritual of the Night 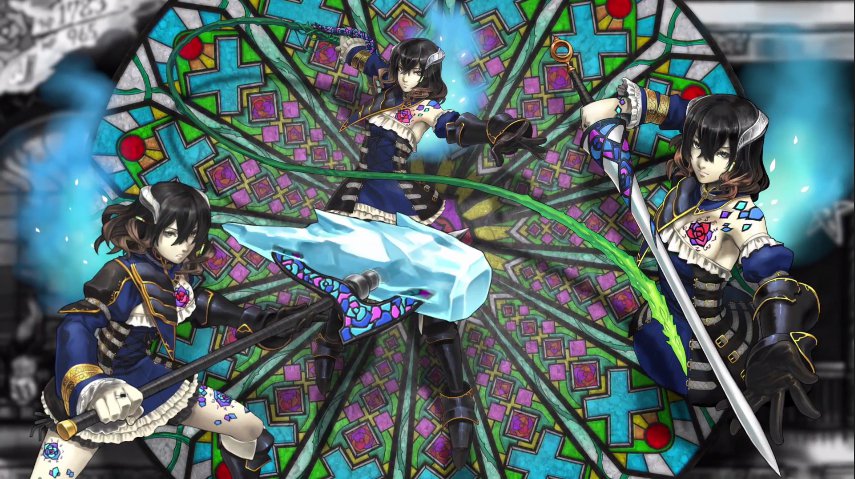 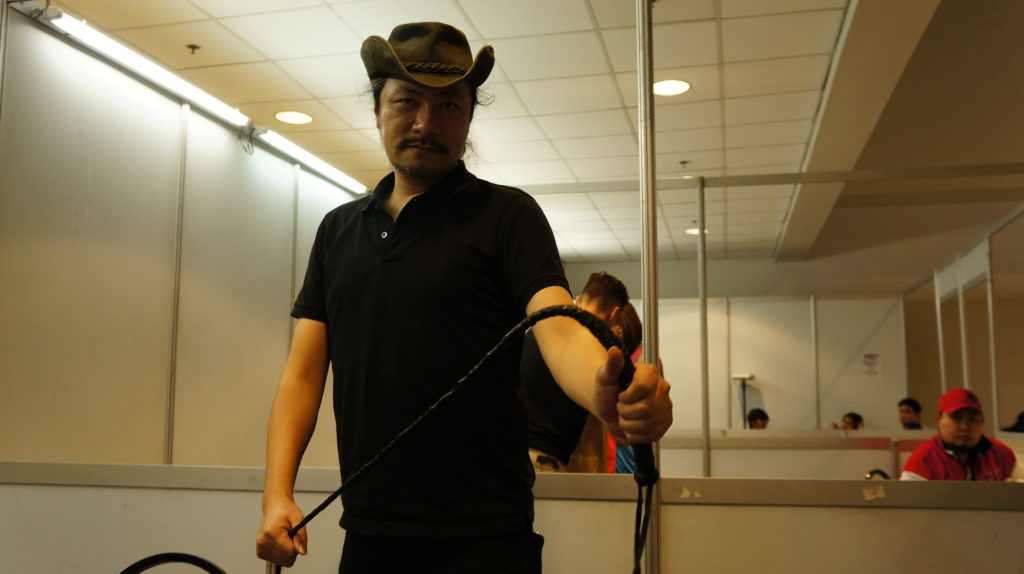 One of the highlights at the recently concluded Electronic Sports and Gaming Summit (ESGS) 2016 was of course none other than the legendary video game designer and producer Koji Igarashi. For more info regarding the man, you can check first this article first for a brief primer on his awesome work. 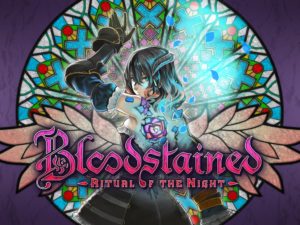 Back with me? Great! Well aside from the fact that he brought 2 whips and a hat with him during his stay here, the main reason of the visit was to promote his highly successful Kickstarter tour-de-force video game – None other than Bloodstained: Ritual of the Night! 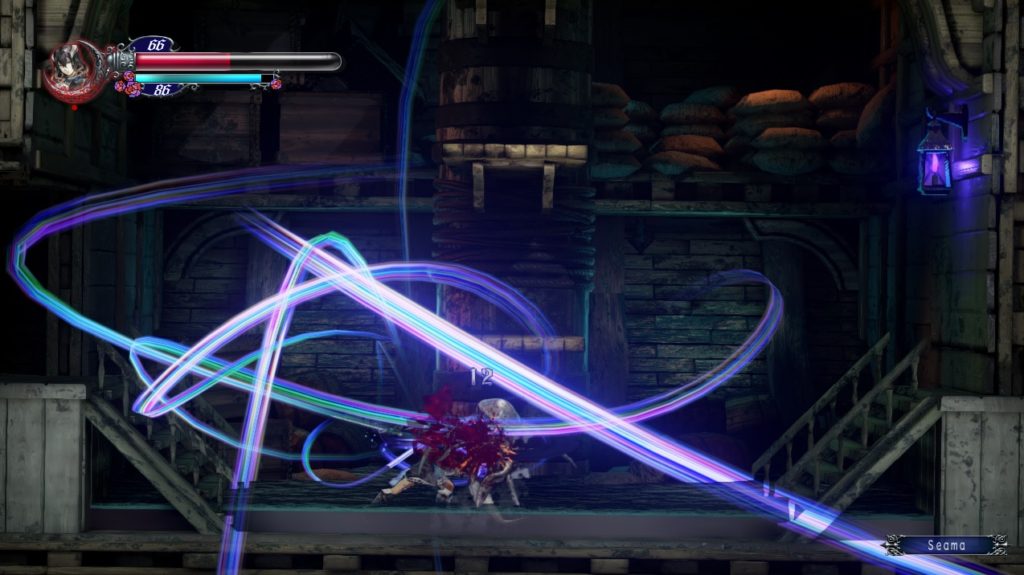 For those not in the loop, Bloodstained is an upcoming title in the same vein as his other works like Castlevania: Symphony of the Night, and is highly considered as a spiritual successor to the series. This is a “metroidvania” style of game that is mainly a 2.5D style, free-roaming action-adventure platformer with RPG elements mixed into it.

The game follows the story of Miriam, an orphan who was afflicted by an alchemists curse that slowly turns her skin into crystal.

To overcome the sickness, our protagonist must explore a (surprise!) “monster-filled castle” to find Gebel (voiced by David Hayter from Metal Gear fame), a summoner who suffers the same fate as our hero. 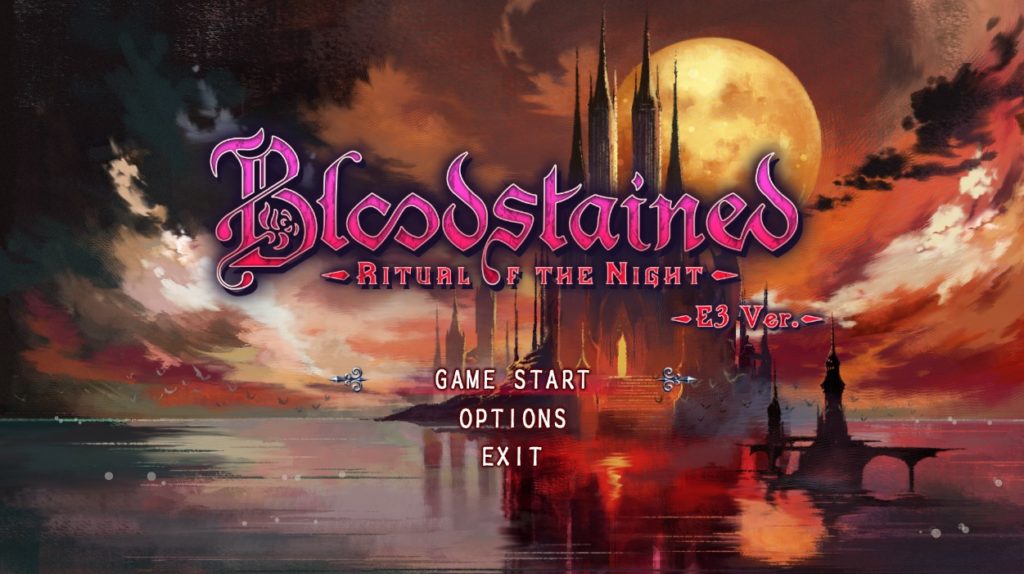 That’s where we come in! And guess what? We were somehow blessed by dark magic that day as we got our tainted hands on an E3 copy of the game! Here is our initial impression as we stormed through the demo. 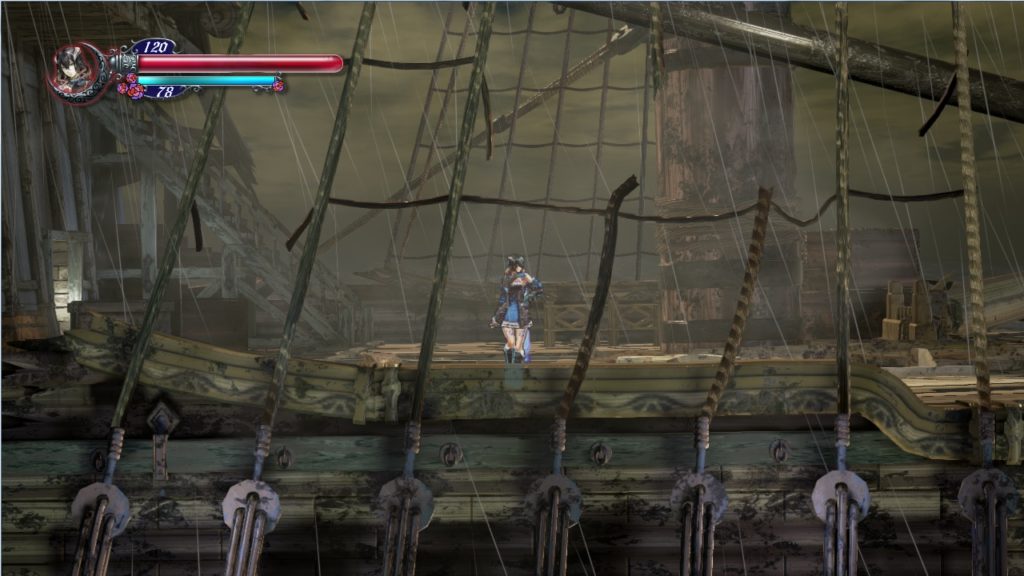 The game sees Miriam aboard the Galleon “Minerva”. As I got control of the character, I instantly felt that same, fluid animation and responsive movement very similar to that of it’s classic predecessors. It took me back to 1997 (Symphony of the Night to be exact), a time when I first encountered the awesome anti-hero Alucard. 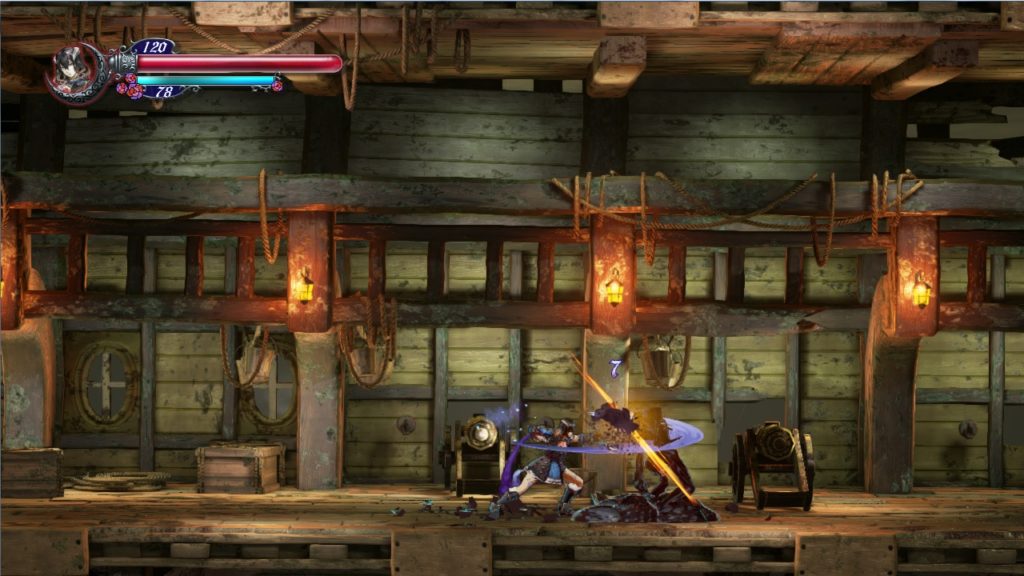 All of the walks, the jumps, half-jumps, back-steps and attacks felt really similar, if not identical to that classic game. Hitting it too close to home perhaps? Well maybe that’s a good thing here! Not messing with a tried and proven formula. 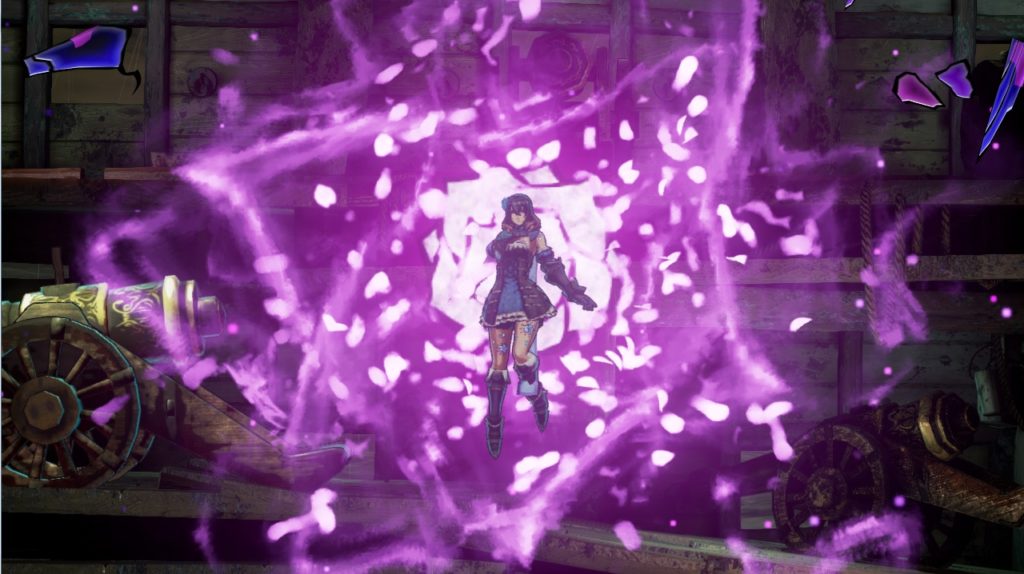 One of the new key features in the game are the use of “Shards” which in this demo was mainly obtained randomly by killing enemies and in turn, getting a portion of their power. As you might expect, shards vary in use and you can customize what you can cast as you see fit. In the demo we saw Miriam casting fire spells and imbuing weapons, making them better. It is not far-off to think that there are a multitude of these to come in the final version of the game. 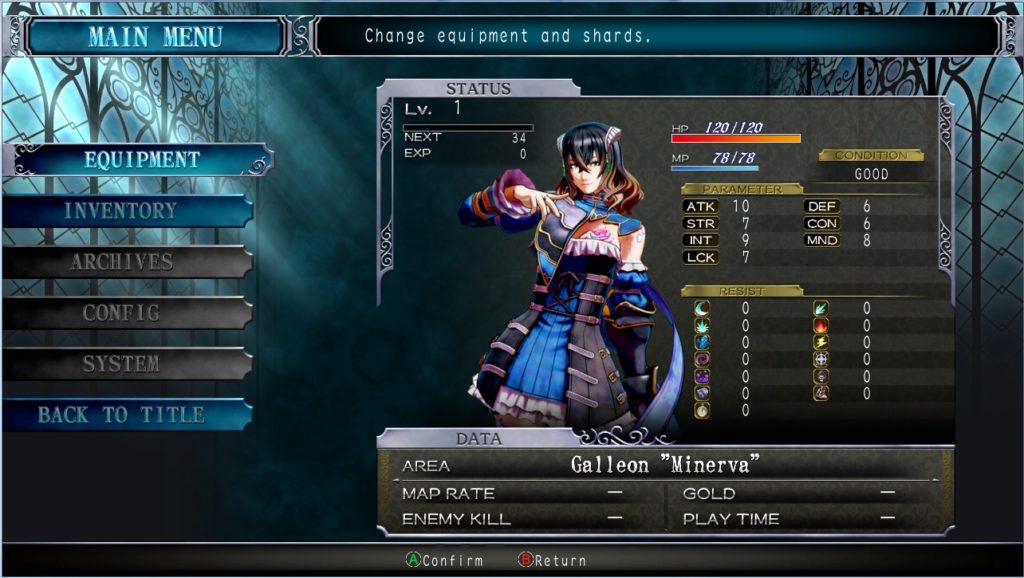 Aside from shards, like I mentioned earlier the game has a some RPG elements to it. True to its roots you can level up and equip Miriam with various weapons and armor, whats great here is that you can actually see what she wields and wears during gameplay – even the smallest headband worn is visible on her head. I’m really glad that they didn’t remove this element in the game as it gives the character a lot more attachment and identity. 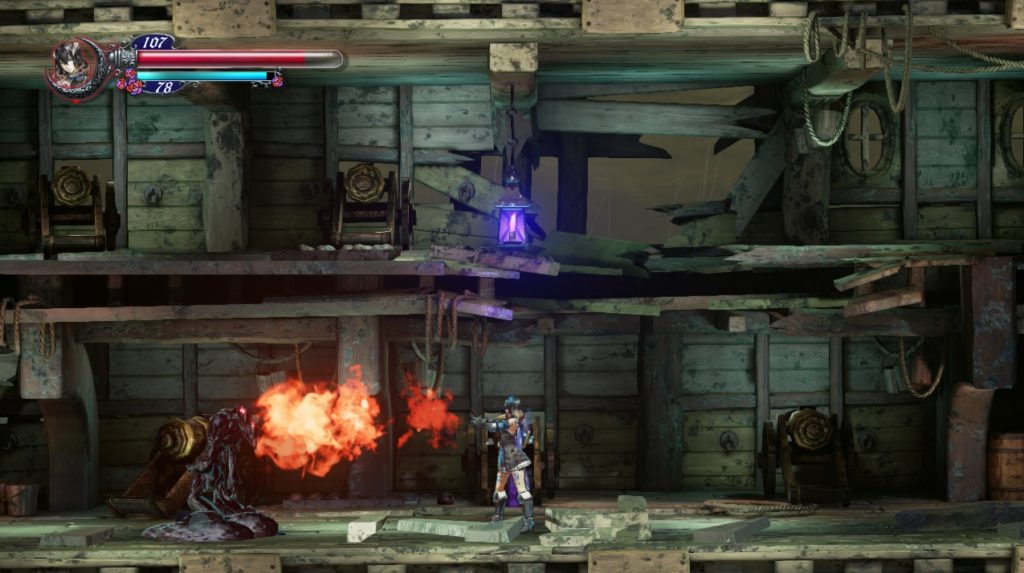 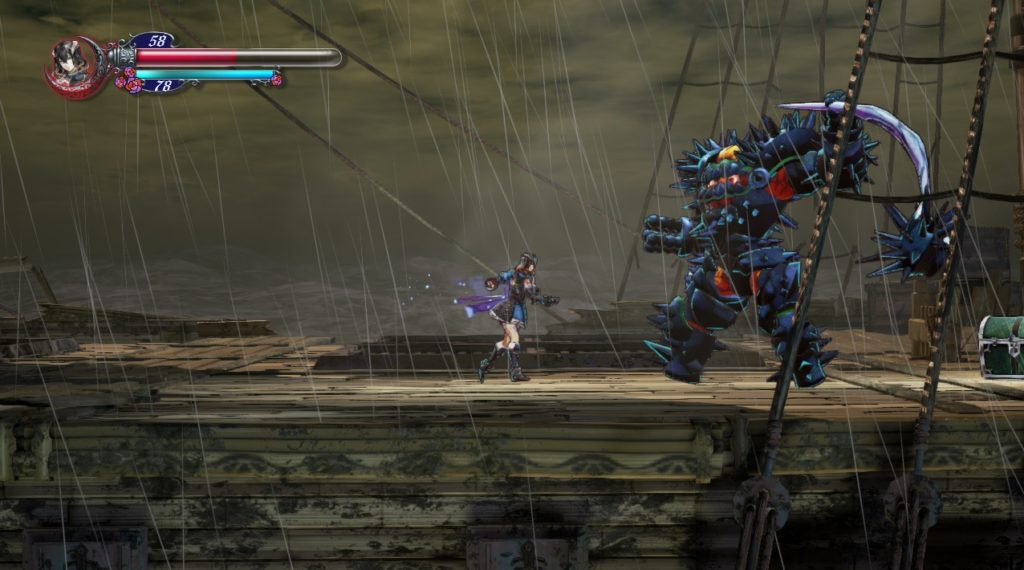 …And outside the ship! Getting a good feel what to expect when the game comes out.

The demo ended when we beat this mid-boss at the edge of this ship. It was an intense battle and a sign of great things to come for this game. In a nutshell BS: ROTN handles beautifully well and it looks great! Needless to say, I’m hooked and I wanted more! 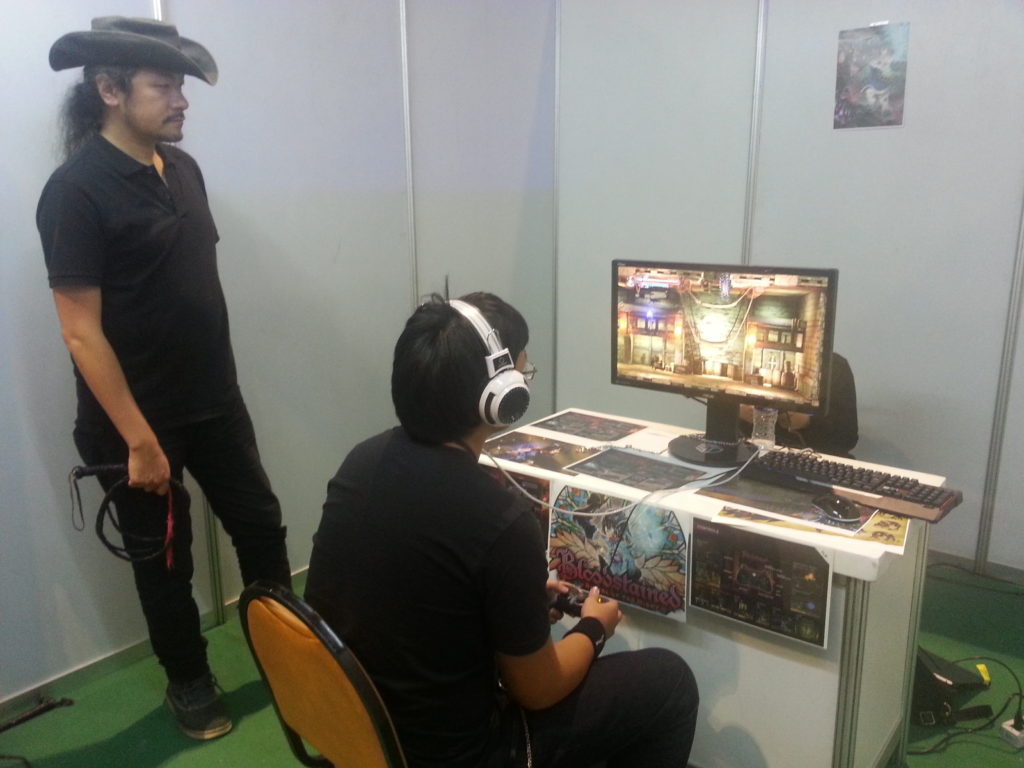 Though I wanted to play the game again, unfortunately the playtesters remembered that Iga brought a whip with him… And I was genuinely fearing that he might use it if I sat too long!

The game is developed by Inti Creates and will be published by 505 Games with a tentative release date of 1st quarter 2018. It may be a long way down the line in getting a full copy but for me I think it will be worth it. This new IP, though looks fresh and eye-pleasing, feels like a re-acquainted best friend that says: “Hey there, I’m still here! I did not leave you” to then you say… 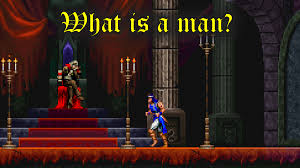 - Advertisement -
Previous articleESGS 2016 Spotlight: “The Art Of Tengami” by Ryo Agarie
Next articleHeads Up Mouth-Breathers! “Stranger Things” Funko are Coming!