In Space, No One Will Know You Know Nothing | Call of Duty: Infinite Warfare PS4 Review 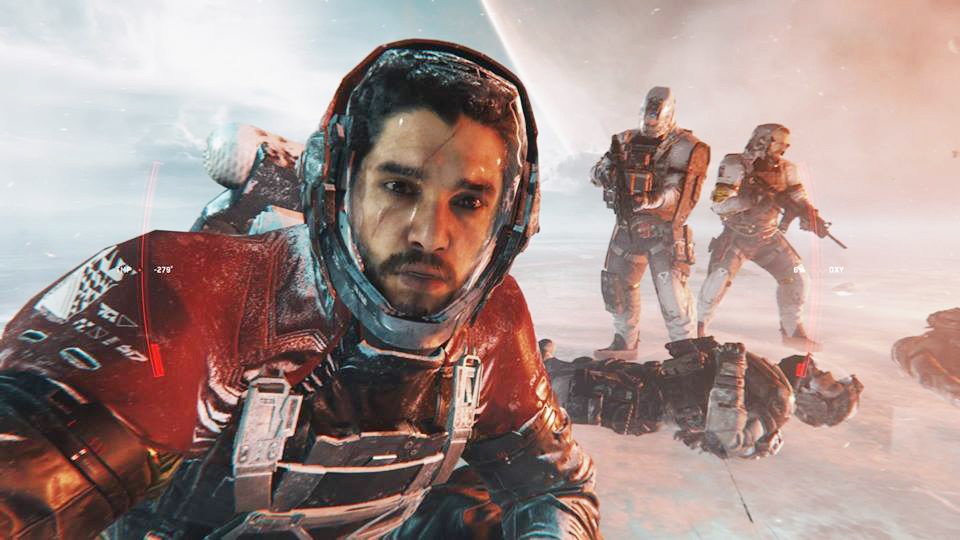 Ah Call of Duty… how far it has gone since it was launched way back in 2003. Fast-forward to 2016 and twelve games in-between, the latest entry in the COD franchise now sees us in the far reaches of space. Here’s our review of Call of Duty: Infinite Warfare. 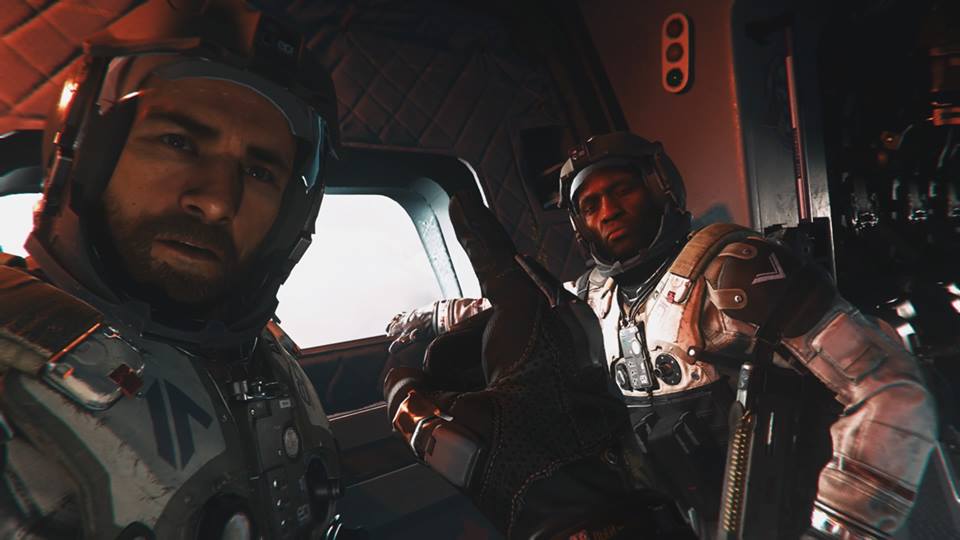 As previously mentioned, Infinite Warfare is set in space and, as you might obviously expect, the fluff definitely has a more futuristic setting to it. So to those war vets and history buffs who played the previous games, you might be disappointed. But if you want a fresh new experience on a tried-and-tested formula, this might be for you.

The game revolves around the premise that earth has used up most of its resources and is now expanding outwards into space via colonies and harvesting stations. The story begins with the United Nations Space Alliance (UNSA) special forces team that was sent to a secret weapons facility on Europa to investigate a Settlement Defense Front (SDF, bascially the bad guys here) attack and recover a prototype weapon. Not spoiling too much from the intro, basically the team was able to destroy the facility but failed to recover the weapon and are captured by the SDF. They are then subsequently executed by one of the SDF’s main commanders, Admiral Kotch played by Kit Harrington of Game of Thrones fame. (Oh you don’t know him? Then you know nothing!) 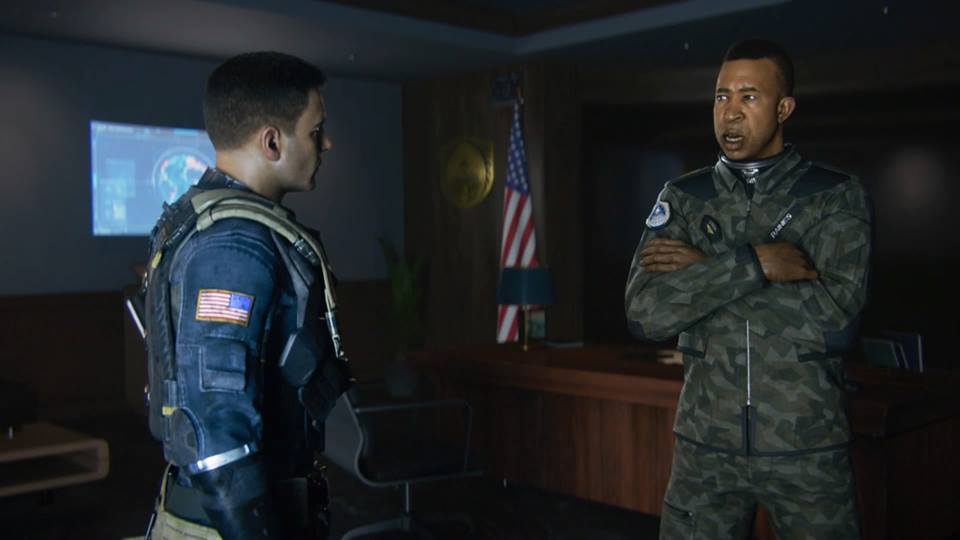 Story-wise, the script and dialogue is very well written. In fact, it kept me engaged and invested in the characters throughout the campaign. There are truly a lot of great video game moments that I will have to set aside for you to discover yourself. But I will say this, Infinity Ward and Activision took a gamble in spinning the usual story, and it paid off. The only nitpicky thing I need to let out is that the campaign seems to fall a bit short in the playtime category, as I finished the game in about 8 hours tops, including the side-missions and all the countless deaths in between. I believe that seasoned vets of the genre can do it even faster. 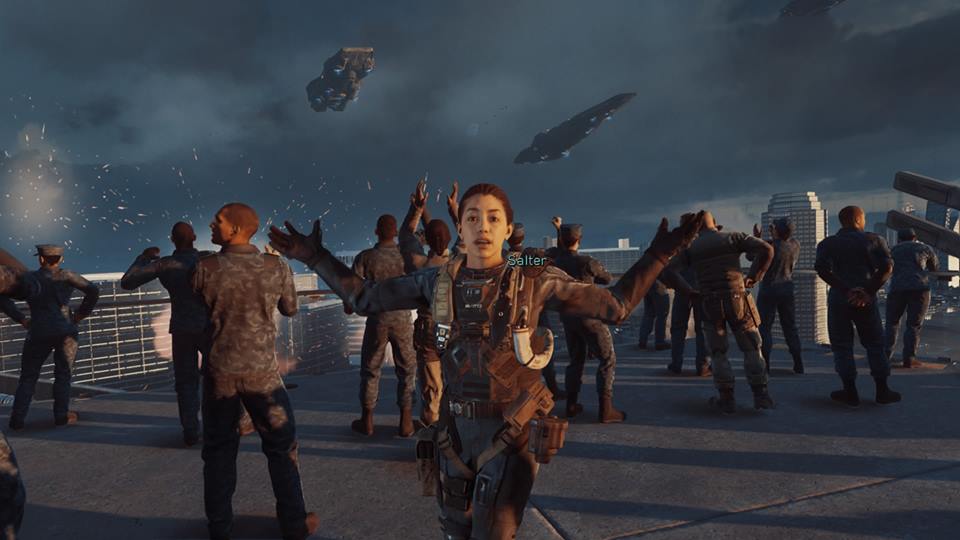 Graphics-wise, the game is pure eye-candy from beginning to end. The visuals are top-notch and there are numerous awe-inspiring sights in land and in space, all of which are a pleasure to watch and experience. 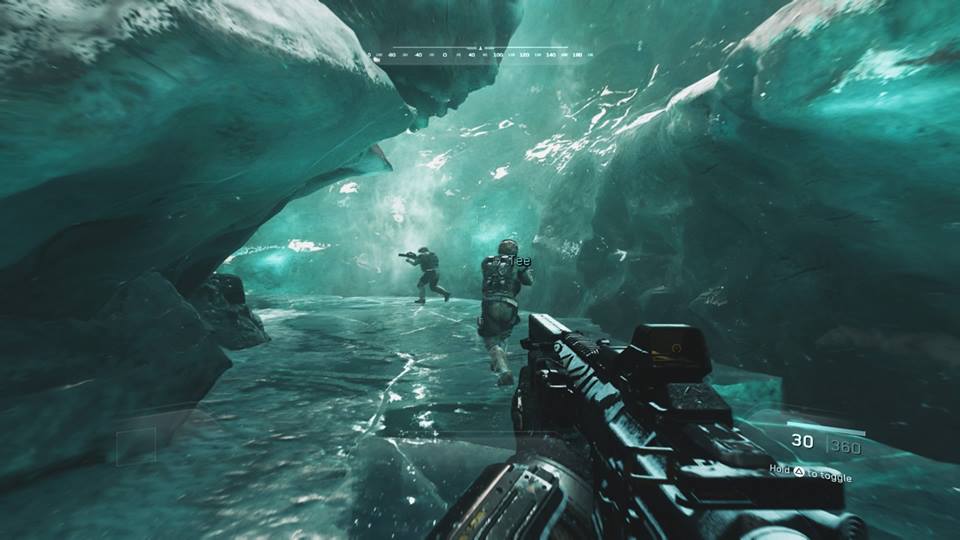 The battles feel and sound atmospheric that is expected from this caliber of game. 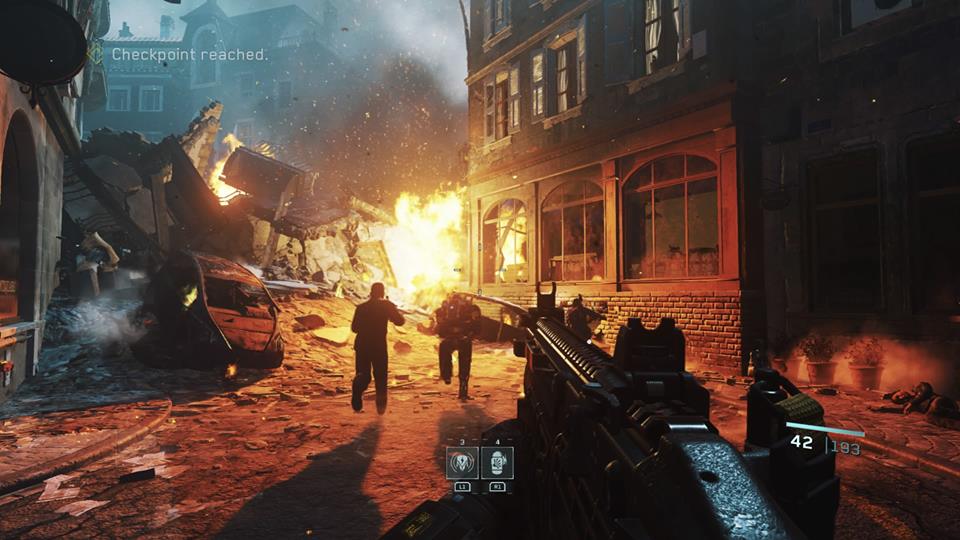 Moving on to gameplay, one would say that after the countless other COD games that came out before this, you can really feel that after each title the game gets more and more refined. For someone who is not used to playing FPS in a console, I got by throughout the game’s campaign pretty smoothly. 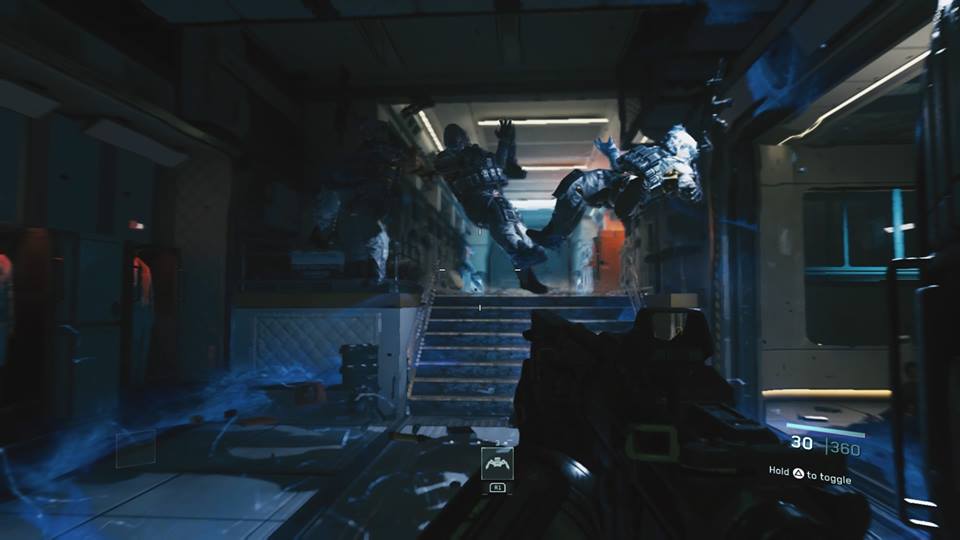 Also, this being a FPS sci-fi shooter at its heart, you are treated to numerous fictional weapons that are a blast (pun intended) to use. I particularly like the tracking spider-mines and the anti-grav grenades. 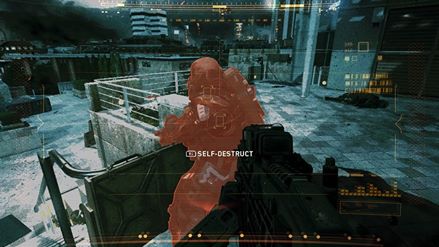 But by far, one of the most interesting and fun mechanics in the game is the hacking device which opens up new tactics in approaching the game. It is basically the ability to take direct control of enemy bots by jacking into them, from there comes a lot of things you can do like firing on unsuspecting targets or going near a large concentration of enemies and simply self-destruct. Its a unique and interesting gimmick, to say the least. 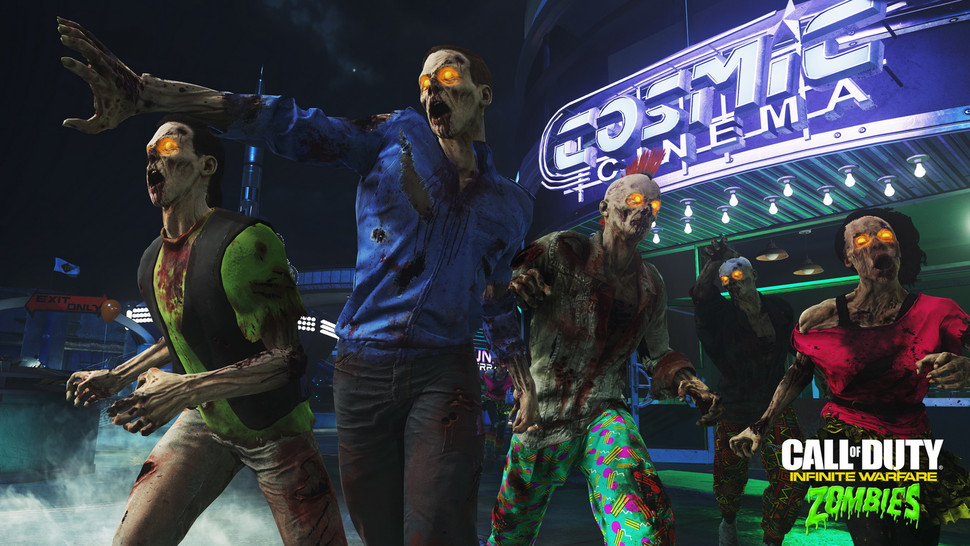 The game also features another mode called Zombies in Spaceland, which has that 80’s horror theme park kind of feel and features four actors that serve as your stereotypical character archetypes namely Poindexter the Nerd (Seth Green), A.J. the Jock (Ike Barinholtz), Andre the Rapper (Jay Pharoah) and Sally the Valley Girl (Sasheer Zamata).  These “actors” are trapped inside a horror film by director Willard Wyler (Paul Reubens), and must survive a zombie onslaught (20 waves to be exact) as characters of the film. To add the cherry on top, you might also recognize this familiar 80’s/90’s star…

Why, it’s none other than the Hoffman David Hasselhoff himself! And he’s in the game! 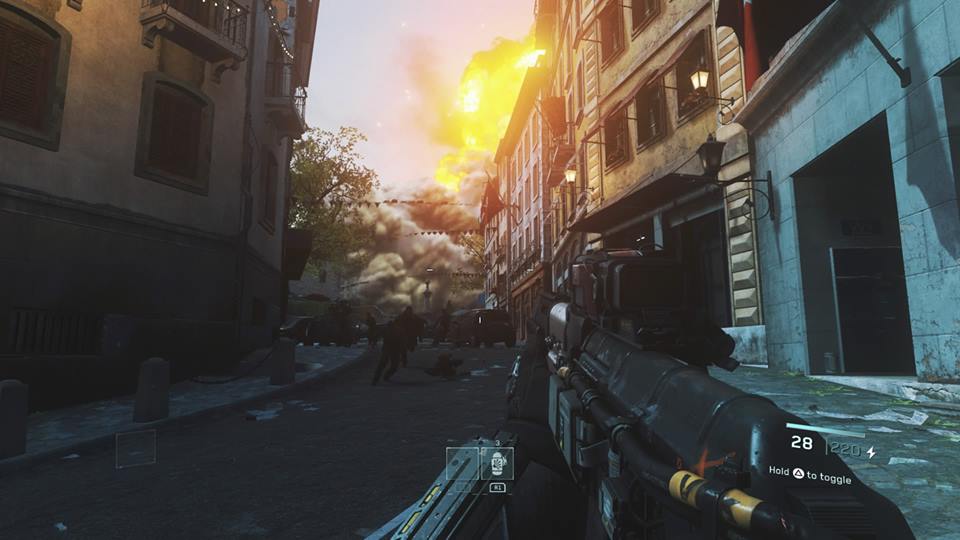 Of course, it wouldn’t be Call of Duty without its biggest selling point – multiplayer battles. Sadly though for me, and to those who played Black Ops III, the game feels really familiar, that even with the huge cosmetic changes made, it still feels like the last game that it almost seems like a re-skin, which it actually is. If you are looking for some variation here, there is only little you can find. It’s still a fun experience for me, but somehow I was looking for something more given the new material. 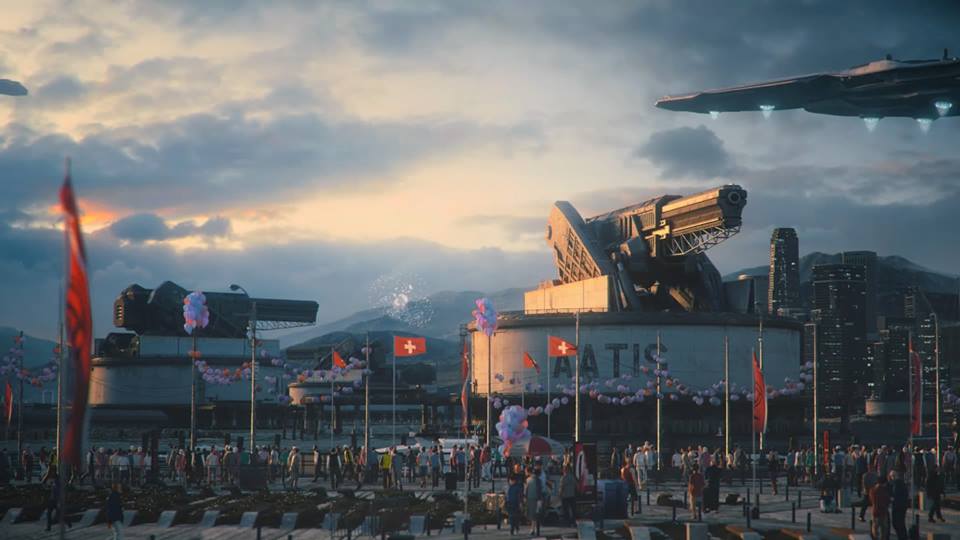 All in all Call of Duty: Infinite Warfare is a solid game (or 3 games if you would like to think of it that way). The campaign, though short feels fresh and the gameplay has some fun mechanics that fits well into the theme. The zombie mode is fun and to me is more catered for the newcomers in mind. The multiplayer though enjoyable, I really think that they could do more with it, future updates perhaps?

- Advertisement -
Previous articleThis Video of Overwatch Voice Actors Hanging Out is All Sorts of Awesome!
Next articleTekken 7 Tournament and Other Wonders at the Bandai-Namco Booth | ESGS 2016 Spotlight