Every year, the E-Sports and Gaming Summit (ESGS) gives ample opportunities for local devs and universities with computer science and gaming development programs to showcase their wares and expertise. This year, ESGS 2016 repeats that practice and presents these Indie Game Developers in a massive way!

The organizers devoted almost half a hall for the GDAP (Game Developer Associations of the Philippines) booths and the Indie Arena Showcase Area where 36 Independent Game Developers/ Studios from the local community of professional GameDev Houses, and even students, and also from countries such as Taiwan, Singapore, Indonesia, and Finland showcased their material!

Here’s the complete list of the exhibitors for the Indie Arena.

The games at Indie Area include a mix genre of shooting, running, RPG, and even VR for mobile and PC gaming.

One of the cutesy Indie game that caught our eye is this dungeon-crawler “Binding of Isaac”-like game called,
“Save The World: The (Mis)adventures of Luis and Joana by Muramasa Games” where you battle out your zombie classmates in an environment rich of Pinoy pop culture reference. During the quick demo, the game ends upon defeating the first stage boss in the form of Juan Tamad (he’s a lethargic boss, until he eats a falling apple. Then he hulks out and chases you across the 2D floor). The game is slated to be released Q3 of 2017.

Another interesting game we sampled was “Flippy Bottle Extreme!” by Most Played Game. The goal of the game is to flip successfully the bottle from ‘Point A’ to ‘Point B’, and make sure it would not fall in the process. A casual but very addicting game, playing on the science of “frustration” and people’s competitive nature.

Flippy Bottle Extreme! is one of the Top Ranking apps in Google Play in more than 20 countries including Austria, Denmark, Estonia, Finland, Germany, Ireland, Latvia, Luxembourg, the Netherlands, Spain, Sweden, UK and the US; and some point in time the game have outranked Pokémon GO.

Another game we were able to enjoy (?) is a game from Indonesia, DreadEye VR by Digital Happiness. It is a horror mobile app game which can be played with a Samsung Gear VR.

DreadEye VR is an intense and exhilarating game which provides an eerie atmospheric experience.  Hope you don’t have a weak heart as you’ll be plunged into deep dark scenarios once you put on those Gear VRs. You’ll be greeted by interesting by ‘creatures’ (mostly creepy ones)  along the way which should keep you company throughout the game.  To be honest, I could only play a few seconds of it. I scare easily. :'( Mommy, hold me! T_T

Here’s a snippet of the demo of the DreadEye VR. Creepy things ahead. You’ve been warned.

If you want to get to know more about the Indie Arena games, we have compiled some of the demo lets plays and trailers in this playlist. Check it out.

This year also marked an appearance of a truly special guest. Senator Bam Aquino made a surprise visit during the 1st Day of ESGS.  He has been supporting e-Sports and gaming and has been lending whatever support he can to ESGS since its inception.

It is also interesting to note that Sen Bam is an  honorary member of the Philippine eSports Association (PeSPA), whose body converges in the senator’s office to discuss local industry topics and issues.

The dude’s super cool as he went around the different Indie booths at GDAP without much fanfare (and without any looming security detail). He took his time to speak to the students and the institutions of gaming where development still needed much attention. 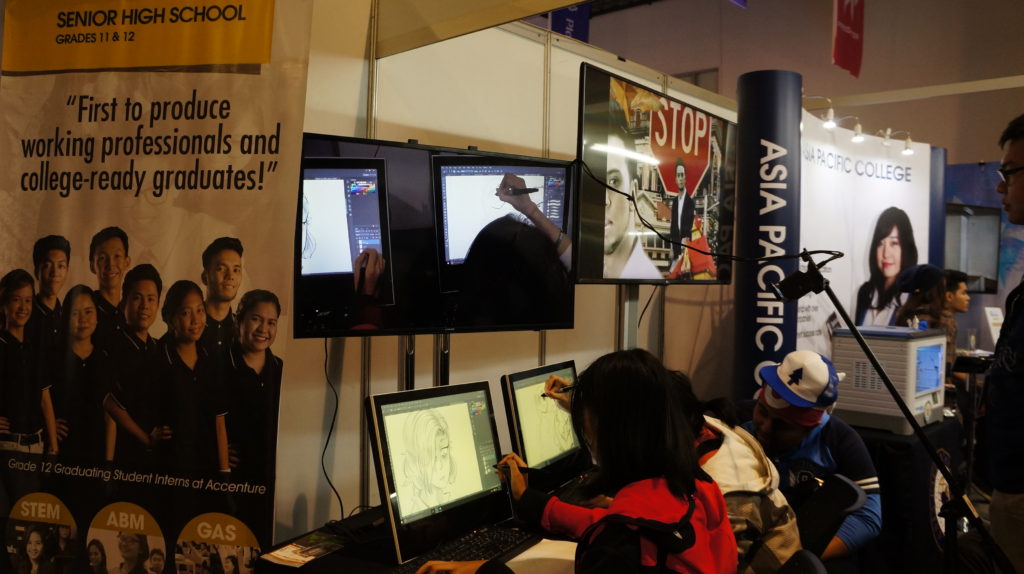 Coincidentally, at the event GDAP was holding its annual GameOn Challenge judging session which the winners will be announced November 24. GameOn challenge aims to encourage students and schools to start developing games and look to becoming future game developers.  To know more about the GameOn Challenge, visit http://www.gameon.ph/.

At ESG 2016 interview with Allyza Taylor and Bossmac, Senator Aquino reiterated his wish for the gaming industry to grow further by continuously giving support and opening opportunities for game developers, industry players and gamers themselves through professionalizing e-Sports as a whole.

An avid gamer, it was revealed that while Sen Bam considers the PC as the “master race of gaming” he admited that he himself is a console gamer at heart. Asked what his favorite games were, he lists these 3 classics which drove the crowd at ESGS to a geeky frenzy:  Front Mission 3, Final Fantasy 7, and Final Fantasy 8.

And while there are a slew of up and coming game developers and designers bunched up along the GDAP and Indie Arena area, there are a couple more “Indie goodness” sprinkled throughout the event. 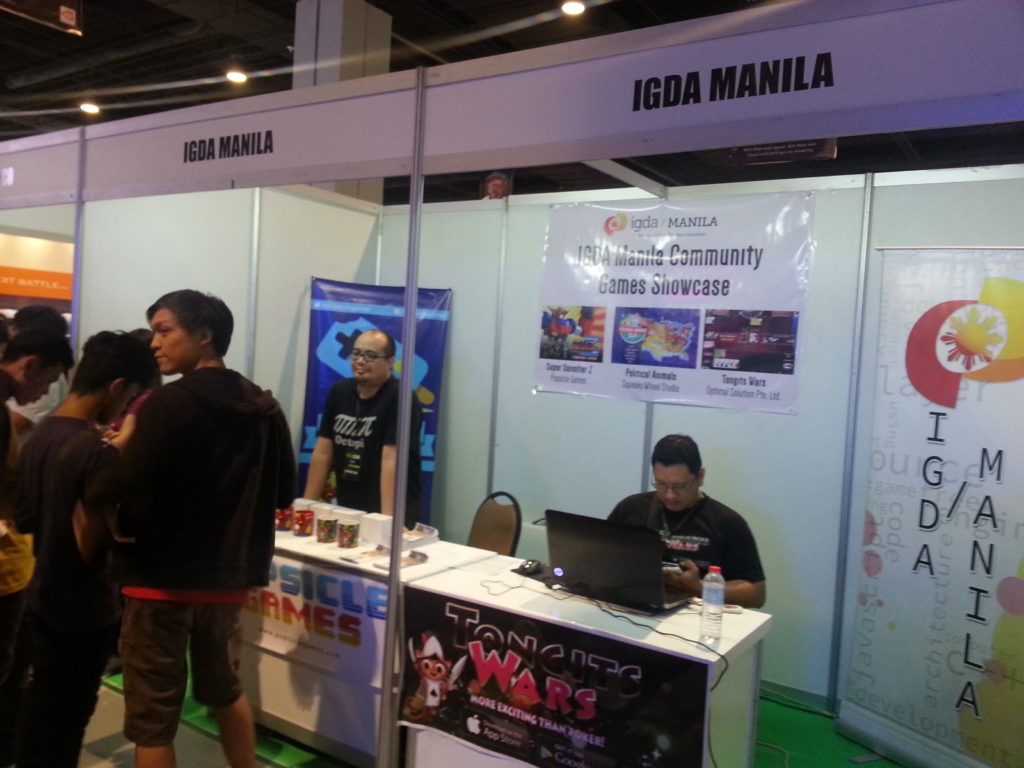 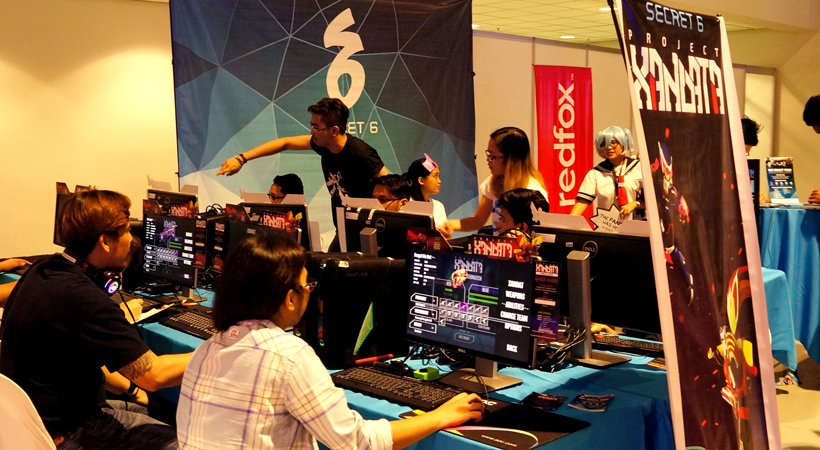 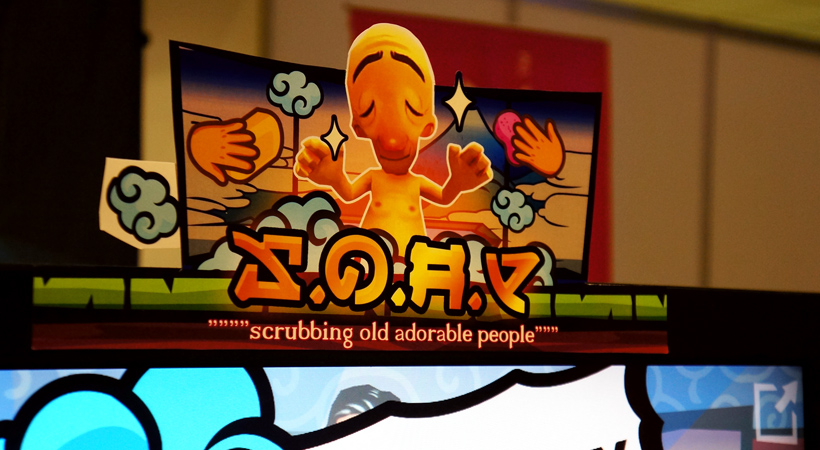 All in all, ESGS 2016 made sure to look out for the small guys by providing amazing exposure and an awesome venue for them to share their developing game to the public!