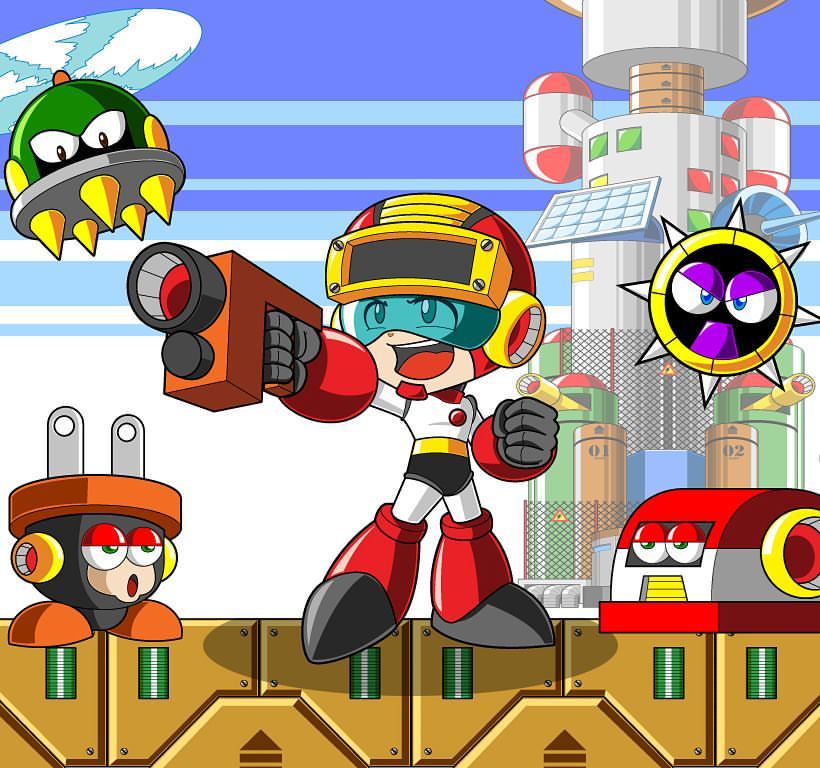 I have to admit, I don’t play a lot of mobile games. Mobile games are often designed to be played for only a short while -fast, simple and relatively easy games that people can pick up while waiting for a friend or when stuck in long commutes (just be aware of potential snatchers, safety first, guys). Most often because of the relative speed and short levels of mobile games, it’s hard to get any attachment to the character that you play. That’s not entirely the case with Popsicle Games’ latest creation, Mighty Alphadroid, as it instantly drew me to a time when I would constantly play Mega Man or nerd out on the Combatron komiks (Yes I’m that old).

One of the newcomers on the local game development scene, Popsicle Games has already churned out a good number of titles such as Daivolter z (a super giant robot themed idle game) and Voteclicker, the game that really pushed this Indie studio to a wider audience! Given that the company is just a little over a year old, having more than 10 games under their belt is nothing less than impressive, add to that that they helped represent the country at Tokyo Game Show 2016’s Indie Arena, Popsicle Game is gearing up for bigger and greater things. And with their newest title, it seems they have another winning IP on their hands.

We were able to playtest Mighty Alphadroid during the recently concluded ESGS 2016 and while the game still has a lot of polishing to do, overall we’re pretty impressed with the game design and overall fun factor.

At its core, it’s a spelling game. I know. Bear with me on this.

Let’s face it, there are a lot of Megaman platformer clones out there (heck the original Megaman creator even tried to make his own IP which opened to pretty lukewarm reviews). So given that, and as I mentioned that mobile games differ in user behavior (the need to make it simple, more accessible, and relatively easier to pick up) kinda makes the shift to this game mechanic sensible. 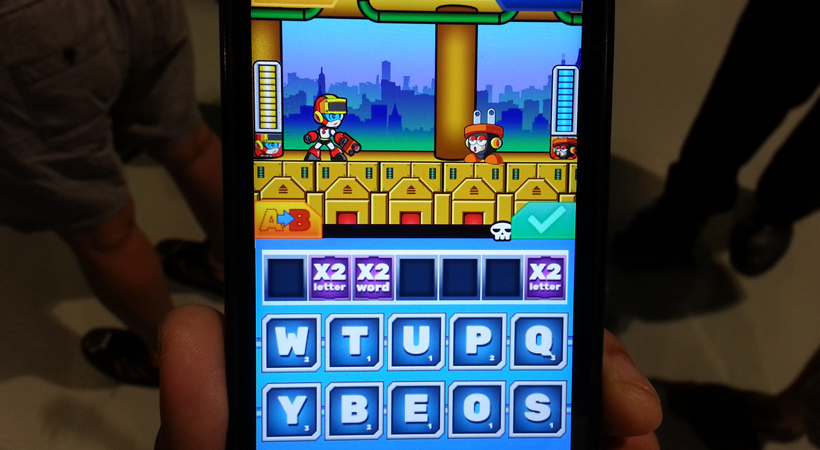 So how does the game work? Glad, you asked.

You’re given a bunch of random letters and an 7-letter empty word bar above it. The objective of the game is to use string of words to power up your attack and destroy whatever enemy combatant there is on screen. The longer the words, the higher your hit points. The shorter the words, the lower the hit points and it powers up an aggro bar of the enemy faster. You see the A to B Button or Tab? If you hit that you’re given another set of random letters if you feel that what you have on hand isn’t good enough. Doing so would increase the aggro button as well. Once the aggro bar maxes out, the enemy attacks.

So far I haven’t seen a life replenishing tank (or E tank in Megaman terms) so you want to keep that aggro meter as low as possible.

Still with me? Okay, good. 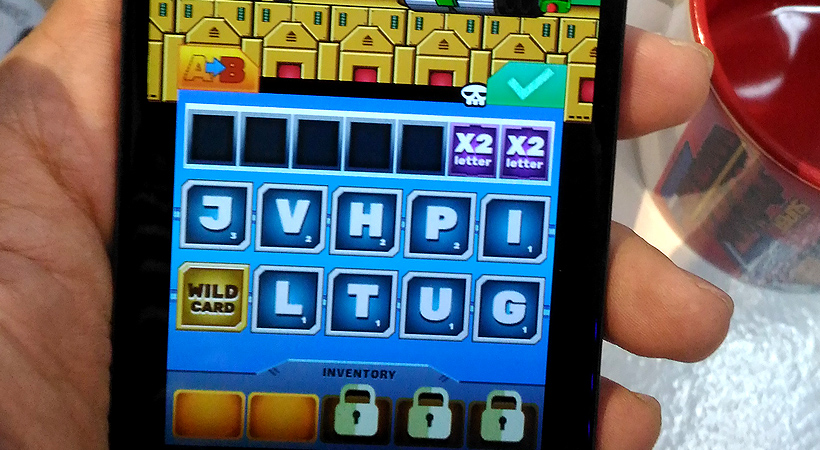 There are certain powerups that you can pickup as you go along your battles. In some instances, hitting a certain box will grant you double or triple word points (think of it like Scrabble). And there are times when you can play a wild card. A wild card allows you to choose a letter of your choice to help you formulate your words better. More powerups and surprises will be introduced upon launch. 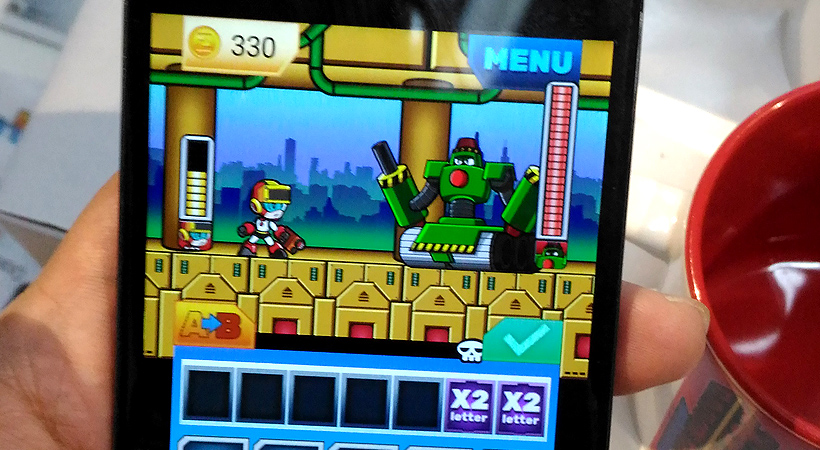 The demo allowed you to play until the first boss battle. Which, to reach that level, the game made me go through a slew of minions and a mini boss to boot. While the game mechanic and the quirky design instantly drew us in, we felt that the game started of a little slow. Since the game is still in early beta, we suggested to the Popsicle guys to make the first few rounds easier, allowing you to interact and tackle the first stage boss within the first 5 minutes of picking the game up. Oh and to watch out for certain words that people may use and uh, exploit.

We won’t post the image here but we defeated the first stage boss using a curse word. :)) But aside from those bugs, the game is solid. It’s mentally addicting which is in contrast to most idle games where people mindlessly tap their screens. With more time to polish this up, maybe have a rockman type mechanic where you get to harness the power of the boss you previously defeated and more surprise quirks along the way, we feel Mighty Alphadroid would indeed make a huge (nostalgic) splash in the sea of proliferating mobile games.

Watch out for this game from Popsicle Games hopefully before the year ends.

- Advertisement -
Previous article
Our favorite 8-Bit Blue Bomber WILL BE BACK in Pixel Tactics!
Next article
Geek & Sundry’s Tabletop Season 4 Debuts on Nov. 2!