Popsicle Games Showed Us their Super Giant Robot of a Game And We Are Liking It! 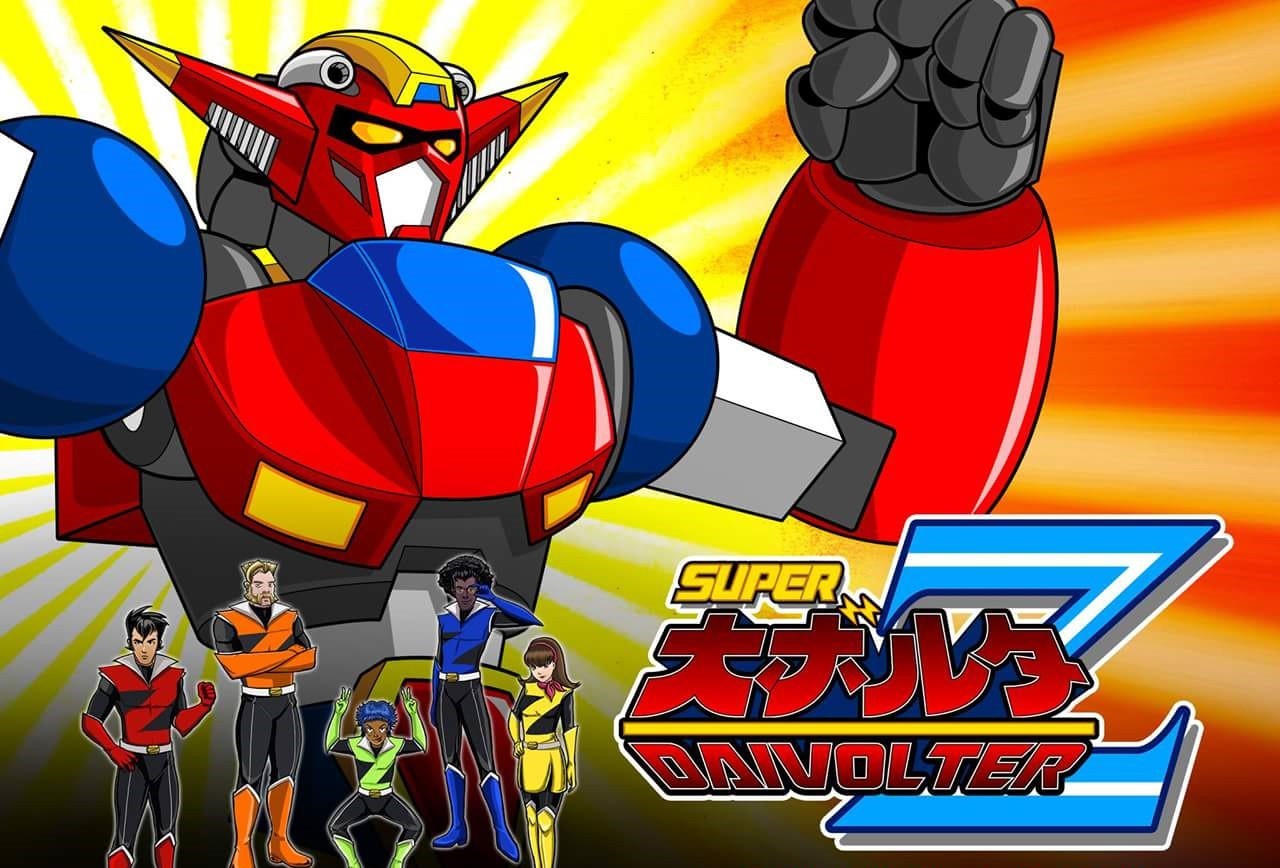 After the Voltes V fever sweeping the nation a couple of weeks back, Popsicle Game, the makers of the highly successful Vote Clicker app  that surged during the crazy (toxic) Philippine Presidential Elections last May, is speculated to launch their latest game, Daivolter Z, sometime this October.

We first got a taste of the Super Robot themed game in the NEW STARS ARENA at the Tokyo Game Show 2016 . Popsicle Games was one of the choice Indie Game Developers that was brought to Japan by the Board of Investment (BOI), an attached agency of the Department of Trade and Industry (DTI) through the International Game Developers Association (IGDA) Manila.

We got to sit down with James Chua, co-founder of Popsicle Games and talk more about the company’s history and their latest (would-be-hit) game.

UngeekPH (UG): First of all congrats on being part of the Philippine delegates for the 2016 Tokyo Game Show! Tell us a little bit about that experience!

James Chua of Popsicle Games: Thanks! We were a bit shocked and humbled, of course, with the invitation. We got here with the help of IGDA Manila and the BOI, they helped set ups us with the Asean-Japan Centre who’s our contact here in Tokyo. TGS is such a huge milestone for Popsicle Games considering Popsicle Games only started quite recently.

UG: Could you tell us a bit about that?

James: Popsicle Games started around the middle of July 2015 when our partner Eric Garayblas came and invited us to form this game studio. Originally my company, Pixelkit, is doing client apps, design solutions and mobile games for clients, so when the opportunity came for us to do games solely, we jumped on that idea. Now instead of making games for specific client needs we just do games for ourselves then market it. Mas masaya din kasi (it’s more fun).

UG: Let’s delve into you latest game. What is it about?

James: Daivolter Z follows the typical idle game (or clicker game) with a fun theme built around it. We’re big fans of the Super Robot Genre and we wanted to bring this game here to the Tokyo Game Show to see how people will react to it.

UG: What were people’s reaction to the game and your portfolio?

James: We’ve had a lot of positive inquiries already and that’s something to look forward to. We’re trying to get the game out there and have people, not just in the Philippines, pick our titles up. So we’re really happy when a publisher, say for the greater Chinese market in China, would drop by and mention that they’re interested in setting a meeting with us to discuss possible distributorship and all that.

UG: You guys have been doing a lot of clicker games. I mean, there’s that ever popular Vote Clicker that launched during the Philippine election period.

James: Yeah, idle games provide quick but worthwhile entertainment and in a way that’s what Popsicle games are. We like to offer fun (sometimes mindless) games that are quick to pick up but hard to put down.

In Vote Clicker, you gain positive rating points for your aspiring candidates, but for Daivolter Z it could mean the outcome of a Kaiju fight.

UG: So what can you do with Daivolter Z?

James: You first choose a faction. Either you’re the “good guys” or the Daivolter Team or you team up with the “baddies”, the Zidorian Empire. Then you choose your character and you help build resources for your team and your machine or Kaiju.

The more resources you stack up, the higher your overall points will be. These points contribute to possible base/mech upgrades that would help you win over the opposing team.

How do you gain points? You click! Basically it runs almost similarly to our other idle games except that we employed a fun and quirky design theme over it.  Plus, who doesn’t like Giant Robots, right? We may eventually add more features to it and there are plans of adding more anime-cut scenes to the game but for now we feel the game is addictive enough as it is.

James: We’re definitely planning on releasing the game very soon — definitely within the month of October! We’ll be showcasing Daivolter Z on ESGS this end of the month. So do check it out on the IGDA booth as well as our other games and upcoming titles! 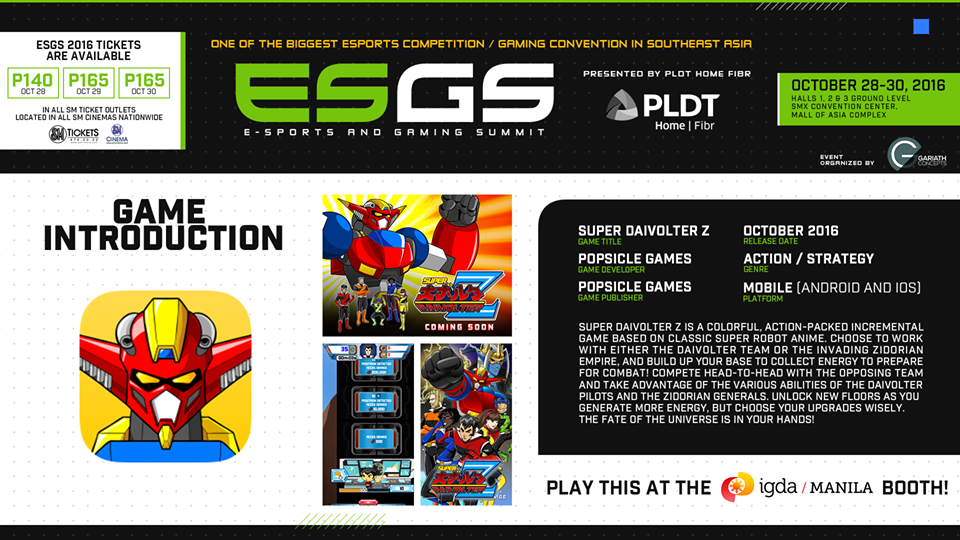 We wish James and the rest of his team the best of luck in bringing this colorful Super Giant Robot game to our mobile phones as soon as possible! Can’t wait!