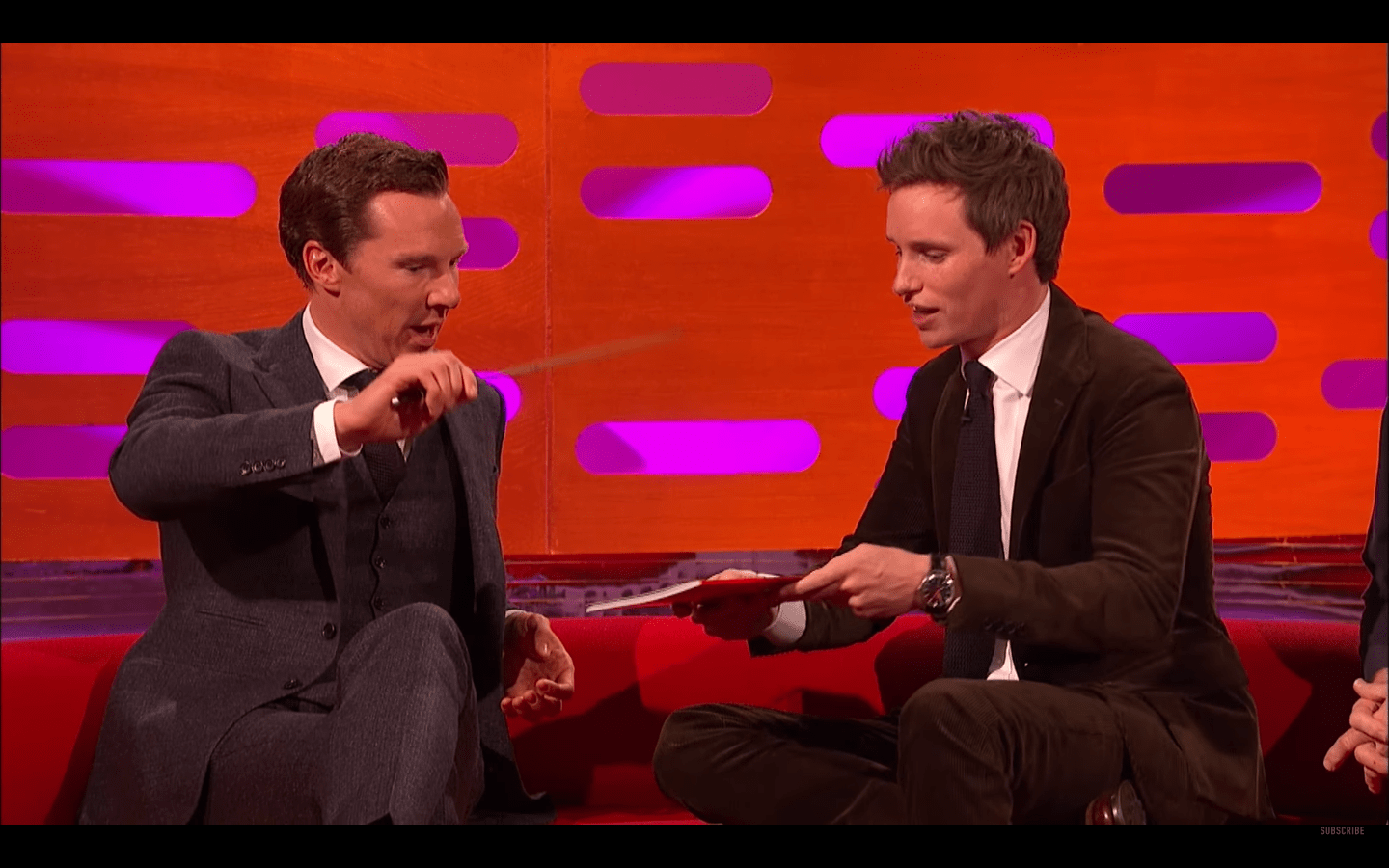 Cue music: Do you believe in Magic?

Because Benedict Cumberbatch and Eddie Redmayne have something for you! The two actors, along with Breaking Bad’s Bryan Cranston were seen performing a simple (yet highly effective) magical illusion on the Graham Norton Show. Okay, Eddie was doing it for the most part but it’s magical when you have Marvel’s Doctor Strange on one hand, and Newt Scamander of J.K. Rowling’s “Fantastic Beasts and Where to Find Them” on the other giggling like school kids performing for the first time on stage. It’s cute!

Check the clip below!

In any case, hope that bit of fun romp would help brighten up the your day! 🙂

Marvel’s Doctor Strange opened in Philippine Theaters last Oct 26, 2016 while J.K. Rowling’s Fantastic Beast and Where to Find them will open this 17th of November.

Bryan Cranston is voicing Zordon in the upcoming reboot of the Power Rangers.

- Advertisement -
Previous articleHeads Up Mouth-Breathers! “Stranger Things” Funko are Coming!
Next articleOur favorite 8-Bit Blue Bomber WILL BE BACK in Pixel Tactics!