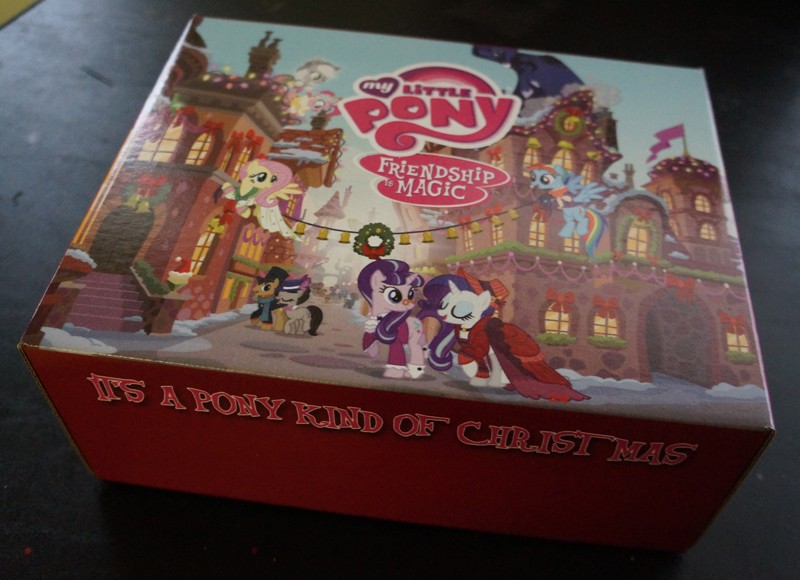 On Saturday morning, right before Christmas, I received quite the welcome surprise. There was a package delivery for me at home, and when I opened the small cardboard box I found it to be none other than my much-awaited My Little Pony: Friendship is Magic Holiday Box from Fanjoy.co. I was so excited over it that I just had to write about it.

For those not familiar, My Little Pony: Friendship is Magic (or MLP: FIM for short) is an immensely popular franchise created by Lauren Faust and marketed by Hasbro. The series tells of the adventures of the purple unicorn Twilight Sparkle and her five friends, and the lessons of friendship they learn along the way. The series has spanned six TV seasons since 2010 and has spawned a huge following not only with kids but also with adults (known in the fandom as bronies or pegasisters). 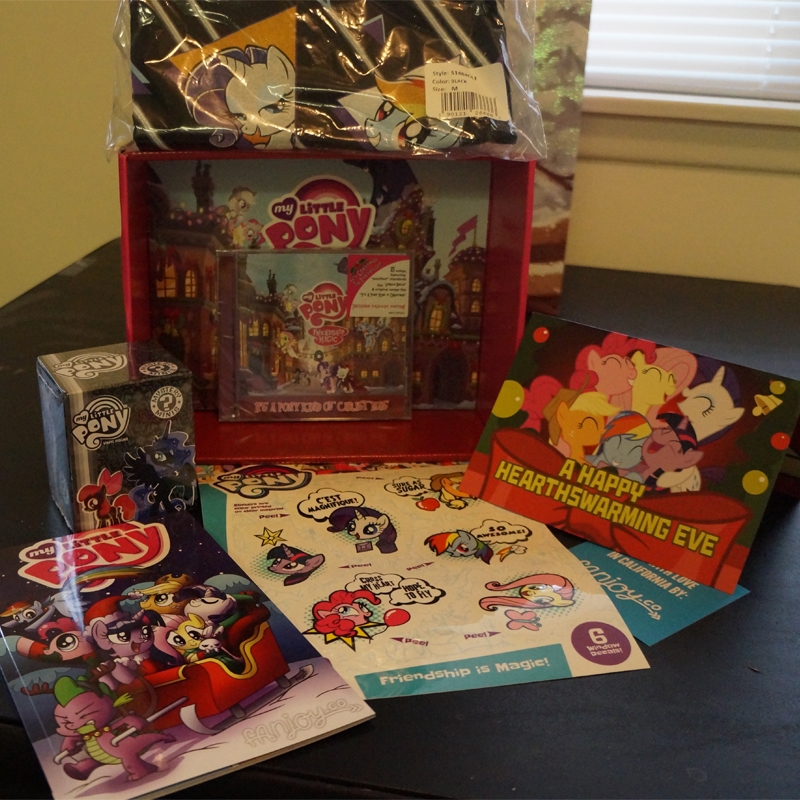 The MLP: FIM Holiday Box is a small package consisting of six items, most of which are centered on the Christmas holiday. The box cover shows a Charles Dickens-style scene based on the episode “A Hearth’s Warming Tail” – very Christmas-y indeed. 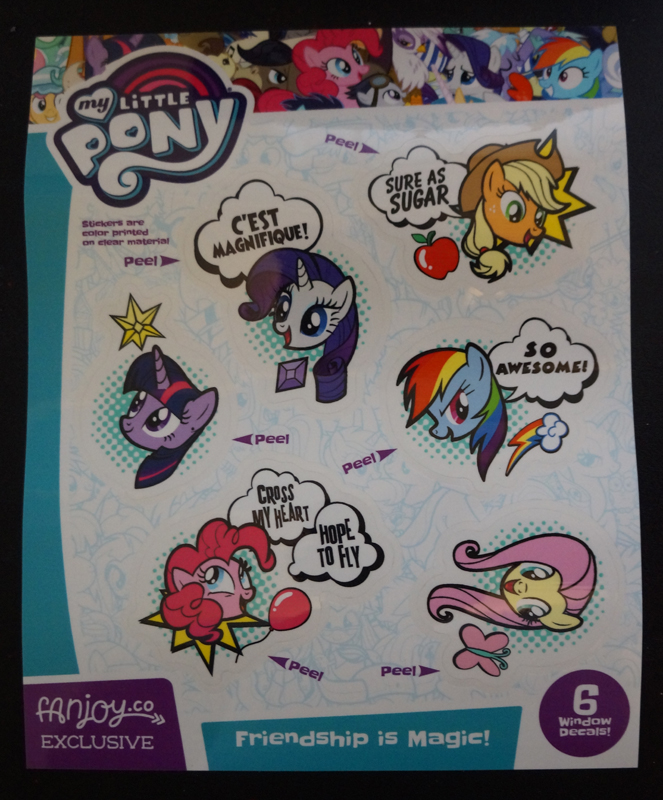 Inside the box are a number of printed materials, like this set of pony decals which you can use to decorate your car windows or your laptop (or whatever tickles your fancy). 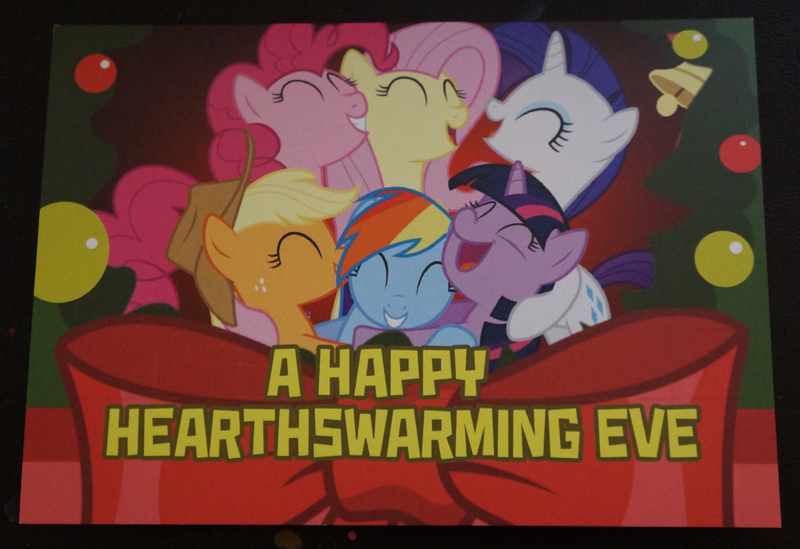 There’s also a holiday greeting card showing the six lead characters of the show and an MLP-themed Christmas greeting. 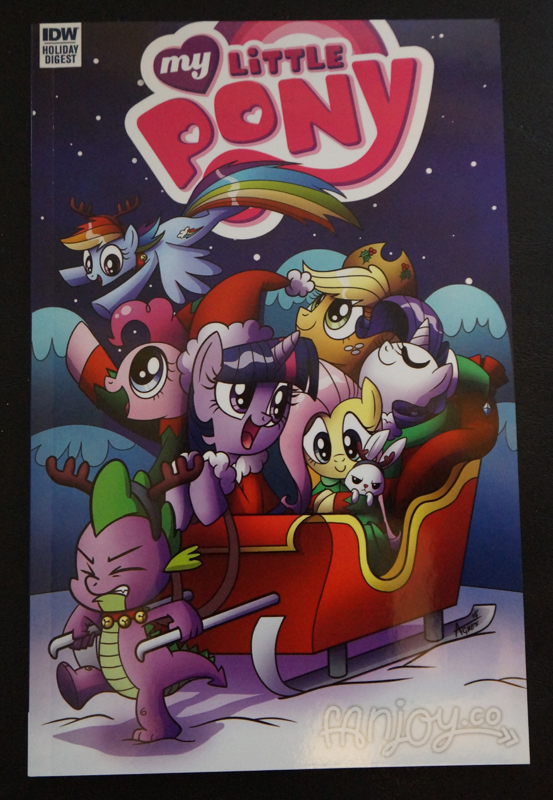 Also included is a holiday digest comic book by IDW Publishing. The comic tells two stories – the first has Twilight Sparkle recount various Christmas stories, and the other tells of Applejack‘s winter struggles against a Sass-quatch. Both stories feature excellent art by comic artists such as Andy Price and Katie Cook. 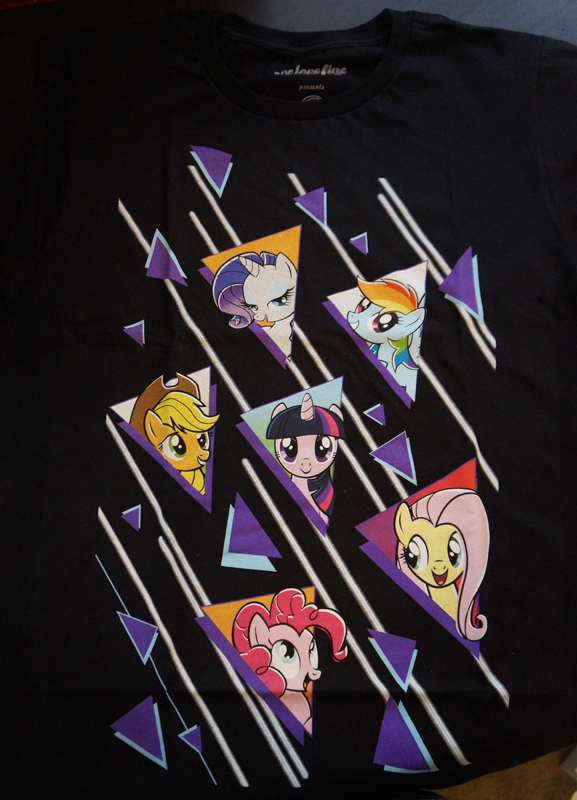 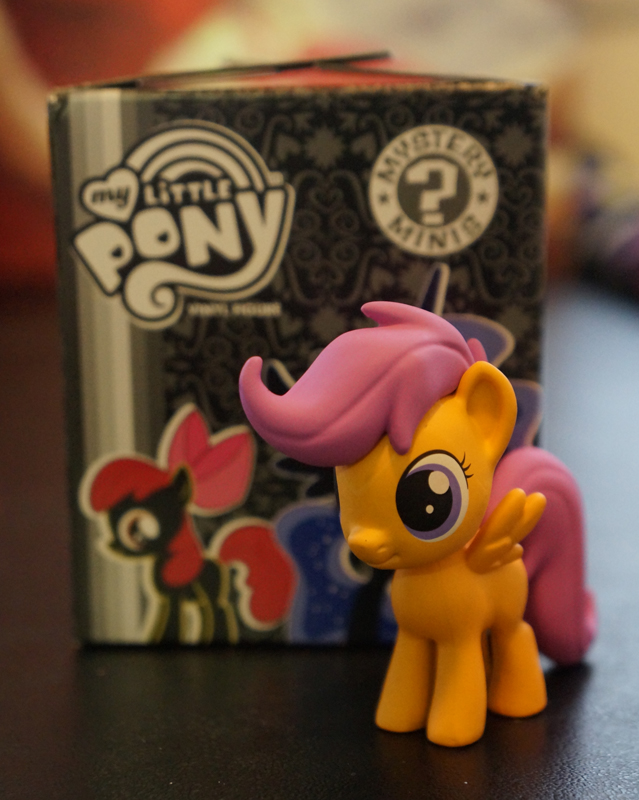 There are also non-print goodies such as this lovely T-shirt by WeLoveFine and a Funko mystery mini (which netted me a Scootaloo vinyl figure). 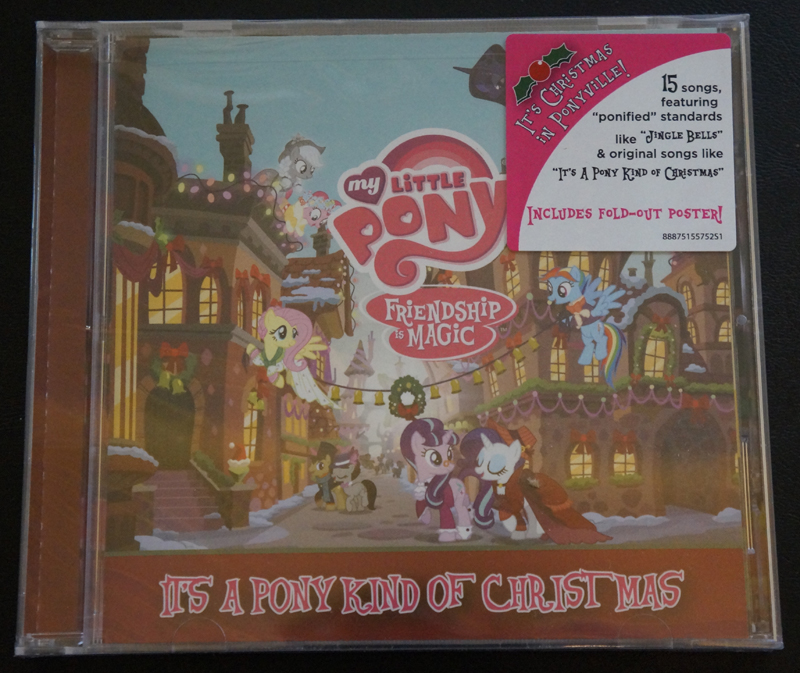 Last but not least, my favorite item in the entire box – the newly-released “It’s a Pony Kind of Christmas” music album! This 15-song compilation features MLP versions of favorite carols like “Deck the Halls” and “Twelve Days of Christmas” as sung by the voice actors from the show, as well as original songs used in the TV episodes like “The Heart Carol“.

This boxed set sure made my Christmas more magical! If you’re already a fan of MLP, this box is a definite addition to your shopping list; if not, hopefully this will introduce you to the fandom. Let the magic of friendship warm up your cold winter nights!

You can catch a locally-dubbed version of ‘My Little Pony: Friendship is Magic’ every Saturday 7:00 AM at GMA.