The Nintendo Switch Makes its Debut at The Tonight Show Starring Jimmy Fallon! 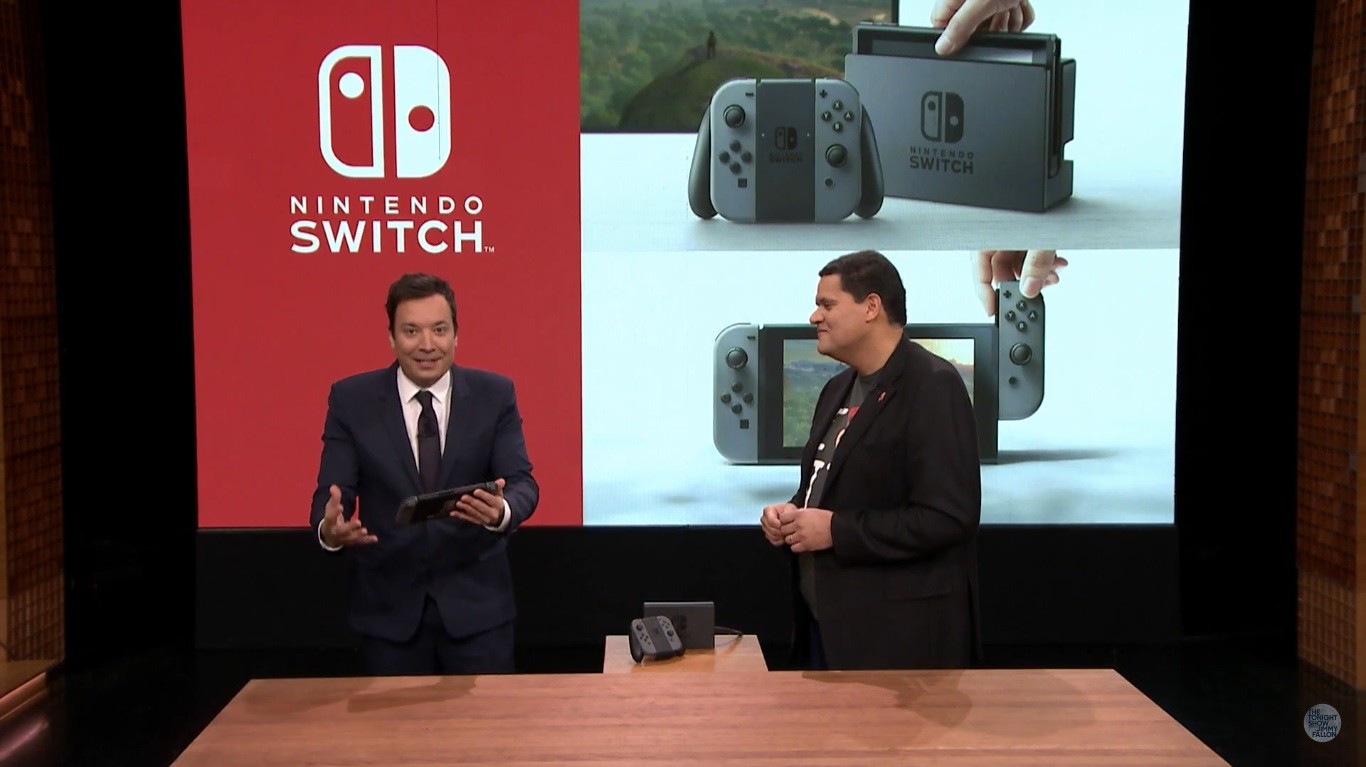 Aside from being naturally funny and awesome, Jimmy Fallon is also a known video game geek. So in the most recent episode of The Tonight Show Starring Jimmy Fallon, he was going test out Super Mario Run for the iOS in front of his guests – Reggie Fils-Aimé (President of Nintendo of America) and Shigeru Miyamoto (Legendary Video Game Creator of titles such as Super Mario and The Legend of Zelda).

What started as an already epic demo of the upcoming mobile game in front of the franchise’s creator turned into something MUCH MORE AMAZING! The Nintendo Switch made its debut on The Tonight Show and Jimmy Fallon was able to test it out!

OMG that was a lot to take in! First of all, yes, Super Mario Run looked great!

But LEGEND OF ZELDA??? ON THE NINTENDO SWITCH?!? My heart almost burst with so much hype! It looked so good and I can’t help but want one!!

We can’t wait for the Nintendo Switch to finally be available for purchase! Hopefully, the Switch gains a good quality amount of video game titles behind it. It has already been reported that the Nintendo Switch might get Gamecube titles on it but we do hope that there’s much much more 🙂 We’ll post more news about it as they come!