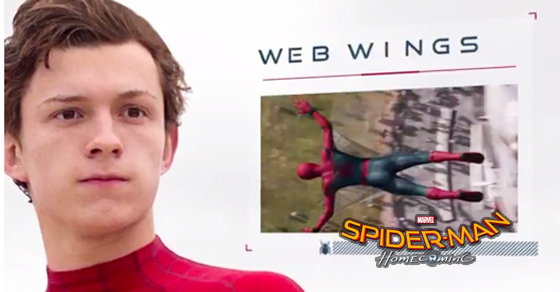 “Not on that onesie, you’re not.”, a remark made by Tony Stark to Peter Parker when he discovered Peter’s Spider-Man costume in “Captain America : Civil War” movie.

Released via a video last Friday (Jan 6) at the Consumer Electronics Show 2017 (CES 2017) the upgrades made by Tony Stark in Spider-Man costume. Check out the video here:

You would notice some of the upgrades have been already been seen on the “Spider-Man: Homecoming” trailers, and from “Captain America: Civil War” movie.  We think that the costume upgrade is one of the components to further cement the connection and relationship of Spider-man to Tony Stark, then of course to the Avengers.

Spider-Man: Homecoming releases its First Trailer and Iron Man’s in it!

So what do you think of these upgrades? Give us your thoughts at the comment section below!