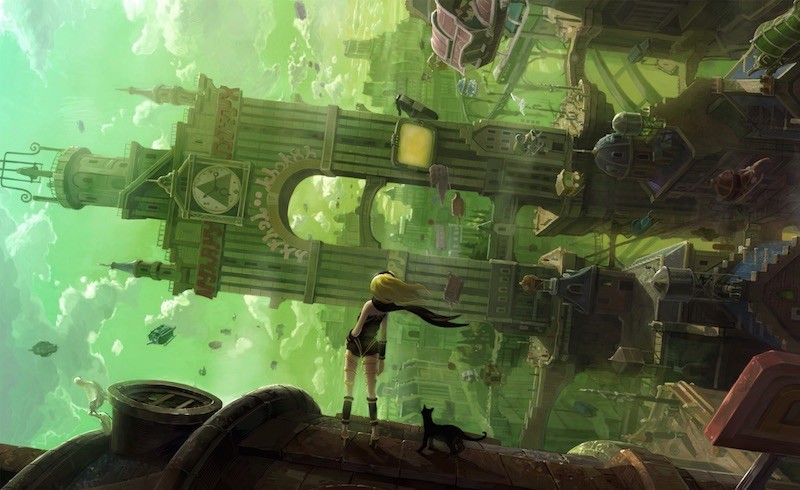 The gravity queen Kat is back for another physics-defying adventure in Gravity Rush 2. 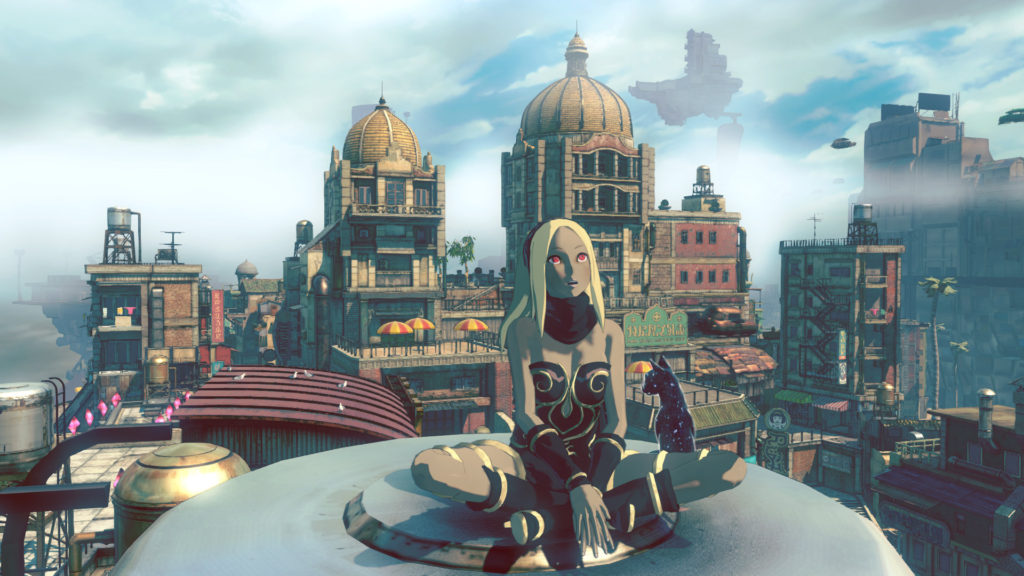 From Director Keiichiro Toyama (Silent Hill, Siren), Gravity Rush 2 is an open-world game that tells the story of Kat, a “shifter” (no, not that kind of shifter) who fell from the sky at the beginning of the original 2012’s Gravity Rush. Being a shifter has its perks, mainly the ability to manipulate gravity. 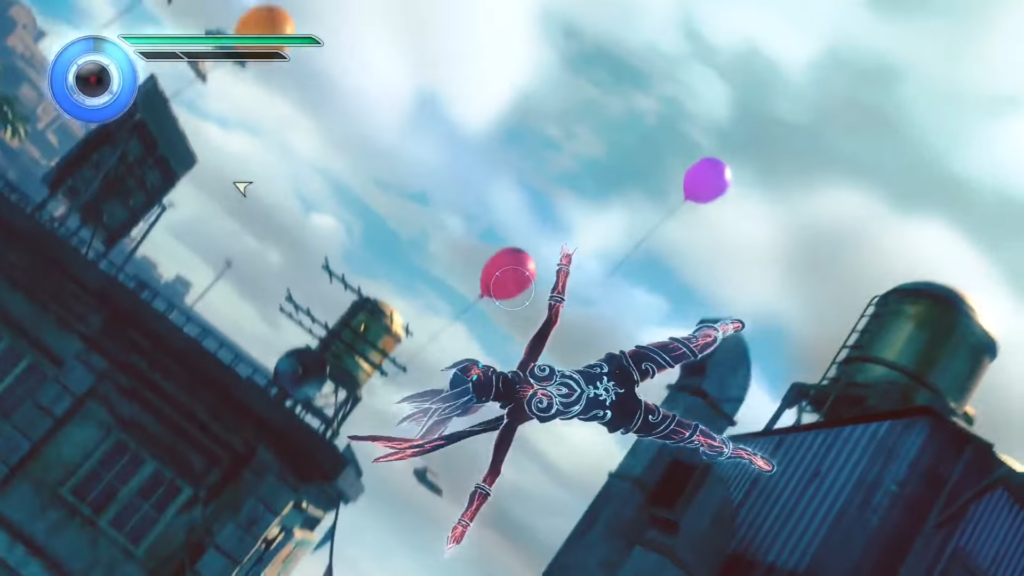 The game’s story is told months after the the first game. It begins after the appearance of a mysterious gravity storm where Kat and her detective friend Syd finds themselves in a mining camp. During my playthrough, this part of the story feels dragged and boring but luckily, it didn’t last that long and it picks up right after you find Dusty – Kat’s feline guardian and the source of all her power. 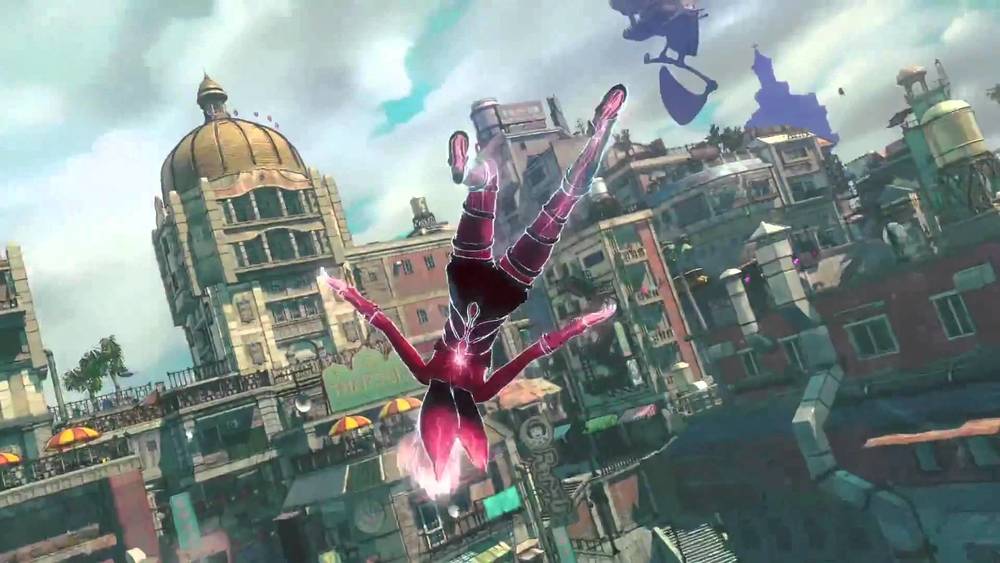 If you ever played the first game, you would know that with a simple press of a button, Kat can reorient her own gravitational pull, meaning she can stand on walls, fall up, down, or even sideways. Additionally she can use that power to throw environmental objects at her enemies.

Eventually, during the course of the game the protagonist learns two new styles that gives a bit of variety to her abilities. For example, the “Lunar” style gives Kat a passive low gravity feel that enables her to leap greater distances. Also, having that floating effect in turn makes her target more efficiently.

The “Jupiter” style, on the other hand allows Kat to hit more efficiently, but somehow she has a much more heavy feel when you control her. The real gem in the mechanics is that you can mix-up and experiment your these two arts, creating your own fighting style.

Speaking of combat, it feels quick and simple… As long as you have a good relationship with the camera as it has some issues. Luckily, you can set up the camera control scheme and find a setting that fits your style. After that, once you found your momentum, the fighting is thrilling at the same time vigorous. 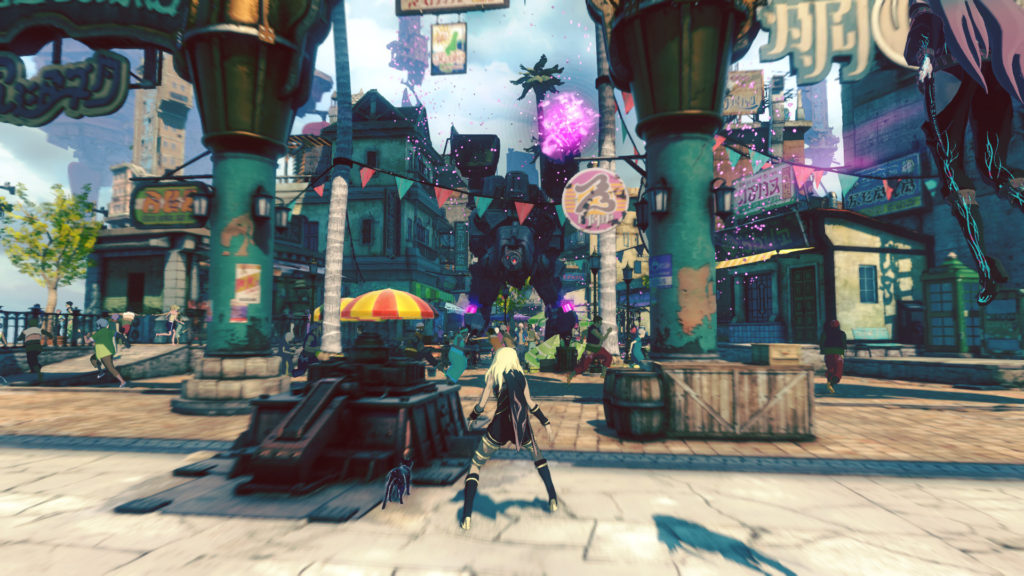 On the graphics standpoint, the game is visually stunning and captivating. Moving around and flying in the villages and cities feels pleasant to the eyes, and is an experience in itself. The colors really stand out and reminds me somewhat of Hayao Miyazaki’s works. 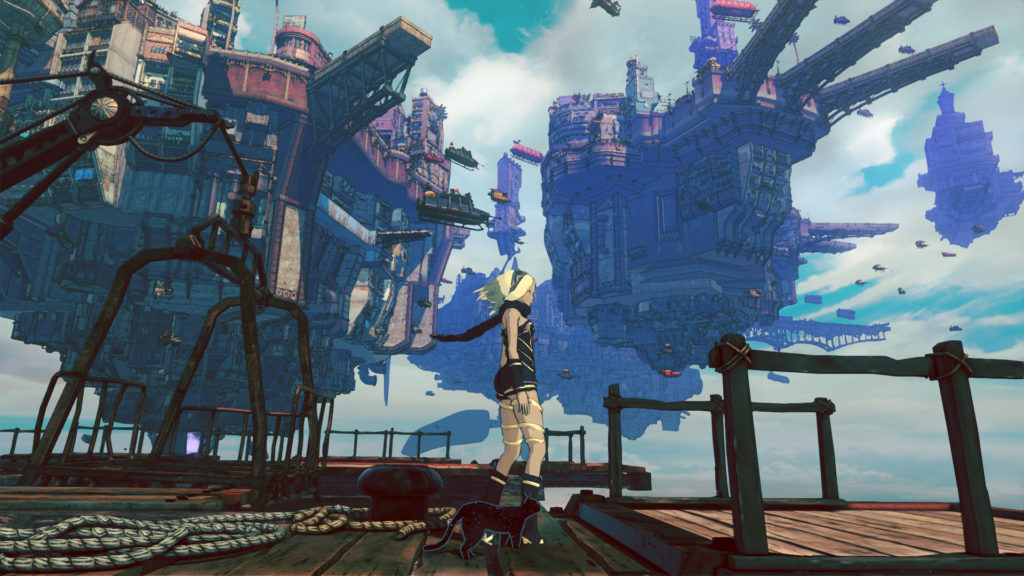 After a slow start, overall the game really pulled me in its world because of its charm. The new gravity powers and styles added make combat much more exhilarating. Gravity Rush 2 is very an ambitious project, especially in an open-world setting that misses out on guns and cars. If get past the the dragging intro, the occasional dull stealth missions, and sometimes unforgiving camera there is really a good game here, and is a huge improvement over the first installment.

If you want to see the actual gameplay, you can watch our stream of the game! Check it out!