First look at the Avengers: Infinity War production set along with cast interviews! 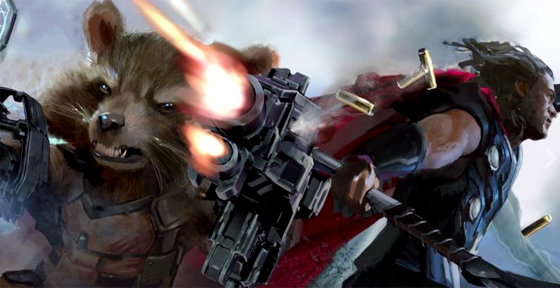 Ladies and gentlemen, as if the recent barrage of Guardians of the Galaxy news wasn’t enough to get our geek hopes up,  A sneak peek of the production shoot of one of the most anticipated movies EVER is making the rounds. We present to you a FIRST LOOK at set footages and interviews of the upcoming blockbuster hit, Avengers: Infinity War!

The video also features an interview with Marvel Studios president Kevin Feige, and shares how Avengers: Infinity War will be the conclusion of the Marvel hero movie series since the first Iron Man film in 2008.

“Avengers: Infinity War is the culmination of the entire Marvel Cinematic Universe as started in May of 2008 with Iron Man 1…it really is an unprecedented culmination of a series of films interlinked together.” — Kevin Feige

Feige also shares that in Avengers: Infnity War, Thanos will display his strength and terror, and why he is the most frightening villain the Avengers have ever had. He also added the reason why the Avengers needed to break up in Captain America: Civil War in order to defeat Thanos.

“How do you do that in a way that’s unexpected that pits the Avengers,… more powerful than anyone they’ve ever faced and yet make them completely unprepared to face him? Well, tear them apart,… That’s why we did Civil War before.” — Kevin Fiege

‘Avengers: Infinity War’ is set to be released in theaters on May 2018.

Today, from their set in Atlanta, Robert Downey Jr. hosted a FB Live interview to answer some of your questions!

FB Live from the set of Avengers: Infinity War!!!

- Advertisement -
Previous article
This Video of Beauty and He-Who-Must-Not-Be-Named will Definitely Make Your Day!
Next article
No more disk space for your favorite shows and movies? Asus and Seagate have the perfect deal for you!