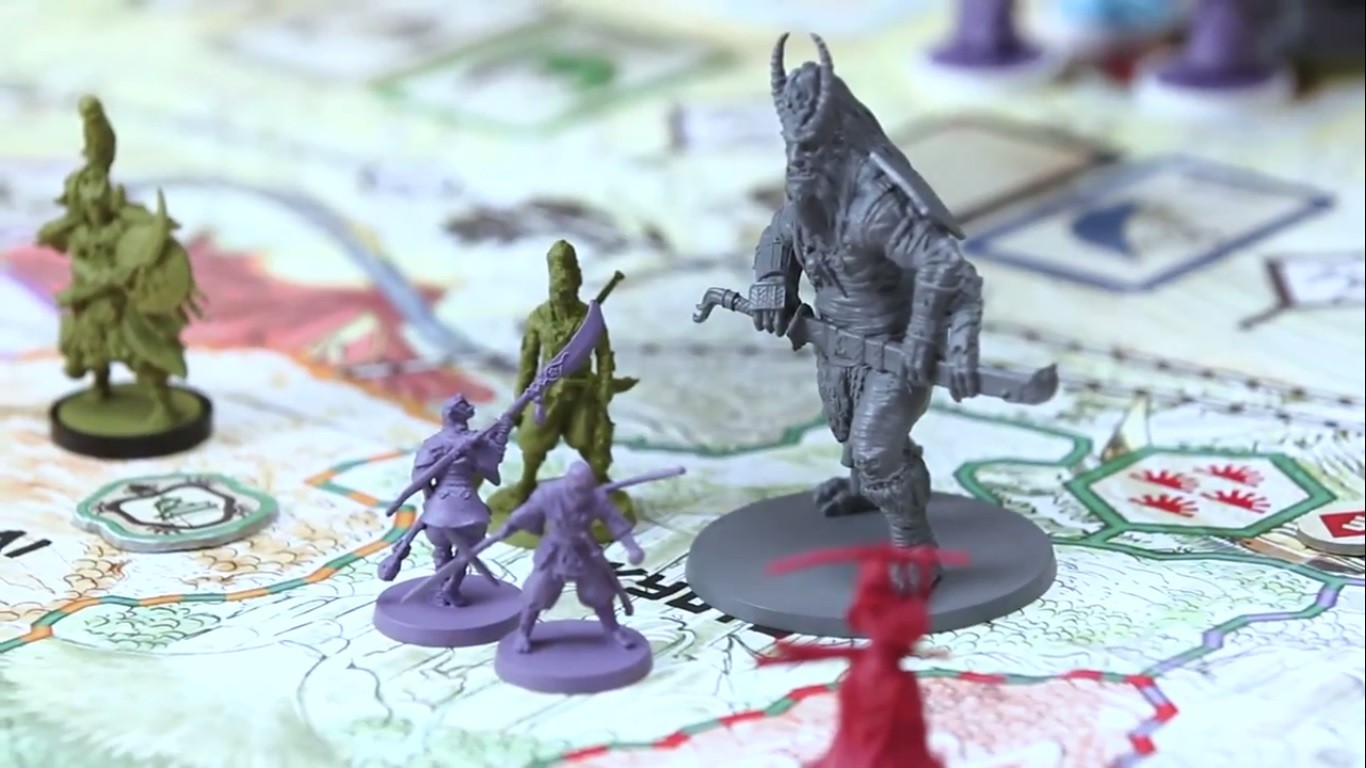 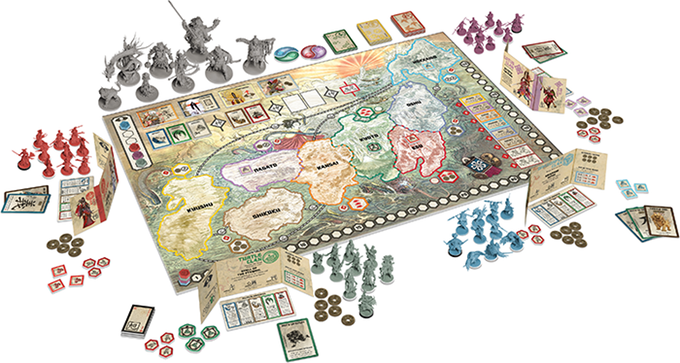 Following the footsteps of the highly successful Blood Rage boardgame comes Rising Sun, one that is sure to be another hit from acclaimed designer Eric Lang and publisher Cool Mini or Not.

Staged in Feudal Japan, in Rising Sun  players compete for victory points by making fragile allies, weaving a yarn in politics, waging war with neighboring clans, and of course making timely inevitable betrayals! Even killing one’s self (seppuku) is seen honorable in this game! 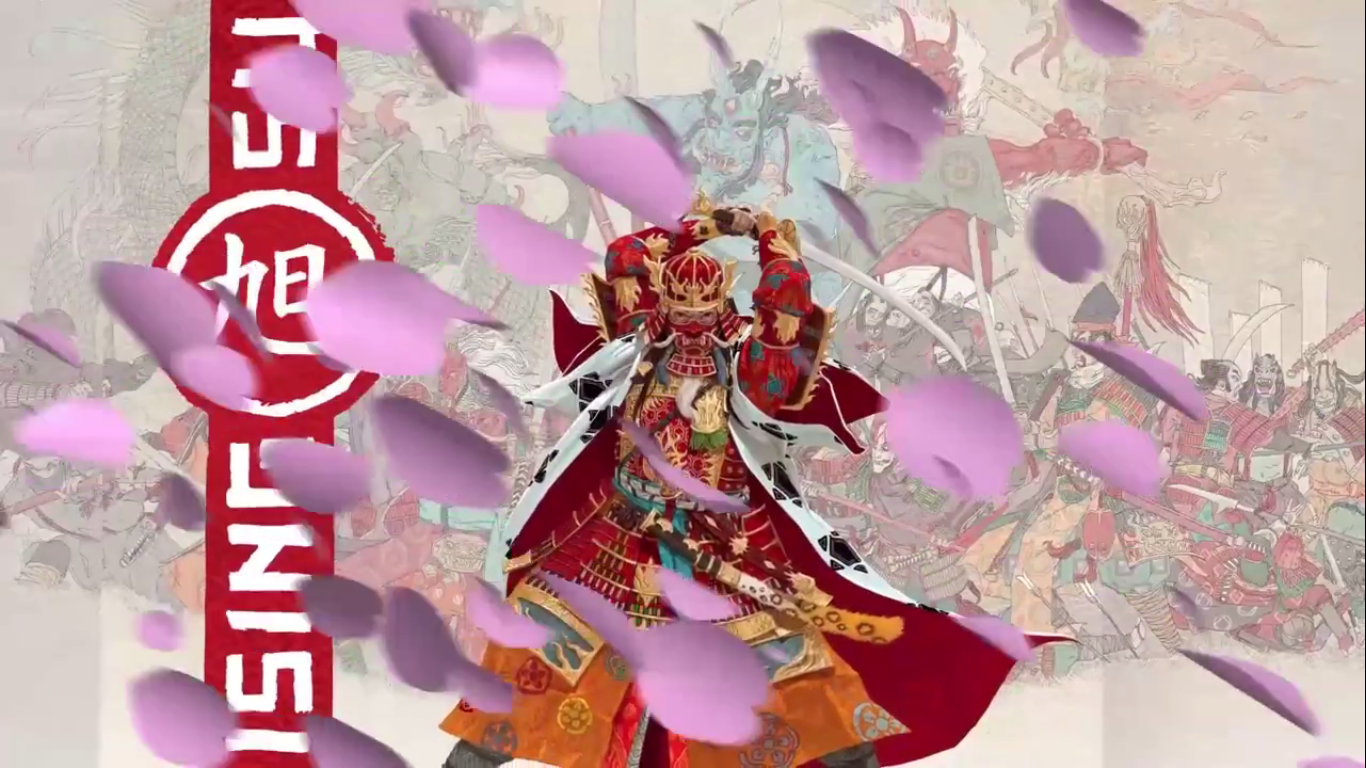 Given that this is merely an overview of the game, we won’t go into much detail for the more intricate rules. This is just to give you an idea if the game is right for your gaming group. Keep in mind that things are subject to change once the game rolls out next year. 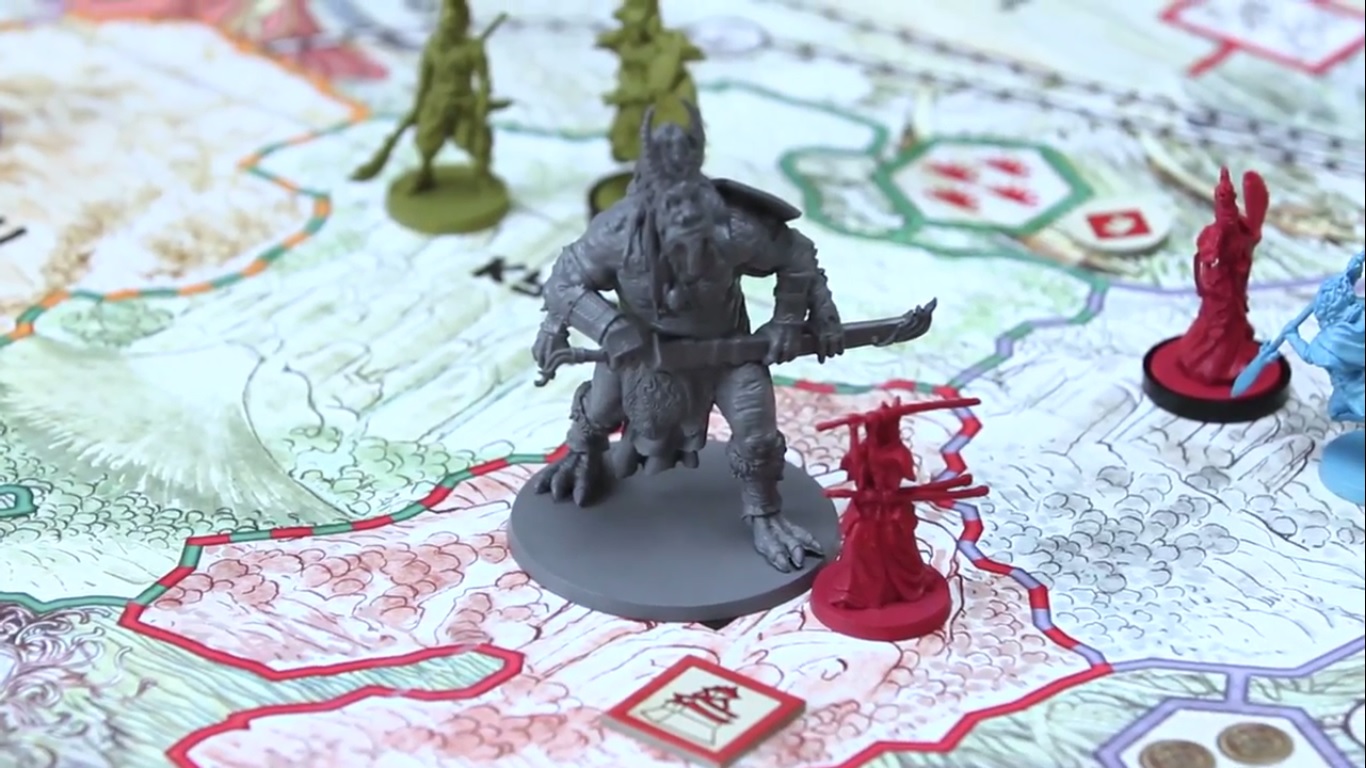 Now without further ado, let’s start with the game components:

58 Highly Detailed Miniatures, including 10 warriors for each clan and 8 huge monsters. 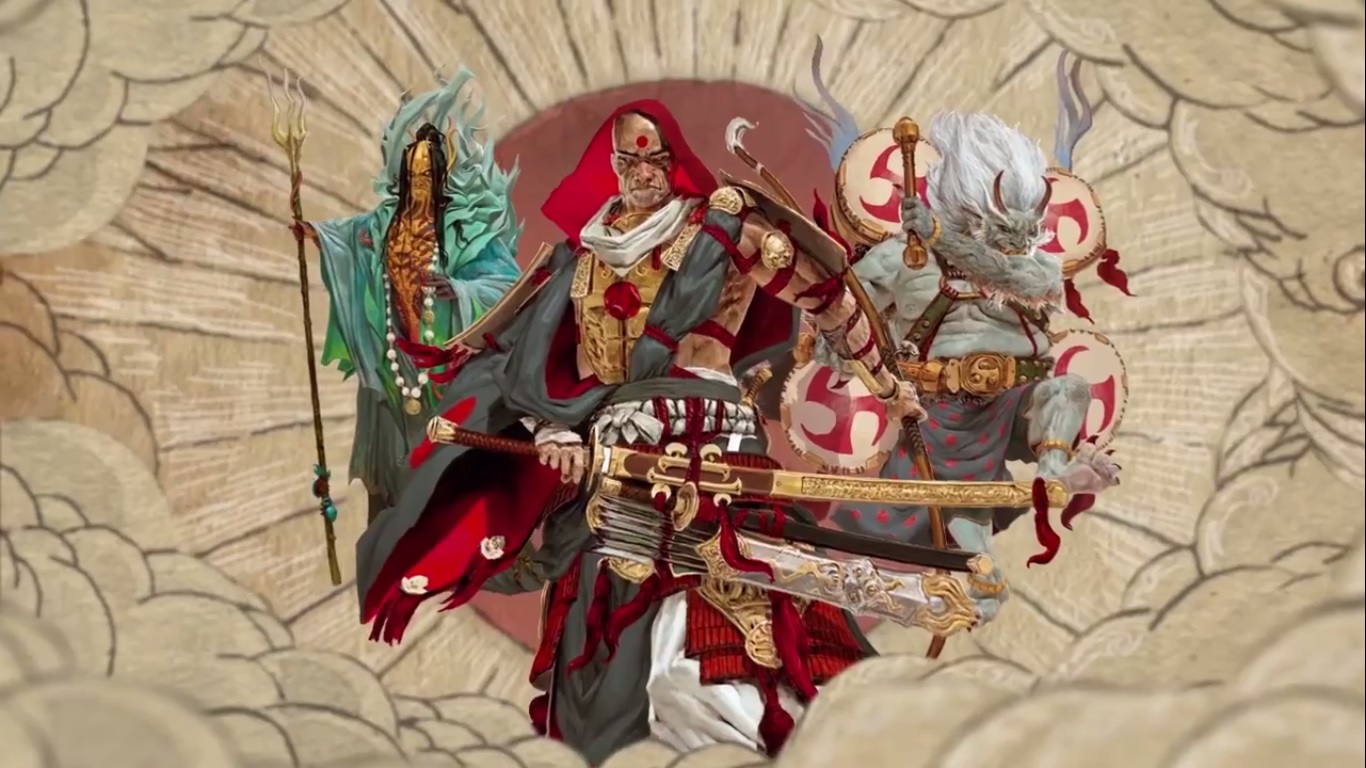 The game lets you choose from 5 clans each with variable powers that shape the flow of the game: 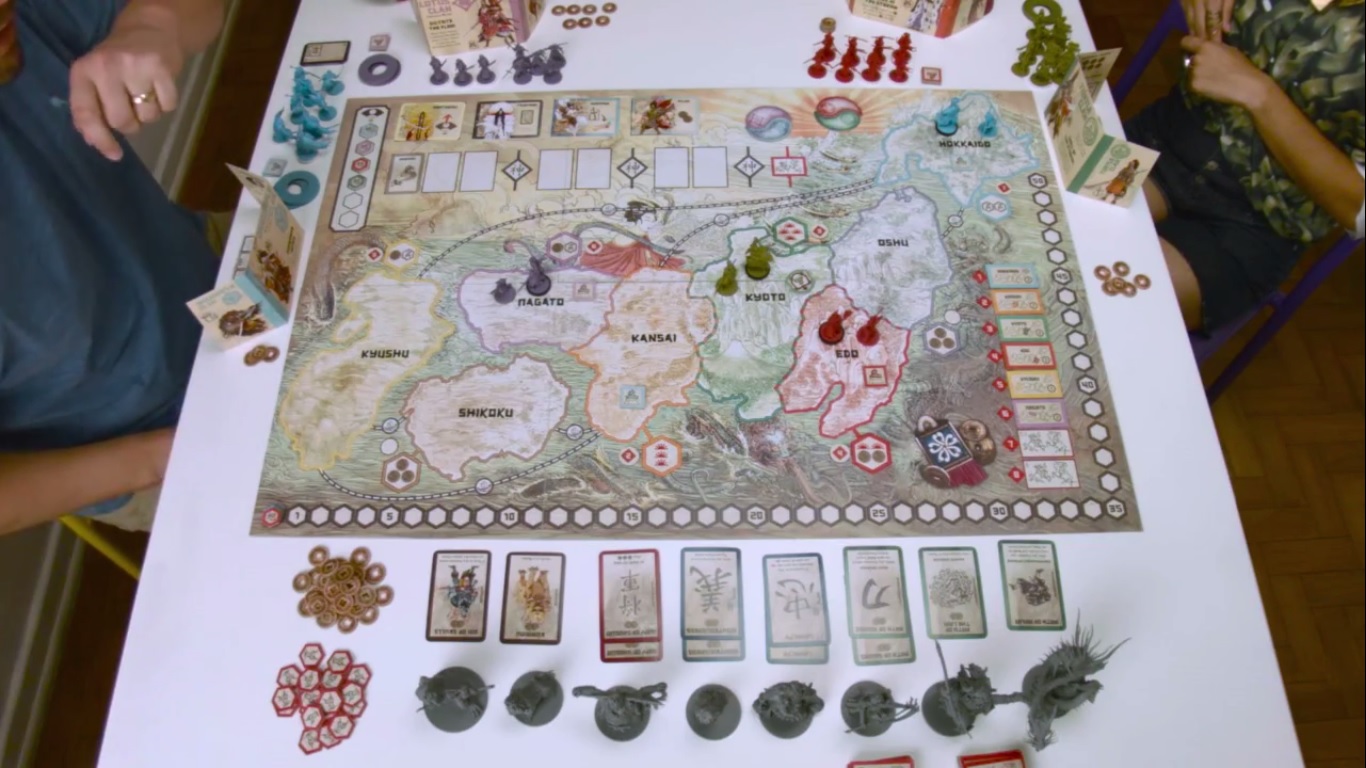 The game is played during the course of a year, divided into seasons. In each season after the Tea Ceremony, there are 2 phases: 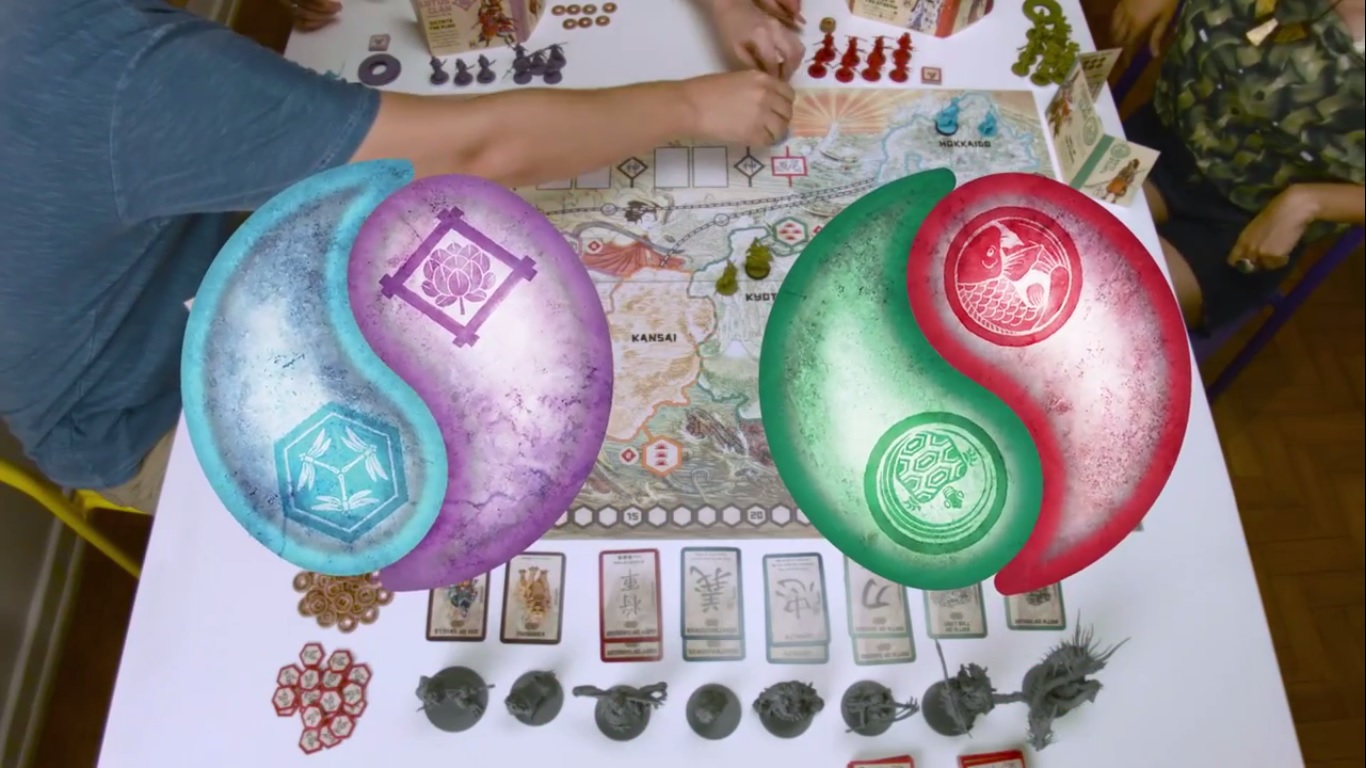 At the start of each season players participate in a “Tea Ceremony” where clans form alliances with one another. Partnering with someone provides them with a lot of benefits (most of which coming from the Political Mandate Cards) such as:

During the political phase, players choose one of five different Political Mandate Cards that dictate their action and intentions during the round:

Recruit –  Adding new units to the map via controlled strongholds OR Sending them to mountains to worship the 4 mighty Kami, which could possibly provide future benefits.

Marshall – Moving forces across the map.

Train – Spending coins to upgrade your clan with new abilities, upgrades and even harness the power of the monsters in the game.

Betray – Ending alliances, losing honor in the process (There’s an “Honor track” that is used as a reference in breaking ties at certain parts in the game.) This action might prove beneficial at a certain time for the player doing the action, because there are some upgrades in the game that you can only get when you are at the bottom of the honor track.

In each of the contested provinces (meaning more than one type of clan is in a region) players secretly bid on all of the four “War Advantages” actions , where the winner gets the right to execute that specific option, which can change the tide of a battle: 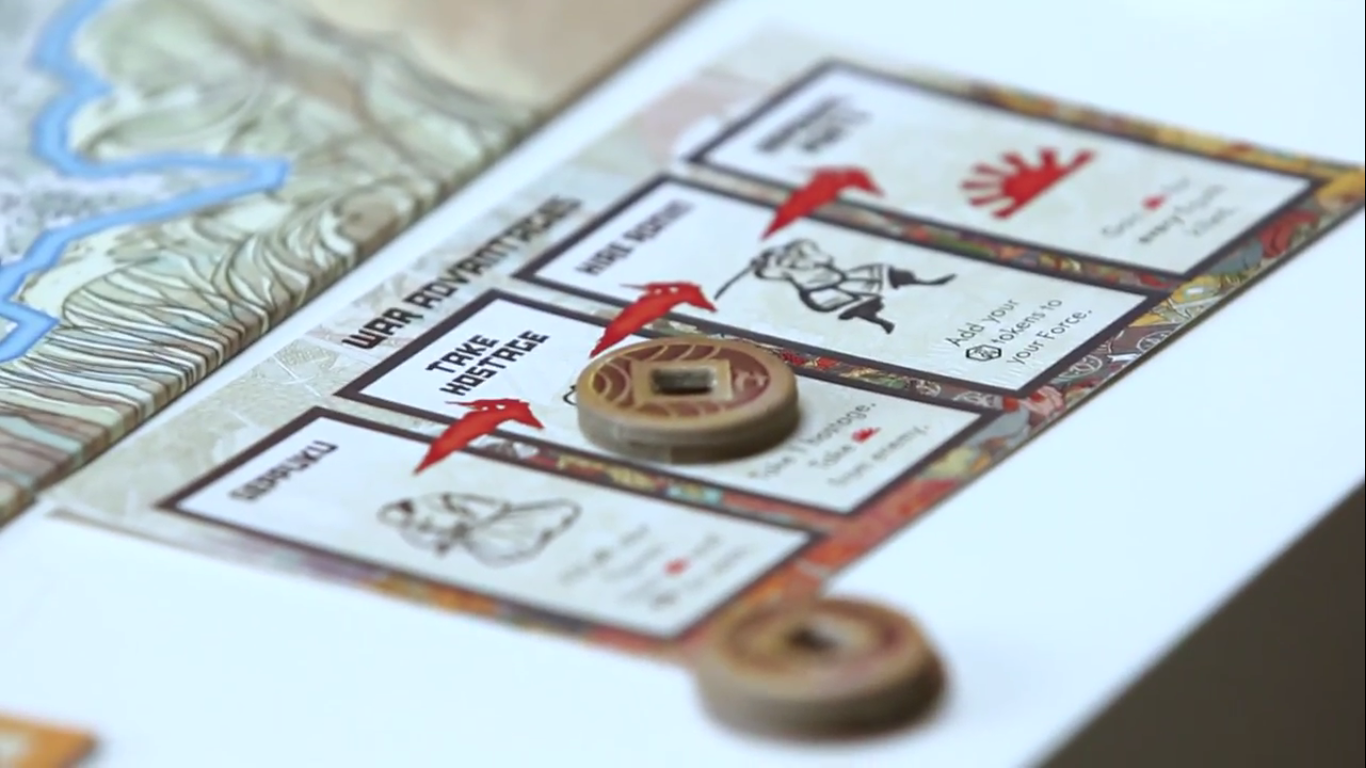 Seppuku – Eliminate all your figures on region, gaining points in the process

Take Hostage – Take 1 hostage and 1 point from the enemy. 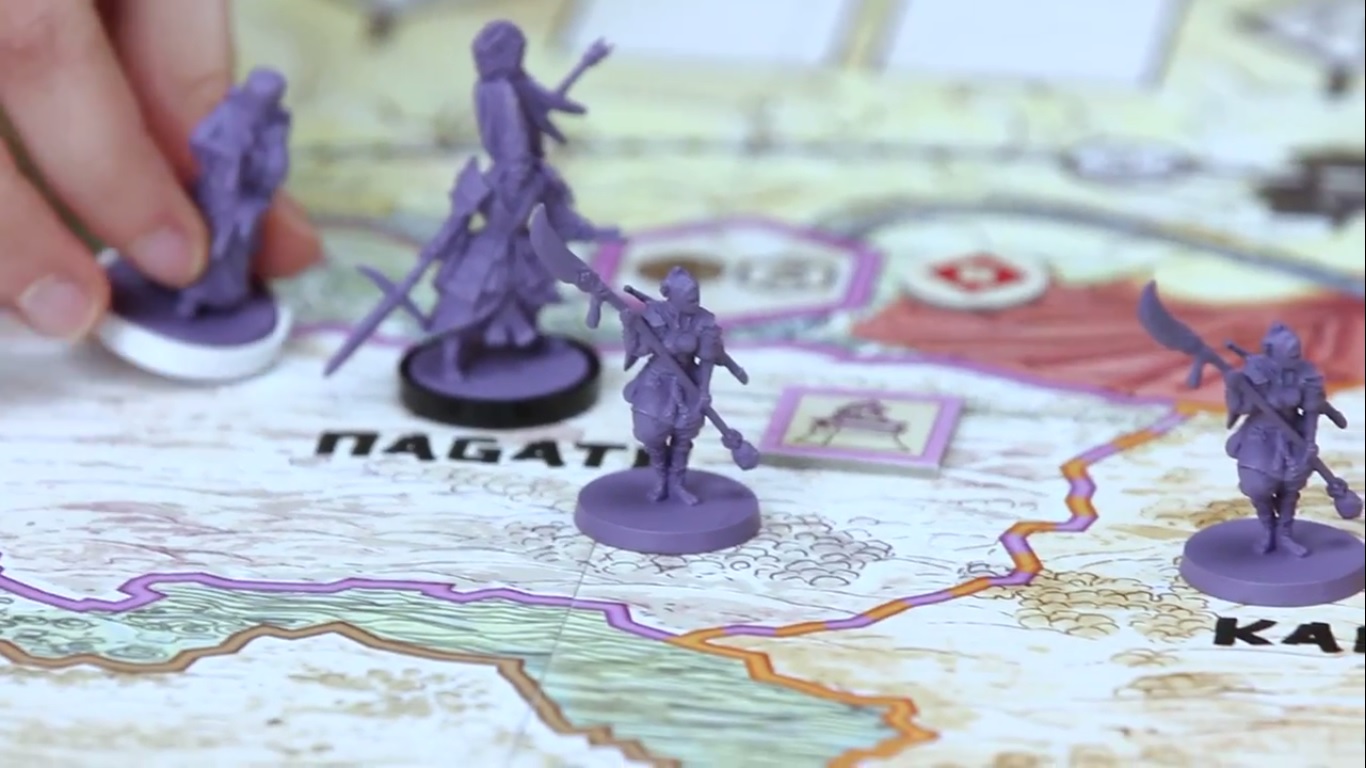 When winter arrives (signaling the end of the year and effectively, the game), clans gain extra points for winning battles in provinces, and also for certain upgrades they may have accumulated. The clan with the most points is declared the new Emperor of Japan! 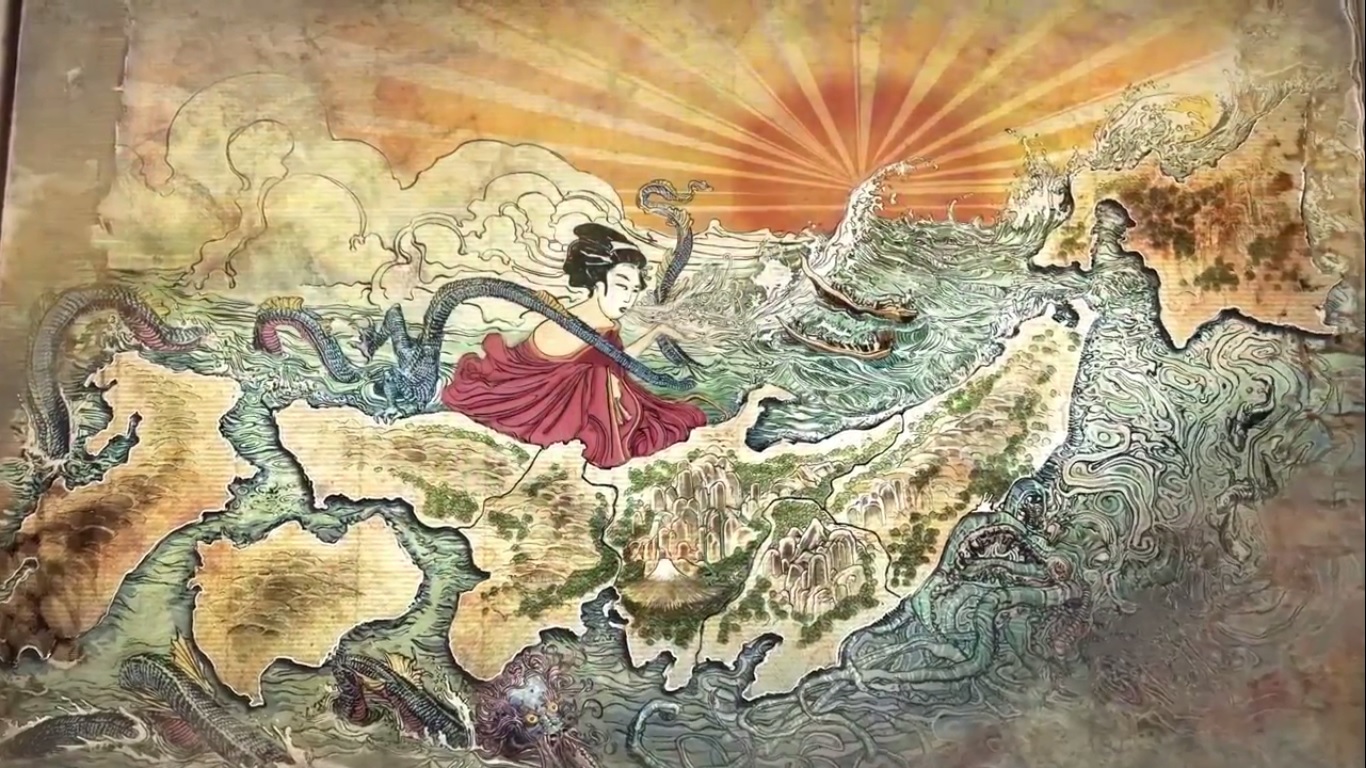 Interested on getting the game locally here in the Philippines? Our friends at Gaming Library are offering a special promo for gamers who want to join the campaign, which ends on April 4, 2017 head on to this link and read the guidelines for more details! 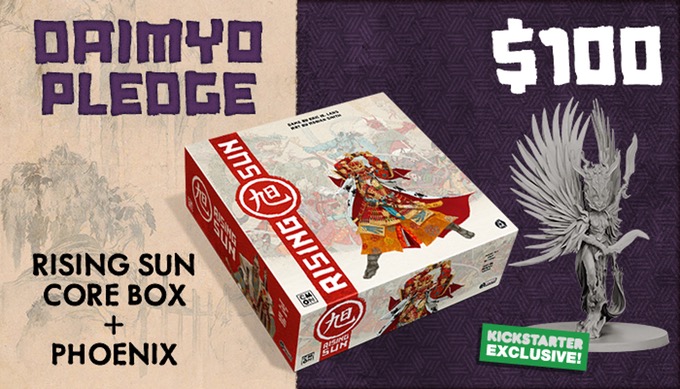 There is only one pledge level available – The Daimyo Pledge, in which you get every Kickstarter Exclusive that is mentioned in the stretch goals. 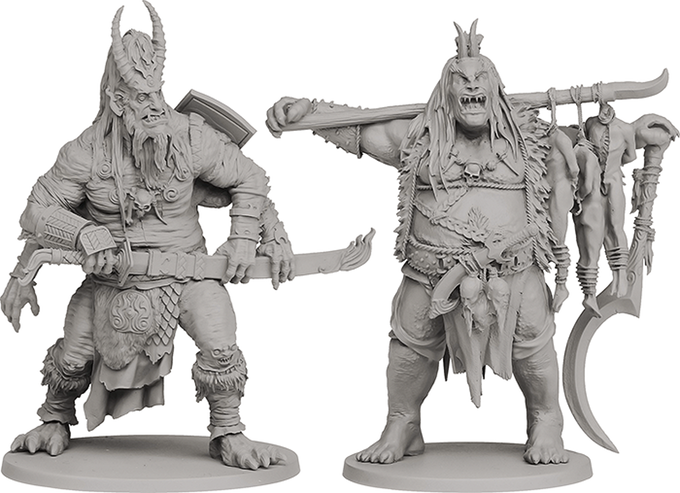 But who are we kidding? The fact that you read this, you probably already got the game, just for its awesome miniatures alone!

Lastly, check out a full play of Season One from the awesome people at Cool Mini or Not!