OH YEAH! The Philippines WIN BIG at the AIFFA 2017! 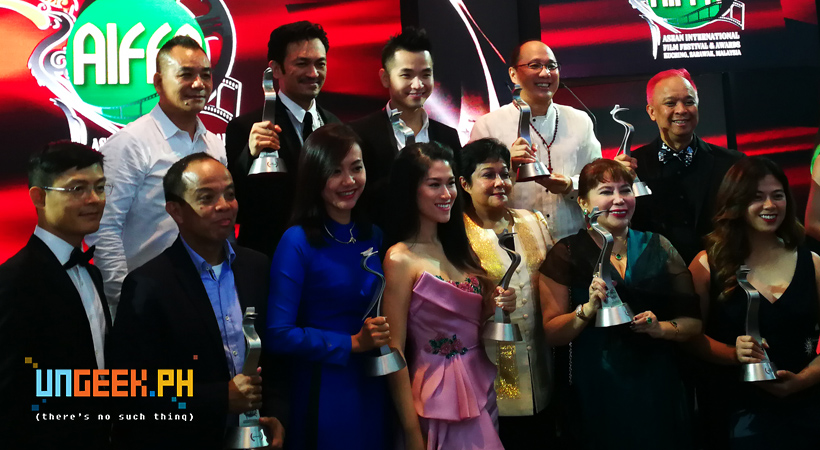 What a night for the Philippines! 18 Nominations and 6 awards won at the Gala Night of the 3rd Edition of the ASEAN International Film Festival and Awards (AIFFA), a biennial film festival held at Kuching, Sarawak, Malaysia. 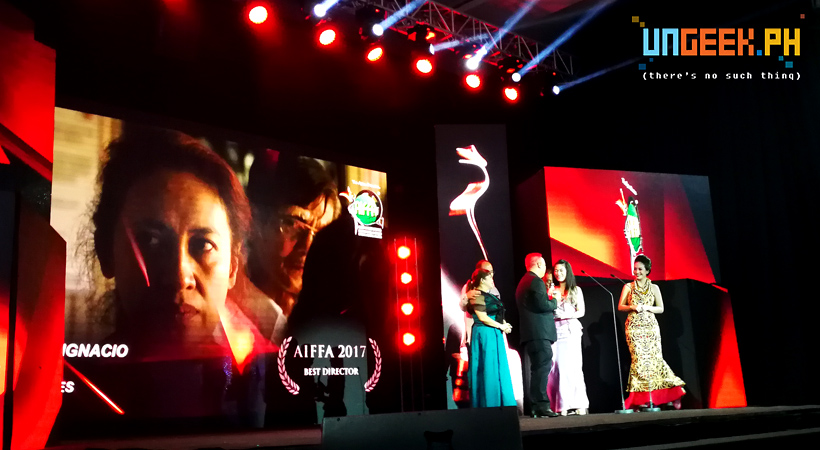 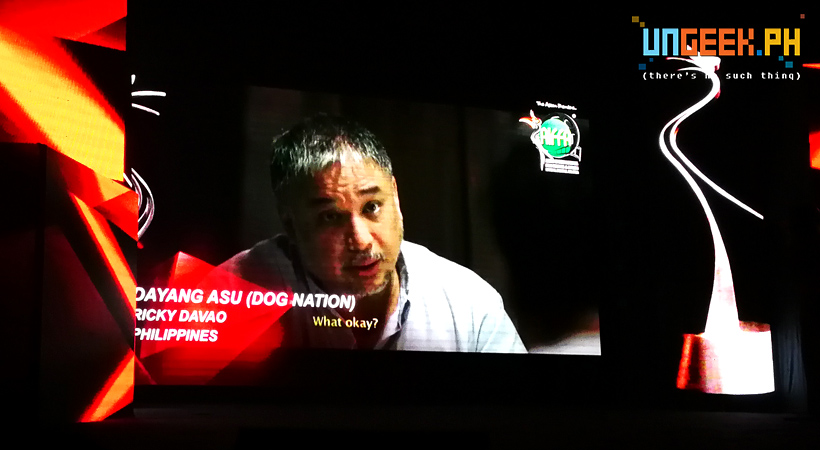 Ms. Cherie Gil, AIFFA 2015 Best Actress Award recipient is the one that presented the category and couldn’t contain her happiness when she read the card. 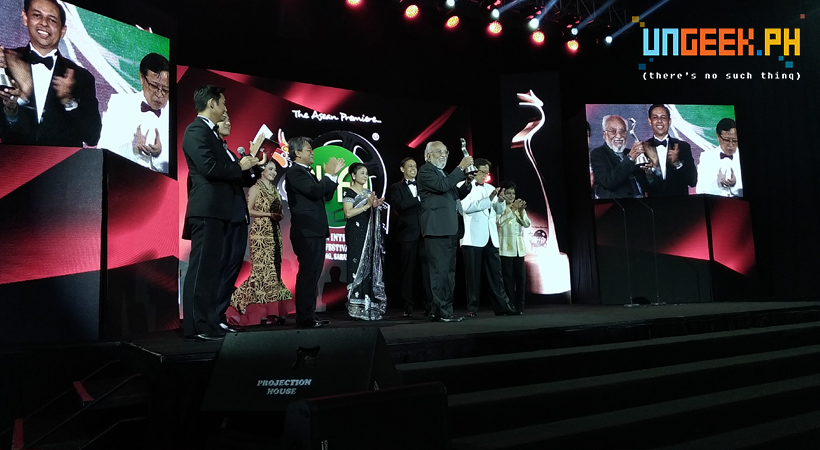 Ms. Nora Aunor, a recipient of 2015’s Lifetime Achievement Award was part of the group that handed the award to Tan Sri Lakshmanan Krishna, a Malaysian director and known to have paved the way for modern film making in their country. 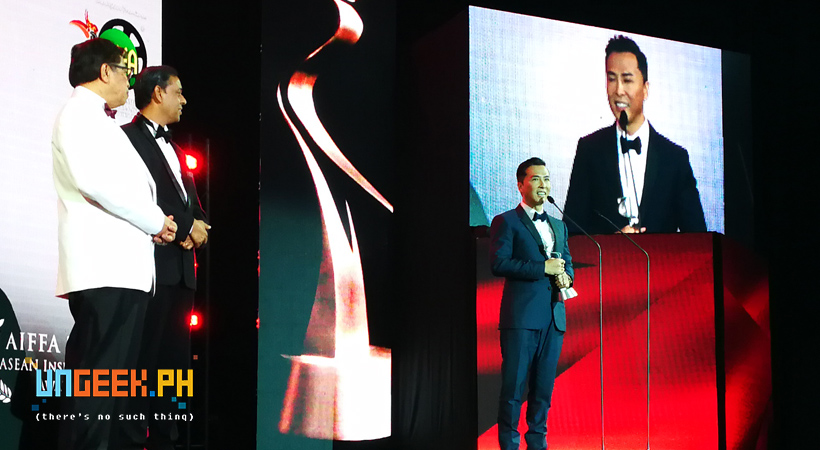 Donnie Yen, with more than 70 films to his credit, became the recipient of the ASEAN Inspiration Award, an award bestowed upon Jackie Chan during the AIFFA 2015. The high-flying, kung fu busting, Force-sensitive actor gave an inspired speech about making it all about the work and being relentless in the pursuit of film as an artistic medium.  He also showed his lighter side when Marc Nelson and Rovilson Fernandez, hosts for Asia’s Got Talent and our host for the evening’s festivities, egged Donnie to lead the whole audience to chant his famous Star Wars line “I am one with the Force, the Force is with me.” 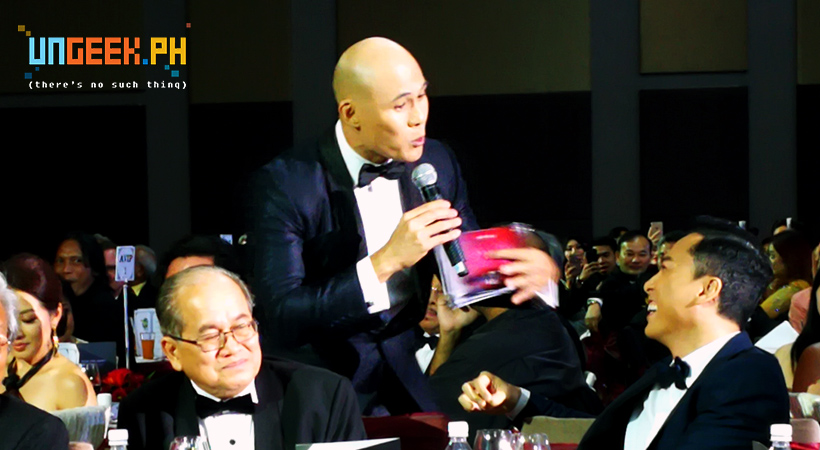 The Voice Season 2 winner, Jason Dy, along with Fazura graced the stage with an ASEAN hit song. 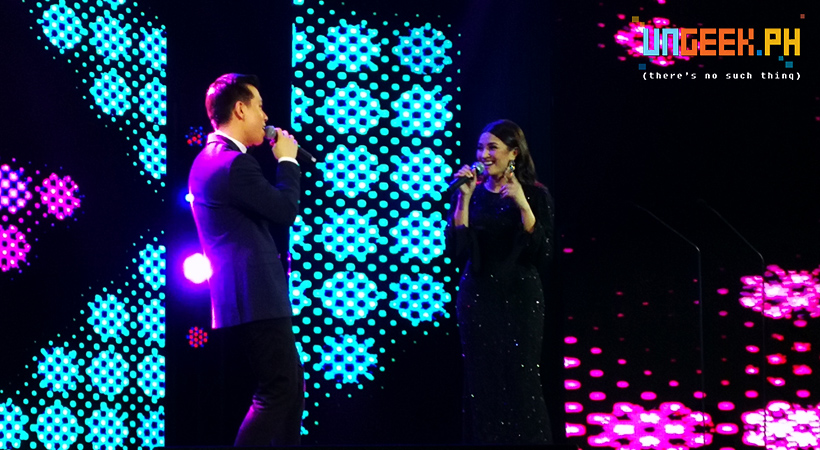 While Vietnam nabbed the Best Film Award for their entry, The Way Station, all in all, the Philippines showed sheer amount of creative force and tremendous support for the AIFFA and their film initiatives!

We were very privileged to be a part of this young but budding enterprise of a film festival that celebrates the ASEAN nations and their creations. With the experience we had during the AIFFA and the amazing sights, sound and food of Kuching, you can be sure we’d be back for the next installment if we’re invited once more! To AIFFA and to the winners, a thunderous congratulation to you all! And to the Philippine winners, here’s hoping this becomes another push for moviegoers to support thought-provoking and now award-winning works of art from the local film industry! Mabuhay kayo! Mabuhay ang pelikulang Pinoy!

*All photos taken with the ASUS Zenfone 3 Zoom