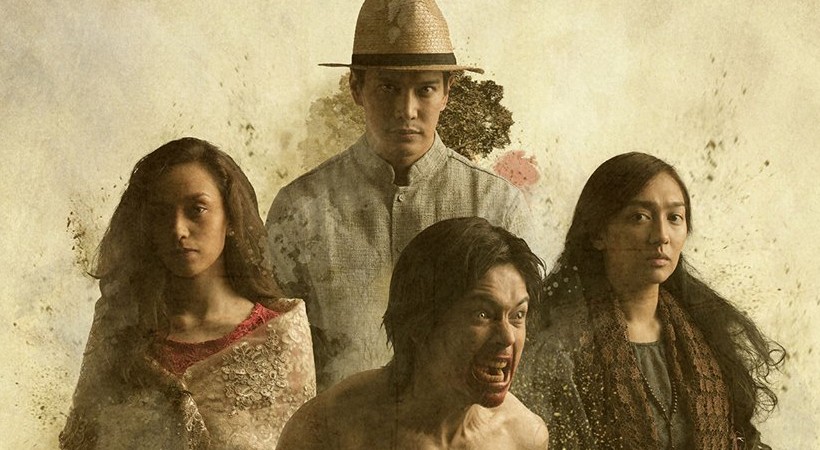 It’s a dream not a lot of people get to live out, but for artist and creative savant, Mervin Malonzo, his defining moment is about to come. To those who may not know, Mervin, a local comic book artist, has been working on what could be his Pieta, Tabi Po – a graphic novel redefining the Philippine folklore of Aswangs, a mythical creature akin to hybrid vampire/witch/shapeshifter – for close to a decade. His ability to meld sharp dialogue & bloody visuals without making the material too highbrow for the general audience was instrumental to the book’s success. Now, officially launching the third volume from the series (and closing the current story arc) at the AsiaPOP Comicon Manila 2017, Tabi Po also officially launches the teaser and full-length trailer of a TV series being created by Viva and Cignal based on the acclaimed graphic novels.

Yup, we’re about to see Elias, Tasyo, Sabel and the rest of the kooky and colorful cast from the Tabi Po comic book jump out of the pages into your TV and your digital screens.

Ungeek got a chance to sit down with Mervin and talk to him about his journey and experience in giving life to this local masterpiece.

Damn! That’s exciting! And it takes balls for Viva and Cignal to intricately translate Mervin’s story, with all the blood, gore, expletives and (potential) nudity into a Netflix-style produced content. As mentioned in the interview above, Tabi Po will span across six (6) one-hour episodes.

If you’re dropping by APCC today, be sure to stop by the Tabi Po booth and get to meet and talk to Mervin about his creation. There are various activities that you can do in the booth as well, but most importantly, (if you haven’t yet) don’t forget to get all 3 volumes at the con. It will be worth every penny you spent!