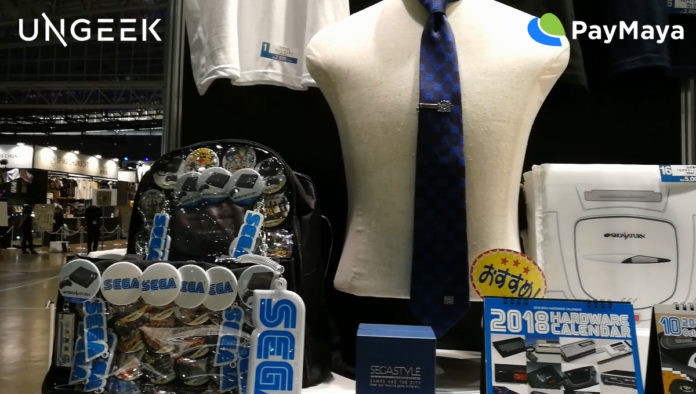 We thought we’d learned our lesson well from last year’s Merch Caravan tour (like leave your wallet behind) but nope, we ended up spending still. The only difference this year, though, is the level of controlled spending we did. And we went through a bit of speed bumps in purchasing some TGS-exclusive merch!

To ensure that we do not go above and beyond our target budget, we decided to ditch our credit cards behind. Then we left our cash in one of the many lockers in Makuhari Messe, Chiba – the venue for the largest game show in Asia.

What we brought with us is our PayMaya Card. Loaded up with roughly $200 USD or Php 10,000. That’s the limit. You reach that and we’re done. 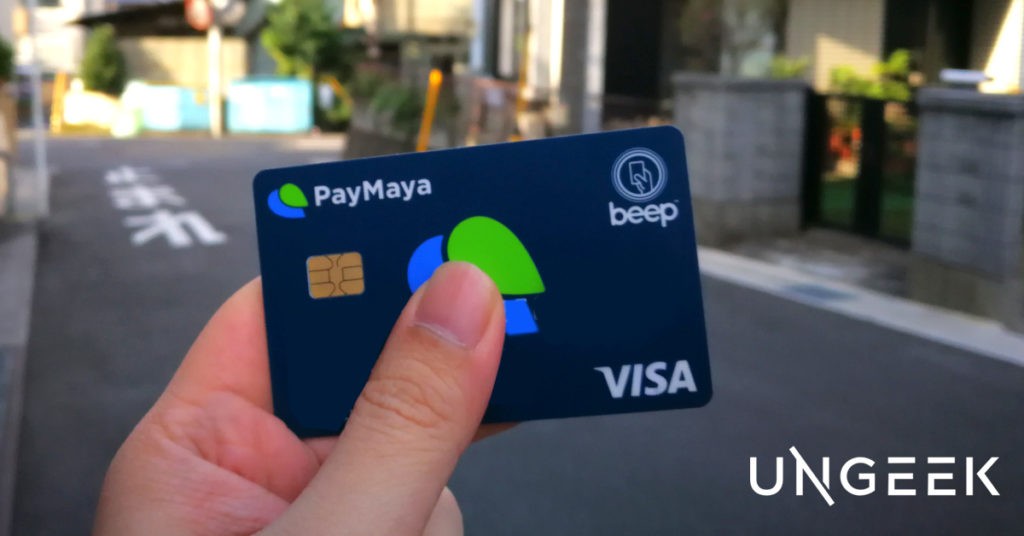 The Merch area is, like last year, located over at halls 9 to 10 of the venue (TGS spans 11 large convention halls). While the selling booths this year seem a bit smaller, the merch being offered seem to have doubled in size. 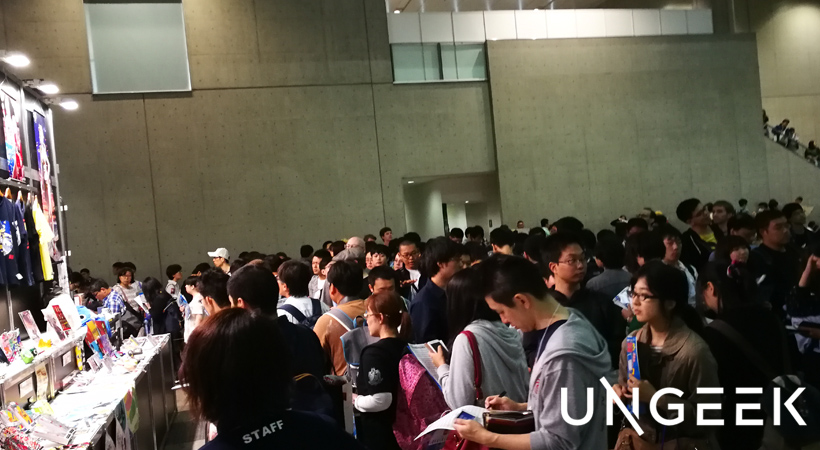 Upon descending to hall 9, you’re greeted with a large 3rd-Party cosplay and gaming apparel shop called Cospla. Various collections of obscure, yet fascinating shirts, ties, and accessories greet you around and inside the shop. 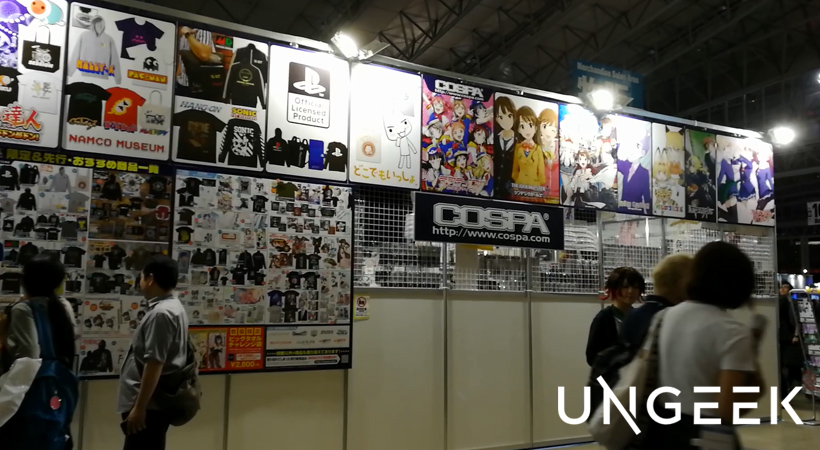 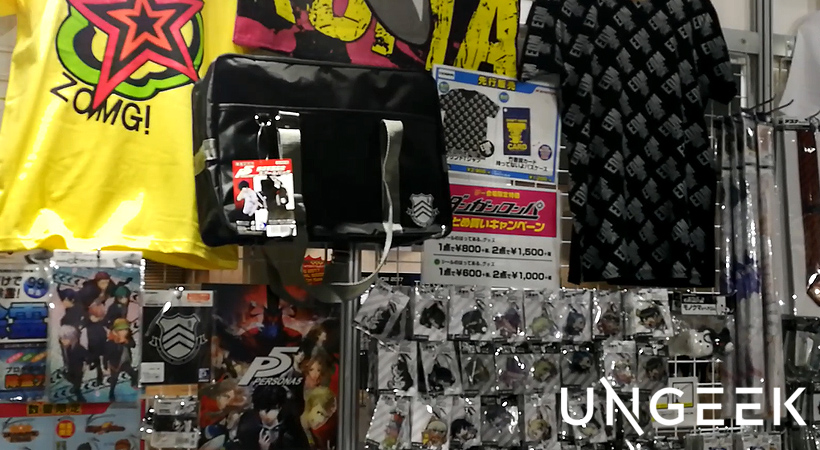 To our astonishment (and delight), we found some key Persona 5 items that were hot items last year like Ryuji Sakamoto’s yellow shirt and the Shujin Academy bag used by the main protag. There are bunch of other titles as well and developers like SEGA and Sony PlayStation (where we saw this nifty canvas tote bag that can transform into a backpack as well)! 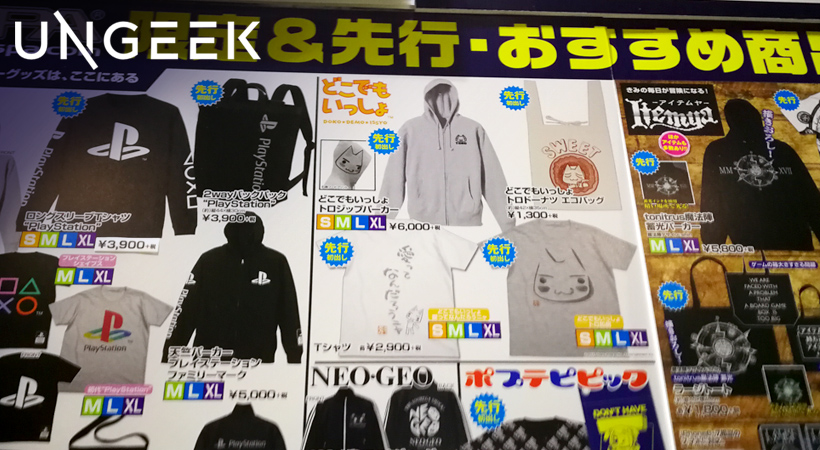 A couple of steps back is plushie heaven where Mario, Kirby and Pokemon plushies are sprawled for con goers to nab! 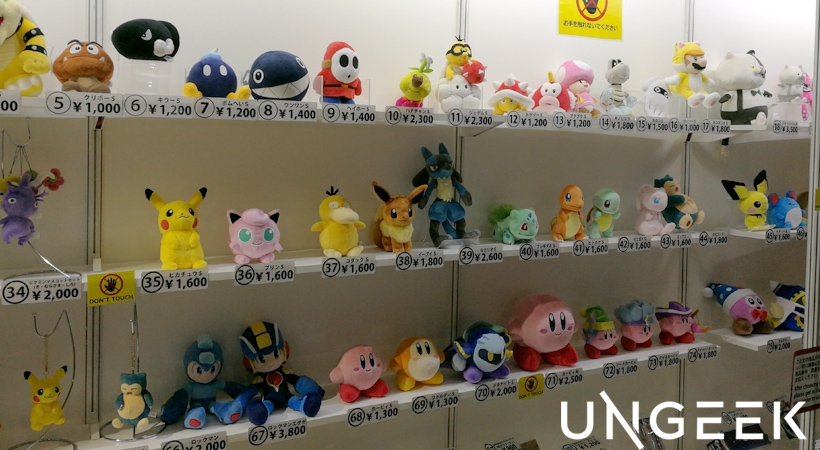 Moving towards Hall 10, the Square Enix booths dominate that whole section of the con. The Square Shop showcases future PlayArts Kai toys as well as some “TGS-exclusive” merch.  While the booth layout is interesting, the items up for sale didn’t interest me as much as the stuff that we found in the Square Enix Café down by Akihabara. [Protip: PlayArts Kai figures are actually cheaper here in the Philippines than in Japan. Resist the urge to buy at all cost.] 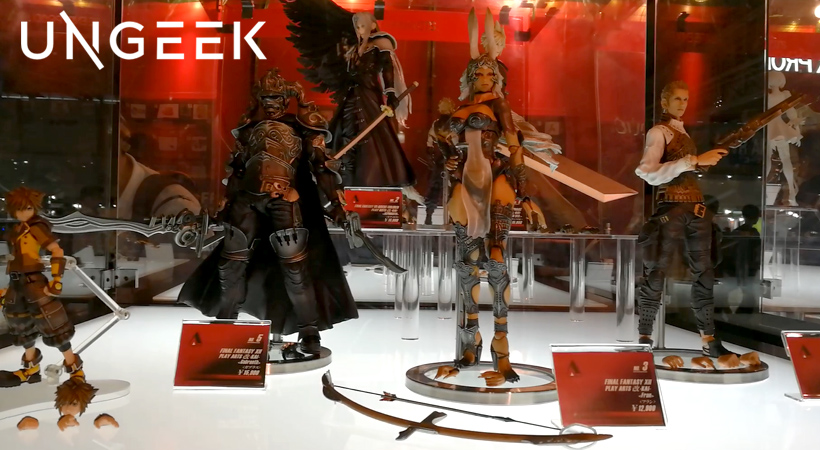 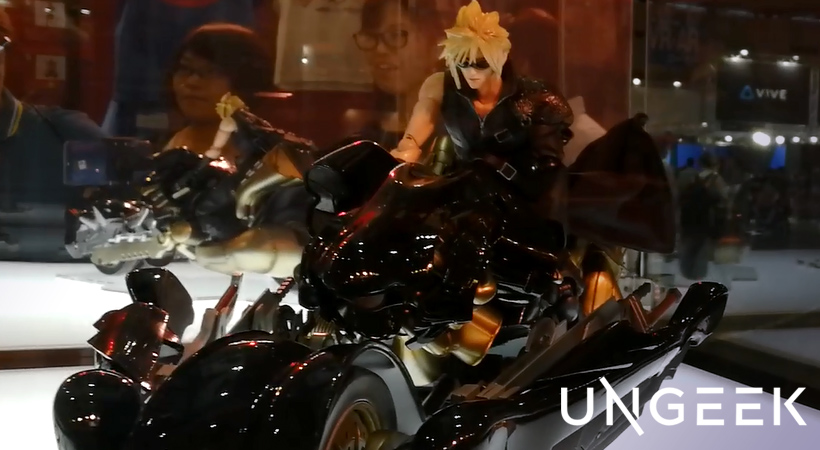 The Square Music booth is once again propped up right beside the main Square Store and updated their selection with more IP soundtrack. Heck, they even released a signed Nier Automata Vinyl which people have been buying a lot of. I didn’t get the vinyl, but I did get something else from them. 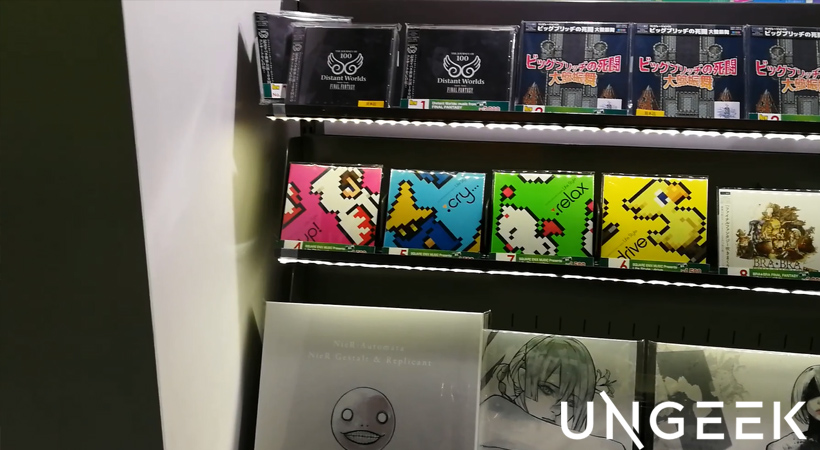 Sega’s booth layout is pretty much the same as last year’s show. You queue up around the booth, pick your order via an order sheet and pay up at the counter. The display is massive spanning titles from Sonic, Puyo-Puyo, Yakuza and PERSONA! 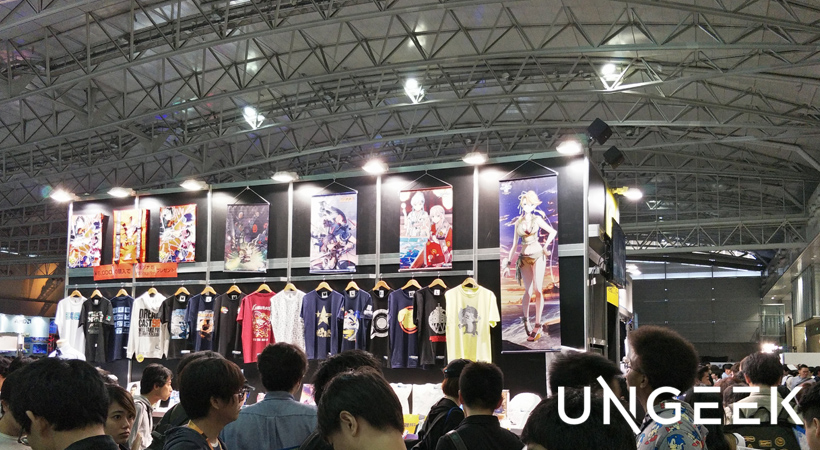 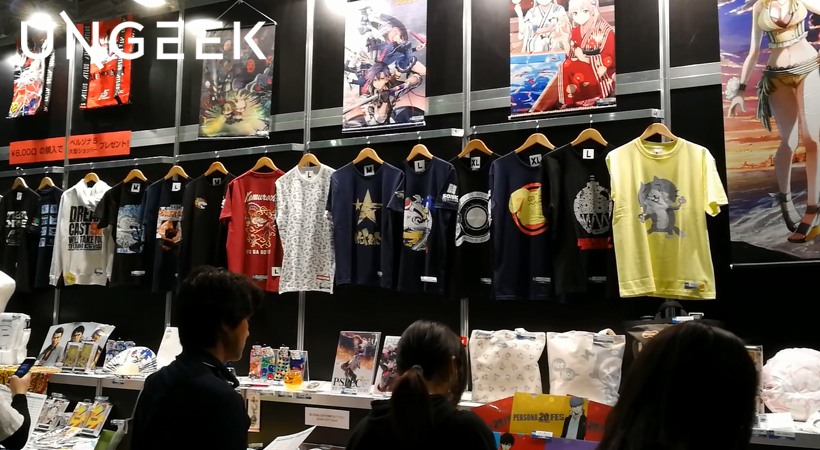 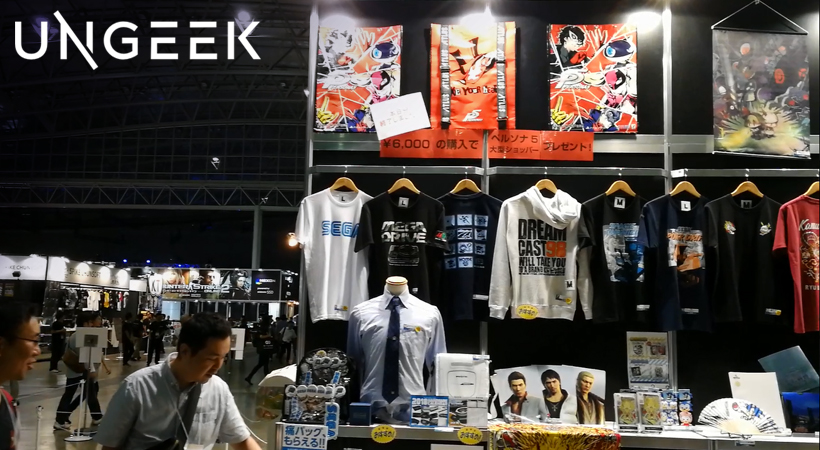 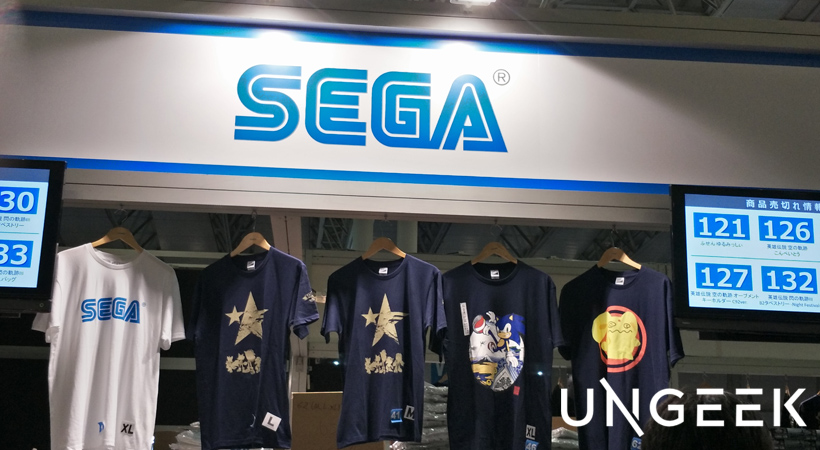 Capcom’s booth, I felt, is a tad bit smaller this time around but they offered a bunch of cool items as well and they did offer a few new and exclusive merch, so we forgive you Capcom. :p While Resident Evil 7 is one of the booth’s focus, the clear winner for their merch booth is, to no one’s surprise, Monster Hunter — especially with the promotion of its upcoming title, Monster Hunter World. The marketing machine in Capcom churned out as much MHW and MH- related merch including but not limited to… 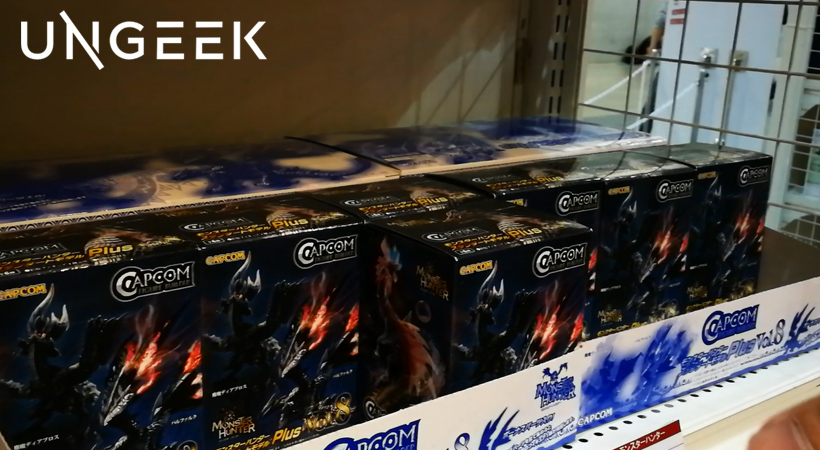 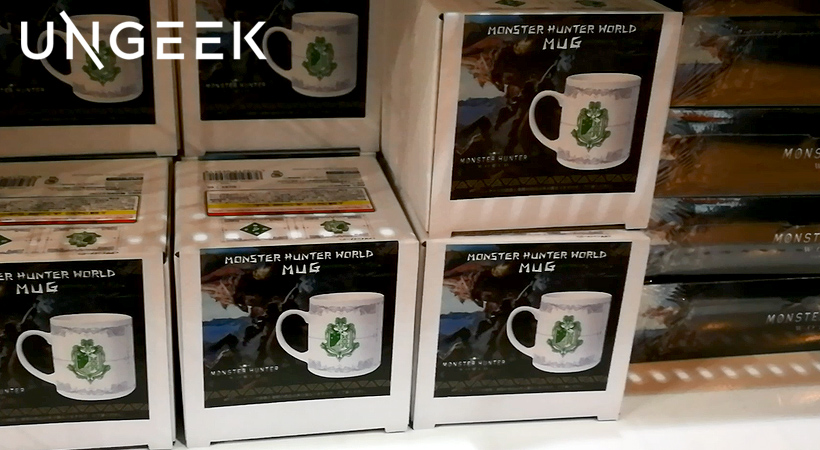 Heck, there are even MONSTER HUNTER COOKIES up for grabs! There are, of course, more merch and IP’s like Street Fighter (obviously) and Capcom’s Blue Bomber, Megaman! 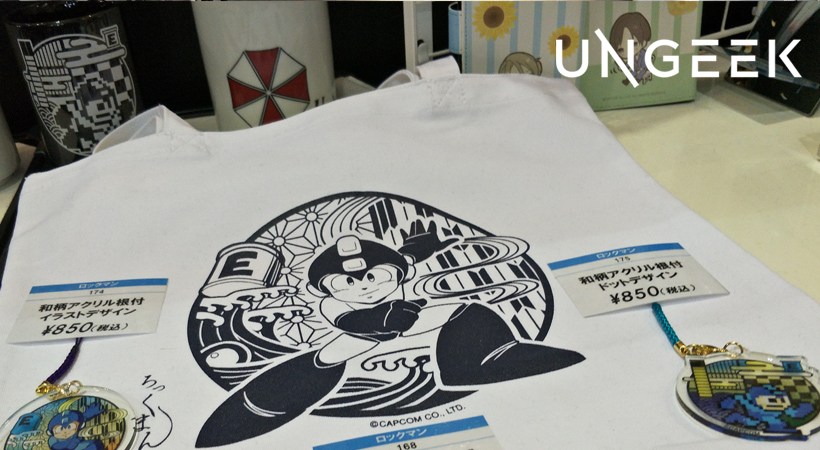 There are more stores towards the edges like the MineCraft Store that also have a bunch of Overwatch and eSports-related merch up for grabs. 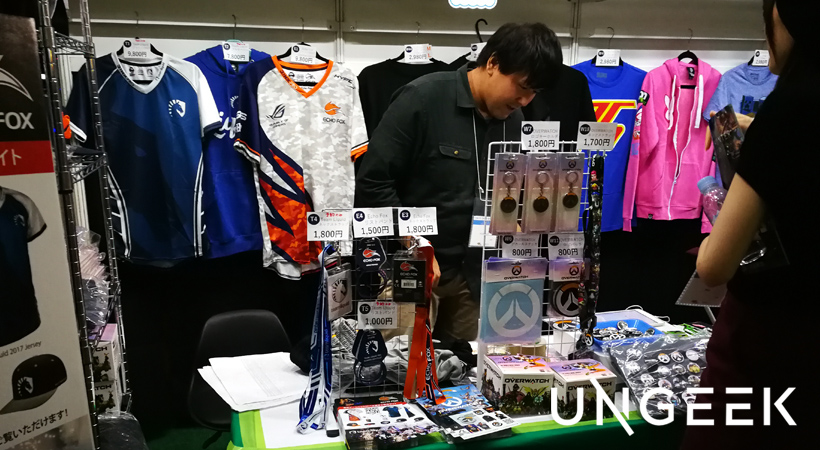 Video game character cellphone cases can also be seen around the merch booths sold by various vendors but nothing screams premium than the Kojima Productions X GILD Design hardened aluminium alloy cases. All of which comes at a hefty price (around 6k Php). 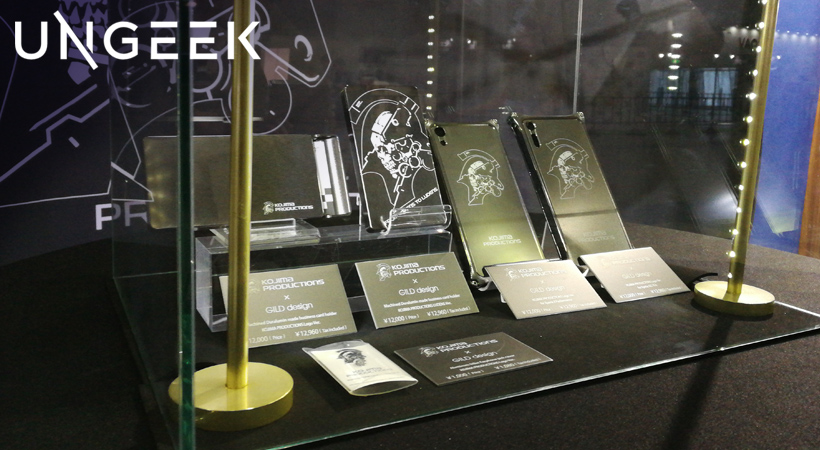 For those who want to leave Tokyo Game Show with unique memorabilias, there are a couple of TGS merch booths located within the entire con area –one of which is in the main Merch hall. They offer the usual mugs, keychains and small-item products but what caught our eyes are the beach towels and the various shirts you can purchase. The collab work of Tokyo Otaku Mode and TGS is particularly interesting and worth the purchase.

If you’re planning on hitting up Tokyo Game Show next year (and if you have the means, you definitely should), be sure to check the Merch area FIRST as stocks run out extremely fast.

If you want to make sure that you don’t overspend, we suggest bringing a debit card of sorts (since you’re assured you won’t overspend your limit) like PayMaya. Do take note that there are some stores that will not allow you to swipe your card if you’re purchase is below 5000 yen and some stores only accept cash (we initially got denied from purchasing at the main TGS merch booth). 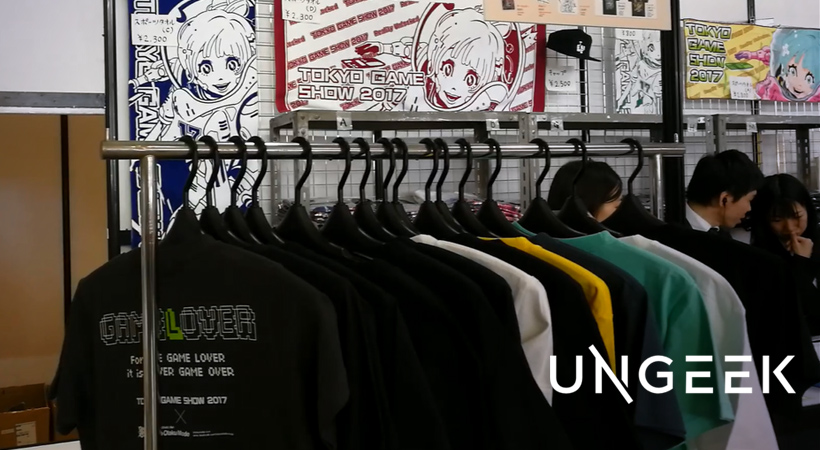 The great thing about PayMaya is, if you link your card and app and got your account verified, you can use your card as an ATM as well.

We’re currently running a promo courtesy of PayMaya wherein EVERYTHING that we bought in Tokyo Game Show 2017 via PayMaya we raffle it off to you. So, it’s your guess which among these pretty things we bought would probably end up in your possession. We’re picking 10 winners so who knows, that could be very well be you!

For more info on our promo check our related article about it HERE.