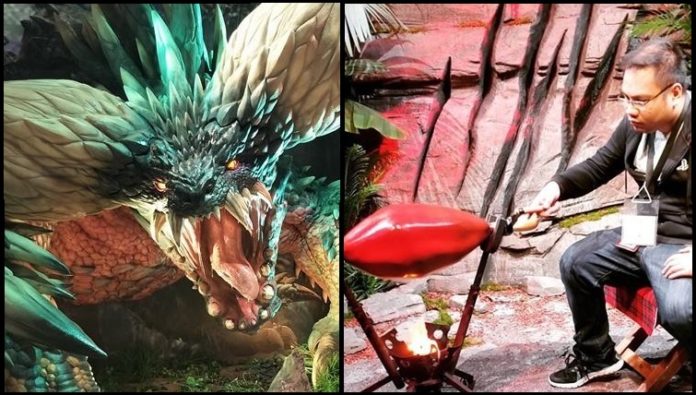 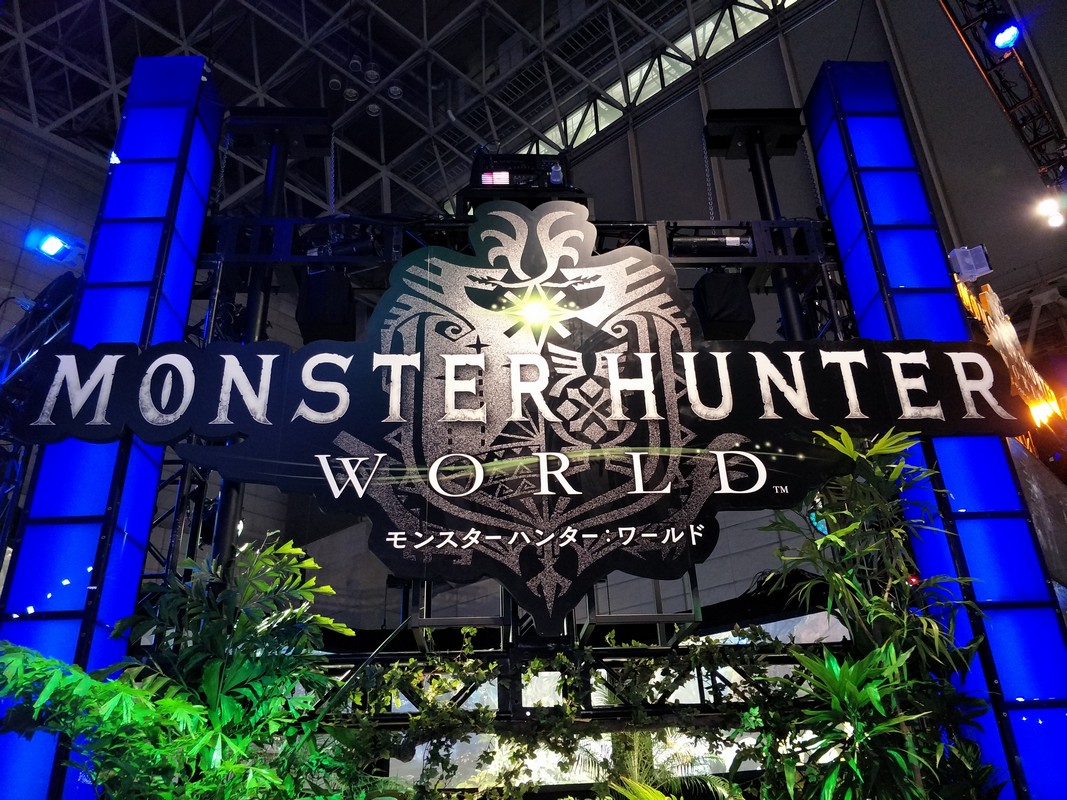 One of the best presentations to come out of Tokyo Game Show 2017 was from Capcom’s upcoming Monster Hunter World game. I mean, just take a look at this beast! 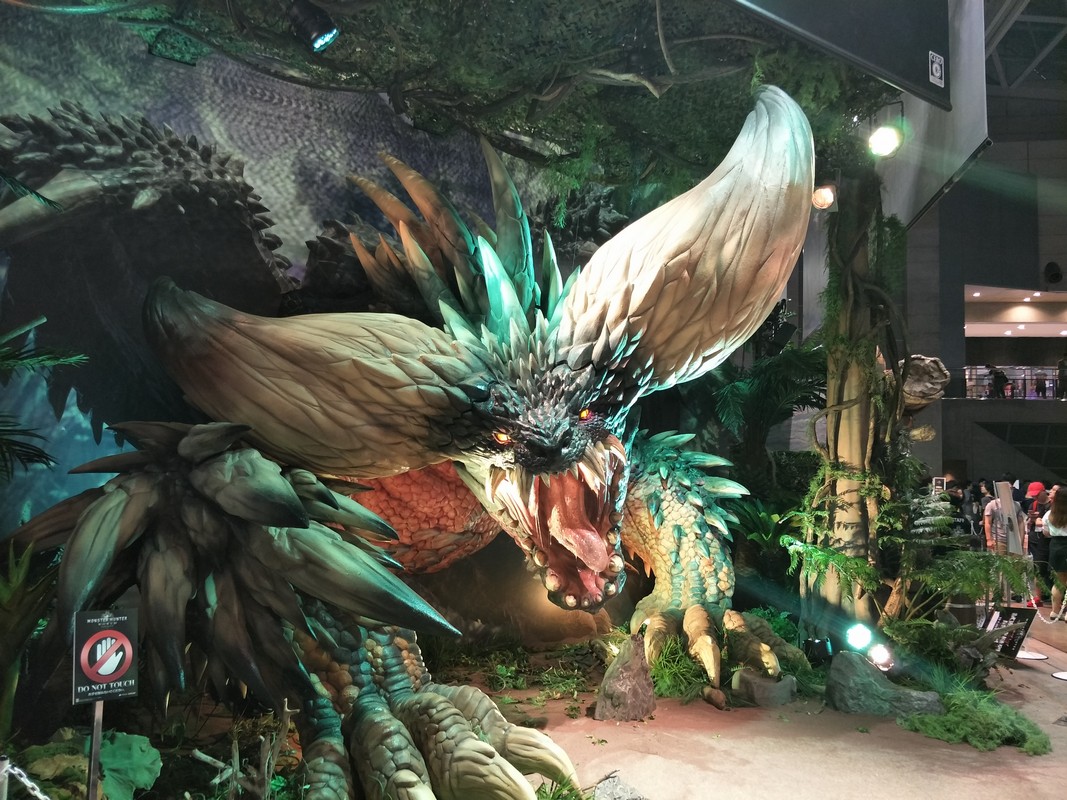 That’s the game’s flagship monster, Nerurigigantei (Japanese name) in all its terryfying glory! 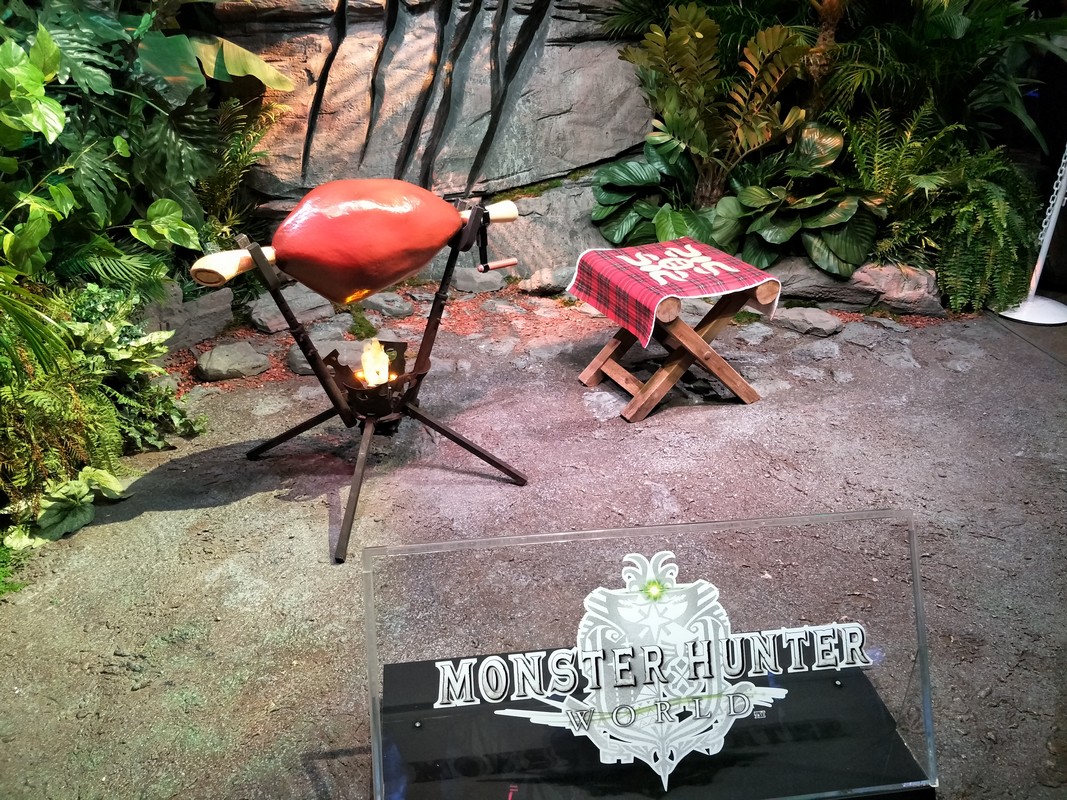 Over at the PlayStation section, there is also a separate section devoted to Monster Hunter. To be more specific, there’s a barbecue spit where you can do photo ops. 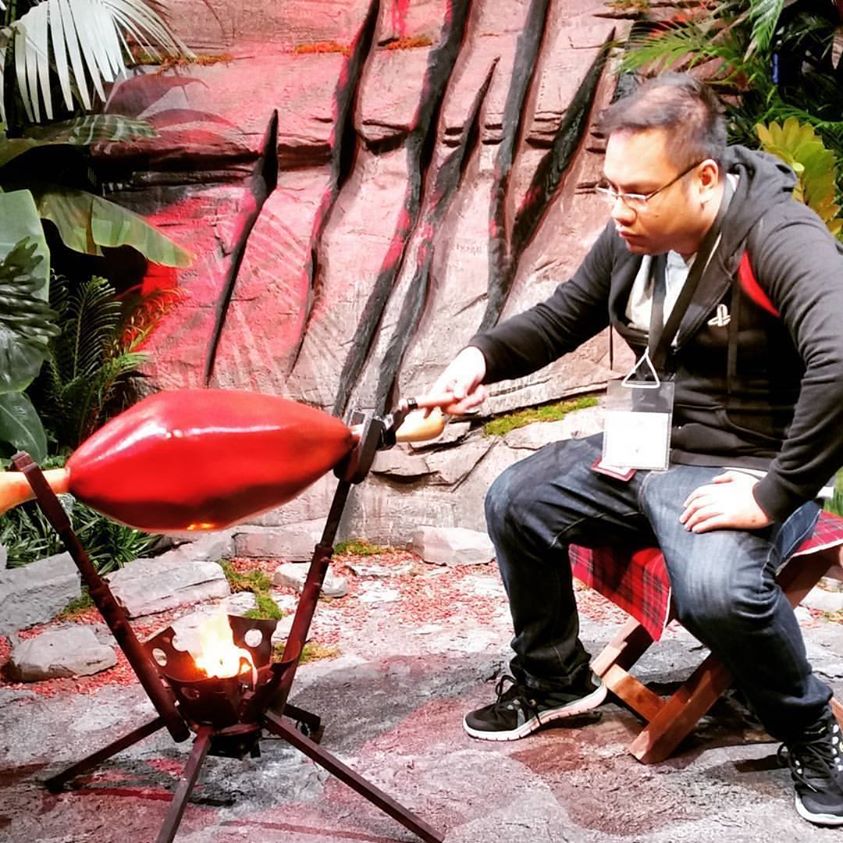 Cue in cooking music. (Thanks to Chad over at Reimaru Files for the image) 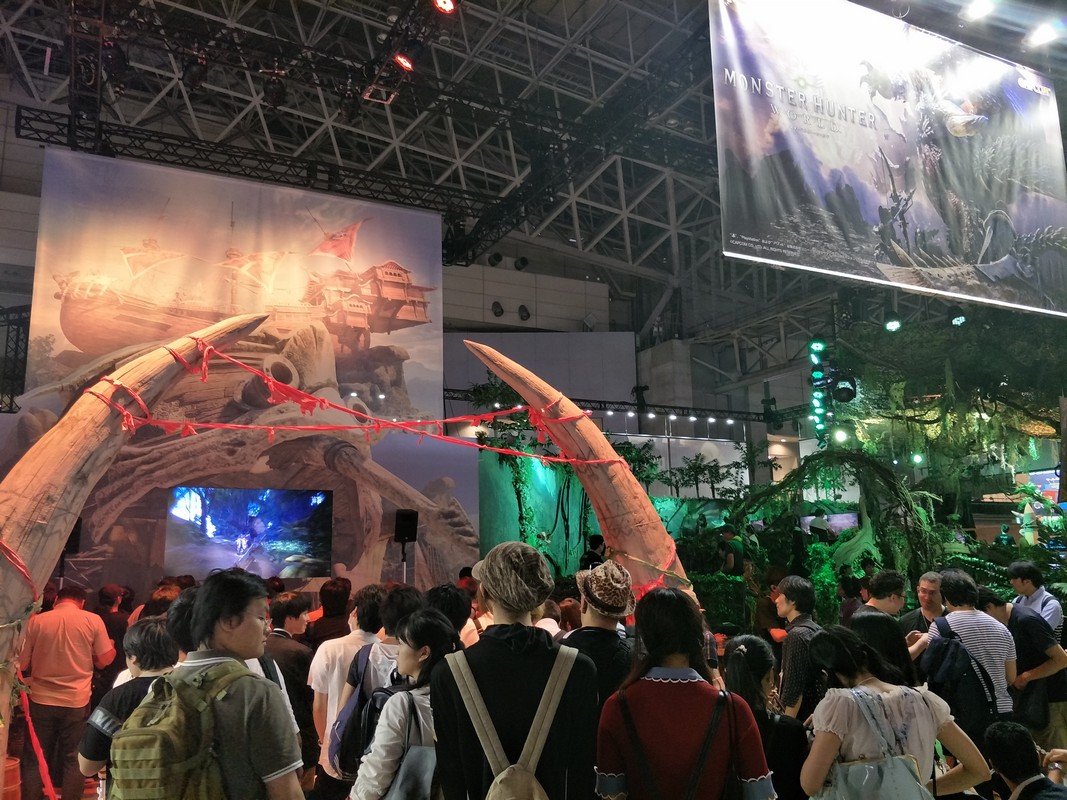 The area really attracted a lot of fans and curious on-looker’s, as the line never seems to end. They really want to play the game. 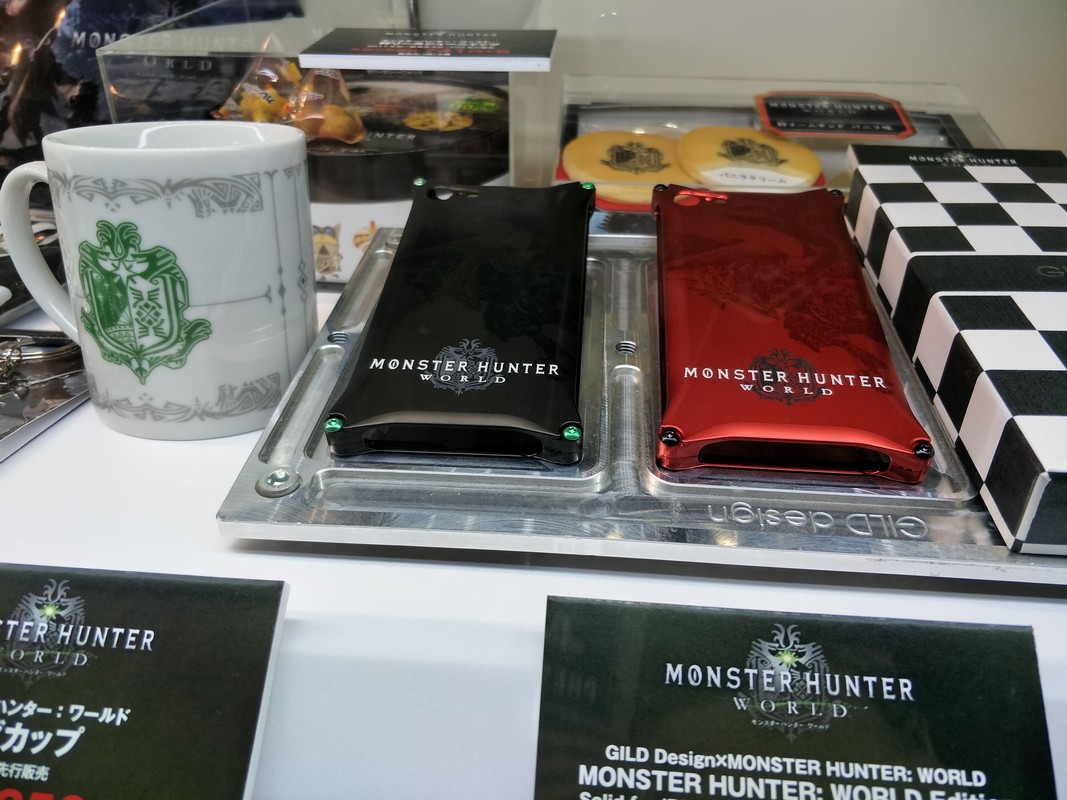 Additionally, here are some of the merchandise being showcased at the event. 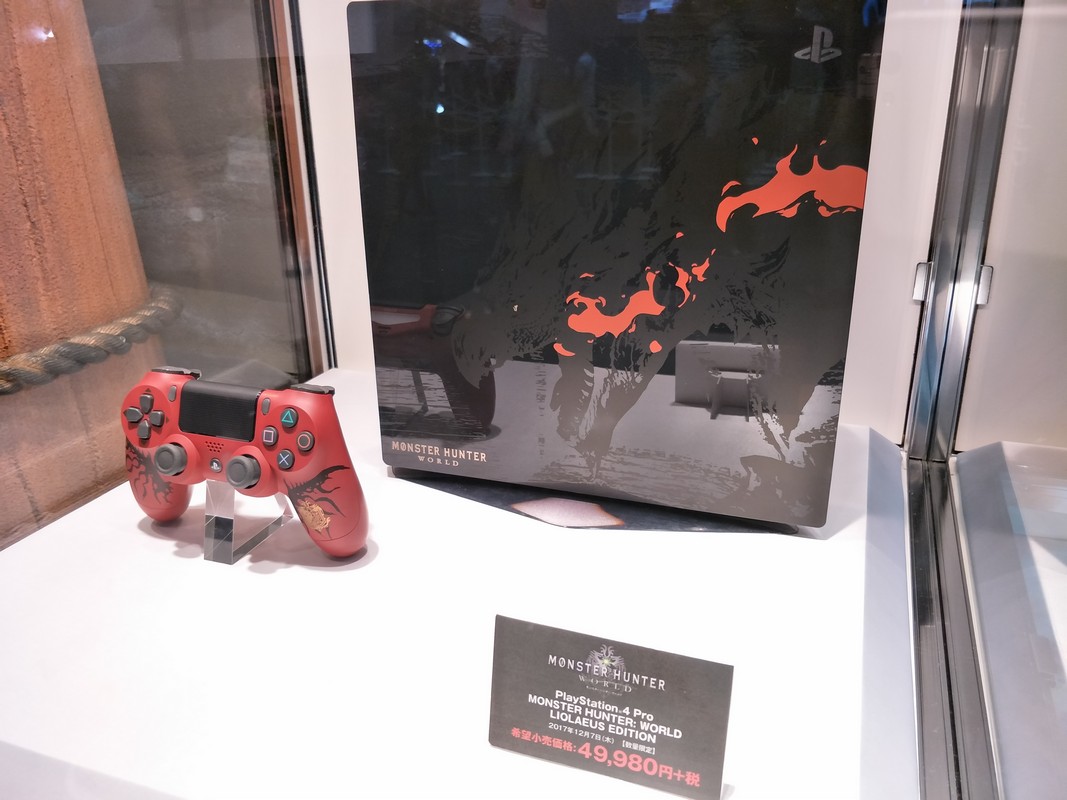 They even displayed the upcoming PS4 exclusive console that’s rolling out in Japan this December. 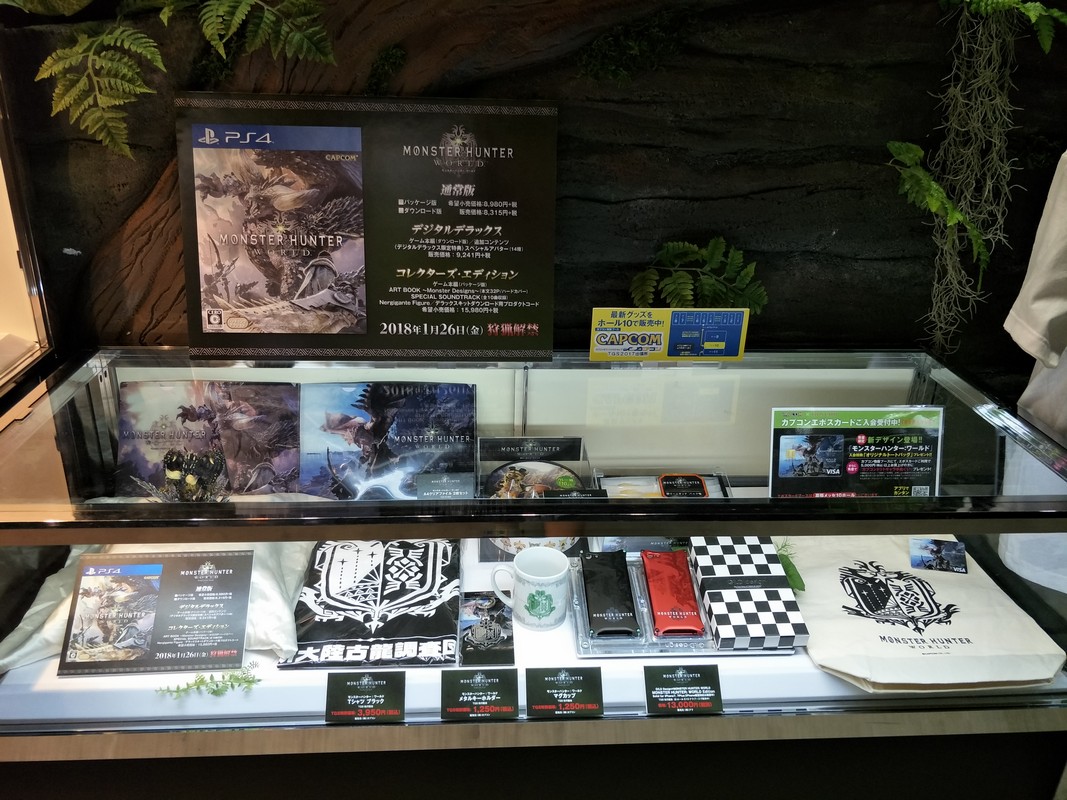 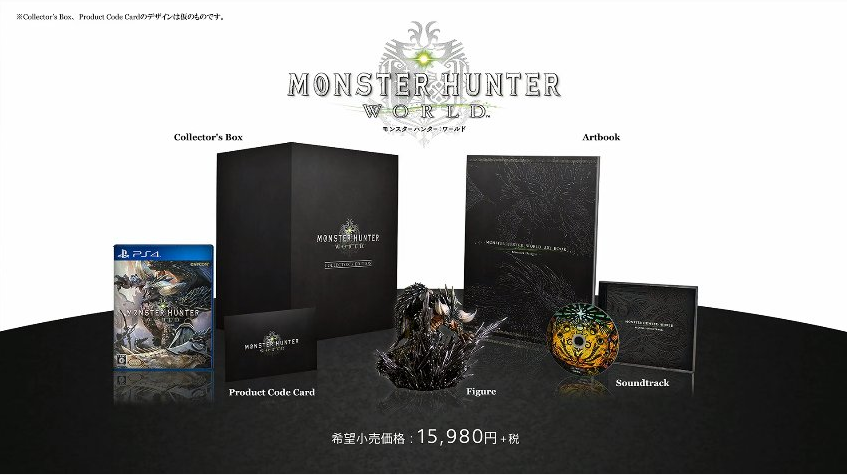 Now I’m really hyped to get this game when it releases on January 26, 2018, enough that I might consider getting that shiny new collector’s edition.