Your WiFi can go through concrete with this ASUS Router! 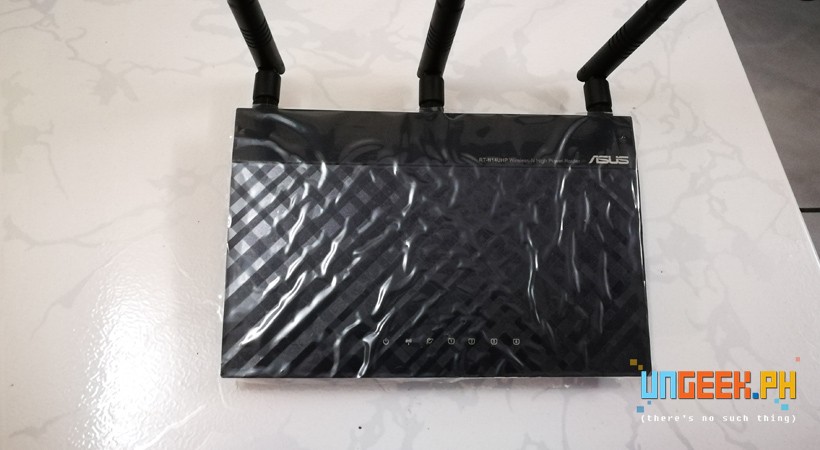 In our adult lives, we’ve all come across WiFi’s natural enemy – concrete walls. The Asus RT-N14UHP Wireless-N300 High Powered Router breaks that convention with its massive  9dBi antenna, providing a huge boost to the WiFi signal range. Fast internet connection is useless if you can’t actually get to it from the comfort of your bedroom, or comfort room, or game room, or whatever room you may have.

By golly, the antenna on this thing is just massive. It isn’t as intimidating as Asus’ ROG wifi routers, but this one is sleek but domineering, almost to the point of being over the top. But it does serve a function. The 38cm antenna provides the router with incredible power and range. The only downside is that the antenna is quite heavy so I had to weigh the router down with these two cute pot-clips.

Testing the router’s claim of massive WiFi coverage in a highly unscientific but awesome way, here’s a quick diagram of our house. Our walls are mostly wood, but the gray line is a concrete wall, behind which is my brother’s bed room, tuck away from the sights and sounds of the world. The red box represents our router’s placement.

Impressive realistically rendered diagram coming up in a bit.

Okay, so I can’t draw for sheeps (sanitized for our young viewers, we’re conscientious like that), but you get the idea.

Using our old router, the WiFi signal only reaches the until the yellow curve. Hence, my brother behind the concrete wall had to use this icky WiFi extender to boost the range to his bedroom. 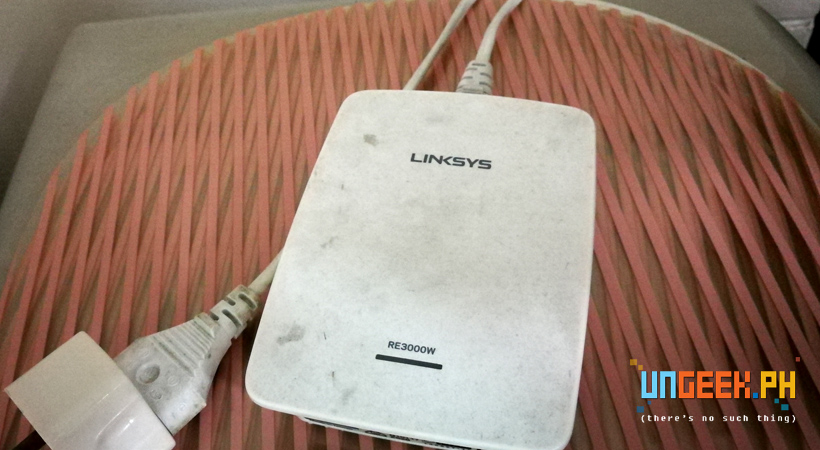 With the Asus RT-N14UHP, the wifi range effectively goes all the way even to the furthest corner of his concrete bedroom (why am I making it sound like he lives in a prison?). I was able to play a YouTube video with 2/5ths WiFi bars at said corner with very rare problems.

Ease of use and features

The last thing I want to talk about is how EASY it was to set this up. Back in the day, you’d have to get a network expert to set-up your home network. With the ASUS RT-N14UHP Wireless-N300 High Powered Router , and literally just a few clicks, every corner of our house got WiFi.

It’s also worthwhile to mention the slew of awesome features the router comes with. Apart from your usual router features, you can easily manage traffic with its Quality of Service, ensuring that you can download without your online games suffering from lag. The QoS helps you prioritize certain activity over the other (and if you want to, restrict other people from hogging all the bandwidth). 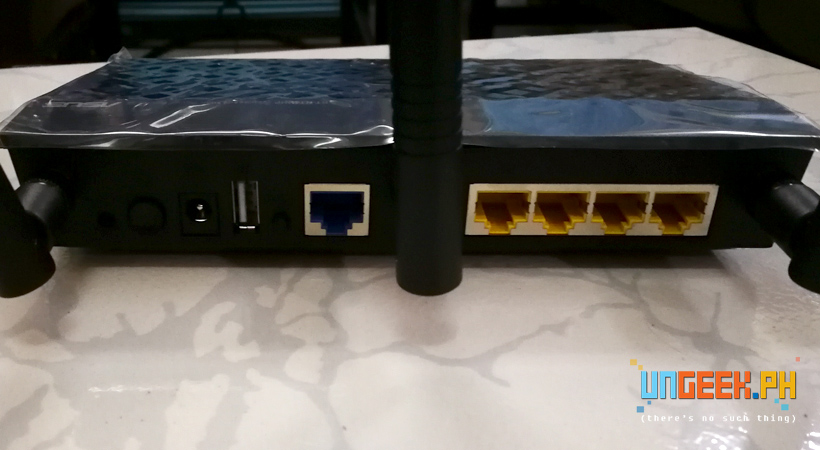 One of the best features, in my opinion, is its USB port. With it, you can attach a USB device (in this case, an external HDD) to act as a network-shared storage. You can even set up a network printer, or even use your phone’s 3G/4G capability to act as an internet source by simply attaching your phone to the router via USB.

The second is its AiCloud 2.0 application. With it, you can connect to your home network even outside of your home as long as you have an internet connection.  There used to be a vulnerability issue with the older AiCloud but it seems ASUS has patched that out. It’s a bit technical on how to set-up, and I still highly suggest doing some heavy research before enabling this feature though, for security purposes. 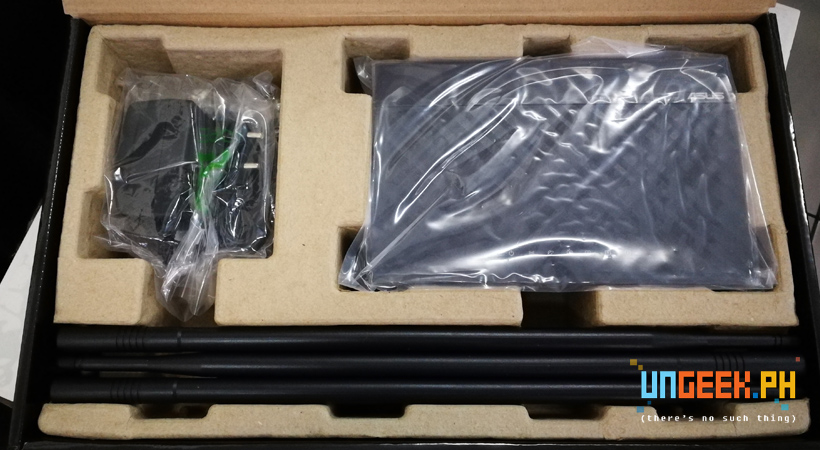 So there! Personally, I love this router. Even excluding its built-in features, it solves the concrete (heh) problem in our house. Not to mention it looks great, if a bit daunting. I reckon my brother will lose sleep from streaming videos and playing games on his mobile phone tonight. 😀

- Advertisement -
Previous article
From Cosplay to Crossplay, a quick chat with APCC 2017 Gender-bender cosplayer Jin (BehindInfinity)!
Next article
Is a New Rurouni Kenshin / Samurai X Movie in the Works!?