Cosplay Mania 2017 definitely brought us some of the best cosplays in the metro! 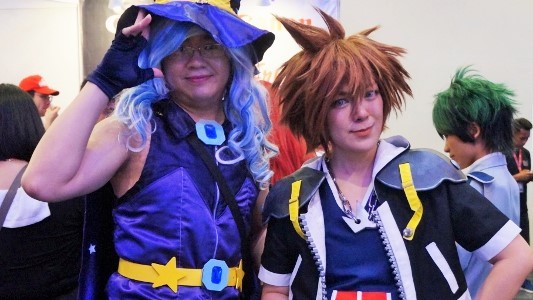 Cosplay Mania is one of the most popular cosplay-oriented gatherings here in the Philippines, and without a doubt this year’s event drew the best cosplayers in the metro to the SMX Convention Center! Want to see what went down this year? Let’s go on a quick photo tour of Day 1!

Since I was still in a cosplay fever after APCC and Toycon PH, I decided to drop by the event… in full Equestria Girl regalia! With the My Little Pony movie scheduled that same week, I magi-changed into one of my favorite cosplays – The Great and Powerful Trixie Lulamoon from the My Little Pony Equestria Girls movies. Now I was ready to hit the convention floor!

From the get-go, there were so many colorful and talented cosplays that can be seen roaming the halls. There were fan favorites like Love Live and Cardcaptor Sakura, and there were also some from well-known universes like Marvel and Overwatch. So much talent crowded into so small a space! Just check out some of my favorites from that day – you can definitely see how dedicated the fans are to the art of the dress!

One of the things that completed my Cosplay Mania experience was when I stopped by the Canon photo booth. The good folks over at Canon offered attendees free pics posing with two giant Pikachu plushies, and naturally I had to get my photos done. It’s free prints, after all! 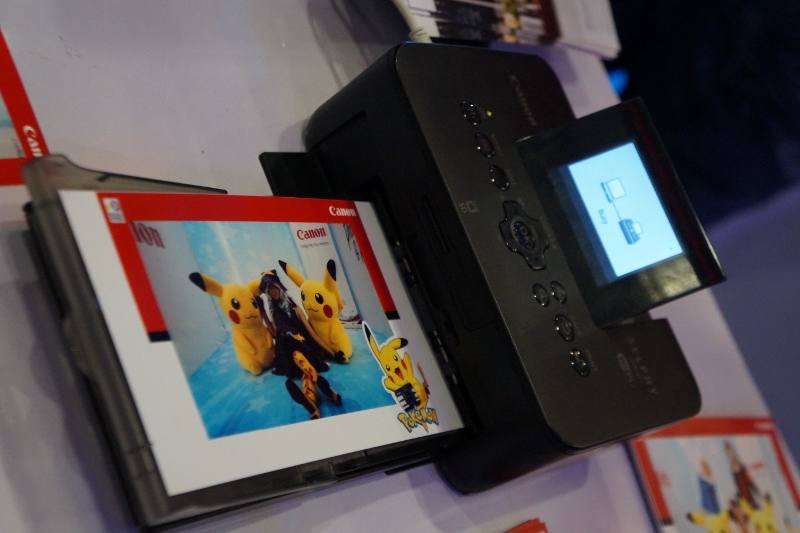 Much to my surprise and happiness, I also found the talented and amazing Jin (BehindInfinity) at the Canon booth! I had the once-in-a-blue-moon chance of doing a short interview with her before, so I just had to stop by and say hi. This time, we talked shop a bit (she liked my Trixie Lulamoon outfit!), took a pic, and traded cards. It was a short but definitely memorable experience!

Speaking of memorable experiences, I also had the privilege of being able to join the Cosplay Solo Showdown contest this year. I’ve joined a number of contests before when I cosplayed in the US, but I had no idea that the Philippine cosplayers were this competitive! Every contestant was super-talented not only in their craftsmanship skills but also in their stage performances! The crowning jewel of the night was the Dragonball Super group cosplay performance – it’s every bit of Dragonball you can expect! Just check out this video and see for yourself!

Of course, there’s a whole lot more to Cosplay Mania than just that! There’s more cosplay, there’s toys, and there’s also the passion one can feel only within the hallowed convention halls! It would be so much more easier for me to show you, so check out this gallery and see the awesomeness for yourself!https://web.facebook.com/AnimePH/videos/1575769159146275/

Cosplay Mania 2017 was such an amazing experience for me, and that was all in just a span of a few hours on Day 1! It may have been LineCon or PilaMania outside that day, but inside it was truly a cosplay experience to be had! Here’s looking forward to next year’s event, and hopefully we’ll see each other there!

- Advertisement -
Previous article
SUPER SALE! 32% Off on PS VR and 24% Off on PS4/VR Bundle at the Play Everything Roadshow!
Next article
My Little Pony: The Movie has finally arrived!