From Cosplay to Crossplay, a quick chat with APCC 2017 Gender-bender cosplayer Jin (BehindInfinity)! 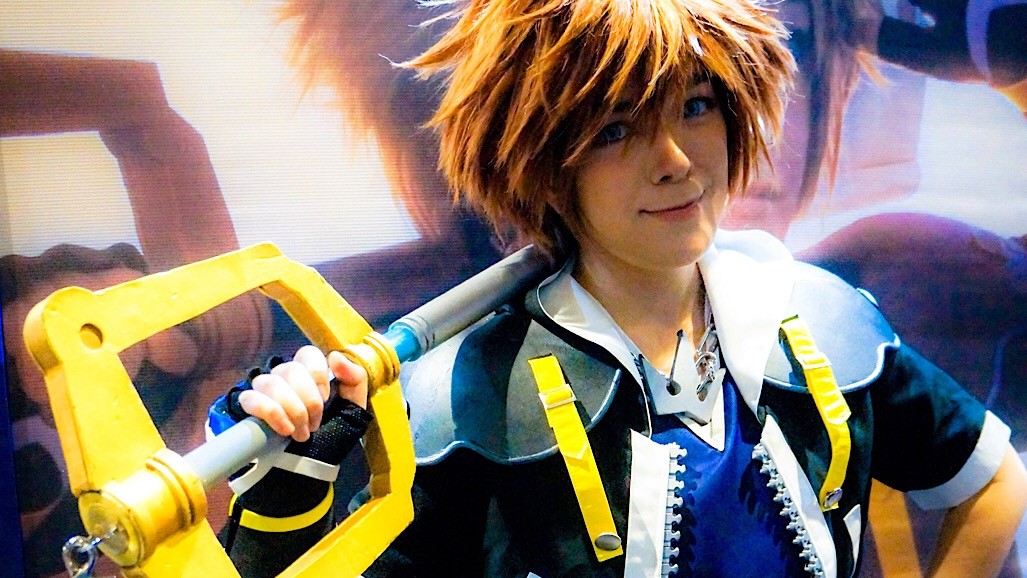 AsiaPOP Comicon is one of the, if not THE, largest pop culture events this side of Southeast Asia, and even now I am still so exhilarated over having been a part of the colossal event! There were massive and engrossing exhibits, a star-studded list of celebrity guests, glorious merch, and an awesome array of talented and colorful cosplayers!

This year’s APCC was all the more special to me, as I had a chance to talk to one of the local industry’s celebrated cosplay guests, Jin (BehindInfinity)! Jin is an extremely talented cosplayer who is well-known for spot-on renditions of characters from Disney (Hiro Hamada from Big Hero 6), Final Fantasy, Kingdom Hearts and other notable series. But even more extraordinary in my point of view is that Jin is a gender-bending crossplayer!

That’s right – Jin is a girl who portrays guy characters so accurately that at first glance you would think she’s just a really young kid! It takes a lot more than just technical skill and makeup to pull off a good crossplay – it takes research, dedication, and guts to successfully personify a character of the opposite gender. I should know, since I do crossplay almost all the time myself.

Since crossplaying is a topic that’s very close to my heart, I just had to ask Jin for her two cents’ worth on the subject. Here’s what she had to say:

Ki-chan (K): One thing I wanted to ask today was crossplaying. Can you share your thoughts on it?

J: I appreciate that people are getting into crossplay, because it means that they’re not letting gender get in the way of appreciating a character or wanting to show that appreciation for such a public and community-based hobby such as cosplay. And I like that it encourages us to challenge ourselves to look like a completely different person.

K: I know. It’s challenging. Look at me, like a girl today. [laughs]

J: [laughs] And even the mannerisms, you kinda have to learn them so that it adds the extra fun, the extra “play” in cosplay.

It’s really quite a shame that I had only a very short time to chat with her. There are still so many questions that I wanted to ask her, not just about crossplaying but also about everything under the cosplay sun! However, she did impart this sage bit of advice before we parted ways:

“… do what feels right for yourself and not worry too much about what other people are going to think or say. I think a lot of people limit themselves because they’re scared of getting criticism, but I feel like you could miss out on some really good opportunities or memories or friendships you could have made if you don’t take that chance. I’ve been cosplaying for a while and I’ve had my share of bad stuff thrown my way, but to be honest it doesn’t have to affect you – if you surround yourself with good people, stuff like that is not going to matter. I hope everyone can just be brave and do what they want.”

And that’s it in a nutshell! My time with Jin during APCC may have been short, but it left me with such a feeling of empowerment and confidence in my unique craft! I will be coming up with more features here at UnGeek.PH about crossplaying and the art of cosplay in general, so if you’re interested in the topic make sure to subscribe and stay tuned! Meanwhile, if you want to get your fix of even more amazing APCC cosplays, check out my APCC Cosplay Walkthrough and the UnGeek coverage of the CAGE Cosplay Contest!

- Advertisement -
Previous article
Has the Deadliest Sin been Decided?! | Seven Deadly Sins Manga Ch.233 Discussion
Next article
Your WiFi can go through concrete with this ASUS Router!