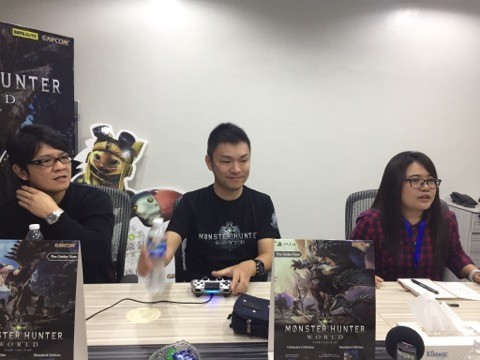 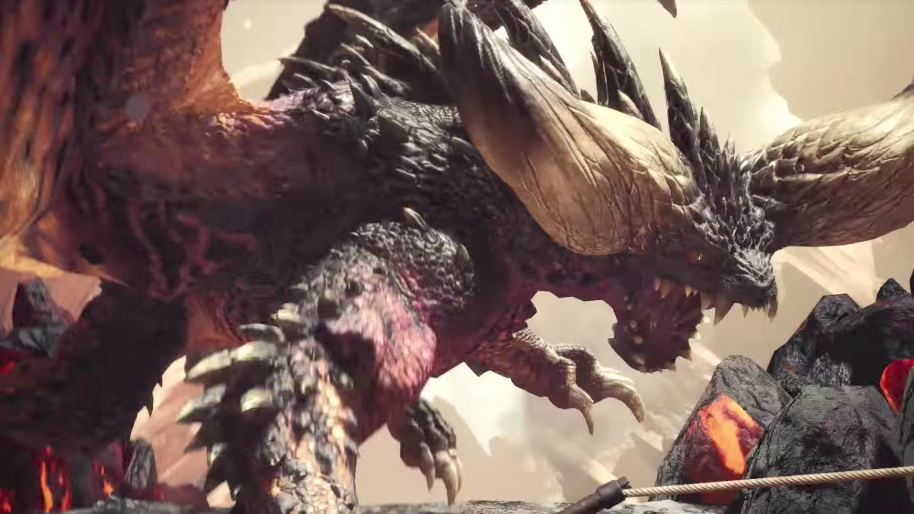 Greetings hunters! This is PART 2 of our exclusive coverage for Monster Hunter: World. For those of you who joined us just now, you might want to use a Farcaster and check out the first part of our feature here, where the developers Ryozo Tsujimoto and Yuya Tokuda demo and talk about the upcoming game! 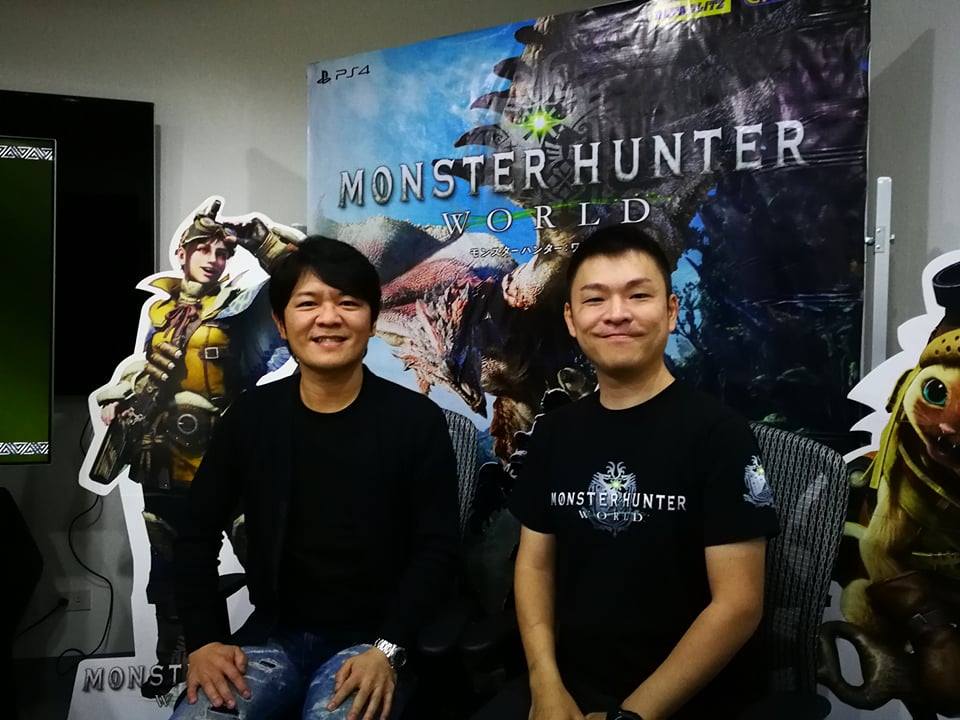 Still with us? Good! Now here’s our exclusive interview with Ryozo and Yuya. We had a 20-minute sit down with the devs and made sure to ask all the hard hitting questions (like the long-standing Poogie the Pig rumor) so you don’t have to! Enjoy!

Yuya: When designing a main monster, we first have todecide on a concept. In the field as you can see, there are a lot of monsters that you get to fight against. When creating, we want the players to have this feeling of a great sense of accomplishment after you beat it. That is one of the aspects in deciding in making that monster. Second is that, we need to solidify the main idea of the story and how the monster (Nergigante) fits into it, before we finally decide what to put.

In the demo video earlier there was a scene where the character was swimming. Will there be other areas to do the battle like will there be underwater fights or battles in the air?

Ryozo: The movement we saw earlier just demonstrates the act of moving, we will not be featuring underwater combat. This time around, we want the players to enjoy battles on the ground. 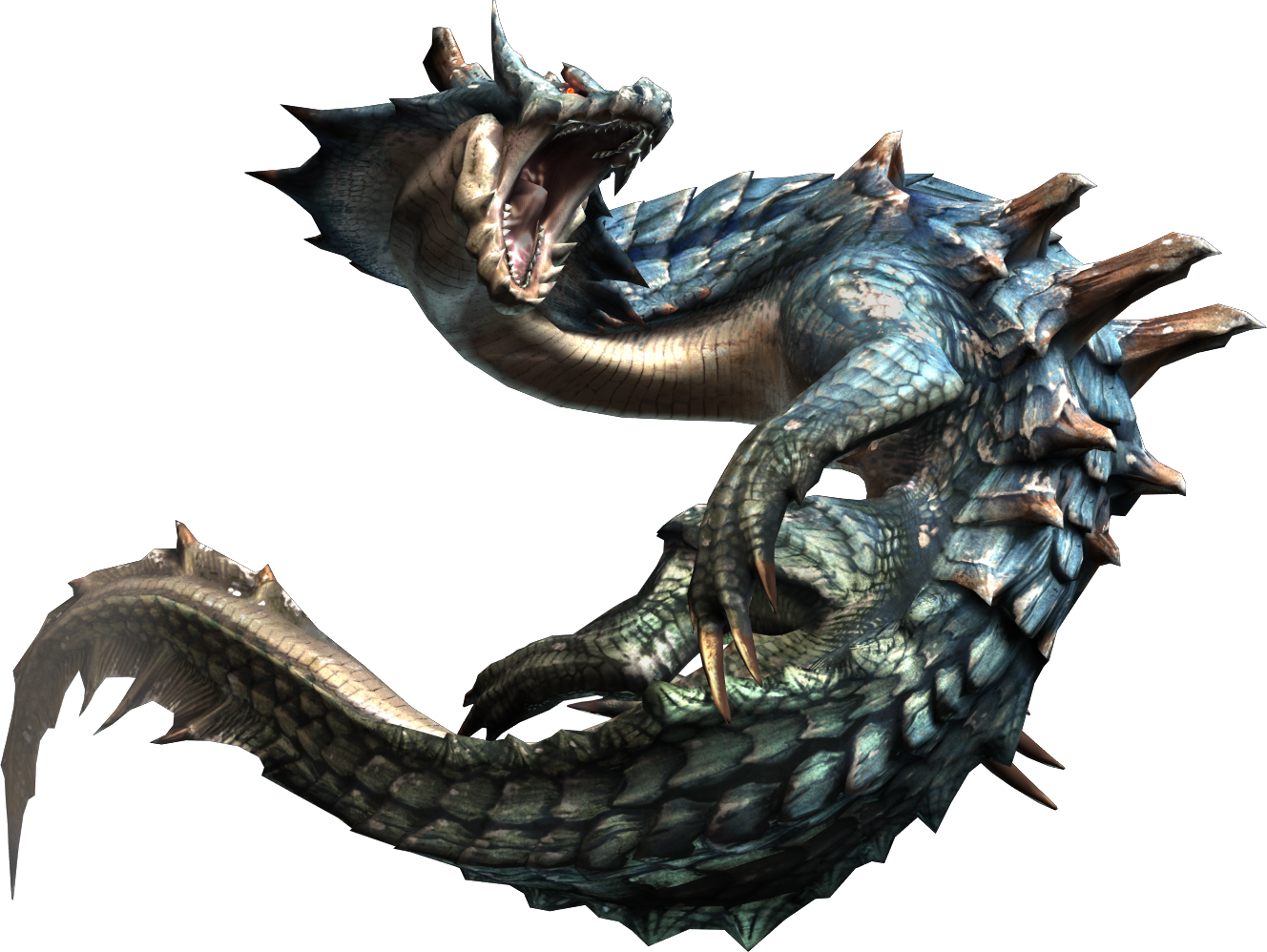 You guys have created some amazing monsters throughout the game’s 10 year history. What was the most challenging monster to develop?

Yuya: In Monster Hunter Tri, there’s this monster called Lagiacrus. It was difficult for us back then since we were just discovering the concepts of making a monster and having it fight underwater, not to mention that we were also making a flagship monster at the same time, so that proved to be the most challenging.

For the most part, Monster Hunter was mainly a handheld cooperative game. What made the decision to go back to consoles? Is it because there was a demand from the fans?

Yuya: This time around we decided to take advantage of the evolving technology that the console could offer. With this we were able to utilize and create a living world for the monster. A world that feels more alive. On top of that, we also received a lot of word from fans who would really love to play on consoles so catering to that, we listened to the voices of the fans.

In line with that question, do you have plans to
incorporate new technolgy like VR or motion controls in Monster Hunter: World?

Ryozo: As of now there are no plans. Our priority right is basically Monster Hunter so if ever we want to implement VR into Monster Hunter World we would need to think of a certain concept on what the players want to see or experience when using the VR system.

What new features have you added to the game that you think will appeal to both longtime fans and newcomers alike?

Ryozo: To start of, when it comes to movement, while giving concept to Monster Hunter World what they want is that for old and new players to fully enjoy the game. So in order to do that, first is that we have to explain the controls.

Yuya: For example in previous installments of Monster Hunter the “dash” button is situated on the shoulder buttons. In most games nowadays, dashing is implemented by pressing L3 (left analog stick). This time around, we made sure that both options are available so players can pick what they want. 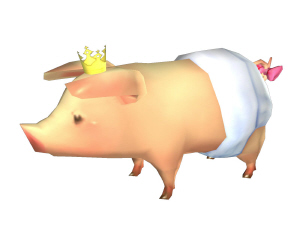 There’s a long standing rumor in the Monster Hunter community about a certain mascot called Poogie the Pig. It has been said by some gamers that if you pet the pig before a quest, chances are you will get better carves and rare items. Can you finally set the record straight if these rumors are true or not?

Ryozo: It is just a rumor.

Yuya: IT IS NOT TRUE.

As all of the fans know, recently Aloy from Horizon Zero Dawn is coming to Monster Hunter, which is pretty exciting. Can you comment on how the collaboration came about?

Ryozo: We were the ones who approached (Guerilla Games) and the reason behind this is because we believe that in this collaboration, it would give the gamers enjoyment. Upon pitching the idea, we received their heartful “OK” which built a really good relationship with them.

Ryozo: Thank you. We will be definitely coming to the Philippines again in the future.

Final question, what is your favorite Monster and weapon?

Yuya: Lagiacrus since it gave me a lot of memories. As for weapons, its either Dual-Blades or Great Sword.

And that concludes our exclusive coverage. Again we would like to extend our gratitude to Datablitz for making all of this happen!

Monster Hunter: World lashes out to the PlayStation 4 console next year, January 26, 2018!

Related: EXCLUSIVE! Monster Hunter World Devs Fly in to Share Their World to the PH!