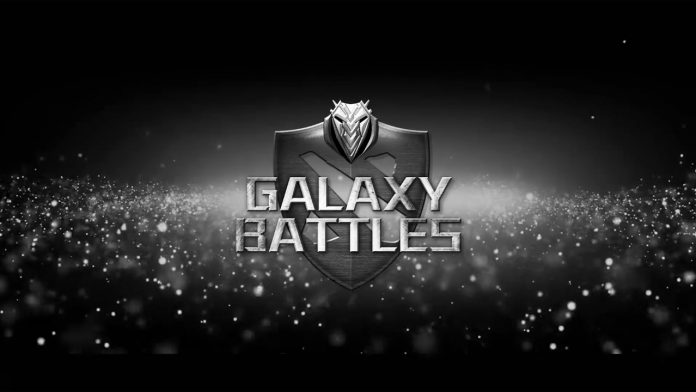 If you’re only waking up to the news now, the first supposed Dota 2 Major of 2018, to be held at the Philippine Arena come January 19-21, is no longer a Major tournament, or rather not part of the Dota Pro Circuit. This comes as HUGE news to both fans and teams alike who were looking forward to intense Dota 2 action in front the the most hype audience in the world. So what happened? 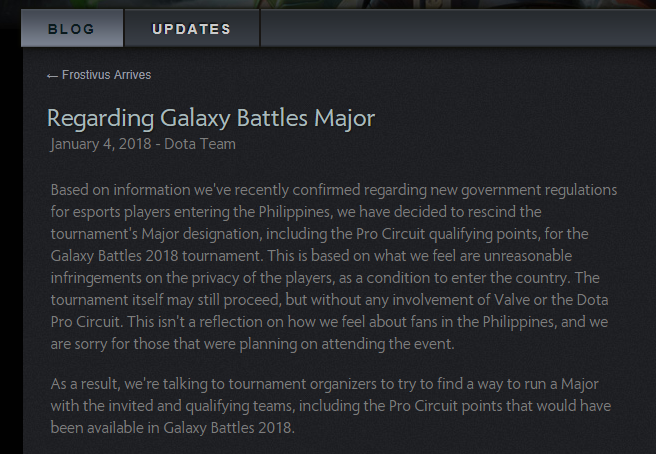 Earlier today, Valve released a statement stating that the Galaxy Battles Major, which comprised of the top teams of Dota 2 around the world battling it out for a prize pool of 1 Million Dollars, will no longer be considered a Major. What this means is that the tournament will and can still continue, but teams participating in the tournament will no longer earn qualifying points towards their TI8 goal. As mentioned by Valve – “This is based on what we feel are unreasonable infringements on the privacy of the players, as a condition to enter the country.”

The local authority on things such as these, the Games and Amusement Board or GAB, has recently provided athletic licenses to local professional talents which now associates e-sports as a legitimate sport in the country, inclusive of all the privileges and recognition allocated for professional athletes. While this means that it is a step in the right direction, all incoming e-sports events shall be subject to certain rules and regulations as well. The GAB has furnished an official statement regarding the matter, which you can see below: 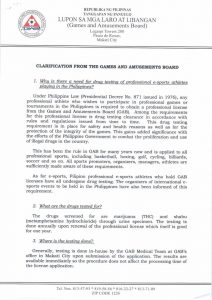 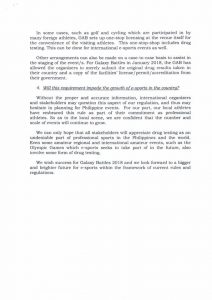 As per the announcement – “As for e-sports, Filipino professional e-sports athletes who hold GAB licenses have all undergone drug testing. The organizers of international e-sports events to be held in the Philippines have also been informed of this requirement.” This means also that all teams competing for e-sports events in the Philippines will have to undergo a certain drug test to meet the standards for professional athletes, which we will assume as what Valve was pertaining to when they mentioned “unreasonable infringements”.

While we don’t really want to point fingers on who is really at fault here, it is sad to see that one of the biggest e-sports events for 2018 receive such a huge setback. What does this mean for the players and the fans and the future of e-sports in the Philippines? We’ve come up with a quick list of immediate repercussions of this unfortunate event:

For whatever it is, we can only hope that the Geek industry doesn’t suffer greatly from this.

What are YOUR thoughts on the what happened? Do you agree with our thoughts or do you have another opinion on the matter? Let us know in the comments below.