The memes are the true winner of Galaxy Battles 2! 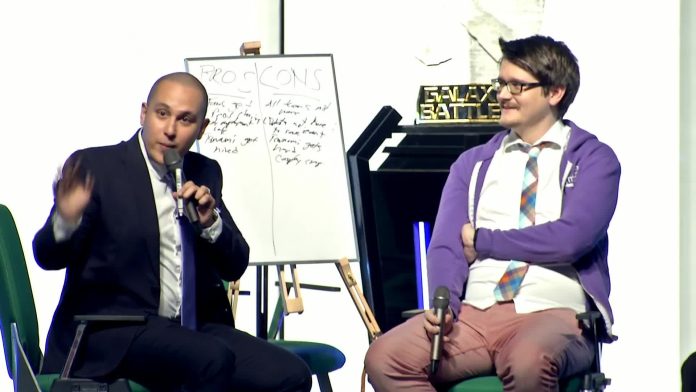 The much maligned Galaxy Battles 2, held just days ago over at the Philippine Arena, was capped by a historic finish due to 33,000 fans attending to see some of the best Dota 2 teams in the world fight for the championship and a prize pool of 500,000$. While it wasn’t all bells and whistles during the first 2 days, you cannot count out the Filipino passion for Dota 2 and it showed in a big way as Galaxy Battles turned all the bad publicity around and put a great show out for PH E-Sports fans.

In big part, host Eri Neeman was to thank for taking on such a challenge. It was his wit and humor that carried the event and it would be safe to say that without him, Galaxy Battles 2 would not have turned around all the issues pointed at them. Eri rocked the show with sarcasm, humor, and most of all, with memes that brought the house down!

Eri hosted a segment called Refund or Chance, basically letting the audience decide their fate as to whether they would get thei money back or win awesome prizes from the organizers and the sponsors. This was a great way to show the audience that the organizers are committed to putting on a good show for the people and Eri was very much game for what seemed like an embarrassing turn of events.

There was also the infamous whiteboard with the pros and cons, which Godz, Lacoste, Tsunami gladly obliged to talk about. One of the highlights of the pros and cons was the Riki cosplay, which showed an empty seat with a 10/10 Riki cosplay that was so spot on! There was also a moment where some PUBG sounds were playing in the background, clearly a nod to the Shanghai Major and the laser sounds that played back then.

DAB WAVE By Eri Neeman at the Galaxy BattlesThis guy needs to be in all esports events! share if you agree! Make sure to follow his channel at twitch.tv/erineeman

Eri also pulled support from the crowd as the ever amazing PH audience pulled off an amazing “Dab wave”, where instead of the usual wave, everyone would do a dab. If this isn’t a meme-worthy act, I certainly do not know what is! 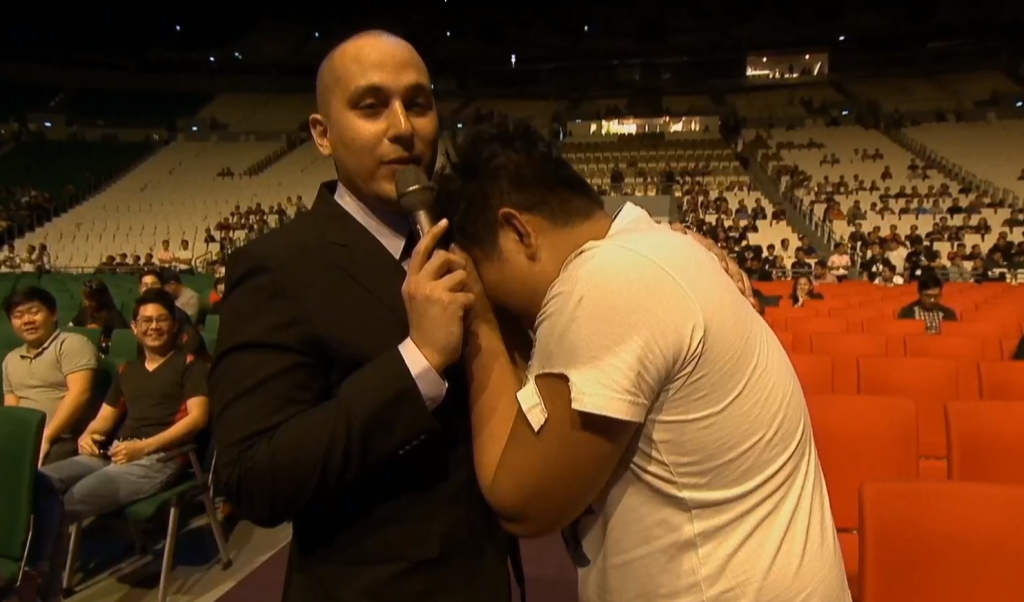 Lastly, there was a skit that hit quite a few nerves but Eri has made it clear that it was not meant to disrespect anyone. During the opening sequence of the tournament, an audience member with tattered clothes who looked really tired from walking. It turns out that the audience member walked to the Philippine Arena, stemming from the jokes that the venue was very inaccessible and far from public transportation. It was all done in good hearted jest, and the audience definitely agreed in laughter.

Everything considered, Galaxy Battles 2, while not the event many expected it to be, showed that the PH E-Sports scene is very much alive and kicking. 33,000 fans stormed to the arena to witness a non major event by Valve so you can only imagine how much larger it would have been if the Valve decision to rescind the Major did not happen. For now, we can only speculate, but as for the weekend that was, it would be safe to say that Galaxy Battles 2 was a undeniable success.