Secret of Mana PS4 Review | A once great game is now just good, and that’s not such a bad thing 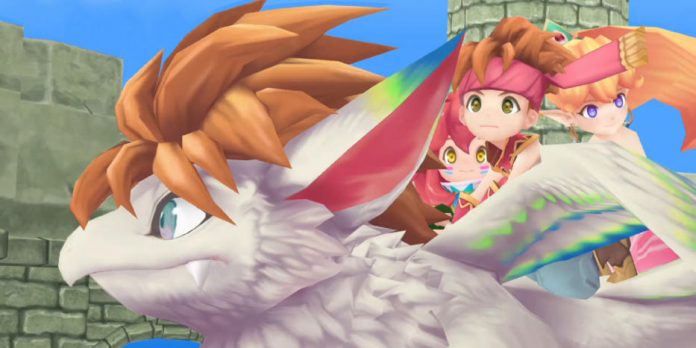 If there was any other game that I played the s*** out of during the SNES era apart from Final Fantasy 6 and Chrono Trigger, it was Secret of Mana. Even if it wasn’t as critically acclaimed as the earlier titles I mentioned, Secret of Mana was a fantastic game that showcased what great storytelling and mechanics can do to a title with 16-bit graphics. When the remake was announced, I was giddy and I was not the only one. While the charm of the original heavily relied on it’s blocky graphics and old school sound, has the remake butchered the legacy left by this timeless classic?

So, what’s the secret?

Secret of Mana tells the story of an unassuming hero, destined to save the world from impending doom as he dons the legendary weapon and rid the world of evil. It’s as cliche as you can get, with no points in originality, but everything in between is where the magic lies. From the 3 player mode to the innovative combat radial menu up until the spell proficiency system, everything about the game just went together so well and you could feel something special about it from the time you lifted the controller to the time you see the credits roll.

This may have just been me but I did not feel the chill or the shivers upon the starting the game. I was looking for that opening howl and was supremely disappointed to not hear it. I quickly scrolled to the options menu to see what I could tinker with and to my surprise, you are able to change the soundtrack of the game to the original version. I was angry at the fact that the soundtrack of the game was unable to hook me at first listen, unlike how the 1993 version did. You’ll know what I mean when I say that the opening howl of the title screen music was one of the most iconic tracks ever and the soundtrack of the game was one that arguably carried it into greatness. When you think about it, something so great was really so hard to replicate especially if you were to rearrange the tracks for the current generation, so they may have really been setting themselves up for failure here, but I guess it wasn’t wrong to expect a lot. To be fair, the soundtrack isn’t all “bad”, it’s just not as memorable.

The next biggest change from the original would be the graphics. I’ll be the first to admit that the style Square employed for the remake was a love it or hate it type of style, I don’t particularly love it but I don’t hate it either. It’s ok. I understand where Square came from though, as this game would not work any other way. I feel it would have dramatically failed if you placed this game with Final Fantasy 15 type graphics, so this cutesy style of graphics was the only way to go. Sure it isn’t groundbreaking, some may say that it actually even feels like a mobile game, but I find this to be just ok for me, nothing more nothing less.

Almost everything about the game has been carried over into this remake, even some of its old skeletons such as the crappy AI where the Sprite or the Girl, now named Popoi and Primm, get stuck on a ledge without knowing how to get to the flight of stairs you just passed by. The simplistic feature of telling your party whether to be passive or aggressive is surprisingly gone and while it’s not a great us of modern AI technology, I would have actually preferred that over the current system in place that is not as effective. Also, as much as I loved the ring menu to see your equipments and items, I feel there could have been a few quality of life tweaks that could have been made, seeing as this is a remake and not a simple remaster.

The battle system is back and it may just be me but I loved how anyone in the party can just equip anything and still be as effective. You get to choose from a variety of weapons, from a chakram to a whip to a spear, each with their own upgrades and playing style as you unlock parts of the story. You’ll want to upgrade every weapon as you are able to since upgrading them unlocks special attacks that look pretty damn cool and each upgrade just adds to the attack animation. From a simple power slash to a multiple hit combo, these charged up attacks are as fun as ever to use and employ in battle. This is an action RPG so battles happen in real time and you cannot simply spam your attacks because there is a timer that you have to wait for until your next attack is at 100% effectiveness again. It’s a simple mechanic, but it’s also great how that brings challenge and a whole new level of playstyle to the game.

Over the course of the game you can unlock Mana Spirits / Elements to help you in your adventure, each representing an element (Salamander = Fire, Undine = Water, Gnome = Earth, etc) that increases in effectiveness as you continue to use them. There’s a simple grind to it, but one that is essential if you are to progress deeper into the game, as you will be heavily dependent on these skills and the perks they bring to your party. Once again, it’s not overly complicated, and in essence that’s what Secret of Mana is, a game that is simple enough to pick up and play that can be enjoyed by everyone. 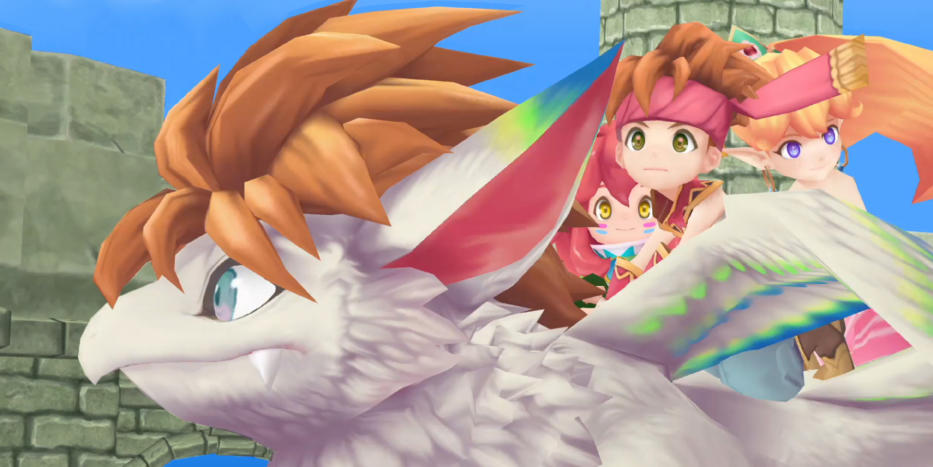 Secret of Mana will take you anywhere from 20-30 hours, but if you were anything like me, I had to upgrade everything to max so it took me more. There aren’t any game breaking secrets or any excessive easter eggs, just really good old fashioned RPG fun that will show you how great RPG’s were back in the day. Now that that’s over and done with, hey Squeenix, maybe Chrono Trigger, Final Fantasy 6, and Secret of Evermore next?

Suffice to say, I’m not 100% happy about how the game was remade. To be fair, it takes a certain amount of care and respect to remake something so great (something like how Shadow of the Colossus did it) so things like this are hit or miss, and I wanted it to hit so bad. To sum it up, I feel that this remake was done lazily and it matters more to me seeing it done to a game I threw my childhood at. Maybe I’m being too hard at it, maybe you really can’t top a classic, but in the end this was me expecting a piece of my childhood to come alive again and unfortunately it lacked a special something that only the old school gamers would really understand. It is by no means a bad game, hence the above average rating, because at its core is an RPG that is still truly worth playing. Just don’t start comparing it to the SNES version because we will have an argument and it’s not something you may want to start.

Secret of Mana is out for the Sony Playstation 4 and you can grab this remake of the 1993 masterpiece via a physical or digital copy on PSN!

Previous articleGeek Lifestyle Review: OPPO A83 | The Affordable Mobile Gaming Gadget!
Next articleASUS shows off the ZenFone Max Plus in the first MAX ESPORTS tournament!

Secret of Mana PS4 Review | A once great game is now just good, and that's not such a bad thingSecret of Mana for the PS4 isn't as bad as others make it out to be. Sure there are a few things we'd take from the original over the remake (I, for one, would LOVE to have the 16-bit graphics back) but even with that said, the PS4 remake is still charming and playable even 15 years later. With gameplay and story that surprisingly holds up even to the standards of today, Secret of Mana is a wonderful nostalgia trip for the 90's gamers like me, just don't expect it to rise out of the shadow cast by the classic.