Samsung Reimagines the Smartphone with the Philippine launch of their Galaxy S9 and S9+!

A galaxy of features await! 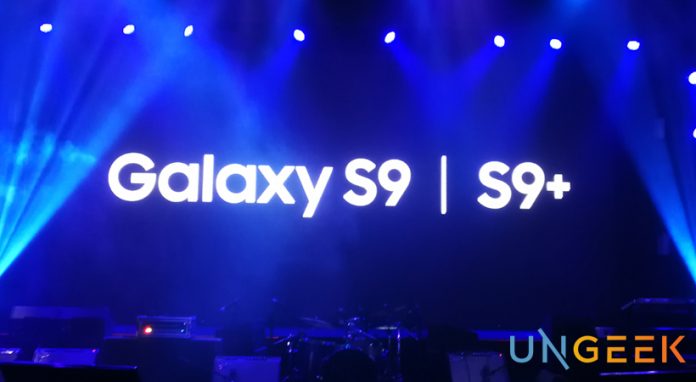 Yesterday, Samsung Philippines officially welcomed the latest iteration of their flagship line, the Galaxy S9 and S9+. Two new wonderful mobile computing devices that aimed to reimagine what a smartphone is and should be. 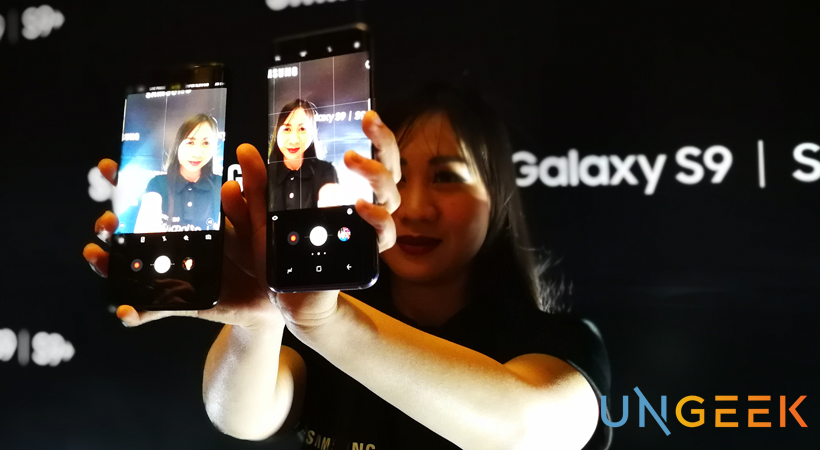 The hashtag for the night’ festivities, aside from the usual brand and product line is #CameraReimagined. And while Samung’s optic come to no question, the S9 and S9+ placed the Samsung camera at the center of every aspect of the phone to truly embrace the growing trend of visual communication regardless if you’re a content creator or not. 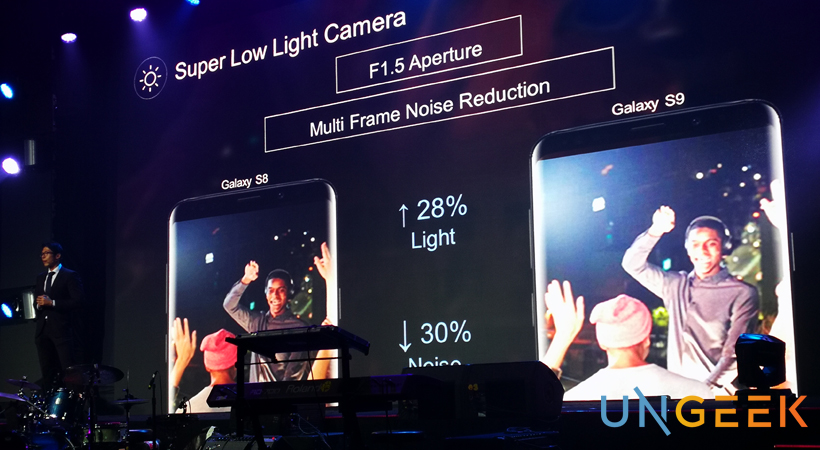 Let’s start with the obvious major highlight of the new Galaxy S9 and S9+ — its dual cameras. The Dual Aperture Cameras built in to the phones allow the flagship phones to adapt to super low light (F1.5) to super bright light conditions (F2.4) . The Galaxy S9 and S9+ are equipped with a Super Speed Dual Pixel 12MP rear camera with autofocus (AF) sensor and optical image stability (OIS). The Galaxy S9+, bumps this up by adding an additional 12MP telephoto rear cam for 2x optical zoom. Both lenses have OIS ensuring your photos (and to an extend, videos) clear and crisp! 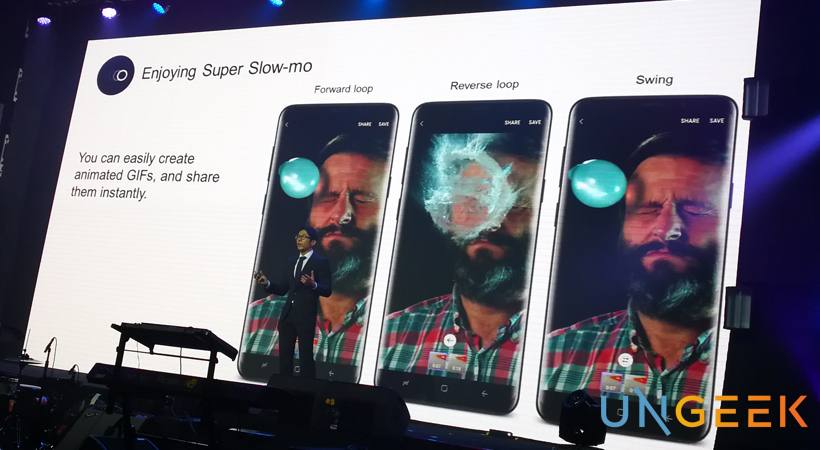 Speaking of which, the Galaxy S9 and S9+ are capable of shooting videos with 960 frames per second for insane slow-motion goodness. The amount of data captured in itself is already cause fo celebration especially if you’re a content creator.

Editing and cutting low-mo capture becomes easier as well with video editing software that comes pre-packed with the units. Export it as a video or as shareable GIFs is quick, easy and painless even if you’re new to editing videos.

AR Emoji’s is also a new trend that the phone company is pushing. You can customize your own avatar emoji that looks, sounds and acts like the user. 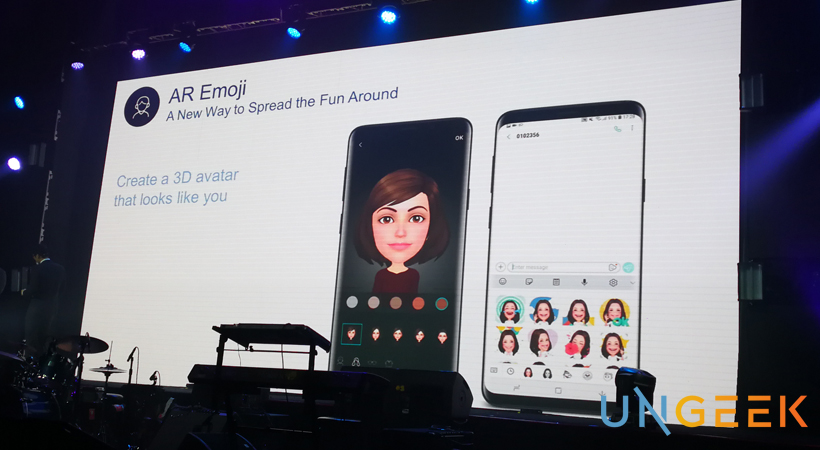 The phone maps out a 2D image of the user and renders them into a 3D avatar with more than 100 facial features creating more personality to your animated emoji. And that’s just scratching the AR Emoji surface!

Perhaps one of the features that I’m personally interested in is Bixby, Samsung’s intelligence platform that’s firm integrated into the camera. Bixby uses various AR and  deep learning technology to provide helpful info about the user’s surrounds — like real time Live Translation of foreign words, currencies and whatnots. Traveling becomes easier especially in places where high language differences occur. All of these key features are activated by smart gestures with your Samsung S9 or S9+ camera. 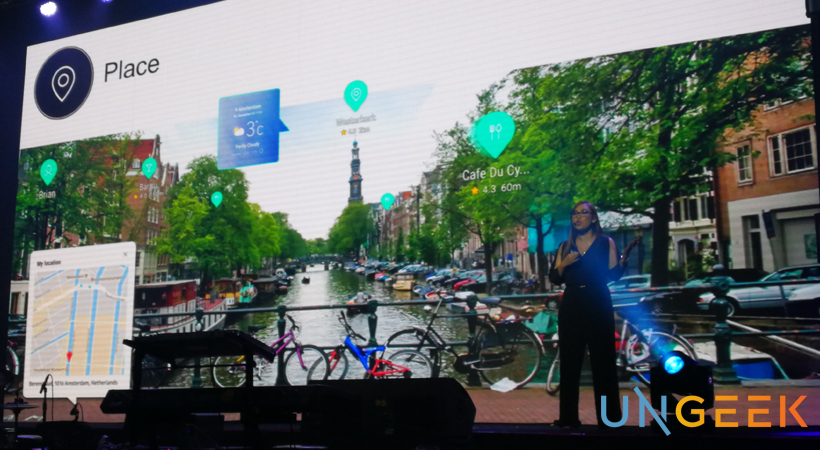 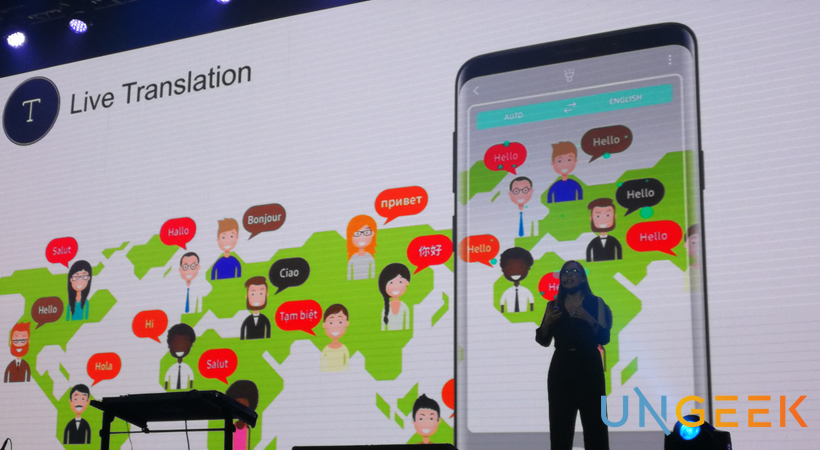 Of course display and overall entertainment is prety much self-assured with the flagship phone. Quad HD curved Super AMOLED Infinity Display envelops the phones front panel providing thinner bezels for more entertainment display goodness! Also missing in the design, is the annoying notch that is present in iPhone X aaaand majority of other Android flagship devices that were revealed in Mobile World Congress. 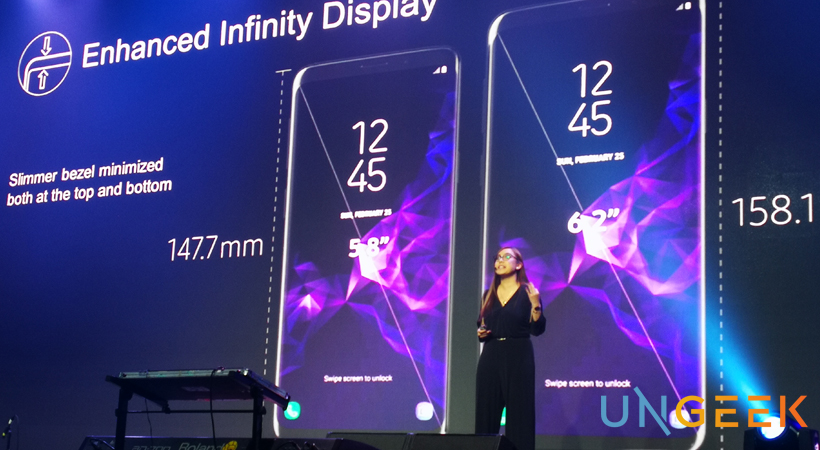 Your S9 and S9+ also doubles as a mini theater as the units are equipped with AKG-tuned speakers that also supports Dolby Atmos 360-degree sound output for super immersive listening!

Speaking of immersiveness, as the first smartphone to support the new SmartThings app, the Galaxy S9 and S9+ can become the central hub to manage every facet of the connected lifestyle at home, at the office or on the go. The SmartThings app will be introduced with S9 and S9+, and will connect to other Samsung and non-Samsung devices. 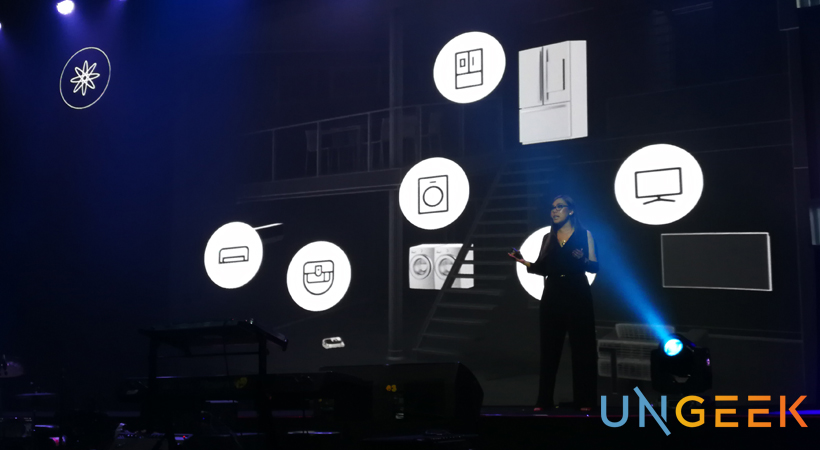 For those constantly on the move, the next-generation Samsung DeX empowers a mobile lifestyle by bringing a large, full- screen experience to the mobile handset. With DeX Pad, a new docking system, users can easily connect the Galaxy S9 and S9+ to a larger monitor, keyboard and mouse to expand the mobile experience with enhanced document editing or even full-screen gaming. Users can also transform the Galaxy S9 and S9+ into a Touch Keyboard and Touch Pad with the DeX Pad.

With all the features, the bells and whistle included in the device, the question in everyone’s mind is does it warrant the hefty price tag? 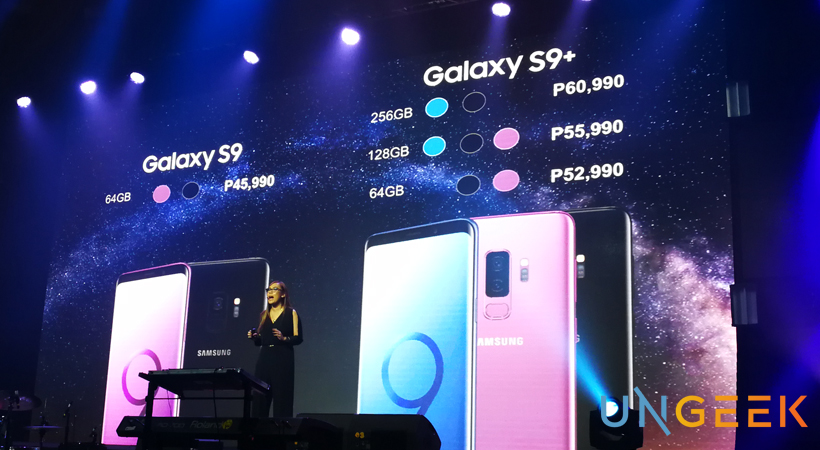 The short answer is, Yes. That’s if you have the capability to dish out anywhere from Php 45,990 (Galaxy S9 64GB) to Php 60,990 (Galaxy S9+ 256GB Pre-order Exclusive) and you’ll be maximizing all the features that the phone has. And while it does have a relatively hefty price, Samsung has partnered with various payment institutions and employed a couple of pre-order promos to help ease the spend. For one, you can get the Samsung S9 and S9+ for 24-36 months at 0% deferred payment. A great move for people who may want the most advanced Android smartphone in the market to date but do not want to dump a whole wads of cash in one go. There’s also a trade-in/ trade-up promo all to mitigate the spend. 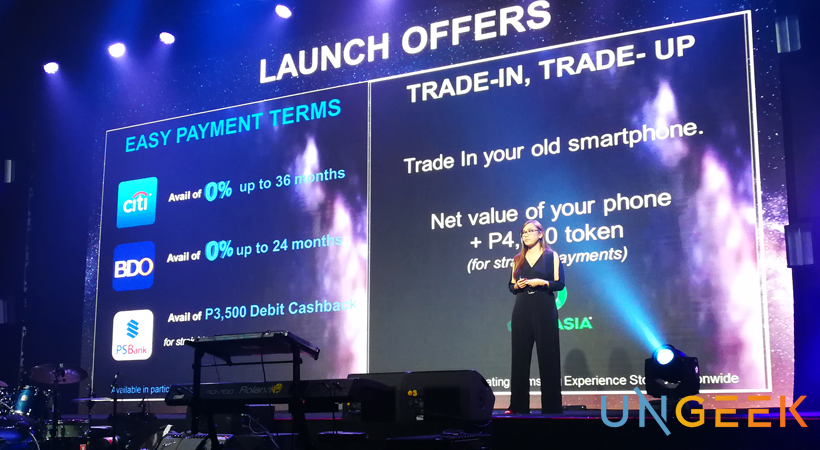 To sweeten the deal even further, Samsung is offering additional freebies when you pre-order until March 11 (which means you have a day to decide). At the official Samsung store, pre-ordering our units will net you a choice of AKG S30 Bluetooth Speaker or Wireless Charger Convertible or a Samsung voucher worth PHP 3,500 which may be used on any Samsung mobile product in the same store on the same day of purchase. Additional complimentary giveaways include a 6-month Screen Warranty voucher, Zalora and honestbee vouchers, and 10% off on selected Samsung wearables.

If you absolutely must have the S9 and S9+ before everyone else, you may want to check Lazada’s pre-order promotions (also until March 11). You get a free Wireless Charger Convertible worth PHP 4,099 and an exclusive TUMI case worth PHP 2,999. Lazada will also be delivering the pre-ordered units starting March 12, which is 4 days before its official market launch. Click HERE to know more.

We’ve yet to really spend a lot of time with the unit but from what our sister site, Unbox.ph, has been reporting, it seems that the S9 and S9+ is another clear winner from the korean smartphone brand. We’ll keep you updated when do finally get to test the unit extensively.

- Advertisement -
Previous article
The OPPO A71(2018): A speedy phone that your wallet will love!
Next article
TA-DAH! And just like that Deception is here!