Game On! OPPO F7 and MediaTek’s takes on the challenges of the modern mobile consumer! 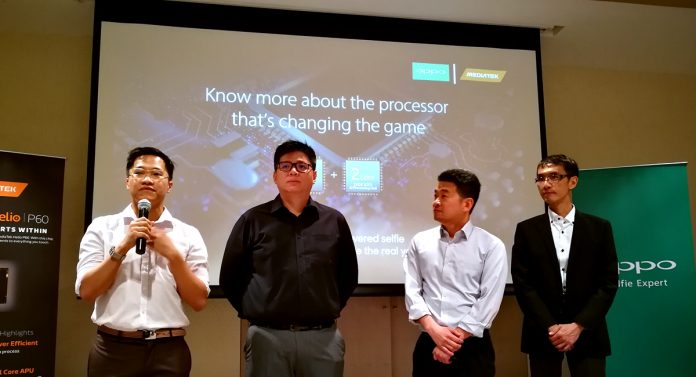 Okay, we’ll go right down to the nitty gritty, MediaTek has a branding problem. For the most part, people always assumed that the chip brand is subpar compared to its competitor. What most people didn’t know (and came a surprise for me) is that MediaTek isn’t just a phone processor manufacturer. They’re one of the largest semiconductor brands in the world and powers up more items than you probably know. 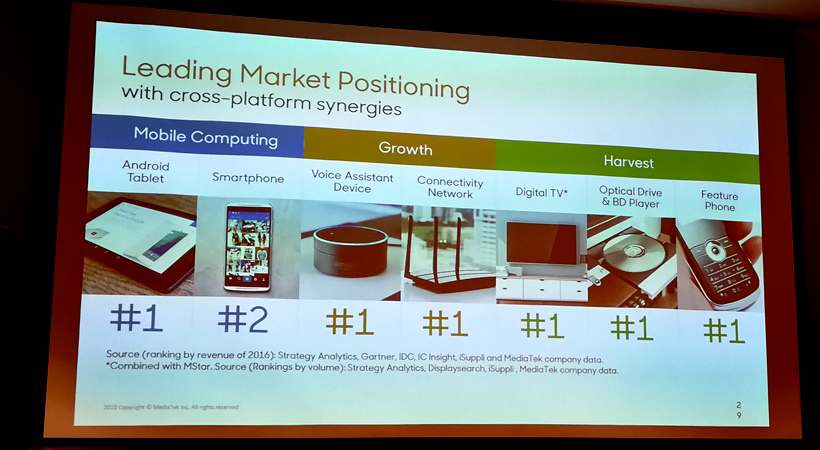 So, when the guys from MediaTek, through OPPO Philippines, decided to talk to the local media and share their excitement about the Helio P60 – one of their latest chip and first to be housed on the OPPO F7 – we agreed to attend.

GEEKING OUT ON POSSIBILITIES

Producing an OPPO smartphone takes a back-and-forth collaboration between the brand, their internal designers and small parts partners like MediaTek to create a fully realized piece of technological artwork. We’ve witness the meticulous production line and product care steps that OPPO ensures in outing every piece of hardware that they have from last year’s OPPO Factory Tour, and now it’s great to hear from their partner that powers the other end of the F7 equation.

When TL Lee, MediaTek General Manager for Wireless Communications Business Unit, was mapping out the benefits of the Helio P60, what caught my attention were two things: it being a Multi-core Ai powered processor housed on a tiny 12nm chipset and how the Helio P60 is specifically crafted to optimized multitasking processing and intelligently allocate and detect processing power if you’re using system-demanding apps or not. 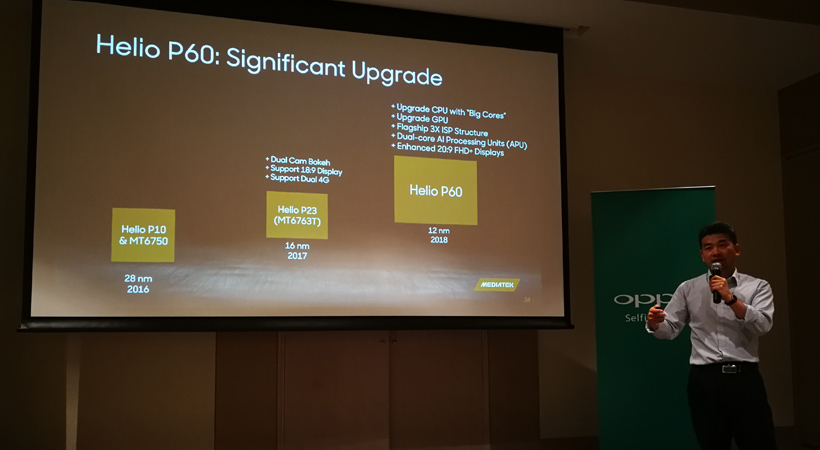 Which led me to believe that the F7 with MediaTek’s Helio P60 is ready to take on the newer mobile games that are out (and coming out) in the market. While on our own testing the some of the games we tested automatically chose to set the graphics at mid, we were able to play through most of Final Fantasy XV Pocket Edition and Mobile Legends, and PUBG Mobile without much hitch. 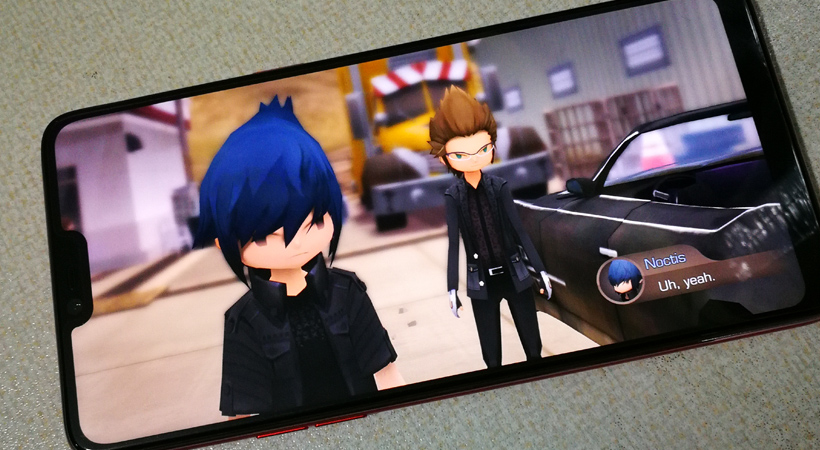 The hardware, theoretically, can take the gaming strain because of the design of the P60. The mobile APU (Artificial Intelligence Processing Unit) of the Helio P60 allows the smartphone to optimize its app processing, uh, process through the power of Ai. See, it’s not just for beautification.

Ai’s goal is to learn how to optimize the phone to suit your need hence the more you use it, the better and richer the experience becomes opening the thrust of exploration and experimentation on your OPPO F7.

In a wonderfully crafted infographic in their website, the Helio P60 can be summed up as such: 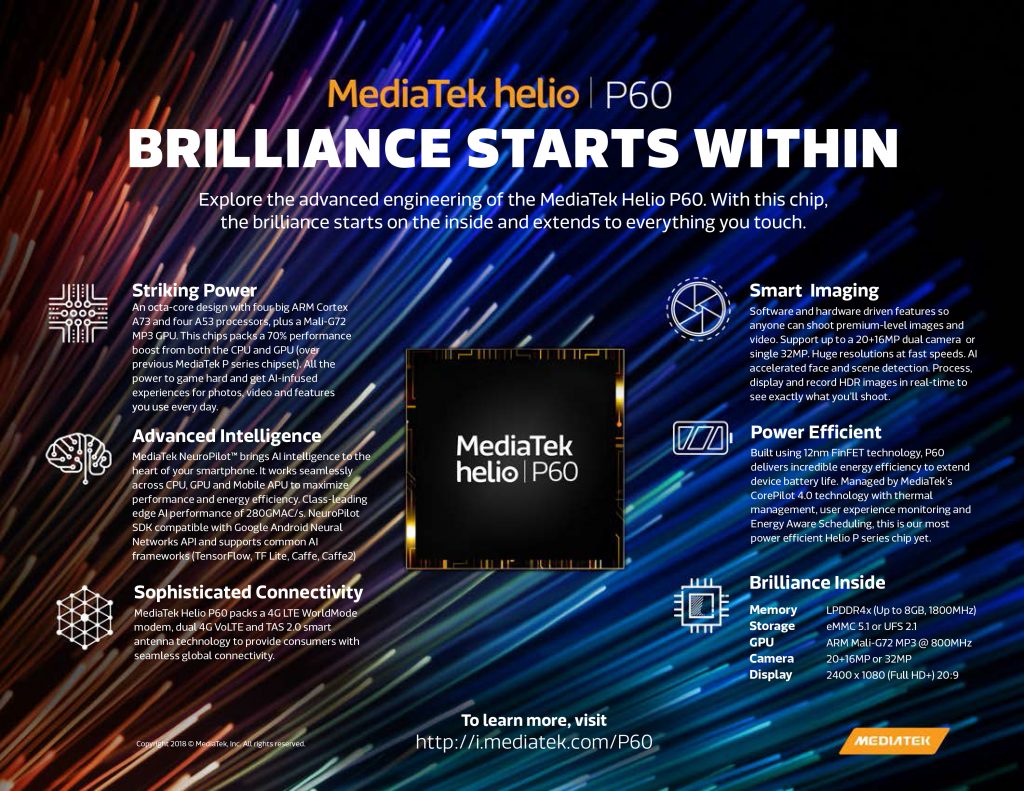 Another aspect that intrigued me was the MediaTek NeuroPilot™, a proprietary Ai tech that self learns how to optimize and distribute energy efficiently and make sure that the apps you usually use open quicker and in tip-top shape. 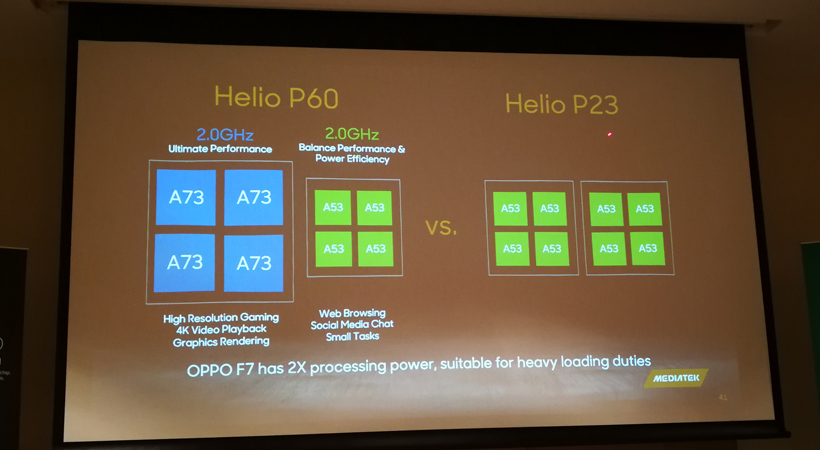 And while your smartphone can probably play a whole lot of mobile games with ease and efficiency, it’s only as good as its battery allows it to. This is where the Helio P60 shines compared to its predecessors. With the 12nm FinFET technology, the chip helps extend battery life without overheating the device faster or hotter than some of its competition. In an independent study commissioned by OPPO, they found that while other smartphone chips can replicate the P60’s capability to run apps, they fail in keeping the device in a cooler state than it should. There was one chip (although I feel this is last year’s generation) that reportedly increased the core temperature of the phone to whopping 40.7 degrees Celsius. Wild! 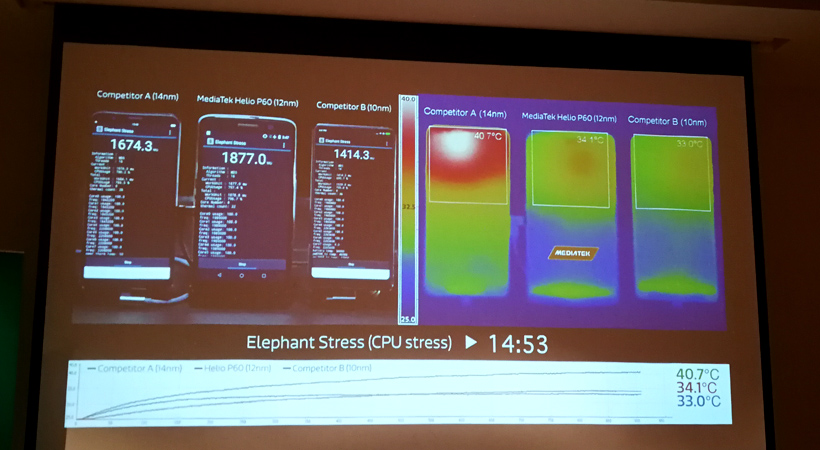 On a practical note, having had the pleasure of using the OPPO F7 for about a month, I can say that I haven’t had the need to charge it as often as I should and that I had an amazing time taking photos over at my sister-in-law’s beachside wedding which is a testament to both OPPO’s design, form factor and robust internals thanks to the Helio P60.

READ ABOUT MY FULL REVIEW OF THE OPPO F7 HERE.

If anything, with the tremendous improvement of MediaTek chips, we can safely say that they’re not just ready to tackle the competition, they’re changing the game altogether.

- Advertisement -
Previous article
Non Spoiler Review: Ryan Reynolds is better and badder this time around in Deadpool 2
Next article
Finn Jones, Jessica Henwick, and Other Guests Announced for APCC 2018