MAY this be a good month for Gamers? Here’s the list of titles coming this May 2018!

MOAR games for the month of May! 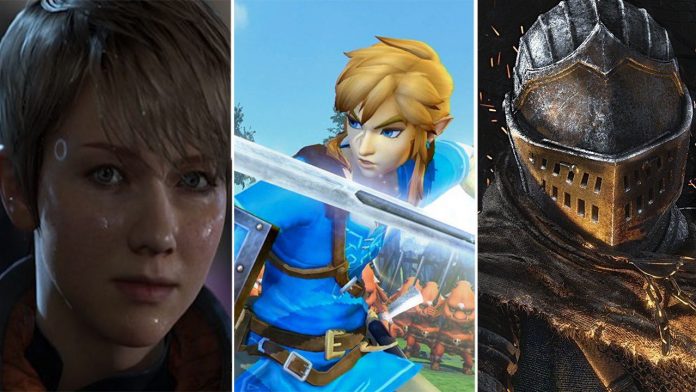 April 2018 was an amazing month for gamers with the release of the critically acclaimed God of War making it the talk of the month. Which makes us wonder what May could offer to us. Here are some of the big hitters!

Let’s start the list with the big buzz from Quantic Dream, the studio behind Heavy Rain and Beyond: Two Souls. Expect a gripping storyline set in the future where androids with sophisticated AIs live alongside humans. However, some androids have evolved further and developed a desire to be treated as equals in the society. Your choices will affect the outcome of the story as well as your feels.

We also have 5 reasons why this game is great so be sure to check that out.

This Survival horror game is a follow-up to the 2013 game with the same title. You have to manage your resources while fighting and/or sneaking away from hordes of zombies and other NPCs. This sequel also introduces the new co-op play with up-to three players.

Prepare to die all over again with this remaster of the original Dark Souls coming to the Xbox One, PS4, and PC. It’ll also be bundled with the Artorias of the Abyss DLC. In case you didn’t know, Dark Souls is set in a hard woven world and is known for its difficult yet fair gameplay. The Nintendo Switch version was supposed to be released along the other versions but is now delayed, and set to release this summer.

It’s been quite a while since we played Breath of the Wild and it’ll definitely be an even longer wait for the next Zelda game! But if you’re craving for more Legend of Zelda action, fans can definitely pick-up this Dynasty Warriors-like entry to the Zelda franchise. The Definitive Edition also includes all previously released content from Hyrule Warriors and Hyrule Warriors Legends, including every map, character, mission, and all downloadable contents plus the game adds new Link and Zelda Costumes based on their appearance in Breath of the Wild.

This is a remake of Megadimension Neptunia VII that features PlayStation VR support. The new Virtual Reality events lets you make memories with your favorite goddess and spend some time with them in the VR Dimension.

And here are the other releases slated for the month of May!

Here’s looking forward to another awesome month of gaming!

- Advertisement -
Previous article
Here are your Sony Playstation Plus free games for May!
Next article
Upcoming Yu Yu Hakusho OVA Will Reveal Hiei and Kurama’s Past